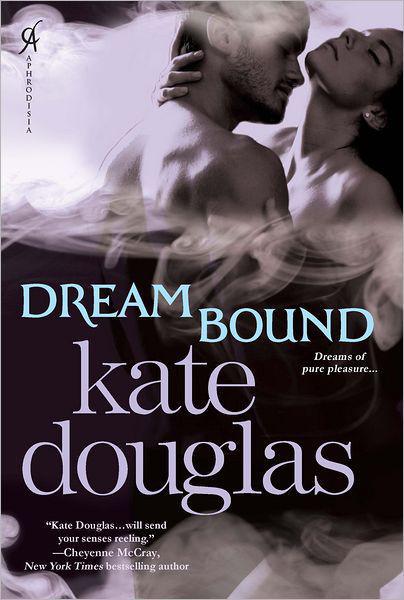 This one’s for my husband, and not just because
he took me all the way to Hat Creek in the High Sierra
to tour the Allen Telescope array in preparation
for writing this series. No, it’s because after
forty years and counting, the man still makes me laugh.

My sincere thanks to my terrific, eagle-eyed beta readers Jan Takane, Lynne Thomas, Rose Toubbeh, and Karen Woods, for their insightful comments and great catches! Sometimes writing really does feel like walking a tightrope without a net, and these terrific ladies are there with the catch. Any mistakes are—quite obviously—my own.

Thanks also to my editor, Audrey LaFehr, and her
assistant extraordinaire,
Martin Biro. Audrey, for once again taking a chance on one of my totally out-of-the-box ideas, and Martin, for keeping me in line, though not necessarily in the box.

And, as always, to my fantastic agent, Jessica Faust, of BookEnds LLC, who not only sees the forest through the trees but manages to keep me on the right path. Thank you.

I
f she’d had her human body—the one she loved with the violet eyes and long dark hair—Zianne would have wept. This one could only feel sorrow—not physically express it. She’d left Mac only moments ago—a few minutes for her and almost twenty years for him. It had been such a simple thing to make her nightly slip through time, passing from twentieth-century Earth and returning to the Gar’s craft in its stationary orbit behind the twenty-first-century moon.

How had they discovered her absence?

She’d been so careful. Her fellow Nyrians had covered for her, yet somehow the Gar—their captors—knew. The Nyrian elders had warned her as soon as she materialized within the ship. They’d explained that her soulstone was locked away; that the Gar waited, ready to entrap her, should she come to claim it.

Once they knew which one of their captives had been stealing away and visiting Earth, they intended to make an example of her. She would die a very public and painful death, her energy slowly, painfully leached away until nothing was left.

Until even her soulstone crumbled into dust.

It was too soon. She and Mac were close, but she hadn’t had time to teach him enough. The technology he was beginning to develop in Earth’s year nineteen hundred and ninety-two was much too primitive. He’d had twenty years, but still, he couldn’t possibly have learned enough to create the sophisticated equipment with the kind of power they needed to free Zianne and the few survivors of her race.

But she had no choice. She’d been away from her soulstone for twelve full hours. If she returned to the past, she’d use up what energy she had left. Her only hope—her people’s only hope—was that somehow, some way, MacArthur Dugan had pushed Earth’s technology far enough, fast enough, to have everything ready by now—
now
being twenty years later for Mac.

Had he loved her enough? Had he believed in her enough to embrace her goal as if it were his own? Did he still love her? It had been mere minutes for Zianne since Mac last held her in his arms, since he’d made love to her, but it had been twenty long years for her beloved Mac. Would he even remember her?

And if he remembered, would he forgive her for abandoning him without warning? At least she had hinted to him this might happen, that her absence might be discovered before their work was done. She’d worried that the truth might turn him away, but instead it had pulled him closer. He hadn’t shied away from the truth at all—instead, he’d embraced her.

He’d already guessed she wasn’t human, that she was an alien being, so it wasn’t a terrible leap to explain the rest, that she was one of the last few members of a dying race, a creature of pure energy given form through the power of his mind.

Most precisely, his amazing sexual fantasies, images so strong and true that they had given her a glorious body and so many wonderful
human
abilities.

He’d loved her then. She had to believe he still loved her. She had entrusted the entire future of her people to one brilliant man. A man she had fallen in love with despite the differences between them.

She would not give up hope. Her people could not abandon hope. With that prayer in mind, Zianne slipped into the engine room where her fellow captives surged and glowed, powering the Gar’s vast starship with their sentient energy. Pausing near the heart of the ship, she sent her thoughts out to the ones who labored for their unrelenting masters.

I am returning to Earth. Mac may not have had enough time or enough knowledge to build the antennae and receivers for us. If he can’t help us within the next couple of days, my energy will cease and I will die, but before I’m gone, I’ll do my best to convince him to keep trying. I am certain he will do everything he can to save all of you. He’s a good man. A loving man, but he’s only human. He can only do so much.

She heard Nattoch’s measured tones, the Nyrian elder who had trusted her to find a way to free them from bondage.

Dear Goddess ... she hoped she had not failed.

Go with Nyria’s blessings, child, and go with what soul energy we can share. You have done all you can and yet you continue to forge ahead. If you fail, your soul will return to our goddess. If you succeed, you will have saved these poor remnants of a once proud civilization. Our love goes with you. Our hopes and our dreams and what little strength you can carry. Now quickly, before you are discovered. Find your human, and bring us to our new home. Our refuge on Earth.

She might not be able to weep in this form, but her sorrow was every bit as real, her fear as profound. She felt it then, a powerful burst of energy as her fellow Nyrians fed her with what they could from their own souls. Shivering with the sensual wave of power flowing across her body, she took them into her, took their love and their generosity, and along with that, their hopes and dreams.

With a final glance at the few remaining members of her kind, Zianne slipped through the molecular structure of the ship into the endless darkness of space.

She searched for the one mind strong enough to call her.

Searched for him now, in the present.

It took longer than she’d expected. He was changed. Older now. Weary. So weary and alone, and yet he thought of her. Still loved her, longed for her, and dreamed of her.

With hope driving her onward, Zianne linked her energy to his, and followed the patterns that would take her back to Earth. Back to an Earth twenty years older than the one she’d left this morning.

Back to MacArthur Dugan. An older, more jaded, more cynical Mac Dugan, who, with Nyria’s blessing, might hold the power and the knowledge to give her people their last shot at a future.

Rodie Bishop paused in the open doorway to the large conference room, hesitating as she might not have done just a few months ago. She forced her active mind to still, to expand and experience. The room was big and sterile and almost empty—a typical corporate meeting room designed to hold hundreds, not a mere handful. She’d been here for five prior meetings over the past two months. Those other times the room had overflowed with people, had been filled with a different energy.

This time, the occupants were changed, the mood altered, and so she used this new sense she had that occasionally allowed her to check things out on a different level. A more intimate level. Casting her thoughts forward, she studied the room and the few souls in it as she worked up the courage to go inside.

Stupid, really, the way she’d become such a damned coward almost overnight, but a violent assault on her way home from work had really done a number on her—that along with the world’s worst breakup. Of course, that had been so bad it was almost funny.

Maybe someday she’d actually be able to laugh, though she couldn’t see it all as bad. Not when the combination of crap had somehow kick-started this weird thing in her head. A new ability that allowed her to sense danger, to pick up on the various kinds of energy swirling about.

She’d always been a perceptive sort, but now? Now she took perception to an entirely new level that was beyond exciting. She just wished there was someone she could tell about it, but who the hell would believe her? Most of her acquaintances already thought she was nuts.

Casting her thoughts wide, she felt nothing that raised any concerns. She took a deep breath, focused on one of the empty seats, and stepped into the room.

Disney After Dark by Ridley Pearson
Divisadero by Michael Ondaatje
Echoes of Mercy: A Novel by Kim Vogel Sawyer
The Third Duke's the Charm by Emma Wildes
Never Alone by Elizabeth Haynes
After the Prophet: The Epic Story of the Shia-Sunni Split in Islam by Lesley Hazleton
Front & Center (Book 2 of the Back-Up Series) by A. M. Madden
Casting Stones (Stones Duet #1) by L. M. Carr
Necessary Force by D. D. Ayres
Bite Me (The Transfigured Ones Book 2) by Michelle Roth