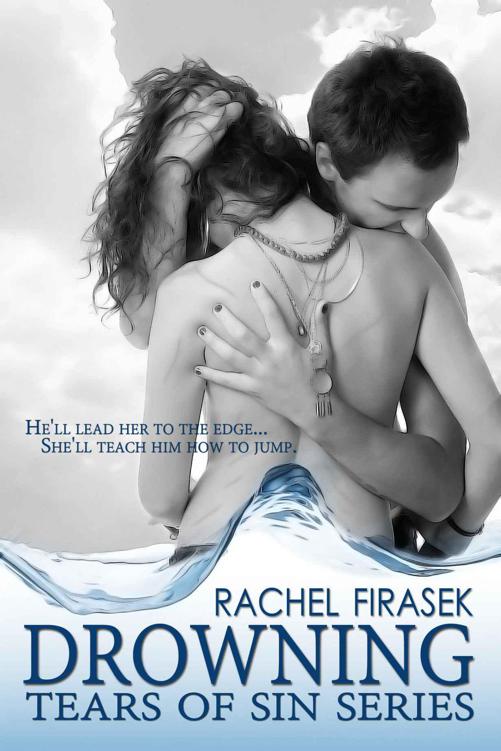 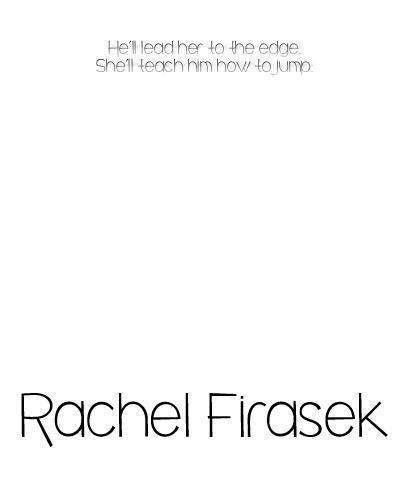 This book is a work of fiction. The names, characters, places, and incidents are fictitious or have been used fictitiously, and are not to be construed as real in any way. Any resemblance to persons, living or dead, actual events, locales, or organizations is entirely coincidental.
http://rachelfirasek.com.

Cover by Marion Sipe
Formatting by
Inkstain Interior Book Designing
All Rights Are Reserved. No part of this book may be used or reproduced in any manner whatsoever without written permission, except in the case of brief quotations embodied in critical articles and reviews.
Property of Rachel Firasek November 2013.

S
OME DAYS
,
THE WIND BLOWING
through my hair calms me, soothing the angst tracing each scar across my body. Then there are days like today when the breeze tears at me like a pack of piranhas, and all I can think of is swimming away before they pull me under.

“Alice, it’s your turn.” Someone calls to me over the blare of the radio and the blast of Blackcats being thrown over the cliffs, but I’m enjoying the tongue thrusting in my mouth too much to care.

Bo, the hot guy we picked up on the way, has been entertaining my lips and hands for the last hour. He’d been hitching to the lake, and even though my friends moaned and groaned when I forced them to stop for him—I wouldn’t let someone else intent on experiencing the peace of the water spend miles of waiting and walking to get here.

His mouth fits across mine, stroking my lips with a steady lashing. It’s nice to forget everything but the worry of what he’ll do next. He teases the edge of my T-shirt up, but I shove his fingers away, and he doesn’t push it. His need twitches along my hip as I sit across his lap. One calloused hand slides up the inside of my thigh. I clench my legs to stop him, aggressively attacking his lips with mine to keep him interested but distracted. I’d kiss him all day, and that was as far as I’d take it. I’m a horrible person. A control freak at heart. This is just one of the many games I’m good at.

I jump up and hop away from the desire in his green eyes, smacking him with one last wet kiss before dancing to the cliff’s edge.

Molly slides up beside me and digs her pointy elbow into my ribs. “Are you sure you want to do this?” She leans over and shivers. My sister, by father only, has never understood my need for the rush. Her mother kept her from anything that led to a deep passionate response, and mine had nurtured going with my gut. Two souls who shared blood had never been more different. The only thing that made us compatible was a love transcending reason. Sisters are forever. “It’s a really long way down.”

“That’s the best part. Don’t worry, Mole, the adrenaline takes away the pain of impact. I promise.” I step away from the edge. To make it out far enough to miss the jagged rocks against the cliff’s base, I need a solid leap. “Wish me luck.”

The hitcher silently presses up behind me, fits his body to mine, and whispers into my ear, “Good luck.” He licks my lobe, and my stomach does a little flip—not in a pleasurable way.

I suck in a deep breath, disentangle my limbs from his greedy hands, and run. Six pounding steps and I’m here. Right on the brink of pain. Right on the edge of escape. Right where I want to be.

The ground turns from grass to rough stone. I kick off and there’s nothing. Only air. Lovely, free air. It beats against my skin, killing the piranhas and the memories. For one brief second in time, I’m not drowning anymore. 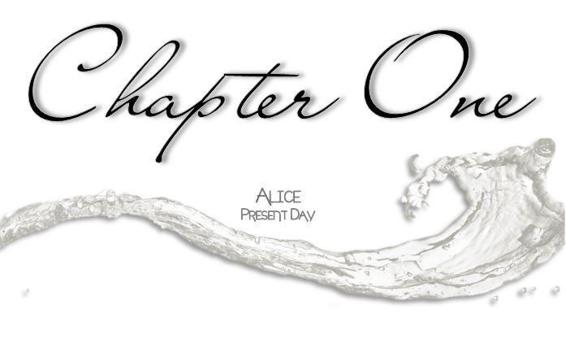 I
CHOP ONIONS
,
SLICING AND
dicing until tears roll down my face. I don’t hide them. No one deserves the damning evidence and the misery more than me. A stray, black curl slips from the loose knot on top of my head and floats through my blurry vision. I blow at the exasperating lock tickling my nose. The first few taps of metal on wood beat out the sound of my knife against the cutting block.

Molly’s new walking stick catches on the bedroom door frame. I want to rush to her side and help her, but she has to do this on her own.
She’s blind, not incapable,
are words to live by at this point. I drop the knife on the counter and wrap my fingers under the marble edge, holding on. I can’t go to her. I will
not
go to her.

To Be a Family (Harlequin Superromance) by Kilby, Joan
Russian Mafia Boss's Heir by Bella Rose
Roping the Wind by Kate Pearce
First In His Class by David Maraniss
Corsair by Dudley Pope
An American Spy by Steinhauer, Olen
The Secret Diary of Lizzie Bennet by Bernie Su, Kate Rorick
Dead Souls by J. Lincoln Fenn
A Map of Glass by Jane Urquhart
The Merchant and the Alchemist's Gate by Ted Chiang