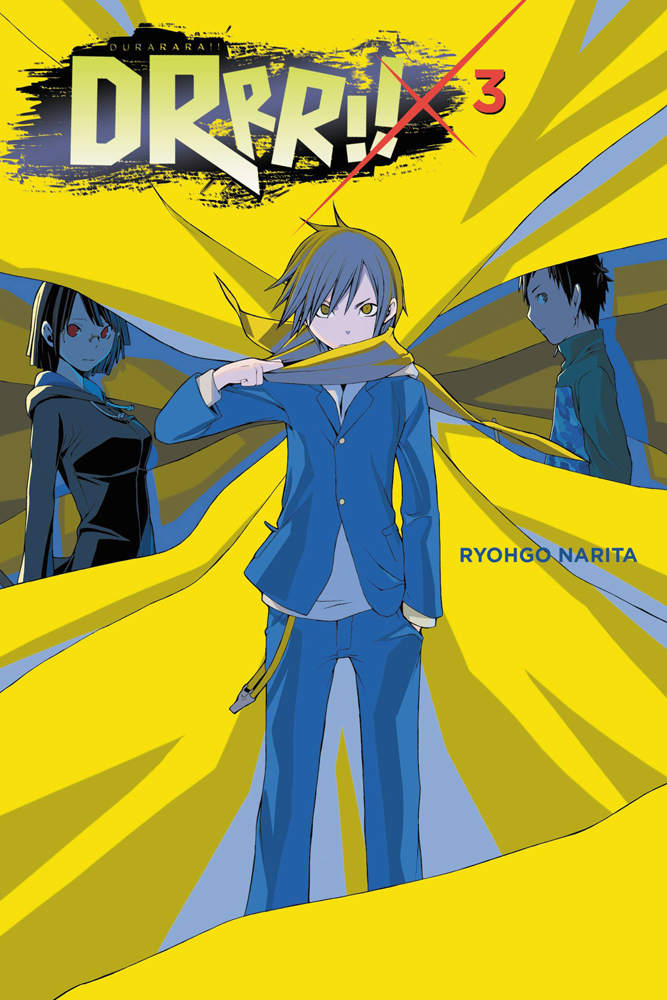 Hey, you. You ever killed someone?

Pretty much anyone who’s worked on a big farm has killed something.

Chickens, cows. Killing really takes it out of you.

There are lots of ways to get over that: experience, environment, religion, hunger. But until you get to that point, it’s still rough.

Once you’re a full-grown adult, not a stupid kid, some people aren’t even sure if they want to stomp on a line of ants. What about you?

Whoa, whoa, whoa, hang on. C’mon, I told you not to look at me like that. I’m not trying to lecture you, and I’m not preaching a religion or a vegetarian diet or anything like that.

Listen, I’m not talking about animals here. I love raw meat. I have pride. But all that aside…

The thing is, it takes a lot of labor to kill a person.

I mean, don’t get the wrong idea. People die easy. Push ’em off the train platform, wedge an ice pick into the back of their head, and that’s it. Age, sex, and experience all mean nothing. If you can’t beat them in a fight, just poison them.

Anyone with eyes in their back who can dodge bullets and digest poison isn’t a mere human, so they’re not applicable to this exercise. Rule out the Headless Rider, who might be dead from the start for all I know, and that freak of nature who throws vending machines one-handed.

…Oops, I’m getting off track. Sorry.

At any rate, you can kill people real easily.

But it takes an incredible amount of work to actually kill.

People die quick, but it takes labor to go from “wanting to kill” to “killing.”

You often hear about stupid kids thinking they were just gonna beat on a guy, real easy, and then he just up and died on them. Right?

But when you have an adult, someone much, much stronger than a kid, possibly in possession of a gun…and they calmly think to themselves,
All right, I’m going to kill him
, that takes quite a lot of mental effort. Especially the first time. It’s different once you get used to it—then there’s no going back. At least, according to what I heard a soldier say once on TV when he came back from some war or another.

What I’m getting at is, it’s really, really hard for normal folks like you to rationally kill a person.

It’s a whole lot easier to suddenly go into a rage, scream that you’re going to kill someone, and then start firing.

Someone without intent to murder can’t kill a person. If they do, it’s an accident. There’s still a punishment for that, of course. The only difference between “I killed him” and “I accidentally killed him” is the level of intent.

So let me ask again.

Could you kill a person?

You sell information in Shinjuku, toying with people however you like.

But you love human beings more than anyone else around. Isn’t that right?

I’ve heard about you, Izaya Orihara.

Could you kill a person? With your own hands, I mean.

Instead, you stab them with a knife real weak so they don’t die, and you pretend you’re a real bad guy.

Either way, you’re gonna use them, right?

You know, it’s laughable what a cowardly creep you are.

—SETTON HAS ENTERED THE CHAT—

[Are you just copy-pasting that mechanical laugh? What’s up, Tarou?]

{Well, what else can you do? Check out the backlogs.}

[Yes. You were talking about him?]

|i’m going to leave for today|

[Huh? Where is that displayed…?]

|i’m sorry for not saying hello|

—SAIKA HAS LEFT THE CHAT—

[That reminds me, there was just that armed robbery in Ikebukuro, so I hope everyone’s being careful walking around the area.]

{First, a slasher, now guns? It’s getting dangerous out there.}

[Yes, a few times since then. The viruses and whatnot are fine now. She’s just not used to computers yet, so I’m giving her some tips.]

[Re: always dangerous—Yes, someone I know told me that even back in the Edo period, there were many street slashers around here.]

[Looks like I have some work all of a sudden. I’ve got to go.]

—SETTON HAS LEFT THE CHAT—

{I’m not going to keep playing this game.}

—TAROU HAS LEFT THE CHAT—

—KANRA HAS LEFT THE CHAT—