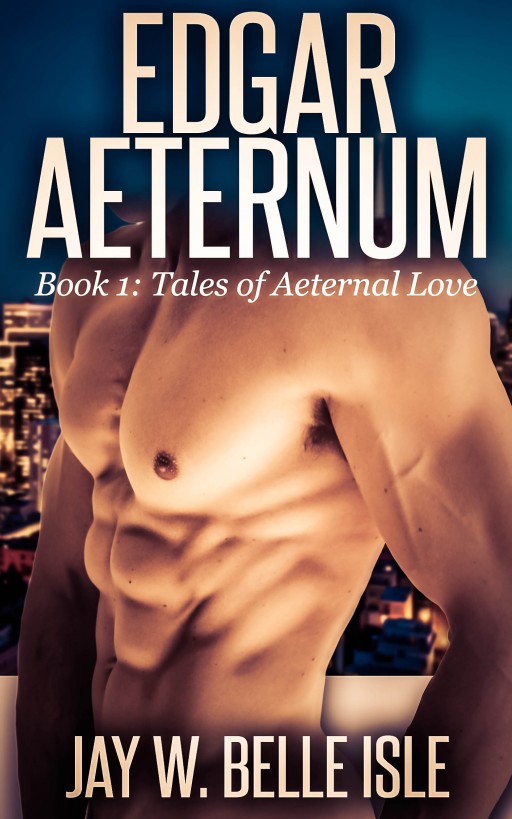 No part of this work may be copied,
reproduced, altered, stored in a retrieval system or transmitted in
any form, in any way, without prior, written permission from the
author, except by a reviewer who may quote brief passages within
the review for publication in a newspaper, magazine, journal, or on
a website.

This story is a work of fiction. Names,
characters, places, and situations are the products of the author’s
imagination and intended to be fictional. Any resemblances to
actual events, situations, or persons, alive or dead, are entirely
coincidental.

All musical and artistic references in this
work are the property of the artist mentioned.

This book contains adult sexual situations
and is intended for readers of legal age in the country in which
they reside.

This e-book is licensed for your personal enjoyment
only. This e-book may not be re-sold or given away to other people.
If you would like to share this book with another person, please
purchase an additional copy for each recipient. If you’re reading
this book and did not purchase it, or it was not purchased for your
use only, then please return to your favorite e-book retailer and
purchase your own copy. Thank you for respecting the hard work of
this author.

I dedicate this book to my mother for her patience
and support; to my friend & fellow author, Alicia Quigley for
helping me believe I could do it; and to N., always and
forever.

Sometimes I miss
the twentieth century. Especially the music! Ah gods, the 80's had
the best music ever! Of course, that's when I 'came of age', as the
saying goes. I hate that saying, by the way. Oh, I came a lot in
the 80's, but it had nothing to do with age. It had everything to
do with being sixteen and looking twenty-one.

Don't get me wrong; the twenty-fourth
century has its advantages. Low pollution, near unlimited energy,
space travel - yeah, we finally made it out of our solar system and
we're not alone, but that's another story. Medical science made
some incredible leaps, too. No more cancer, Alzheimer's or AIDS. In
fact, no STDs at all; this is a godsend for those of us who hate
condoms. I know, so not the politically-correct party line from the
twentieth and twenty-first. But let's face it: Sometimes it doesn't
feel the same. Fortunately for me, PC is also a thing of the past.
It still gets the archaeosociologists hard, but I'm more than OK
with it. Of course, condoms still get used as birth control, but I
don't have to worry about that.

The smooth transition from motion to
stillness, barely noticeable unless one looked out the window,
wasn't what disturbed Edgar's nostalgia; it was the change in the
hum. The higher-pitched tone gradually lowered to an almost growl.
Edgar opened his eyes in time to see the magna come to a full stop
at Altair Station, the one nearest Edgar's apartment building.
After the chime and the automated voice announcing Altair, Edgar
stood and stretched. At 6' 1", he had to bend his hands back,
putting his palms against the smooth roof of the magna. Efficiency
in design being the trademark of the time, no space was wasted;
with a population of fourteen billion, there was no space on Earth
to waste. Given that the average male peaked at 5' 6", anomalous
gents like Edgar had to put up with certain inconveniences. Mostly
minor, such as stretching in a magna; however, the limited leg room
on hyper-lifts created more of a problem, making it an
uncomfortable experience. Fortunately, the main benefit of
hyper-lift travel was speed, so it was a short-lived
inconvenience.

The middle-aged woman seated near the front
of the train gave Edgar the once-over as he passed. It was
something he'd become accustomed to without taking it for granted.
His height notwithstanding, Edgar's looks made him noticeable; a
tight, muscular build, slight tan and perpetually windblown sandy
blonde hair combined with clear, ice-blue eyes to make him a
memorable man. The wink he tossed at the woman brought a smile to
her face which Edgar returned, showing his own pearly whites. He
could almost feel her eyes following him as neared the magna exit.
He knew from experience that the black leather-like pants he wore
highlighted his tight ass perfectly. They also showcased his full
package better than a twen-cen Madison Avenue marketing campaign.
The firm grip they put on his cock kept it semi-hard when he wore
them; they were the perfect get laid pants, especially paired with
the skin-tight, white shirt of the same material. The short sleeves
stopped just shy of the beginning of his biceps and the deep vee of
the neck showed just enough skin to make even the shyest person
steal a glance. The shirt looked like it was sprayed on, so tight
that the even the divisions of Edgar's six-pack were easily seen.
Once off the magna, Edgar stopped, turned and waved at the woman
just before the train left the station. It never hurt to do a
little harmless flirting when it made someone feel good.

At this time of night, Altair was quiet. A
slight breeze ruffled Edgar's hair as he stood enjoying the peace.
Normally, the station was a hive of activity, located as it was
close to a prime residential area. During rush hours, the
professionals who made up the bulk of the neighborhood swarmed like
frantic bees. Whenever possible, Edgar avoided the station when it
was that busy.

Eyes closed, he let the breeze wash over him,
enjoying the gentle caress. After a few seconds, Edgar inhaled
deeply, savoring the clean, cool air. He opened his eyes on
exhaling and started off toward his apartment, a few blocks away.
Despite the fact that he only occasionally freelanced as a writer
for something to do, Edgar enjoyed living in Altair, a neighborhood
primarily composed of career-oriented young professionals. They
were often not home which allowed Edgar a great deal of privacy, a
precious commodity in an over-populated world.

Edgar took his time walking home. Street
crime wasn't really a big issue in the 2-4. There was the
occasional mentally imbalanced person prone to violent acts, but
they were usually quickly apprehended and taken for psy treatments.
The treatments were 92% effective and the other 8% were never
permitted daylight again. They were sent to sen-depots, well-kept
facilities at which they were put into chemically-induced comas
while the depot's computer fed their minds a scripted life story.
In essence, they lived out the rest of their lives in a fantasy; it
was considered the most humane means of managing those whom
psy-science couldn't save.

Edgar shuddered at the thought. He'd visited
a sen-depot once, more out of curiosity than anything else. It
might have been humane treatment to the ones in coma, but walking
down row upon row of bio-beds on which the bald, sensor-studded
residents lay, was reminiscent of a horror flick. However, the
resulting article he freelanced as a means of getting access to the
depot didn't mention that bit. The familiar lights of Highland
House chased away the chilling memory as soon as they came into
view.

He paused at the main entrance, the canopy
rustling in the breeze. The retina scan required for after-hours
entry was over in a couple heartbeats and the door swished open,
admitting Edgar to the well-appointed lobby. It was second, only to
privacy, on his list of favorite things that the building afforded.
The designer went for a retro feel and the result was perfect 2014:
Shiny marble-esque floors, a waterfall wall, gilt-edged mirrors and
statues of various Buddhas, ornate Persian rugs and
heavily-brocaded upholstery. The moment he'd seen it, Edgar felt at
home before even touring the apartment.

Edgar took the elevator up to the 21st floor.
He had the resources to have taken one of the available top-floor
penthouse suites, but such a home might draw more attention than he
wanted. He walked down the quiet hall to his corner unit and put
his palm flat against the door sensor. The door whisked open. Third
favorite: No more keys to lose. The door shut once Edgar was safely
inside the apartment.

"Lights," he said into the darkness and the
home computer responded by turning on the foyer and living room
lights. Edgar kicked off his shoes, wriggled his toes and walked
from the cool tile to the plush white carpet, sighing as his feet
sank into the deep pile.

Never thought I'd have white carpet. So glad
the home computer takes care of all the cleaning. I could walk in
here covered in mud and the HC would have my tracks cleaned the
minute I left the room. Very convenient since I'm a shit
housekeeper. Man, am I tired, but I'm too wired to sleep. Time for
a glass of good red, a little toke and a nut; the trifecta of
relaxation. Ah, shit! There's a message on the comm. Gotta check it
or I won't relax. First, the red, though. And shucking these
clothes.

Edgar thumbed the zipseam on his shirt and,
like magic, the fabric separated at the hidden front seam. He
tossed the shirt on the black leather sofa and opened the zipseam
at his fly. He peeled down his pants and they joined the shirt on
the sofa. Edgar sighed as his semi-hard cock and pendulous balls
were freed from the skin-tight pants. He turned down a short
hallway to the right and padded into the kitchen, the lights coming
on as he entered. He crossed the glossy black tile and pulled a
bottle of Cabernet from the counter rack.

Glass in hand, Edgar headed back to the
living room straight to the bamboo desk in front of the
floor-to-ceiling windows. He settled into the softness of his desk
chair and gazed out at the lights of Altair, the brighter nimbus of
Navea in the distance. Fourth favorite thing: The amazing view as
well as being able to be naked without peeping Toms.

Bosom Buddies by Holly Jacobs
Wings of the Wicked by Courtney Allison Moulton
ESCANTA: A James Thomas Novel (The James Thomas Series Book 1) by Brooke Sivendra
Moon by James Herbert
The Seduction of Lady X by London, Julia
The Mermaid Collector by Erika Marks
Her Little White Lie (BWWM Romance) by Cj Howard
The Genius in All of Us: New Insights Into Genetics, Talent, and IQ by David Shenk
Darkness Rises (Immortal Guardians) by Duvall, Dianne
Black Mass: How Religion Led the World into Crisis by Gray, John