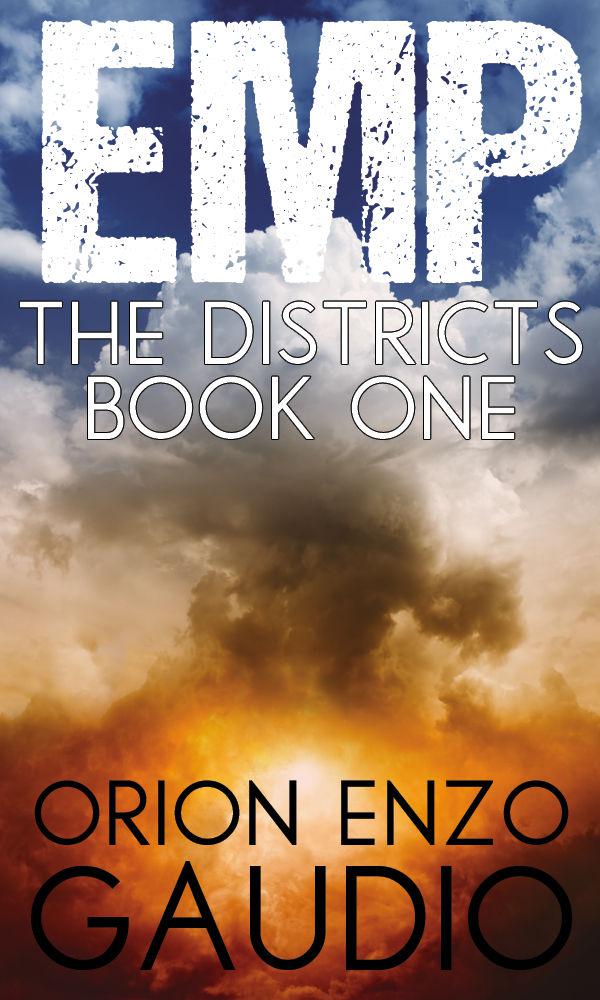 This is a work of fiction. Names, characters, places and incidents either are products of the author’s imagination or are used fictitiously. Any resemblance to actual events or locales or persons, living or dead, is entirely coincidental.

Thank you to my best friend. You constantly remind me of the important things in life. Thank you.

The president peered over the top of his reading glasses as three secret service agents came through the door and stood at attention. He set the brief on his desk and let out a heavy sigh.

“What now?” he said, the irritation in his voice echoed off the walls.

The president furrowed his brow. The public believed him to be the most powerful man in the world, yet he felt like he was always being babysat by the secret service.

“Tell me what this is about.”

“Sir, no disrespect, but we don’t have time for questions,” he nodded to the other agents and they walked toward president Andrews. “I can explain in the helicopter, but we need to leave,
now
.”

He rolled his eyes and pushed his chair back from his desk as he stood. One of the agents, a man he didn’t recognize, reached for his arm and the president stepped around him and toward the door.

“What about Melinda and Jeff?” the president asked.

“We have a team en route to intercept them on the way to his school. They’ve been instructed to retrieve the first family and meet us at the bunker, sir.”

The four men walked out of the Oval Office at a brisk pace, the secret service agents looking through every open door in the White House as they escorted the president to his waiting helicopter.

The president climbed into the helicopter and sat down. The agents followed after him and slid the door closed.

“I think it would be best if we wait for them.”

“No time, sir,” the agent said, as he pressed his finger against his ear and strained to listen. “Let’s go!” he shouted to the pilot.

The president looked out the window as they lifted off the ground, his eyes glued to the groups of people running from every exit of the White House.

Richardson removed his sunglasses, folded them deliberately and slid them into his jacket pocket. The president looked him in the eyes and saw a look of horror. He felt his heart sink. He had never seen so much fear in a man’s eyes, especially not one who was ready to lay down his life, at any moment, to protect the leader of the United States of America.

“There was an attack, sir,” the agent cleared his throat before continuing. “We believe a nuclear device was detonated in the atmosphere somewhere over Kansas or Nebraska.”

The president felt like he couldn’t breathe. He felt the pain of an entire country sweep over him. He knew when he was elected in 2016 that the United States was in a precarious position, given the state of foreign affairs, but he never imagined one of the other world superpowers would be daring enough to directly attack American soil.

“The vice president is visiting New York City today and is with a team of agents en route to the bunker in upstate New York. We should be there shortly after her.”

General Sutherland paced the conference room in the underground bunker. The door opened and a young private walked in. He stopped and saluted Sutherland, who returned the gesture.

“Sir, we just received word that the president is on his way from the White House and the vice president is also en route from New York City. They should both arrive within the next forty minutes.”

The general turned and resumed his pacing. Thirty years in the United States Army hadn’t prepared him for anything of this scale. He never thought he would see the United States fall and in that moment he was starting to worry. He knew that if initial reports were true, everything was about to change. The private cleared his throat. The general, not realizing he was still in the room, spun around. The private lowered his head and waited for the general to address him.

The private looked up and locked eyes with the general. The older man could see the fear in the young man’s face. He knew that no amount of training could prepare any of them for what was happening, but it was his responsibility to be a strong leader for his men and he was anxious for the president to arrive. Sutherland knew that if it were true, that there had been a large scale attack on the United States, it was important to act quickly, under the guidance of the president, to get the government up and running again.

The general sighed. He knew the question was out of line, and under normal circumstances he would dismiss the private and have a word with his superior… but this was the farthest from normal circumstances they could ever be. He knew there were protocols for just such an event, but they were certainly below the pay grade of a private. He looked at Hendricks and he could see the fear and uncertainty on the young man’s face.

“Hendricks... there has been an attack on our county. We know very little right now, but as our assets around the country report, and once the president arrives, we will know more.”

The private nodded and hung his head.

“Son, there are hard times ahead for our great nation. Trust your training and follow the orders of your superiors.”

The private saluted the general and left the room. Sutherland pressed his hands into his face. He was just as scared as Hendricks. His thoughts went to his wife and daughter in Washington. He looked at his watch and realized he might be able to reach them before they left for work and school. If things were as bad as reports were indicating, he knew he would be in the bunker with the president and vice president while they sorted out the attack.

Sutherland looked at his watch again and reached into his pocket for his cell phone. He looked at it and put it back in his pocket. He forgot he was in an underground bunker that was designed to survive nuclear attacks, so there was not even an inkling of a signal. He lifted the receiver from the hard line on the desk and punched in his wife’s cell phone number. The phone rang three times and rolled over to voicemail. He dialed again and waited as it rang.

“Sorry, I didn’t recognize the number... where are you?”

“Listen, I don’t have much time to explain, but you need to get Nicole and grab only what you need. I want you to get in the car and head to your mom’s.”

“What? I have a huge presentation today and you know Nicole has her Spanish test… you helped her study for it.”

“Cynthia,” he said, his voice firm. “Just do it, something is happening and I need to know you are safe.”

The phone cut out and Sutherland felt his heart sink. He hung the phone up and lifted the receiver to his ear, but there was no dial tone. He hung it up and tried again with the same result. Sutherland sat in one of the chairs as tears began to form in his eyes.

Hendricks opened the door to the conference room and stepped through.

Sutherland didn’t look up. His only thoughts were of his family. He prayed they were alive. As a military man he knew if there had been a vicious enough attack to knock out communications, it wasn’t likely his family had survived.

“Yes?” Sutherland said, finally lifting his head to look at Hendricks. The look of fear on the Privates face had been replaced by a look sheer panic.

“Sir... we lost communication with the president and vice president....”

Sutherland stared at the young man. He didn’t know if he had the strength to carry on. As he tried to gather his thoughts, two men and a woman wearing NSA badges around their necks walked into the room. Hendricks turned, saw them and realized he didn’t have the clearance to listen to the conversation he knew was about to take place, and left the room.

Sutherland let his eyes move across her. She was young, with brown hair pulled into a tight ponytail and deep green eyes. He nodded in response to her question. She pulled out one of the chairs and sat down while the other two agents stood behind her.

“You wouldn’t have. Outside of our section, only the president, vice president and the director of the NSA know what we do.”

“And why are you here?” Sutherland asked.

He looked at her again. There seemed to be a total lack of emotion in her face. A chill passed through Sutherland and he moved his eyes down. He wasn’t sure what it was, but there was something about her that bothered him… he just couldn’t put his finger on it.

“After the attack this morning, section M response teams in seven locations across the country went to their bunkers to await further instructions, from myself and from the president.”

“And what happens now?”

“We were waiting for the president... but another attack took place within the last five minutes. We have reason to believe that the president and vice president were victims of the attack.”

Sutherland sat in his chair, stunned by the mounting events of the day. His morning started when he left D.C. in a helicopter to do an inspection of Fort Drum in New York. When the attack in the central United States took place, the pilot of the helicopter was directed to divert to a bunker in the forest to the northeast of Syracuse. Sutherland wasn’t previously aware of the bunkers existence, but the pilot said he was under order from the Secret Service. When they landed, Sutherland was led to a conference room and asked to wait for the arrival of the president and vice president. What little he knew about the attack had come from an NCO that had brought him a cup of coffee.

“Well,” she said, “right now we are waiting for each division of section M to report with their roster. From there we will determine what government positions need to be filled before we move forward.”

“What do you mean... positions that need to be filled?”

“Our government, and our country, has been crippled by an attack and reorganization must take place before we start to rebuild.”

Special agent Rodgers stood and turned toward the door.

She turned around and flashed a look of irritation at Sutherland. He could tell she had work to do, but he wanted answers and he didn’t want to wait for them.

“Are you telling me that our country, as we know it, is destroyed and that you already had a plan in place for this exact scenario?” Sutherland said.

Rodgers walked out of the room and the two male agents followed her. Sutherland was alone again. He felt helpless. The United States was entering a new era and he had no idea what to do.