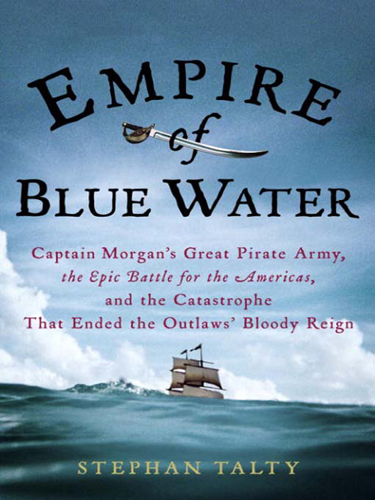 2 / The Tomb at the Escorial

Impious was the man who first spread sail and braved the dangers of the frantic deep.

1493: Pope Alexander VI issues his first papal bull, or charter, giving Spain dominion over all lands discovered and undiscovered in the New World.

1519: The conquistador Hernán Cortés arrives off the coast of Mexico.

1540: Spain forbids any foreign ship from trading with its settlements in the Caribbean.

1588: The Spanish Armada is defeated.

1596: Francis Drake dies off the coast of Portobelo.

1623: Thomas Warner takes possession of the small Caribbean island of St. Kitts, the first territory settled by a non-Spanish force in the West Indies.

1642: The first English Civil War begins, between the forces of Charles I and the armies eventually commanded by Oliver Cromwell.

1648: Thomas Gage’s
A New Survey of the West Indies
is published.

1650: The sugar crop in Barbados is valued at 3 million pounds.

1667: The Treaty of Breda, signed by France, the United Provinces, and England, declares peace between the three nations.

1668: Morgan makes his raid on Portobelo.

1669: Morgan is granted his first tract of land in Jamaica.

1669: The
Oxford
explodes. Morgan changes his plan to attack Cartagena.

1669: William Godolphin arrives in Madrid to begin negotiations for a peace treaty with Spain.

1670: The Treaty of Madrid between Spain and England is adopted.

1672: Morgan is arrested and brought back to England.

1678: Esquemeling’s
Buccaneers of America
is published in the Netherlands.

1683: The Council of Jamaica suspends Morgan after a dispute with Governor Lynch.

1685: Morgan settles a libel suit with the publishers of
Buccaneers of America
after reading the English translation.

1692: Port Royal is struck by a devastating natural disaster.

T
o get to the lost city of Port Royal, you take the busy road to the Michael Manley International Airport, jostling on the crowded roads with the streams of cars and motorcycles and the taxis packed full of the people that flock to Jamaica from every corner of the world. At the airport entrance, the vehicles carrying the tourists, red and sated with sun, swing right toward the planes waiting to ferry them back to northern, less friendly cities. You continue straight. The faces in the other taxis (perhaps they know you from the hotel) turn and watch with concern as your van disappears down the half-deserted road.
Isn’t he going home?
Everything for which the world comes to Jamaica—the Bob Marley Museum, the hotel pools—lies the other way. All that is at the end of this road is the ruins of a very old, and a very wicked, place.

Down the road a way sits the wrecked, overturned cockpit of a plane whose fuselage has completely disappeared, and past that a beached freighter lies stranded by some legendary hurricane. (The driver tells you it’s been there since he was a boy, and he’s easily thirty-five.) Beyond them the land on each side of the road narrows; the water creeps close to the road, and soon you are riding just a few feet above its gleaming, fretted surface. You’re now traveling on the neck of the Palisadoes, the thin peninsula so tenuously attached to the Jamaican mainland that it has disappeared for generations at a time, whipped away by hurricanes, until silt from the ocean rebuilds it. It seems as if a good wave could wash right over it and cut you off from the world and that you would glide toward your destination over the blue waves.

A few miles down the road, you reach the limits of the old town. Across from a bus stop where Jamaican schoolgirls tease schoolboys as they wait for their ride home sits a small, iron-fenced lot overgrown with weeds; in the corner is a brass plaque. Most people not from here stop to read the words.

Once called the “richest and wickedest city in the world,” Port Royal was also the virtual capital of Jamaica. To it came men of all races, treasures of silks, doubloons and gold from Spanish ships, looted on the high seas by the notorious “Brethren of the Coast” as the pirates here were called. From here sailed the fleets of Henry Morgan, later lieutenant-governor of Jamaica, for the sacking of Camaguay, Maracaibo, and Panama—and died here, despite the ministrations of his Jamaican folk-doctor….

Just past the overgrown lot is a church, and walking toward it is a group of men and women dressed in seventeenth-century outfits. They can’t be—but they are.
Pirates!
Or at least people dressed like pirates. As they get closer, you can pick up their accents and realize they are Americans; it turns out they are members of a pirate club, secretaries and office managers dressed in fantastically authentic period gear, the men in boots and doublets, a pewter drinking mug latched to a leather belt, the women with their breasts cresting out of their blouses. They’ve flown here on a pilgrimage to the home of Henry Morgan, the greatest of the buccaneers. We go together into St. Paul’s Cathedral; inside are several pieces of loot—a chalice, plate, and other silver items—carried from the great raid on Panama by Morgan and donated to the church. One of the club members speaks up, a shy redheaded young man from Chicago, his face flushed with an urgent emotion. “Can I ask you a huge favor?” he asks the tour guide. “Can I just sit next to them?” He does, and his eyes look on them as a Christian would look at a splinter of the true cross.

Farther down the road is Fort Charles, named after the king who used the buccaneers as a stick with which to beat the Spanish. In the glass cases are items recovered from the old city: a stoneware jug from the German Rhineland; a Delftware cup; iron ankle shackles that would have once hobbled an African slave, brought here to serve on the vast sugar plantations, their dull circles seeming impossibly small. And here, in its leather scabbard, is one of the prizes of the collection: what the museum claims is Henry Morgan’s comb. Into the leather has been carved a pineapple tree and the date 1677. Morgan would have been well into his second act by then, the marauder turned knight of the empire, hunting down his former mates and hanging them out on Gallows Point, not far from here. Schoolkids on a field trip stare dully at the comb—it doesn’t seem very piratical—and then go tearing out the door. The museum is a shrine for members of the pirate club; the Brethren left so few physical remnants behind that they could almost be ghosts, and these are things they touched and used. But the artifacts, the maps on the walls, the words on the plaque, none of it can really capture the awful and wonderful things that happened here.

Port Royal lived a short, fast life. It was like Rick’s Café in
Casablanca:
Sooner or later everyone came to the city. On its streets, slave traders, spies, and English dukes brushed shoulders with plantation owners and common whores like the famous No-Conscience Nan. But people such as these can be found in the histories of San Juan or Barbados. What makes Port Royal special is one group of people: the pirates. These were men who were intent on leading the freest lives imaginable and who thereby altered the fate of the New World through bloodshed and war until, after having brought the Spanish Main to its knees, they became disposable and were hunted down not far from here. The streets beneath one’s feet became the crossroads of two empires—one being born, the other faltering—because of Henry Morgan and his men.

The city feels like a place from which time departed centuries ago, if it even touched down at all; you get the feeling that it hurried across the bay to Kingston or skipped across the famous blue waters north to Miami. Even the colorful poster strung next to the fort entrance that proclaims EARTHQUAKE AWARENESS WEEK is out of date, the event having passed ten days earlier. In the larger Caribbean cities, they have real time, linked to Greenwich and the worlds of appointments and business. But the most important thing that ever happened here happened over three hundred years ago. That and the deserted streets, the hallucinogenic power of the heat, gives you the feeling that the second hand on your watch might be ticking backward.

It’s only when you walk out to the water and step in and then bob gently on the shale gray surface that the story you have come to hear begins. As you take a breath and drop under the water, modern Jamaica—with its YA, MON T-shirts and the motorcycles and the tinny sound track of Bob Marley songs that plays over the island—falls away and you can almost inhabit the old bloodstained land. For if, as they sometimes do, a hurricane has swept away the silt and sand, not far out, below your paddling feet, streets appear and lead out into the depths. If you grab hold of a large stone the way the Indian divers did to reach the Spanish wrecks centuries ago, you could even drop down and walk the paths between them. The lost city is not really lost at all.

Here are buried the battlements of four huge forts, for this once was once the most heavily defended port in the New World. According to those who have seen it, the city is remarkably lifelike under the sand: The streets are recognizable, laid out exactly as they were centuries before. Coral growths have turned the cannon into spiky objets d’art; piles of roundball have been frozen into rusty pyramids. Below you are the walls of bordellos and merchants’ mansions, their roofs gone, open like compartments in a jewelry box, and as you float down into one, you might find dinner plates or a clay pipe stamped with the fingerprint of the black artisan who made it and pressed his thumb into the soft clay as a maker’s mark. If you are very lucky, you will reach down into the sand and come up with a souvenir. A blackened doubloon, a Spanish piece of eight, or even—and for this you would have to be as lucky as Henry Morgan himself—an emerald necklace from the Spanish mines of Colombia. If you do find a piece of treasure, pause for a moment before returning to the surface, where the only sound that will greet you is the rasp of the fishermen’s outboard motors. With that piece of loot in your hand, you have come to the true beginning of the story, the reason white men came here at all. The search for immense riches is an old one, but here it did more than build mansions or set men at one another’s throats. Here gold and silver transformed two enemies, sharpened their differences until they stood as competing visions of human society. Then the desire for the riches of the New World sent them crashing into battle to decide on a winner. Each wanted the wealth for different reasons, and each went about grabbing them in different, revealing ways. This particular story is unique to the boneyard you stand in, fifteen feet under the surface of the Caribbean Sea, a rich and vibrant city now fallen silent. Its present condition prompts two questions. What really happened in Port Royal? And what happened
to
Port Royal?

To find the answer, you must travel back over three centuries and look to the east.