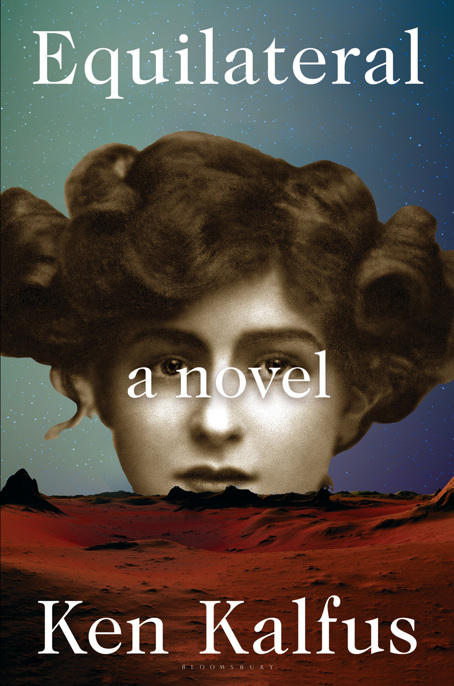 FOR INGA AND SKY

Astonishing! Everything is intelligent! 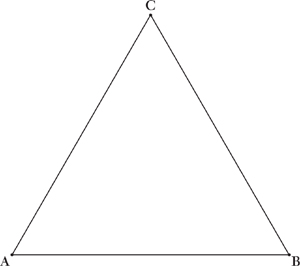 Bound by the Qattara Depression in the north and the Gilf Kebir Plateau in the south, Dakhla Oasis in the east and fabled Cyrenaica in the west, the central portion of the vastness known as Bahr ar Rimal al ’Azim, or the Great Sand Sea, may be reached in eight days by caravan on the Concession track from the steam packet port of Nag Hammadi. At Point A, a shimmering, heat-warped village or town that exists in the absence of a water source or any natural conditions that would make it attractive or even sufficient for human habitation, our journey ends. There we find a sprawling encampment comprised of tents, brick and mud shelters, earth-moving machinery, wet-eyed beasts of burden, and a swarm of dusky men mostly stripped to their waists. In the fever of the day the men scream recondite obscenities at the camels and the mules and especially, most viciously and most creatively, at each other.

As rude and tumultuous as it may seem to those who have just arrived, the city is only the fulcrum of a tremendous manual exertion. Around the encampment, spread over barrens that occupy thousands of square miles, hundreds of thousands of other men are scattered into work gangs. They have spades. They
dig furiously into the sand and loose dirt, banking the debris on either side of their excavations. The excavations appear to be exceedingly wide roadways into which a lining of pitch is being laid, yet it’s not obvious what conveyances they will bear or to where. The men certainly don’t know, despite repeated instruction.

This is Professor Sanford Thayer’s empire, cast under a pitiless star. He can barely drag himself from his camp bed to defy his physicians. At the opening of the tent he gazes upon the settlement and dwells, for the space of a tremor, on the drive and the daring, the decades of work and the moments of impulse, the mountains of paperwork and the massifs of cash, that have brought these animals, this machinery, and these men into the field of his famously acute vision. In that tremor two sentiments take up arms and rise against each other.

But despair is dealt a wounding blow. Consider the nobility of this striving, by mule and man. Consider man’s ingenuity. Consider this project as a pure, uncompromised expression of human intelligence. Progress is slow, but the endeavor approaches completion. It
will
be completed. The fourth planet, high above the horizon in Sagittarius, unseen behind the screen of day, will be visible in the hours before morning dusk tomorrow, a fierce, unquenchable ember.

He knows few words of Arabic, that brittle, uvula-stretching language, but he knows the word for the number fifty,
khamsin
, which is also the name for the fifty-day season of stale, heavy winds that are discharged from the Sudanese wastes in the months of March, April, and May. Their sands scour and penetrate, carve mountains, raise dunes, disfigure faces and snouts, and beat down every possible insanely quixotic tendril of vegetation. Clothes and canvas are torn and dissolved. The sky assumes a venomous shade of yellow. Grains of sand prick Thayer’s eyes, even when his eyes are shut, each grain an irritation and a rebuke. The fellahin tell stories of men lost in the
khamsin
, flayed to their skeletons, yet still leading the remnants of their dromedaries, searching for shelter, still trying to read their demagnetized compasses.

The wind from the south raises the temperature twenty degrees, but he dares not open the flaps to his tent. At night the
khamsin
chuffs and scrapes at the canvas; he may be startled by faraway rumblings like the sound of furniture being moved. The winds are relentless, except when they stop. Then he realizes he’s being suffocated in the heat.

Thayer’s eyepieces are wrapped in lambskin leather, placed within fitted tins, and then packed in Chinese cedar cabinets built to his specifications. Yet a single grain of sand, every edge daggered, makes it past these defenses. Lifting it from the surface of the lens requires the most exquisite care, and the employ of a tiny baby’s breath nebulizer. Only Thayer is permitted to attempt it. Even then the damage may have already been done, by the original descent of the grain to the surface of the glass or afterward by minute seismic forces that have rocked the particle into the glass’s unseen spaces and crevices. A light-splitting track is gouged.

The call to prayer comes five times a day and the Mohammedans drop where they are. We’re surprised every time. The muezzin’s cry is always preceded by a moment of intense quiet; once the call comes, the foreign visitor can’t recall what he was thinking in that moment, no matter how desperately he seeks it. He can’t speak over the muezzin, nor around him, nor decipher his lyric. The call of the muezzin is something deeper and older than the lyric, from before language. The cry promises knowledge without reason and truths that are hidden within rote phrasings and tautologies (“There is no God but God”; “Blessed are the blessed”) obscure to the Western mind.

Thayer hears it and writhes in his camp bed.

Wilson Ballard, the chief engineer, tells Thayer that when he came in a few moments ago the astronomer was talking in
his sleep, but that he couldn’t make out what he was trying to say.

Thayer recalls some fierce dreaming: thoughts and convictions that riveted his soul. He doesn’t remember their actual content, only their intensity.

Now that Thayer’s awake, Ballard is back to business. He occupies a chair at the foot of the camp bed, sipping a drink. It appears to be an iced drink. Radiant geometric solids slowly turn within the liquid, their facets throwing off sparks. But the nearest ice is in the bar at Shepheard’s Hotel in Cairo, precisely 488 miles and 972 yards 51.21 degrees east of north. So it can’t be ice.

“There’s been talk of a strike,” Ballard says. “I suppose we have agitators underfoot—or very likely Daoud Pasha is looking for more baksheesh. I don’t think anything will come of it, but we’re already behind, especially on Side AC.”

The girl hid herself the moment Ballard entered the tent, yet Thayer knows she’s near. She has some native odor, a perfume, some inner resonance, an aura that remains detectable. He tries to look past the engineer, but once he moves his head the planet finds a fresh axis on which to spin. He closes his eyes. Still the Earth revolves, so that his feet gyre above his head.

“What do they want?”

“But when they protest, what do they say? How do they express their grievances?”

Ballard is accustomed to these kinds of questions from Thayer, the man who looks for meaning everywhere, even in the stars.
Thayer is not suited to the East, to its enigmas, to the desert and its great expanse of nonmeaning, to peoples for whom literal meaning is irrelevant and perhaps even an insult to God. Thayer is always asking why. In the East the world and its manifold mechanics are simply
what
. Ballard shrugs.

“Do you have what you need?”

“Are there enough spades? Enough water? Why are we so far behind?”

Gently, since the candor itself is sufficiently brutal, the engineer says, “June the seventeenth won’t be met, Sanford. You’ll have to cable London.”

Anger shrouds Thayer’s vision and engraves a line of pain from behind his eyebrows to the interior of his right temple, much worse than what has seemed unbearable for the past three days.
These fools!
He staggers under the weight of the stupidity (mentally, mentally, keeping the outward calm that has sustained him for a decade). The Earth will be at maximum eastern elongation on June 17, her greatest angular distance from the sun, a fact central to every proposal, scheme, and design that he has ever put forward. Yet Ballard still doesn’t appreciate the urgency of the date. Even at the Concession, even in Sir Harry’s offices, the urgency remains theoretical, mathematical. It’s something an astronomer is telling them. They know he has charts that support the supreme importance of June 17, as well as geometric calculations and proofs, but the evidence remains intangible, only a celestial notion.

“The appointment is immovable,” he declares, exhausting the last of his strength.

Ballard swirls the liquid in his glass and Thayer records a distinct clink.

“We’ll be well situated for weeks after.” The engineer claims to know something about astronomy. He once navigated the Empty Quarter with a hoop sextant and a secondhand ephemeris bought in the Aden bazaar.

“The Flare is half the endeavor.”

“Only half. And if we’re a little late—”

“It won’t make sense to them!”

Thayer’s eyelids flicker shut. Even in the darkened tent, the light’s killing him. Light has always been his comfort, streaming down from the heavens. Now every glint, glimmer, and stray beam, no matter how suffused, rests on his sight like a splinter. Where’s the girl? She’s close. She’s aware of his pain.

“We’re making every possible effort,” Ballard insists, suddenly severe with the astronomer, the man he admires above all others. Sanford Thayer is the Equilateral’s inspiration and its motive force, its high priest, and its secular, public face, a face recognizable to millions around the world. He’s just as indispensable to the Equilateral’s completion as he believes. But the chief engineer does not answer to Thayer, despite the astronomer’s
influence with Sir Harry, nor to Thayer’s private secretary, who oversees every facet of the project. With consent of the governors, Harry may dismiss Ballard at any time and exact financial penalties for the project’s shortcomings, including its failure to be completed by June 17. There are contractual considerations that Ballard must always keep in mind, as he has learned in the course of a storied career in which the principals were often distant from the structures being raised. As an engineer, he knows that forces and stresses are not always material.

Yet no human rationalization, no history of obstacles faced or surmounted, no catalogue of human weakness, no glum survey of Eastern conditions, and no telegraphic eloquence will overturn the constants of planetary motion. Thayer won’t send the cable.