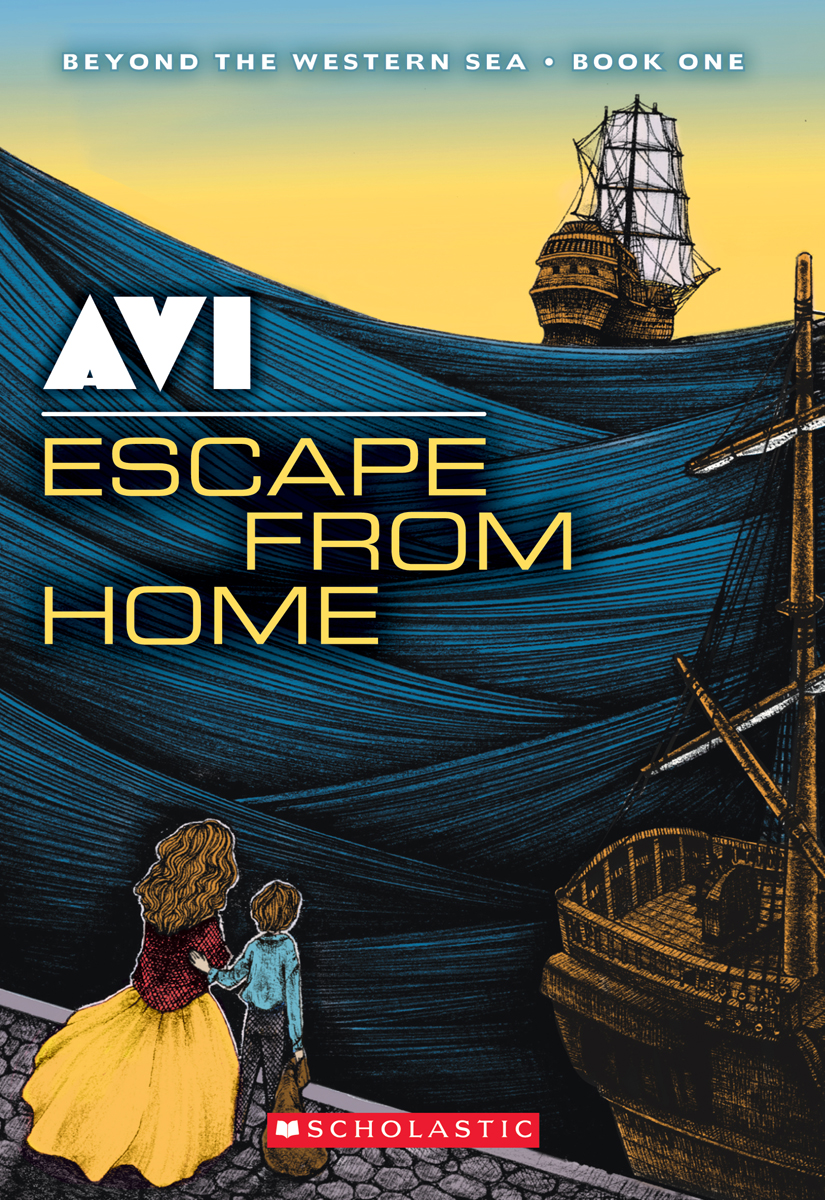 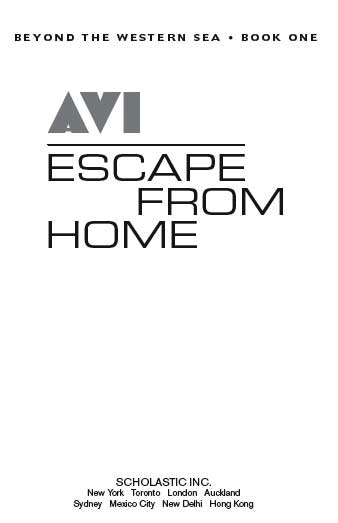 2. The Man in Black Delivers a Message

3. In Which the Letter Is Read

14. An Investigation Is Begun

15. Of Muffins and Names

18. Mr. Clemspool Has Another Visitor

22. Maura and Patrick on the Liverpool Boat

23. Laurence on the Liverpool Train

24. The
Queen of the West
Reaches Liverpool

46. What Happened to Ralph Toggs?

50. Ralph Toggs Is Woken Up

51. Fred and Toggs Have a Race

52. Mr. Bartholomew Endeavors To Be Helpful

55. A Meeting on the Streets

56. Other Meetings at the Liverpool Police Office

60. In Search of a Hiding Place

61. Fred Returns to the City

67. The O'Connells Prepare for Departure

73. The O'Connells at Clarence Basin

74. Two Endings and a Prayer

J
ust before dawnâthat moment when time itself seems to stand still, when the whole world teeters on the edge of possibilitiesâa man looking like death's own shadow came scurrying down a bluff toward the tiny village of Kilonny in Ireland.

He was dressed in a black frock coat and black trousers. His coat was patched; his trousers fit ill; his boots were badly broken. Only his white neck cloth relieved his funereal appearance, and that was soiled from excessive use and little washing. Tired eyes, set deep in a flat, grizzled face, were mirrors of grief. But then, the man's principal state of mind these days was woe.

Though he knew exactly where he was going, knew too the path he'd trod with weariness so many times, he carried a small lantern to light his way.

Kilonny Village lay upon devastated land. Little grew in the heavy mix of clay and jagged stone that made up the valley's earth thereabouts. The trees were barren of leaves. And with its clutch of crumbling structures, the village was like a prehistoric ruin in a rank, forgotten place.

When the man reached the village, he went directly to one of the first huts, a seven-foot pile of sticks thrust up, mortared with clay, then roofed over with rotten thatch from a collapsed cottage nearby. No proper door barred his way. Instead, he knocked upon a splintery slab of wood that had been pulled across the entry.

The knocking woke Patrick O'Connell from fitful sleep. Twelve years of age, small and wiry, he owned little more than the ragged clothes he wore and no shoes at all. Coal black hair framed a pinched face with large eyes that proclaimed his hunger.

“Jesus, Mary, and Joseph!” the boy whispered under his breath as he made the sign of the cross and glanced about. There were neither windows nor furniture, only a wooden bowl of cornmeal and a chipped jug a quarter full of soured buttermilk. Their other possessionsâclothing, digging tools, a few odd bits and scrapsâwould barely have filled two bundles.

In a hole scooped from the earthen floor near the hut's center lay a turf fire whose glowing emberâthe size of a thumbâoffered more smoke than heat. Patrick's mother, Annie O'Connell, and his sister, Maura, were huddled together in a corner, sharing what warmth they could.

Though Patrick wanted to know who had knocked, he held back. Who could have proper business with them at such an hour? The O'Connells' lives had been miserable for so long that the only visitor he could imagine was new calamity.

The potato famine had come, bringing starving times, no employment, illness, and death. So it was that eleven months ago Patrick's father, Gregory O'ConnellâDa to the childrenâgrew so desperate he took most of the money the family still had and sailed to America in search of work. Since then there had not been one word from him. In that same period a fever had taken Patrick's younger brother, Timothy. His mortal remains lay in Kilonny's crowded cemetery. Now there was no money left to pay the quarterly rent to Mr. Morgan, the agent for Sir James Kirkle, the English lord who owned all the land around the village.

Perfectly reasonable, then, for Patrick to think the knocking meant Mr. Morgan had come to evict them. If it were so, he'd have constables and soldiers by his side to drive the family away and tumble their hut. Such things happened, and often. It was fear of eviction that caused Patrick and Maura to guard the entryway at night. This night's watch was Patrick's.

He looked around for a weapon. Spying a rock against a wall, he hefted it in the palm of his hand. Maybeâcoming in the darkâthe rock would scare the agent off.

“Mother! Maura!” he whispered across the earthen floor. “Bestir yourselves! Someone's at the door. It's likely Mr. Morgan.”

Maura, instantly alert, started up. She was fifteen, tall and thin, with a strong, high-cheeked, and dirty face from which angry blue eyes blazed beneath a tangled mass of long, thick brown hair. It was a rare dayâor nightâthat saw Maura O'Connell smile.

“Did you say someone's come?” she asked.

“And wanting to get in,” Patrick said. A pale yellow glow of lantern light seeped through the splintery board.

Maura touched her mother gently. “Mother,” she said, “you must move.”

Mrs. O'Connell groaned, sat up slowly, and automatically crossed herself. Though only forty-one, she looked the flinty side of fifty. Her thin hair was streaked with gray. Her eyes were dull and sad, her cheeks haggard, her lips parched and tight. When she coughedâas she did oftenâa spike of pain cut deep within her sunken chest.

“What is it?” she asked half in a whisper, half in a moan.

“Someone's at the door,” Patrick said with even greater urgency.

“God keep us from more misfortune,” his mother murmured. She began to say her rosary beads.

Clutching his stone, Patrick crept forward and put his eye to a crack in the wood. “I can't make him out at all,” he said.

Maura pulled her dark red shawl close around her body and moved next to her brother. At the threshold she paused and tried to steady her nerves.

“Maura,” Patrick whispered, “if it is Mr. Morgan, I've got a stone for him.” He held up his fist.

“Hush!” his sister cried, struggling with her own dread. “Put aside your foolishness! It'll do us no good. None! Do you understand?”

Patrick shrank down and let the stone roll away. “I'll try,” he muttered, convincing no one, least of all himself.

“Mother?” Maura called. “Are you ready then?”

Mrs. O'Connell, assuming the worst, closed her eyes. With arms wrapped about herself, she began to rock slowly back and forth, praying softly.

Knowing all too well there was little she could do about Mr. Morgan if it were he, Maura faced the entryway, took a deep breath, and cried, “Who's that at the door?”