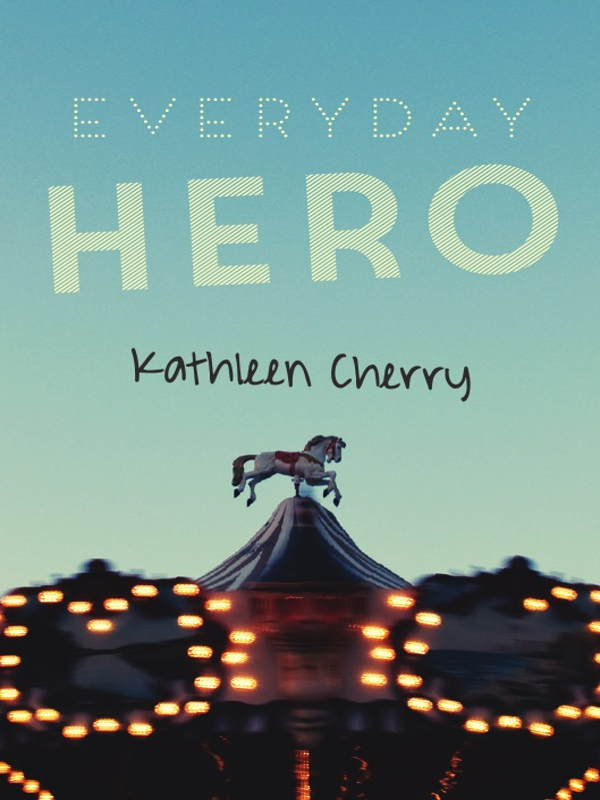 All rights reserved. No part of this publication may be reproduced or transmitted
in any form or by any means, electronic or mechanical, including photocopying, recording
or by any information storage and retrieval system now known or to be invented, without
permission in writing from the publisher.

Summary
: When a new friend challenges Alice, who has Asperger Syndrome, to step outside
her comfort zone, Alice decides to revise her rules in this novel for middle readers.

Orca Book Publishers gratefully acknowledges the support for its publishing programs
provided by the following agencies: the Government of Canada through the Canada Book
Fund and the Canada Council for the Arts, and the Province of British Columbia through
the BC Arts Council and the Book Publishing Tax Credit.

To every child who has ever felt different. Individual differences are what make
people special and provide us with unique strengths.

If my mother hadn’t decided to be a sandwich, I would not have had nine detentions
in January.

If I hadn’t had nine detentions in January, I would not have met Megan.

If I hadn’t met Megan, I would not have been a hero.

To be accurate, my father said that my mother was part of the “sandwich generation.”
A
generation
means
all the people born and living for a period of approximately
thirty years
. A
sandwich
means
two slices of bread with a filling (such as meat,
fish, cheese, peanut butter) between them
.

I like to define words. I once tried to memorize all the definitions in
Webster’s
New World Dictionary
. I stopped at
mineralize
.

I asked Dad what this meant. About Mom being a sandwich, not mineralize. He said
it meant that she had to look after her child, me, as well as my grandparents. She
is the filling, we are the bread. Truthfully, I am not really a child, being thirteen
years, four months and seventeen days old at the time of writing.

There is something else you need to know about me. I have Asperger Syndrome, so looking
after me is harder than looking after the typical teenager. Asperger Syndrome is
on the autism spectrum, but people who have it usually function better than most
autistic individuals.

Dad and I arrived in Kitimat on January 2 at 7:37
PM
. We moved from Vancouver because
Dad got a job. Mom stayed in Vancouver to help my grandparents. My grandma had had
a stroke, which Dad said was bad timing.

I started school in Kitimat on January 4.

I got my first detention on January 6 when I sat on the stairs at the north end of
the school.
I like stairs. Sitting on the stairs is not against the rules.

Except I was supposed to be in gym class.

This was my first detention. There were only three of us in room 131: Ms. Lawrence,
Megan and me. Megan wore black and sat at the back of the class in the second desk
from the window.

(I knew she was called Megan because Ms. Lawrence looked at her and said,“Here again,
Megan?” Then she sighed with a big wheezing
whoosh
.)

After that, no one said anything.

Usually I achieve good grades in school. I love math and science, and I like English
and social studies. I write well. My special-education teacher said that people with
Asperger Syndrome can be authors. Some people say that James Joyce, Lewis Carroll
and George Orwell were autistic.

I am less competent at speaking though. Thousands of words flood my brain like slippery
minnows (this is a simile), and I can’t find the right words in the right order.

Dad once told me that students with Asperger’s are often perfect students. I think
this might be true except for the head banging. Plus I used to circle the flagpole
at my old school. And I like to sit in corners with the walls pressing against me.

On January 8, I got my second detention. I left the change room before gym even started.
I left because the change room stank—of wet socks, sweat, antiperspirant, hair gel,
hair spray, perfume, hand sanitizer, hand lotion, sunscreen and Febreze.

I don’t like smells. They make me want to wriggle out of my skin. Or bang my head.
Or curl up in a corner.

So I left. At my elementary school, this was not against the rules, but middle school
is different.

Still, I like detention better than the change room, so I was not upset when I walked
into room 131 again.

Ms. Lawrence sat at her desk. She wore a sweatshirt patterned with flowers.

“Another detention?” she said.

Before I could answer, I heard the heavy, rhythmic
clunk…clunk…clunk
of footsteps
approaching.

“Not again,” Ms. Lawrence muttered, looking toward the door.

Megan was tall. She wore black high-heeled boots, a jean jacket, a black T-shirt
with a silver skull on it, and metal chains slung around her neck, waist and wrists.
Her long black hair was streaked with purple. She had a silver ring through her bottom
lip.

When she entered, everything in the room seemed smaller.

Ms. Lawrence pushed her hand through her short gray hair. “How long do you have to
stay this time, Megan?”

“You’re not on his list. He must have forgotten. I will go and ask
Mr
. Beils.” Ms.
Lawrence
emphasized the word
Mister
. Then she stood and hurried out of the classroom.

“Whatever.” Megan shrugged, and the chains jangled as she walked down the aisle of
desks toward me.

I am very observant. Sometimes that is a problem. There are so many things to notice—colors,
noises, smells, sounds…

And I can’t focus on only one thing and ignore another. I cannot notice the skeleton
drawn in red ballpoint on the left sleeve of her jean jacket without seeing also
the purple bruise under her left eye, the rip in her shirt and the four silver rings
on her left hand. I couldn’t see her right hand.

“What are you looking at?” Megan asked, running the words together so they sounded
like
whatchalookingat
.

Another thing I should tell you: I can’t lie. It’s not that I don’t want to lie.
I’m just no good at it.

“I don’t want any punk kid looking at me.” Megan leaned over my desk.

This made sense. I don’t like people looking at me either.

“And this is
my
place,” she added, putting her face close to mine.

I looked at the desktop. At my school last year, we wrote our names on laminated
yellow cards and placed them on the left-hand corner of our desks.

I couldn’t see any laminated yellow cards in room 131.

“What are you doing?” Megan asked, the words again strung together.

“Looking for your name on a laminated yellow card.”

“You trying to be funny?” She leaned closer to me, her fingers gripping the desktop.
Her nail polish was black and chipped.

“No,” I said, because that is another thing about me: I don’t understand jokes, so
I never try to be funny.

“You looking for a fight?”

Megan’s hands balled into fists. Now that I could see her right hand, I noticed that
she had a thumb ring shaped like a skull.

I looked up to see if I could identify her expression. But I am not good at understanding
faces,
even though my teacher last year gave me a special feelings chart.

“Just keep out of my face!” Megan turned and walked out of the room with heavy, clunking
footsteps, not even waiting for Ms. Lawrence to come back.

So I counted dictionaries in the bookcase—fifteen. I like the number three and multiples
of three. I like counting. I’d counted the dictionaries three times before Ms. Lawrence
finally came back.

“You’re still here?” Her eyebrows rose, disappearing under her bangs.

“Sorry, there was a problem I had to deal with in the girls’ washroom. Anyhow, you
can go now, um”—she looked at her paper—“Alice.”

I stood, swinging my backpack onto my shoulders. It thumped against my spine. I walked
into the hall, which was quiet, the dimness broken only by bright rectangles of light
at the front entrance.

I went to the outside door and exited into the heavy, damp grayness of a north-coast
afternoon. The streetlights shone into the parking lot, and two
red taillights disappeared
around the corner and onto the main road.

At first I didn’t recognize their importance. I did not question why the yard was
empty. Or realize that the dimness spoke of late, late afternoon.

Sweat prickled under my arms. My throat tightened. My breath quickened. I tasted
vomit in the back of my throat. I hate vomit—its smell, its taste, its texture.

I rocked on my heels. “One…two…three,” I muttered. Counting usually calms me.

Megan was leaning against the wall of the school, chewing gum.

I didn’t answer because I do not like questions.

I counted the cars still parked in the teachers’ parking lot—nine. Good.

“When did you get here?” Megan asked.

I looked at my watch. “Four minutes ago.”

I counted the cars again. Nine is a good number because it is divisible by three.

Another bus arrived. I squinted in the bright light of its headlights. It stopped
with a whine of brakes. The door opened. The yellow glare of its interior lights
flooded outward. The sign above the windshield read
City Center
.

Megan pushed past me, stepping onto the bus, her chains rattling.

The bus driver leaned forward in his chair. “Coming?”

I am not supposed to talk to strangers. It is a rule. I like rules.

I did not say anything because he was a stranger, and I am not supposed to talk to
strangers.

“If you missed the After-School Special, this one takes the same route. I’ll even
change the sign,
if you’d like.” He stood, reaching over his steering wheel to a
small silver knob.

That’s when it all—the bus, the road, the
eeks
, the lights, Megan’s questions—became
too much, too big, too bright. I needed to hide, to curl myself into a corner. I
wanted to bang my head and feel the rhythmic
thump…thump…thump
.

The Return of the Dancing Master by Henning Mankell
The Fresco by Sheri S. Tepper
The Midnight Star by Marie Lu
Running: The Autobiography by O'Sullivan, Ronnie
Don't Read in the Closet: Volume Four by Various Authors
Unfiltered & Unlawful (The Unfiltered Series) by Galvin, Payge, Douglas, Ronnie
Fires Rising by Laimo, Michael
An Officer and a Rebel: An Accidentally in Love Novella (Entangled Bliss) by Cindi Madsen
The Obscurati by Wynn Wagner
Are You There, Vodka? It's Me, Chelsea by Chelsea Handler