Read Evil Behind That Door Online

Evil Behind That Door 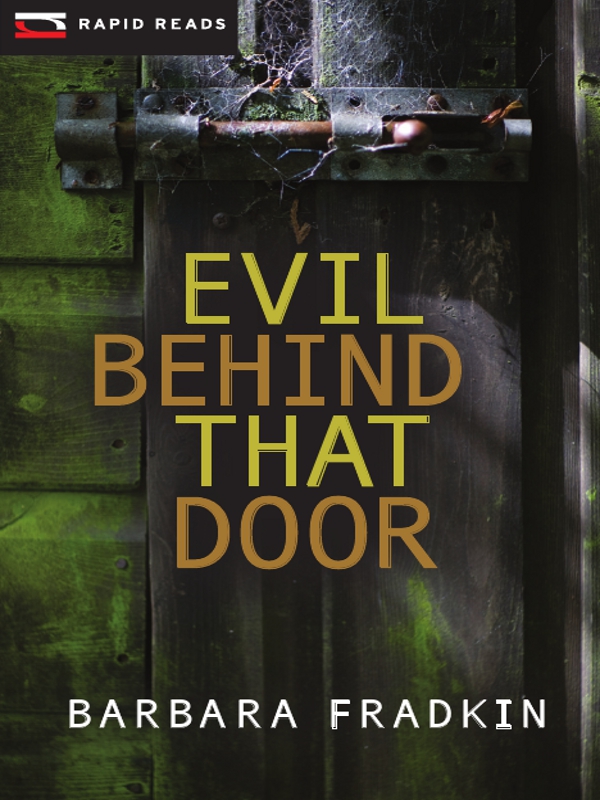 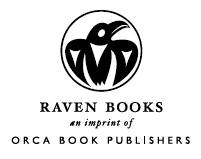 Summary
: Handyman Cedric O'Toole sets out to uncover the chilling secret locked behind the boarded-up cellar door at the farmhouse of his old school nemesis. (
RL
3.2)

His breath was hot on my neck.

I jerked my hand back from the door and turned to him. He looked like a ghost, all bug-eyed and white. But maybe that was the light. There were no windows in the basement and the light from the bare bulb hanging at the foot of the stairs didn't reach the corner. You watch enough horror movies, it doesn't take much imagination.

He shook his head wildly. “I don't know.”

Barry Mitchell and I were a long way from being friends. But I'd known him for thirty years, ever since he laughed at my name on the first day of kindergarten. My mother hadn't done me any favors with Cedric Elvis O'Toole.

I'd never seen Barry afraid before though. Usually he didn't have the sense to be afraid.

Still, I suppose he had a right to be freaked. He'd just spent two years inside Kingston Pen for assault. He'd been home just a few weeks when all of a sudden his parents disappeared in the middle of a snowstorm. The police hounded him with questions every day for a month. Then came the estate lawyers, and they're not the most cuddly guys in town either. Even now, two months later, folks are still whispering.

“I never went in there,” Barry said. His eyes were fixed on the door.

“Why not?” I ran the beam of my flashlight over the door, an ugly old pine slab that had never seen a coat of paint. It was wedged into the rough stone blocks of the basement wall and welded shut with cobwebs. It looked like it hadn't been touched in a hundred years. The Mitchell farmhouse was even older than mine, probably built in the 1850s. Who knew how long this door had been here and what was on the other side?

A secret tunnel? A time capsule?

I thought of my own basement, dark, spooky and smelling of rotten earth. A magnet for a kid with a big imagination and too much time on his hands. As a kid I would have been through this door in a flash.

But Barry just shook his head. He was already backing up, heading for the stairs. That's when I saw the crowbar in his hands. He looked too, and seemed surprised to find it there. He laid it down on the workbench.

“Forget it, Rick. We done enough for today. Let's go grab a beer.” Then he was up the stairs two at a time and out of sight.

I shoved the door, but it didn't budge. I threw my weight against it. Nothing. Now, I'm only five ten and one fifty after two beers and a plate of wings. But most of that is muscle. Besides paying the bills, handyman work keeps you in shape.

This door was going to be a challenge.

Barry was done half his beer by the time I reached the kitchen. I took the one he held out. I'm not a big drinker, especially at one o'clock in the afternoon. But when Barry Mitchell offers, you go along.

He grinned, trying to shrug off his nerves. “I don't know why I gotta fix the leaks down there anyway. The place has been leaking since before any of them real estate lawyers were born. It's not like it's going to float away.”

I sipped my beer and decided not to take him on. Growing up, you learned not to take Barry Mitchell on. Not when he was winding up for a fight.

“I can't see wasting money on this dump. When I sell it, they'll probably tear it down anyway. The land is what they want.”

I saw my next month's paycheck slipping through my fingers. I lived a simple life out on the scrub farm my mother left me. But a guy can't get by on a goat, a couple of hens, a vegetable patch and a few sheds of junk. For starters, I really wanted my pickup truck back. That wouldn't happen until I could pay the thousand-dollar repair bill. Aunt Penny said the old death trap wasn't worth a thousand, but she didn't appreciate all the sweat I'd put into it. I admit it wasn't pretty to look at, but I figured the rust holes improved the ventilation.

“Yeah, but it wouldn't hurt to make the place safe at least,” I said, looking around the kitchen. Rusty wires hung from the ceiling where the light fixture had fallen out, and the gas stove looked older than both of us put together. “It's a wonder your parents didn't burn it down. A gas leak with those wires, the whole place could go up.”

He gave me a disgusted look over the top of his bottle.

“They were pigs. Mom never lifted a finger to clean the place. The older she got, the worse she got. Up all night reading her romance novels and popping more pills than a Hollywood starlet. And Dadâ¦well, you know Dad. What the fuck else is there to say?”

I did know Pete Mitchell. Everybody in the county knew Pete Mitchell. If it was past two o'clock in the afternoon, you stayed out of his way. He had the blackest, drunkest rages I ever saw. And in these parts, that's saying a lot. It was one reason why, even though Barry Mitchell gave me grief, I never gave up on him completely. My mother left me to grow up like a weed in the garden while she watched her soaps and listened to Elvis. But at least she was harmless. I never had to hide out in the barn waiting for her rages to pass. Or dodge flying shovels when I failed some test I didn't even know I was taking.

This time, Pete Mitchell had taken one drink too many. Valentine's Day, two in the morning, he and his wife got kicked out of the Lion's Head. They headed off toward home on their snowmobile in the middle of a blizzard.

Nobody had seen them since.

Barry popped open another beer and looked across the table at me. His face was all twisted, and for a scary moment, I thought he was going to cry.

“I hate this place,” he said. “It never felt like home.” He tossed his head back and chugged half the bottle, pausing at the end to drag his dirty fist across his mouth. “I can't pay you yet, O'Toole. I'm sitting on a fortune, that's what the lawyers say, but unless I sell it, I won't have a cent to pay you.”

With the usual O'Toole luck, my great-grandfather had gotten a hundred-acre land grant of the most useless piece of cedar swamp in the county. Barry's great-grandfather had gotten a hundred acres on a point of land jutting into Lake Madrid. These days even the crappiest waterfront shack went for a quarter of a million. No wonder the lawyers were drooling.

“I know,” I said, “but working together, the expenses won't be too high. Let's at least fix the leaks and the electrical. After thatâ¦” I shrugged, trying not to look too desperate.

“That's a plan, O'Toole. Hell, I can't sell this dump yet anyway! My folks' bodies are still out there somewhere, so it ain't even legally mine. So let's drink to the handyman team. Mitchell and O'Toole.” He laughed. That creepy Barry Mitchell laugh that used to curdle my blood. “Cedric Fucking Elvis the Tool.”

B
arry's old truck was nowhere in sight when I finally showed up the next day. I was late because the seat on my dirt bike had fallen off when I hit a pothole on the way. I'd had to hitch into town for new bolts. Boy, did I ever need my truck back.

There was no note, but I was half frozen from the ride and the door was open so I went in. The place was an icebox. No furnace, no heaters, and the woodstove was a fire hazard. Barry probably went into town just to get warm. The Lion's Head serves a piping-hot Irish stew along with its pitchers of beer.

I headed down into the basement to check out the furnace. It was in the darkest corner of the room but even in the lousy light I could see it was beyond hope. It was an ugly old thing held together by forty years of soot and mold. I didn't think it had been serviced this century. Didn't anyone ever come down here? I grabbed a flashlight and shone it around the room. Wires, pipes and beams all covered in dust. Cobwebs everywhere, beetles scuttling, oily puddles on the dirt floor.

Ever since I was a kid, I've been a sucker for mysteries. Always wanted to know how something worked or why it did that or what would happen if I pushed this button. I wasn't one to look up answers in a book. I wanted to see for myself. The worst thing my mother or my teachers could say was, “Don't touch that.”

That only got my imagination going. I felt like a magician when I pushed a button and made something move, or put something together so it worked again. When there are no other kids around for five miles and your mother is glued to
As the World Turns
, it's nice to feel like Superman.

I went over to the door and aimed the flashlight along the edge. For the first time I noticed it was nailed shut at the very top by a huge rusty spike. I picked up the crowbar Barry had left on the workbench the day before and went to work on the spike. The door was solid as a Douglas fir. It barely splintered as I yanked and pushed and pried and cursed. Finally I worked the spike loose enough to lever it out. It fell to the dirt with a heavy thunk. I kicked and shoved and threw my shoulder at the door, but it still didn't budge. Soon I was sweating and panting like I'd run a marathon.

The Bringer of Light by Black, Pat
The Cowboy's One Night Bride by London, Lolita
John Lennon: The Life by Philip Norman
Requiem for Blood by Hope, Alexandra
Solomon's Song by Bryce Courtenay
Karl Marx by Francis Wheen
His Yankee Bride by Rose Gordon
Wide Awake - Academy of the Fallen Series by Lanzarotta, Daniele
The Heart is Torn by Mallett, Phyllis
Davis, Lexie - Tempted (Siren Publishing Classic) by Lexie Davis