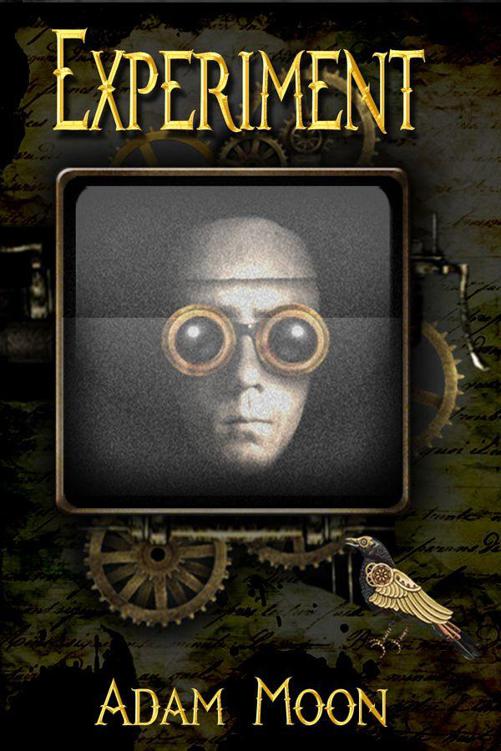 James Hoo was supposed to wake at 6am and so he did. He was supposed to keep immaculate personal hygiene and therefore spent the next twenty minutes making sure he did just that. It was necessary to eat a balanced and nutritious and yet light breakfast with all the essential vitamins and nutrients to get him through the day. He made the recommended breakfast and diligently ate every last drop.

He placed the dish in the incinerator with the knowledge he would be provided a replacement dish by the end of the day.

His mate, Margaret awoke at 6:30am. He greeted her with a smile. She returned his smile but hers was weaker, showing a hint of unease.

"Are you going to be alright with me gone all day?"

She lied when she replied, “Yes”.

He was permitted five minutes
in the Government multimedia browser. He attached the input lead to the port on his left temple and made sure to position himself perfectly beneath the array of laser light emitting from overhead. His brainwaves were his fingerprint which granted him access to all that he was cleared to view. He ranked above almost all others at the corporation and therefore he had to be sure to keep everything that he learned from the browser to himself.

He spent four minutes in the browser.

He spoke to Margaret for one minute.

“Make sure the residence is appropriate by
2pm.”

She returned, “What level is the sweep.”

“Level-three. You’ve done this before. Don’t worry about it. They probably won’t even come in”

“What if they get suspicious?”

“That's why you need to hide your guilt and your fear. You can do that can’t you?”

“Of cou
rse,” she replied reassuringly. “Don’t worry about it. I fooled them during that level-seven sweep last month and that was when the evidence was all over me.”

“Just don’t let your feelings get the better of you. I know you’re emotional right now but we can get through this if you stay strong.”

She nodded and hugged him affectionately.

He returned her embrace and then stiffened up appropriately to leave the domicile.

His laboratory was contained within the same building as his
domicile. The corporation had bought and paid for him and they made sure he was readily available to them at all times.

Margaret, h
is
domicile mate
(as the corporation labeled her) was selected for him by the corporation based on genetic compatibility and genetic traits. She was chosen because her genes suggested her to be meticulous to details, friendly but in an impersonal way, and devoid of any sexual urges. James might have just as easily been paired with a man, for the purpose of the mate was simply to ensure harmony and cleanliness within the domicile.

The corporation wanted its
best assets well taken care of.

He was engineered
to be of genius intellect and to be exceedingly curious (he was younger than anyone within the corporation by at least twenty years and yet he outranked just about everybody, partly because of these programmed traits) but also subservient to the wishes of higher command. These were but a few of his main functions.

The
essential traits
insisted upon by the government would have been added to his genetic material as well. Not doing so was a crime.

James was not alo
ne in this. By the end of the 23
rd
century, natural mating was forbidden. The government deemed it irresponsible to bring a child into the world who was not guaranteed to be a perfect citizen. Citizens had to be capable in order to augment the greater good of all mankind.

Large corporations flocked to this banner and were the fi
rst to embrace
designer humans.

By the
end of the twenty fourth century, anyone found to have been born naturally was terminated. The exterminations were a part of
The Enrichment
program.  The program not only ensured a better world population, but a smaller population because genetically engineering a human took many years to perfect.

It was
almost a perfect science, but occasionally an engineered human would exhibit undesirable traits which had not been programmed. Scientists wrestled with this anomaly for decades but eventually they were forced to factor the variables into their calculations. For this very reason, all humans were raised in special camps where they were exposed to the most individually beneficial environment for their specific traits. In these camps they were under constant supervision in case they acted out of the ordinary. These oddball children were promptly eliminated from society before they could spread their corrupt influence.

James was lucky in that he'
d been programmed with greater intelligence than any other person living today because he had secrets that took all of his ingenuity to keep hidden.

He'
d felt different his entire life. Everyone was programmed to have little or no sexual urges, but from a young age he felt a strong desire toward the opposite sex. He also felt a strong urge to rebel against societal constraints. Because of his intelligence, however, he was able to hide his unnatural tendencies from the world.

James approached his laboratory.
He was the head of experimental sciences. His employees would arrive at exactly 8am. By arriving at 7am he would normally have ample time to organize the day for his staff but for the past two years he'd been using this time for something other than planning the day's work schedules.

His latest design was
a machine for the corporation that could instantaneously transport anything non-organic to anywhere in the universe. There could be multiple applications for such a transporter but the main use would hopefully be to transport a high powered telescope across vast distances of space to view far reaches of the universe. The strongest telescope was powerful enough to see perfectly across any given distance; its clarity was infinite, and that very telescope was now an important part of James’ experiment.

T
elescopes were flawed in that they could not show things as they are in their present state; this was a light-speed barrier problem that until now, no one was able to avoid. With the transporter, however, the telescope could bypass the light-speed barrier problem altogether and therefore not only see the entire universe close up, but also in real time, as it is now.

The telescope would then return to earth where the images could be ev
aluated by the scientific team (all viewing had to be conducted from earth because it was impossible to transport organic material).

The transporter
had been in Beta testing for over two years. It had just passed all testing phases and James was ready to pitch the idea to the corporate board members. There were enormous amounts of energy required to power his transporter when it was sent across vast distances and he worried that the cost alone might be enough to shut down the project.

He had a
10am appointment with the board later in the morning to address the issues and to see if the project would go forward or not.

His first unsanctioned experiment with the transporter would have warranted little more than a warning had he been
caught. These latest endeavors, however, were what posed the greatest risk to him.

The transporter had been operational for just a few weeks
and wasn’t even in Beta testing when James hit upon a new use for it. He theorized that he might be able to see into the earths past with it. If he sent the telescope out, say, fifty million light years, he could zoom back in and see the earth as it was fifty million years ago. If he sent the telescope out further still, he’d be able to see even further back in time, and see every detail imaginable.

As of late
though, this harmless tinkering had grown in magnitude as his theories and experiments became more daring and dangerous. He had become a corporate criminal.

Every day for the
first year of testing, he’d come to work in the morning and spend an hour looking into the earth’s past.

Although his educational training within the children’s camps scarcely touched upon history (it was not deemed beneficial to his future as a
n experimental scientist) he had enjoyed it immensely. He had learned about the decadent twentieth and twenty first centuries. The over population and resultant famine of the twenty second century and then the social changes of the twenty third century which had ultimately launched the ideologies which shaped his world today.

Through his telescope, however, he’d skipped far past these recent histories and went back further than he could have imagi
ned. He’d seen things that he'd never learnt about in the camps.

He had seen
a variety of early hominids, pre-historic mammals, and then dinosaurs as he traveled further and further back through time. Further back still, he witnessed the planet entirely covered in ice like a giant snowball; and before this he saw Rodinia emerge as the first single proto continent with its partner ocean, Iapetus. He went back further and was amazed and even shocked by the appearance of the early earth, all molten and cloudy and poisonous.  During his most recent viewing he had seen an incredible collision; one that he had never imagined possible for a planet that now harbored life. He saw the newly formed earth struck by another planet that was roughly the size of Mars. The debris that emitted from the catastrophe would coalesce into what would become the moon.

The drastic transformations the earth had undergone over billions of years seemed, to him, to contrast with the static society he lived in
today. How could the dominant species on a volatile and ever changing planet be so fixed and immovable and plain?

It
all fascinated him, but he knew it would not be financially beneficial to the corporation to use the device in such a way. These excursions were unplanned and unapproved by the board. The power required for such relatively short distances would not be too great and he could have asked permission, but his curiosity would not allow the possibility of rejection to stand in his way. None of what he had done that first year was technically illegal anyway.

Lately
, however, he had secretly taken to adding bolder modifications. Because he had no permission for these extremely dangerous modifications, he was officially breaking the law. He would most certainly be sentenced to death for such infractions if he were to be caught in the act.

He saw potential in his technology that
the board members could never understand. He couldn’t involve his staff of technicians in his experiments because they would certainly report him. His technicians would never comprehend the new applications anyway. They were still trying to fathom the abilities of the transported telescope. James knew they would only slow him down, and so he worked on these modifications alone four days out of the week.

He had finally finished
his latest modification after months of work. He quickly readied the telescope for transport. He had twenty minutes until his staff arrived.

He
calibrated it using his hidden command station located under the main instrument panel. In ten minutes it would return to him from where he was going to send it. He was giddy with anticipation, but he hid his elation out of habit.