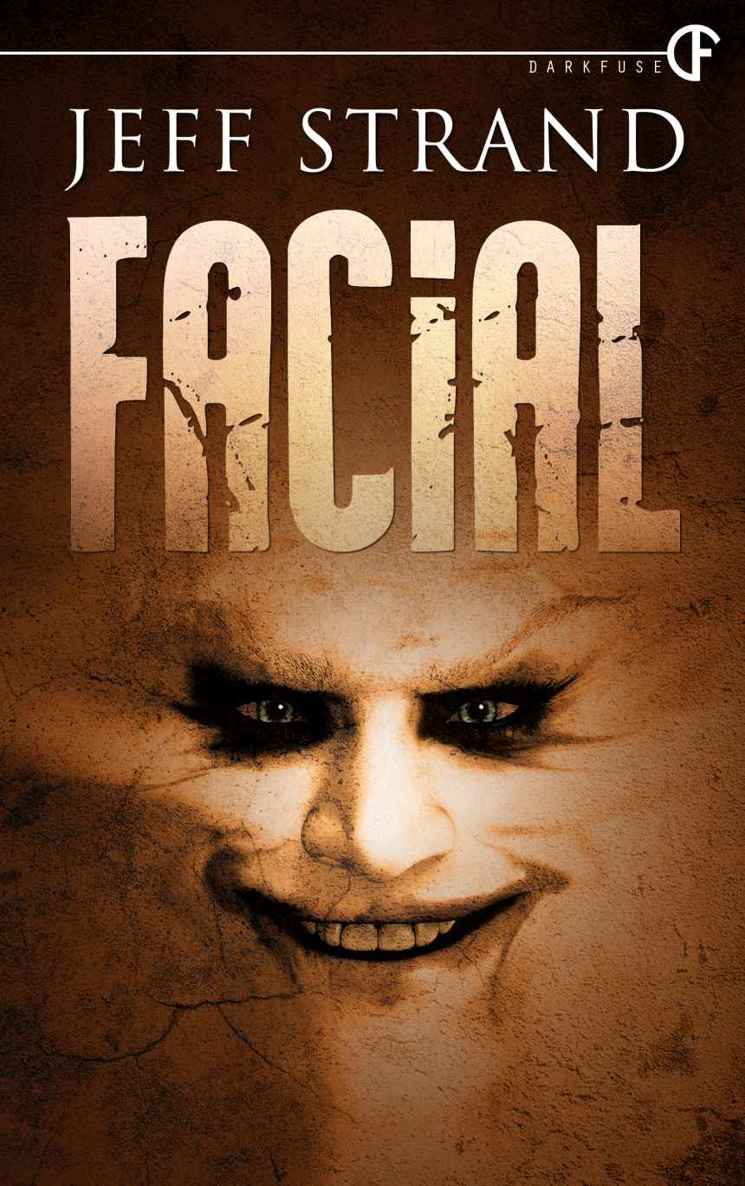 This book is a work of fiction. Names, characters, places and incidents are either a product of the author’s imagination or are used fictitiously. Any resemblance to actual events, locales or persons, living or dead, is entirely coincidental.

Find out why DarkFuse is the premier publisher of dark fiction.

Join our newsletter and get free eBooks:

Check out the author’s official page at DarkFuse for a complete list:

“You don’t get paid extra for killing innocent bystanders! Are you kidding me?”

Dirk leaned forward in his chair, resting his arms on my desk. “You hired me to kill one person. I killed four. That’s going above and beyond. I’m not saying that you should quadruple my fee, but I think an extra ten percent per bonus victim is reasonable.”

“Are you out of your mind? I should
deduct
ten percent for each one! I shouldn’t pay you at all! This is a major screw-up!”

Dirk stared at me for a moment, as if trying to decide whether he should jam a very large knife into my face. Then he grinned. “Relax. I’m messing with you. I wouldn’t botch a job like that. I only killed Tommy. Nobody saw a thing.”

I let out a sigh of relief. “And did it look like an accident?”

“Messing with you again.”

“Well, could you stop? I don’t need you trying to lighten the mood.” I wiped some sweat from my brow. I wanted to gulp down half a bottle of Peptol-Bismol but I wasn’t going to do that until after the assassin left. I’d never had anybody killed before, and it was stressing me the hell out.

“I brought you his hand,” said Dirk.

Dirk dropped a severed hand onto my desk.

I gasped. “What the fuck is that?”

“I should point out,” said Dirk, “that your exact words were ‘Make it look like an accident if you can.’ I couldn’t. He tried to get away and I had to stab him in the back a few times. Then I decided that you might want proof.”

“How is this proof? How the hell would I know what Tommy’s hand looks like? I don’t spend time memorizing people’s hands, you stupid idiot!”

To be fair to Dirk, the hand did match Tommy’s skin tone, and it was the correct size, and the couple times I’d seen Tommy he was constantly biting his fingernails, so it was indeed an indicator that the job was done. Still, I didn’t need to have it dropped on my desk. And this whole situation had turned me into the kind of guy who would say something like “stupid idiot.” I usually hated that kind of redundancy.

“Take the hand back.”

“No, I don’t want it! You’re getting DNA evidence all over my desk!”

“Relax,” said Dirk, picking up the hand and tucking it back into his jacket pocket. “Just spray some Windex on it. Nobody is going to dust your desk for fingerprints. This will never come back to you, I promise.”

“You know what? I have a great idea. How about you take the other half of your payment, and then get the hell out of my office so that I never have to see you again? How does that sound?”

“That sounds perfect. Of course, there is still the matter of the goat.”

“The goat Tommy was sacrificing before I killed him.”

I shot him in the face.

To clarify: I did not shoot him because of the goat joke. Killing him was the plan before he even showed up at my office to tell me the job was done. The goat joke just made me feel less bad about it.

His body slumped to the side and tumbled out of the chair.

We had an intercom system, but I never used it because it made me feel like the kind of asshole boss who would call people into his office through an intercom. “Jasper!” I shouted. “Get in here!”

Jasper opened my office door. “Aw, Jesus,” the big guy said, gaping at the assassin’s body. “You shot him in the face.”

“Where did you think I was going to shoot him?”

“I don’t know. His chest? I didn’t think you were going to shoot him in the
face
!”

“Stop whining and get him out of here.”

Jasper pressed his hand tightly over his mouth.

“Are you gonna puke?” I asked.

“I swear to God, you’d better not puke. I mean it. One drop of vomit and you’re getting the next bullet.”

Jasper nodded his understanding, but he didn’t remove his hand from his mouth.

To clarify: I wasn’t really going to shoot Jasper if he vomited. But I was having enough trouble holding it together myself, and I didn’t need my assistant making things worse.

“He was a hit man used to a world of danger,” I said. “If I’d shot him in the chest, it might not have killed him right away. What if he’d had time to grab a pen from my desk and stab me in the throat with it? What then?”

“I’m going to step outside,” I told him. “If you need a couple more minutes to get yourself under control, fine, but I want this body moved. Got it?”

I pushed back my chair, stood up, walked around my desk, and vomited when I saw the corpse on my floor.

I dropped to my knees, coughing and retching. So much blood! So much blood! Oh, God, Jasper had been right—I shouldn’t have shot him in the face! His nose—his nose was completely mangled! It was horrific!

Jasper helped me to my feet and led me out of the office, quietly assuring me that everything was going to be okay, that I had nothing to worry about, and that he’d clean up the mess, no problem.

We walked through the waiting room, which only took a few steps, and then went outside. It was a cold, rainy night, and this strip mall didn’t get a lot of business at 2:00 AM, so it was just Jasper and I in the parking lot.

Excluding the three empty places with “For Rent” signs in the windows, the strip mall had five shops: a hairdresser, a bad Chinese place, a worse pizza place, a nail salon, and my résumé writing service. Most people who needed that kind of service these days took care of it online, but I catered to the clientele who wanted to just sit across the desk from somebody and answer questions while they wrote their résumé for them.

No, this business wasn’t a front. I wrote résumés. Damn good ones. It didn’t matter if you’d been fired from your last job at a fast-food restaurant for peeing in the fry grease or you enjoyed the occasional mid-morning hit of crystal meth, I could make your skill set sound impressive.

I took off my glasses, which were fogging up in the rain, and scratched the back of my head, the only place where hair remained. “It needed to be done,” I said.

It didn’t need to be done. Both of us knew that. Tommy had been executed for the crime of banging my wife, and, let’s face it, that’s a reason you
want
to kill somebody, but you don’t
need
to do it.

I mean, I hadn’t killed any of the other guys. Michael, Gary, Lester, Franklin, Mac, the Jerry/Johnny sandwich, etc. I resented them, but I didn’t try to get revenge. And I
approved
of Melissa and Sarah, even though it’s not like I got to watch or anything.

That’s the state our marriage of twenty-three years had been in for the past five years. Felicia was cheating on me every chance she got, and I’d hit the point where it satisfied me that she at least had enough consideration for my feelings to
try
not to get caught.

Oh, believe me, she wasn’t trying all that hard. All I had to do was monitor her e-mail and text messages to figure out what was going on. She did change her password on occasion, but only the last number, so it was pretty easy to keep track of the various lovers she was juggling. Presumably there were more with whom she didn’t keep in touch afterward.

Tommy would have simply been another name on the list, except that he e-mailed me a picture.

I don’t know if Felicia gave permission for it to be taken, since she wasn’t facing the camera. The subject line of the e-mail was
I Bet She Didn’t Do This Even BEFORE You Were Impotent.

I wanted to strangle the son of a bitch. But I was a nearsighted potbellied non-exercising cowardly forty-eight-year-old. I wouldn’t be strangling anybody. And if I drove straight to his house (a nice one, according to my online search) and shot him, I’d probably get caught and go to prison.

I never mentioned the picture to Felicia, and I let Tommy be my wife’s friend with benefits for another seven months before I hired Dirk to kill him.

In addition to my inability to achieve an erection, my business was in the crapper. This meant that when hiring an assassin, affordability was a key issue. I had to hire the kind of lowlife dimwitted jackass who would bring back his victim’s hand when it was supposed to look like an accident.

The advantage, however, was that I could shoot this lowlife dimwitted jackass in the face and nobody would miss him. It let me tie up the loose end of Tommy’s death while providing me with a freshly killed corpse.

Detroit City Is the Place to Be by Mark Binelli
Things I Want to Say by Cyndi Myers
Dart and Dash by Mary Smith
Cobalt by Aldyne, Nathan
The Antagonist by Lynn Coady
Deadly Deceit by Jean Harrod
How to Lose Your Virginity ...And How Not To by Shawn Wickens
The Remedy by Suzanne Young
The Book of Spells (Marriage to a Billionaire #3.5) by Jennifer Probst
Understanding Business Accounting For Dummies, 2nd Edition by Barrow, Colin, Tracy, John A.