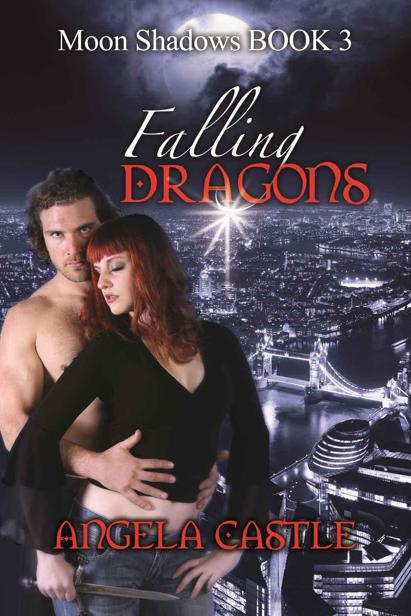 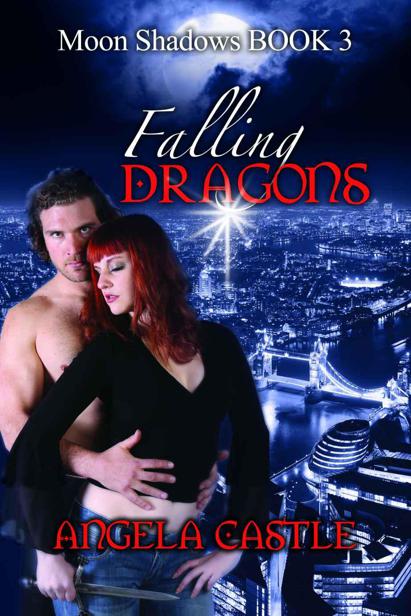 Warning: The unauthorized reproduction or distribution of this copyrighted work is illegal. Criminal copyright infringement, including infringement without monetary gain, is investigated by the FBI and is punishable by up to 5 (five) years in federal prison and a fine of $250,000.

Names, characters and incidents depicted in this book are products of the author’s imagination or are used fictitiously. Any resemblance to actual events, locales, organizations, or persons, living or dead, is entirely coincidental and beyond the intent of the author or the publisher.

WHAT THEY ARE SAYING ABOUT

"Angela Castle's,
Moonlight Captivation
completely encompasses all of the reasons why I enjoy romance—the perfect combination of passion, intrigue, drama, and sar-casm. The plot is unique and exciting. The characters are independent and courageous, with natural and heartfelt emotions, as well as witty and passionate interactions be-tween them."
~ 4.5 stars, Monica - Risque Reviews

"It was nice to get lost in another world. A world filled with different beings and creatures, with powers and languages all their own."
~ Reviewed by Dahlia - Long and Short Reviews

Other Books by Author Available at Torrid Books:
www.torridbooks.com

Dragon Down Under Series

Ophelia’s heart pounded in her chest as she gathered speed to help her vault across a five foot expanse between buildings. There was no time to admire the winking lights of modern London as she skidded to a halt over rough stones and tar. She bent over to take air in gulps, unaccustomed to running so hard. In that moment, she wasn't sure what felt worse, her scratched and bleeding feet, or the cold. She hated being cold.

With a quick glance over her shoulder, her keen eyesight saw several shadowy figures advancing, so far managing to keep up with her building leaps. Damn them all to the darkest pits of the seven hells.

Racing the expanse of the building’s roof top to the next ledge, her arms cartwheeled backward to stop herself tumbling over the edge—four stories down was a dark alleyway. There was no way she could leap the seven meter gap to the next roof with her limited strength. Her head spun, the sickening pitch in her stomach making her feel giddy; heights her second pet hate, the first being the cold. Two choices, jump and risk injury, or surrender. Neither held any real appeal.

She glanced over her shoulder again. Any moment they would be within tranquilizer range. A shot whizzed by her head.
Shit.
They were closer than she realised. Taking the lesser of two terrors, Opie sucked in a deep breath and leapt over the edge. A scream tore from her throat as she fell.

Rhythmic techno music thrummed in Simon’s brain, the beat of the club music making it hard to hear, the dimmed darkness and coloured flashing lights making it difficult to see. Sucking in a deep breath, he tried to sort out the different scents. Sweat, alcoholic drinks, drugs, and the perfume of scantily clad young women. One doe-eyed beauty pressed herself up against him beckoning him to dance. Normally he would have taken more time to enjoy the pleasure of a soft skinned woman, but not tonight. Tonight the demon he hunted was too close.

Gullu demons, a particularly nasty and ancient brand of demon, sustained on the souls of the innocent. This particular creature hunted for his next meal. These dance clubs were full of tasty morsels, ripe for the plucking. The modern age made it easy for demons to go unnoticed by the human populace.

With a shake of his head he pushed the woman gently aside and moved forward. He caught a whiff of sex, drugs and sulphur. He turned in the direction of the scent, pressing through the throng of writhing bodies. Reflective eyes flashed between the strobe lighting. Simon let his blades drop into his palms and moved forward quickly. Many demons in the human realm disguised themselves as one of them, better to blend in without causing hysteria or being hunted by the human law. Try as they might, they could not hide their reflective red rimmed eyes or the rotting sulphur scent of the Lower Realms.

Simon’s height was a disadvantage as the demon spotted him before he could close the distance between them. The demon bolted to the back exit of the club, shoving humans out of his way to aid its escape. Simon swiftly followed, the slimly little bastard wasn’t getting away this time. London’s cool night air hit Simon as he burst through the exit.

The demon ran down the alley, heading for the street. Simon gripped his blade, throwing the long dagger at the demon’s back, hitting it right between the shoulder blades. The Gullu went sprawling onto the old cobblestone floor. Wasting no time, he drew his favoured sword and ran forward. The demon twisted around like a dog chasing its own tail, trying to pull the blade from its back.

“You don’t hunt on my territory and not pay the price, demon.”

“I’m happy to take my business elsewhere, hunter.” He sneered, gripping the blade, yanking it out.

A sudden feminine scream from above made them both look up. Simon reacted without thought. He dropped his blade, darting forward to catch the falling girl before she hit the ground. Wild, frightened, emerald green eyes looked up into his. Her hair was a wild mass of untamed, coppery red curls. She threw her arms around his neck, gripping him tightly as she buried her face into his chest.

“Help me!” she panted breathlessly, her small yet curvy body trembling in his arms. As much as he wanted to hold her close and ease her fears, now was not the time.

“Easy there, sweetheart,” he soothed, but the distraction cost him as the demon leapt, knocking them both backwards. Simon landed heavily on his back, jarring his spine. He gripped the woman to stop her from sprawling onto the cobblestone pavement. She gasped in shock.

Unharmed, Simon rolled with her, shielding her as the demon suddenly shed its human disguise. Dual wings sprouted, its hands and arms became bony hard limbs, its fingers became claws. The demon’s face elongated and the skin of its greenish grey lips stretched back as poisonous fangs sprouted from its mouth and its eyes glowed a deep red.

Simon jumped into a crouch over the woman and kicked the demon hard before it could thrust a blade into his back. It clattered, hitting the opposite wall. Demons were always stronger and quicker in their true forms. Simon leapt to his feet and pushed the wide-eyed woman back into a corner. He turned and ran at the demon, swooping down to snatch up his fallen sword. He needed to end this as quickly as possible.

Warmth seeped into Opie’s skin on contact with the large, strong man. Instantly, she felt safe. She obeyed her instinct to hold onto this man; grip him tightly and never let go. She wanted to crawl under his skin to stay wrapped in his warmth. He scented of musky masculine warmth, and oddly of Scandinavian pine. Whatever it was it made her mouth water. She wanted to lick him and find the flavour of his skin. Being flung to the ground interrupted her shocking chain of thought.

Quickly, he set her aside and resumed the battle with the demon, a battle she’d obviously interrupted by falling on him. Despite his larger size, he moved with the grace of a skilled warrior, regaining a sword from the ground and attacking the demon that had attacked them.

Opie had seen that kind of demon before—a Gullu demon. Their bite was poisonous, human victims writhed and screamed in agony within seconds of being bitten. She sensed her pursuers, and glanced upwards to the roof from where she had just jumped. Opie didn’t bother to hide. Even if they couldn’t see her, spotting the fight between the demon and the stranger would draw them down. Ophelia knew there wasn’t much time before they arrived. And she sure as hell couldn’t shift in the narrow alley. The drugs, still in her system, also suppressed her ability to teleport.

They had to get out quickly. Snarling, the demon leapt at the warrior, who jumped out of the way, sending his blade slicing through a demon arm. The creature screamed. Opie gripped the sides of her head, covering her ears in an attempt to mute the horrid sound. She stood transfixed, watching the man carve up the demon with the ease of cutting a Christmas turkey. The last thing he did was sever the head and plunge a dagger through the creature’s heart. Without the heart and head connected, the remains of the demon melted away in a hiss of bubbling acid.

It was clear that no ordinary human was capable of defeating a Gullu demon. Demon hunter. She knew they existed, she’d heard rumours of men and women roaming through the streets at night to protect the human populace from the evil of the Lower Realm. Climbing to her feet, hanging onto the dumpster for support, she gazed up at the giant of a man standing a good foot taller than her little size of five foot three.

Opie wasn’t sure if it was the drugs in her system or the desperation of her situation, but she knew he was big, strong, a skilled fighter, and exactly what she needed. She shivered. The thin, white, cotton top and shorts did nothing to protect her from the cold of the night. She gingerly crept forward, wrapping her arms around herself. He turned towards her, worry in his deep set blue eyes. He probably assumed she was going to have an attack of hysterics from watching him slay a demon.

“Easy there.” He sheathed his sword before the giant of a man strode forward, sliding the jacket from his shoulders and wrapping it around hers, enfolding her right down to her knees. The warmth of his jacket combined with his lovely, musky, masculine scent, made her close her eyes and inhale. When she opened her eyes again, she found him studying her curiously.

“Thanks for, um, catching me.”

“It’s a good thing I was here. What on earth possessed you to jump from a four story building?” The deep timbre of his voice resonated through her whole body, tingling it from the roots of her hair to the very tips of her toes. Wow, what a voice—smooth and deep, like silk, holding to the faint markings of an accent.

“Not much of a choice. You’re a hunter right? I mean it’s not everyone that can kill a Gullu demon.” Even in the shadows of the dimly lit alley, his deep, dark blue eyes widened slightly with surprise before they narrowed with suspicion.

“It’s a night full of surprises. Not many people know about the other side of London’s nocturnal activities, let alone recognize a species of demon. But yes, I’m a Demon hunter. Simon at your service, little lady. And who did I have the pleasure of catching?”

“Ophelia Smith, but that’s not important.” She fought to hold back the whimper of pain as she stepped down on the heel of her foot. She would have fallen if he hadn't swiftly stepped in to scoop her up into his strong arms, holding her tightly against his hard, muscled chest. He was a beacon of warmth, making her want to snuggle in deeper.