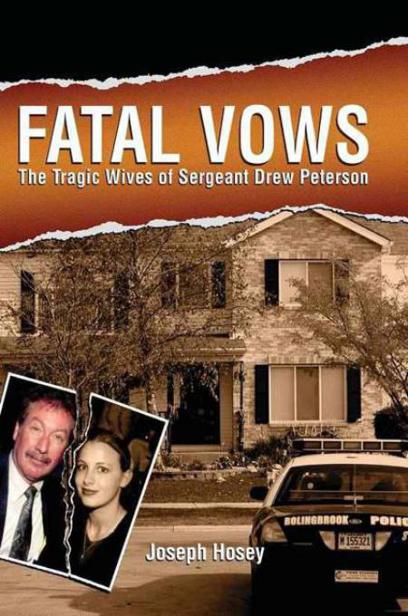 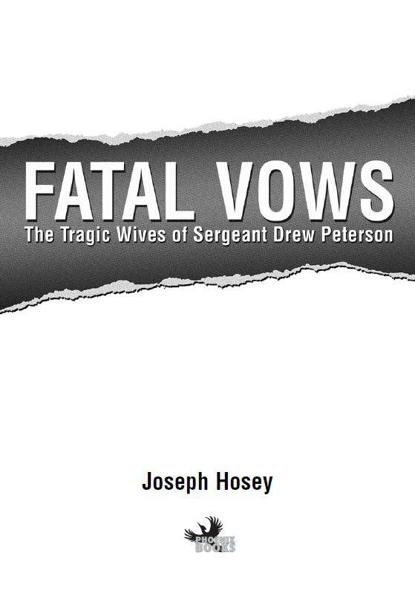 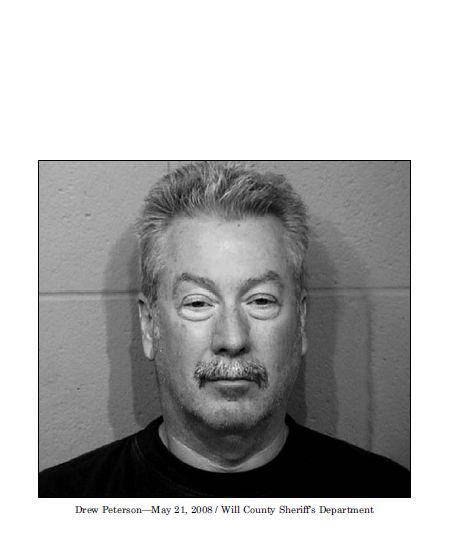 All rights reserved. Written permission must be secured from the publisher to use or reproduce any part of this book, except brief quotations in critical reviews and articles.

The opinions expressed in this book are those of the author of this book and do not necessarily reflect the views of the publisher or its affiliates.

“He knows how to manipulate the system, and his next step is to take my children away. Or kill me instead.”

—From a letter dated November 14, 2002, from Kathleen Savio to Will County Assistant State’s Attorney Elizabeth Fragale regarding her estranged husband, Sergeant Drew Peterson.

W
alter Martineck hardly knows Drew Peterson, a retired police sergeant in the Chicago suburb of Bolingbrook, but he’s a good friend of Peterson’s stepbrother, Tom Morphey. So it was that Martineck found himself unwittingly drawn into the events of October 28, 2007, the day Peterson’s young wife, Stacy, was last seen. The prologue that follows is a dramatization based on an account Morphey reportedly gave to police, as well as statements Martineck made in the media regarding his strange run-in with Morphey late that day, before Martineck had heard a word about Stacy’s disappearance. In the months that she’s remained missing, numerous stories have flooded out from both those who knew her well and those who barely knew her; stories that the police, and everyone following the case in the national news, are sorting through to answer the vexing question: What happened to Stacy?

Drew Peterson set a cup of coffee in front of his stepbrother, who was slumped in a stuffed chair in the back of Starbucks, away from the wide windows looking out onto busy Weber Road. Tom Morphey sipped the coffee and waited to hear why Peterson had summoned him there.

But Peterson only said, “Drink this. You look like you need it.”

Morphey could believe he did. He’d woken up that morning with a familiar dull ache behind his eyes and burning in his stomach after spending the day on the couch, watching the Bears give away a game to the Lions. Then he dozed off and might still have been asleep if his stepbrother hadn’t called at 5 o’clock that evening, asking to meet him at the Starbucks midway between their homes in the Chicago suburb of Bolingbrook.

Peterson told Morphey to be there at seven; it was important.

Morphey heaved himself off the couch and, since he had nowhere else to be, headed over to Starbucks, happy for the chance to help his stepbrother for a change. Usually it was Peterson coming through for him with things like money, furniture, or work. Just the other day Peterson had told him he could probably line up something at the local Meijer department store; Morphey needed the job, and it would not have been the first that Peterson had helped him get.

When Morphey walked into Starbucks, he was early for their meeting. Peterson was already there, sitting in back, reading the paper.

After getting Morphey coffee, Peterson asked, “How’s things at home?”

Morphey just shrugged and asked about Peterson’s three boys, daughter, and wife, Stacy. Peterson gushed about the kids: Tom at the top of his class and playing trumpet in the school band, Kris a champion junior high wrestler, Anthony and Lacy adorable and growing up fast. About Stacy—his fourth wife, mother to Anthony and Lacy, stepmother to Tom and Kris—he said nothing. He fell silent and stared across the table.

“Taking the day off.” More silence. Then: “I need something.”

So he didn’t just want to talk, to get something off his chest. He—Drew Peterson, Bolingbrook police sergeant, enforcer of law and order—needed something from his troubled, unemployed stepbrother. It was the best Morphey had felt in a long while.

“What?” he said quickly.

“Stacy,” Peterson said. “She said she’s leaving me again. You know how she is.”

“It’s like this every month,” Peterson said. “Right around her period. It’s getting to be too much. Especially since Tina.”

Stacy’s half sister, Tina, had died about a year before. Peterson had told Morphey how hard Stacy had taken it, about her depression, her pills. Morphey, too, knew a little something about depression and pills.

“You know what else?” Peterson said. “I think she’s running around on me.”

Peterson pulled out his wallet and opened it to a picture of Stacy, in a tight party dress, leaning over Drew as he sat on a chair. “You’d say no to this?”

“She’s a fox,” Morphey agreed, “but that doesn’t mean she’s running around.”

Peterson put the wallet away. “It’s getting to be a problem,” he said. “She’s a problem. We got to dispose of the problem.”

Morphey didn’t know what to make of that. He didn’t really want to know. Had he even heard his stepbrother correctly? He didn’t try too hard to figure it out.

Peterson rubbed his temples and pushed back his hair. “I need you to wait here for a little while.” Then he reached into his jacket, pulled out a cell phone and handed it to Morphey.

“Take this. Whatever happens, don’t answer it. Just stay here. Don’t fall asleep. Get another coffee, whatever. Just don’t leave and don’t answer the phone. And don’t call anybody either. Think you can handle that?”

Peterson left. Morphey studied the phone. It was a nice one, but Morphey did not mess with it. He did not want to screw up. He sat there and tried to stay awake.

After about half an hour, a jolting ring made Morphey drop the phone in his lap. When he picked it up, he saw the caller ID.

Morphey stared at the phone until it stopped ringing. He didn’t know what was going on, but suddenly he wasn’t so sleepy.

Another half hour passed before Peterson reappeared. When Morphey asked where he had gone, Peterson told him that he just went to run an errand.

Morphey handed back the phone. “Your wife called.”

Peterson put the phone in his pocket without looking at it. “I know,” he said. “You did a good job.”

Out in the parking lot, Peterson said, “Give me a call tomorrow. I might have something on that Meijer’s thing.” He got in his GMC Denali and drove off.

A few hours later, he called Morphey again. “You think you can come over here? I need a hand moving something. The Denali and the Grand Prix are in the driveway, so just park in front. You’re all right to drive, right?”

Morphey put on his jacket and headed for the door. He told his girlfriend Sheryl he’d be back in a minute; he had to go to Drew’s.

When he got to Peterson’s house, his stepbrother opened the front door before Morphey had a chance to ring the bell. As Morphey stepped inside, Peterson glanced around the sleepy cul-de-sac. It was a few days before Halloween. The air was crisp, the house almost as dark as the street.

The kids were sleeping, and Peterson said Stacy was out with her sister. Morphey thought that was strange, since both cars were parked in the driveway. Maybe Stacy’s sister had picked her up from the house.

Morphey followed Peterson upstairs and into the bedroom. He noticed a blue plastic barrel next to the bed. The barrel was tightly sealed and had two plugged holes in its lid, maybe openings for a pump. It looked a little smaller than a fifty-five-gallon drum.

Peterson squatted and put his fingers under the edge of the barrel’s bottom. “I’ll tip it,” he said. “You take it from the top.”

He pushed the barrel over, and Morphey accepted its weight. It was warm against his hands. Peterson backed out of the bedroom and toward the stairs. Morphey walked after, holding up his end. The barrel was not very heavy, and now Peterson bore all of its weight as he stepped backward down the stairs.

Morphey asked what was in the barrel.

Morphey thought it was strange that Peterson would have a barrel of chlorine for his swimming pool all the way upstairs, next to his bed. He wondered for what reason it needed to be moved late on a Sunday night, not to mention why it felt warmer than the air in the room. But he didn’t ask any of these questions. He told himself to just believe his stepbrother, to go along with it and show himself capable of helping with this simple task.