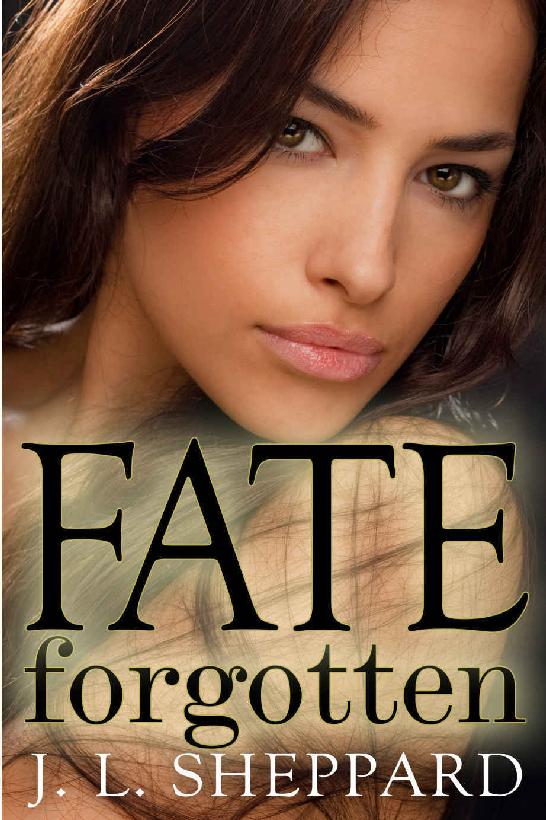 A word about the author…

A beautiful stranger sleeping on his couch.

His chest heaved. A low growl escaped his lips. Rubbing his sweaty palms against his jeans, the sense of possessiveness overwhelmed him, so much of it, it spilled out of him.

On her side, her body turned toward him, her head on a blue cushion. Deep auburn hair spilled around it in waves. Dressed casually in a pair of jeans, a green blouse, her shoes, a pair of flats, lay on the floor in front of her.

Beautiful. No other way to describe her. Utterly, mind-bogglingly beautiful.

Petite, a slim waist, and rounded hips. Her face stunning: cheeks flushed, nose small and pointy, lips shaped in a perfect bow. Her dark hair seemed silky and thick, and she had the longest lashes—lashes that made him wonder what color her eyes were.

Taking a step closer, he pulled in a breath. Shivers ran through him. Holding back a groan, his jaw clenched.

No longer a mystery, the haunting scent was
hers
.

It wasn’t just her scent, it was
her
. Bewitching, everything about her fascinated him.

His body pulsed. The desire to hold her, comfort her, protect her,
claim
her coursed through him. Powerful, confounding, and indescribable. Even now, staring at
her
he was drawn inexplicably. He couldn’t put it into words, and he couldn’t ignore it. But he
knew
why he couldn’t control it.

She was
his fated mate…

“Ms. Sheppard provides a solid foundation and introduction to a unique band of characters, with each one standing up to be counted.”

“This fast-paced plot keeps the adrenaline pumping with action, suspense, romance and emotional drama [in
BURDENED BY DESIRE
].”

“If you’re looking for a paranormal read with romance sprinkled on top, then [
HEAVENLY DESIRE
] is a series you need to read.”

“This romance captures the heart from the very beginning…”

For you, I am eternally grateful.

Thank you for making my dreams come true.

A precious pupa, a doll
,
he thought, when his gaze landed on the small child standing feet from him. The spitting image of his sister, a replica with long, black hair in waves, round dark eyes, and pouty lips.

The child flung herself at him and shrieked, “Uncle Jake!” She wrapped her little arms around his legs tightly.

Her grief struck him, rendering him immobile. Shocked, he tried to move, but his limbs refused. He tried to speak, but no words resonated.

When she released him, he finally summoned the strength. He rested his weight on one knee, getting a closer look at the oval face that resembled the sister he’d lost.

She nodded, her dark hair moving, partially covering her beautiful face. When she placed her small, shaking, cold palm on his face, on instinct, he tucked her hair behind her ear and placed his hand over hers, warming her fingers.

As he stared into those intelligent, round eyes, reality overwhelmed him. His sister and her mate were dead, leaving him, an angry, bitter man to care for their precious daughter, Annie, a four year old he’d never met, but who somehow recognized him.

Tears filled his eyes and threatened to spill.

How could a child in need of consolation try to comfort him, a man, who had no love to give?

In a split second, the answer came to him: no matter how much he isolated himself, when loss came, it would still tear him to shreds, uncovering what he’d buried, showing him he had more love than he ever thought. A bittersweet revelation.

He’d wasted years creating a wall around him, and only wounded himself in the end. Now, he couldn’t turn back time and tear it down.

Jacob would never share one more day with his sister. He’d never hear her voice or her laugh, never hold her or tell her he loved her. He’d never get the chance to thank her for being a wonderful sister or apologize for being a heartless brother.

For so long, he lived thinking his life ended when he lost the woman he loved. It hadn’t been the case, and it wasn’t the case now, either.

He had a doll, a pretty pupa to care for.

Shamelessly, he let the tears blurring his eyes fall, destroying his shield. The tears fell and fell for all he let his anger cost him. His niece’s eyes welled. His heart clenched. His strength faltered. A new flood of tears dripped down his face. Hers fell, too. She wrapped her arms around his shoulders, and he in turn encircled her tiny body in his.

“I’m here, Annie.” His face buried in her hair, he whispered, “I vow to take care of you. I’m a shred of a man who knows nothing, but you’ll be safe. I promise.”

She sobbed against his chest. As his own silent tears continued to spill, he carried her away.

He had no will to enter the home where his beloved sister and her mate had been slaughtered. All he’d come for—his niece, and all he left with.

Jacob left the demon plane as he’d entered, through the portal Benjamin opened. His mind and emotions in shambles, he had no desire to speak to anyone. The portal allowed him just that, leading him back to where he’d left on his floor at the demon compound, a fifteen-story building in Manhattan where he resided with the king, queen, and four other demon warriors.

Centuries ago, the Malums started their revolt in the demon plane. They called them Hellions then and were thought to have been defeated. They hadn’t been. Led by the demon king’s twin brother, David, they left, grew in numbers, and started killing innocents in the mortal plane. Their goal: to kill off mortals and dominate the immortal breeds. It seemed now they’d grown enough to infiltrate both planes. That didn’t bode well for the Guardians, those who’d entrusted themselves with battling Malums, protecting mortals and immortals. Jacob, as a Guardian, realized this, and yet his mind was elsewhere, on his niece.

He didn’t know how he would care for a child. Her safety came first. That he could provide. Day by day, he’d figure out the rest. His top priority—find a way to comfort her. As he stepped through the portal, two figures came into view: a worried and distressed Ashley, an Elemental he’d become friends with, and her soulmate, the warrior angel Clyde.

Ashley rushed to him. “Jake, I’m so…” Her gaze landed on the small fragile child draped across his chest, and her voice trailed off.

Annie wiped her face and turned to look at Ashley. “You’re not a demoness.”

“I don’t know what that is.” Annie turned toward him, brows drawn.

“This is Ashley. She’s part of a new breed of immortals, pupa. She and her sisters can control the four elements: earth, fire, water, and air.”

The prophecy,
Novum Genus
, the new race, predicted the Elementals were either the salvation or destruction of life. The Guardians hoped having them on their side would help them defeat the Malums once and for all. They knew of five in existence. His queen, Jenna, and her sisters, yet they’d been separated as children, and the Guardians had only located three of them: Jenna, Ashley, and Jocelyn. This, he wouldn’t tell his niece.

Annie wiggled out of his grasp. He crouched and set her on her feet. She then treaded toward Ashley, who bent over to Annie’s eye level. Jacob closed the distance until he stood beside his niece.

“I’m Annie, and you are very pretty.”

Ashley’s smile widened. “I’m not nearly as pretty as you.”

Turning her head slightly to Clyde, Annie asked, “Is he yours?”

Ashley stifled a laugh then, nodded.

“He’s…” She brought her hand to her mouth. “He’s not like me or Uncle Jake either.”

Clyde took a step toward her. “I’m Clyde, and I’m an angel.”

Her eyes widened. She turned her stunned expression back to him for a millisecond before returning her attention to Clyde.

Her joy and excitement hit him. Astounded that what she felt so powerfully, could bring him such comfort.

“Do you have wings?”

Annie turned toward him again, smiling widely. “Can I see?” Her face still flushed from her tears. “Uncle Jake, can I? Please.” She clasped her hands in front of her.

He stood motionless for several seconds, his niece’s pleading eyes upon him. Was there harm in it? No. The angel could despise him for being friends with his mate, Ashley, but he wouldn’t hurt Annie.

Annie turned to face the angel then stepped toward him. Clyde took her hand and led her a few feet away, giving Jacob and Ashley privacy to speak. Clyde then began unbuttoning his blue-collared shirt.

Ashley closed the distance between she and Jake and whispered, “I’m so sorry. I…I can’t even…Jenna didn’t tell me about your niece. I had no idea. We came as soon as we heard.”

“Ash, it’s fine.” He spared a look in his niece’s direction.

Clyde had turned his back, letting her admire the tattooed wings which would sprout when Clyde desired. Annie squealed in delight. She ran her small hand against Clyde’s back.

He looked at Ash. “I know. I am, too.” He cleared his throat. “You don’t have to worry. You two should be on your honeymoon. Hell, you waited long enough…”

Ashley held up her hand, making a forceful gesture he’d never seen before. Among her sisters, she was mild tempered.

“Don’t even.” She placed her hand on his forearm, then released a breath in frustration. When her eyes met his again, they were filled with tears. “How could I stay away at a time like this, Jake? After everything you did for me. After…”

As a demon, he was an empath and had the ability to read, feel, and project emotions. His own suffocated him. He barely held it together, for Annie. The grief emanating from her, unbearable. He’d been walking on thin ice since he lost his first love. He’d just lost his sister, her mate—the only family he had left. Now, he had to raise their daughter. A daunting task.

Ashley was his friend. If she broke down, no way he’d hold his own, and he needed to. For Annie, he couldn’t afford to lose it, not now when she was distracted, enthralled by an angel who despised him.