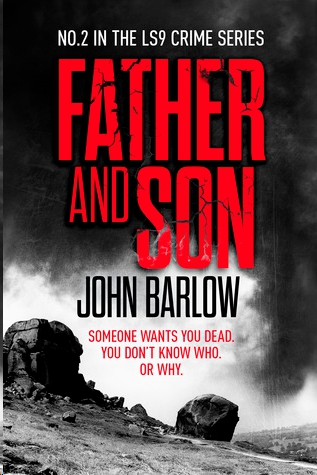 People seldom do
what they believe in. They do what is convenient, then repent.

PART ONE - FRIDAY
Chapter One

He feels her
breath on the back of his neck. Senses her body, close to the contours of his
own, but not quite touching.

He can’t sleep through hangovers, not any more.

Pushing his legs slowly out from under the duvet, he hoists himself
vertical, trying not to wake her. Under his bare feet the gnarled floorboards
feel like a scaled-up version of his own skin.

A bottle of Jura Single Malt lies empty on the floor. It had been
almost half-full when they got in last night. Didn’t even bother with glasses,
diving onto the bed and swigging from the bottle, their mouths cool and slippery
against each other, stinging with the whisky.

He turns and watches her sleep. A mass of auburn hair is spread out
across the pillow like a cloak, the same colour as the whisky. She’s got a thin
freckled nose and there’s a pout to her mouth, sarcastic but also slightly
vulnerable, the kind of mouth you instinctively want to explore, knowing it’ll
be hard and soft and that it’ll bite.

He grabs a pair of boxers from the floor and pulls them on. As he
pads out into the open-plan living room, rolling his head on his neck and
grimacing, he catches sight of himself in the enormous Victorian windows to his
right. His thick black hair is sticking out at both sides, like a badly frayed flat
cap, and his tall frame is hunched over, pivoting on a little pot belly that
was definitely not there the last time he looked.

But when was that? He runs a hand across the straining waistband of his
boxers and finds a loose, pliable ledge of gut as thick as a motorbike tyre.

Jeanette, he tells himself, glancing back through the open door of
the bedroom. She’s called Jeanette.

Five minutes later he’s slumped at the kitchen counter, a cup of
horrifically strong black coffee in one hand, a fag in the other. And when did
I start this again? he asks, looking at the burning cigarette between his
fingers as if it got there by magic.

High up on the wall are four framed boards, roll calls from the old
school, long lists of names in gold letters on wax-darkened wood. His own name
is there:
John Ray, Head Boy, 1984–5
. He yawns, throwing his head back
and staring up at the high ceilings. The school’s old strip lighting has been
replaced by two grand’s worth of adjustable spotlights and dimmable
backlighting. Head boy? Here he is again, three decades later, a woman he
doesn’t know in his bed, and a couple of bad habits back on his
must-do
list.

The phone rings. For a second he hesitates, cigarette in one hand,
coffee cup in the other. Who rings at this time? It’s not even seven. On a
bloody Friday.

He puts down the coffee and grabs the phone from the worktop behind
him. Doesn’t recognise the number. Cellphone.

As he speaks, he realises that his voice is little more than a
croak.

“You’re needed down the Park Lane. Soon as you can.”

He draws on the cigarette, thinks.

“Can you hear me?” the other bloke says.

“Yes.” He lets smoke spill out over the receiver. “Who wants me down
there?”

“Is that right? Speak to him yourself, did you?”

“He
would
want you down there, is all I know.”

“Do you want somebody to come and get you?”

He takes another drag.

He slams the door
of the Saab behind him and pushes the key into the ignition.

Will this ever end?

Throws the car into gear and guns it out of the car park way too
fast. There’s already plenty of traffic on Armley Road. Shit, what time do
people start work these days?

He forces his eyes wide open as he drives, trying to wake himself
up, to absorb the metallic grey of another dull Yorkshire morning. Up ahead is
the spire of St Bart’s church, almost black against the skyline, and beyond it Armley
Gaol, its massive square towers reaching up into the clouds like a never-ending
fortress. That’s how it had seemed when he was growing up, no building bigger
or more intimidating, an ever-present threat in the lives of the Ray family.
But Dad had never set foot inside. They’d never managed to lock Tony Ray up.

Is this ever going to stop?

Church and jail pass out of sight, soot-darkened pinnacles of a forgotten
world dwarfed by the modern city. There are so many tower blocks these days that
nobody can imagine what goes on inside them all. Just when did Leeds start
looking like a corner of Manhattan?

He floors the accelerator as he pulls onto the ring road. There are
speed cameras up ahead. So what? If he gets a ticket someone at the Park
Lane’ll know how to get rid of it. He’s Tony Ray’s son, remember? He’ll never
be allowed to forget. And he’s tried. Year after year he’s tried. Look where it’s
got him.

He parks on a side street down behind the Grand Theatre and pulls
himself out of the car, anger already replaced by dread. He lights up, takes a
long drag. This is not good. Seven in the morning and he’s been called to Lanny
Bride’s place. Whatever Lanny wants, it’s not hot croissants and coffee.

Park Lane
. The name is inscribed on a
small brass plate above the door, which is a dull grey, like dried mud. The
rest of the shop front is darker still, windows blacked out from the inside. To
the right is a late-night sandwich bar and on the other side a Lebanese
restaurant. Officially the Park Lane is a public bar, but it’s not the kind of
place you’d wander uninvited. He’s been here a few times over the years, but
never by choice.

The door opens and a young man in a leather jacket and grey joggers appears.
His face is pasty and he’s about thirty pounds overweight.

John nods. He’s leaning against the Saab, jacket flapping in the
wind, open necked shirt, mop of black hair falling into his eyes. John Ray’s name
precedes him. Unconventional, bit of a maverick, the white sheep of the family.
He doesn’t look too white now.

The guy in the joggers disappears back inside without waiting for an
answer. John flicks his cigarette into the gutter and rubs his face with both
hands, so hard it feels like the flesh might split open.

A couple of deep breaths. In he goes.

The cleaners’ lights are on, but there’s still that wine-bar
murkiness to the place, lending the room a muted, dream-like quality. The
tables are low, surrounded by square leather seats with no backs, their exact
colour hard to tell. The seats look way too big. The walls are an insipid,
watery green in the fluorescent light. He hates it in here. Always has.

At the back of the room, behind the bar, a glass cabinet has been
smashed, bottles lying at odd angles, some of them looking as if they’re defying
gravity, ready to topple to the floor. Off to one side of the room are three
men, the one in jogging pants and two older guys. They’re looking down at something.

They see John, and immediately turn their heads back to the floor in
front of them. John knows who they are. Not their faces. Not their names. But
he
knows
them. They’re the kind of men that used to work for his dad.
That’s all he needs to know.

Nobody is speaking. Why is that? There’s something in the air. He
doesn’t know what, only that it’s making him gag. A fatty, metallic smell. He
doesn’t want to know what it is.

Instinctively he breathes through his mouth, trying to keep the
stench out of his nose. He walks over to the three men. They let him through.

A body is slumped in a wooden chair. It’s a large man, head hanging
forward, as if staring down at his own feet. His legs are bound to the chair
with duct tape, and there’s more tape around his chest, lots of it, holding his
torso up. The stink of blood is stronger now, but there’s something else. A
sweet smell.

The dead man’s head is about half the normal size. The crown has
collapsed inwards, the skull smashed out of existence. Little pools of liquid sit
in the irregular contours of the scalp, glistening.

Lying beside the chair is a bottle of champagne, the thick end covered
in a coat of congealed blood, making it look like a dumbbell. More bottles lie
further off, some smashed, others uncorked, their contents emptied out onto the
carpet, over the corpse as well, it looks like.

“Show him,” the oldest of the three men says.

The young guy carefully lifts what’s left of the dead man’s head. The
nose is severed right the way down one side and hangs from the face by a single
piece of skin. The lacerations across the rest of the face are so severe that the
features have more or less disappeared.

“Jesus,” he whispers, gulping back the vomit.

And then, as waves of nausea hit him, building in his throat and making
him gasp for air, he sees the gold medallion.

“Roberto,” someone whispers before he has to ask.

For the next five minutes he kneels over a toilet, the salt-sweet
stink of piss and sick in his nostrils, and his stomach in hard, uncontrollable
spasms, pumping everything out. He watches the light brown bile spatter the
bowl and cries in huge, silent sobs, dizzy with pain and loathing.