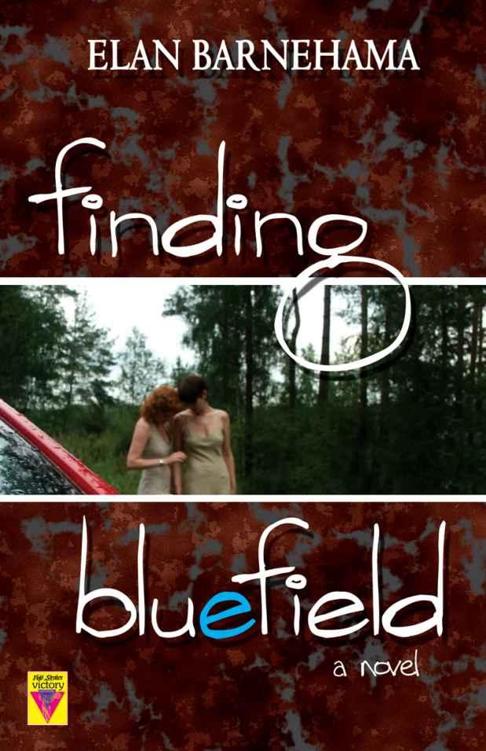 When Barbara Phillips arrives in Bluefield, Virginia, to begin her medical residency, she thinks she is headed for an uneventful few years filled with work in an obscure little town where no one knows her—which is exactly what she wants. Everything changes when she enters Nicky’s diner and begins a journey that will last a lifetime as she falls in love against her better judgment and best-laid plans. The free-spirited Nicky later attends the 1963 March on Washington and impulsively and anonymously sleeps with a man in hopes of getting pregnant and starting a family with Barbara. When Nicky gives birth to Paul, her sister steps in to adopt Paul for his own "protection."

Nicky, Barbara, and Paul escape Bluefield and make a life in upstate New York, only returning to Bluefield years later upon hearing of the death of Nicky's sister. As their journey comes full circle, Barbara, Paul, and Nicky find their return to Bluefield is the catalyst for facing family secrets and forging family ties.

Finding Bluefield
is the story of two women finding love and building a family. 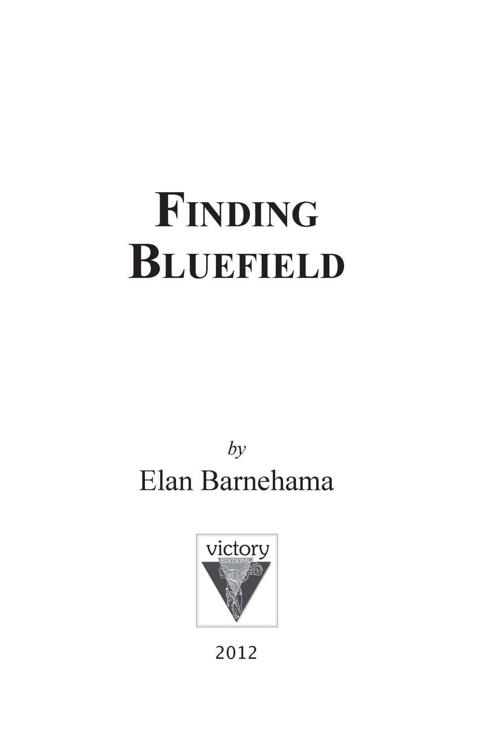 This is a work of fiction. Names, characters, places, and incidents are the product of the author's imagination or are used fictitiously. Any resemblance to actual persons, living or dead, business establishments, events, or locales is entirely coincidental.

Thanks to Denise Shaw for always wanting to read more, and Henry Shaw for being there. Thanks to George Cuomo for his patience. Thanks to Lesléa Newman for her generosity, and to Kiki Smith for caring.

For Nisa who taught me about love

And for Ezra and Arye, without whom my story would be less interesting

The screen door handle was hot to the touch as Barbara grabbed hold and pulled. Inside the Bluefield Diner, two large fans faced each other from across the room and tried to stir things up.

The waitress looked up from behind the register. “Sit anywhere you want, darling,” she said, taking a sip of iced tea. Barbara found a seat at the counter, ordered a slice of blackberry pie and coffee, and tried not to think about procedures or protocol or anything. Around her, the air was thick with the fragrance of fried onions, pork, biscuits, ham, hominy. A chalkboard listed side orders of collards and mustard greens and turnips. She yawned and lifted her coffee as two police officers entered the diner and removed their hats.

“Hot enough for you boys?” the waitress asked.

“It’s so hot,” one officer said, “I saw a dog chasing a cat, and they were walking.” The waitress went back to adding receipts.

Barbara’s first bite of pie took her by surprise, baffling her taste buds with a combination of flavors and aromas that she couldn’t identify but wanted to keep experiencing. With pie like this, she decided, she would certainly be passing on the hospital cafeteria as often as possible. She scooped up another forkful of pie and listened to the dropped consonants, the elongated vowels, the unhurried speech that surrounded her. She sipped her coffee and became lost in the soothing symphony of the unfamiliar accent and didn’t notice that someone was talking to her. Slowly, she turned her head toward the voice, still not hearing the words.

“I was saying that I made the pie,” a woman repeated. She was holding a plate of fries and gravy. Her brown hair, pulled back and braided, reached most of the way down her back.

“The pie?” Barbara stared into a pair of sea green eyes.

“Yes. I made it.” The woman sat a few seats from Barbara.

Barbara withdrew her gaze and put her coffee down. “Do you know how good this is? It’s incredible. And the crust. It’s perfect.”

“Thanks.” The woman shook a cigarette from its pack and slipped it between her lips. She offered one to Barbara who declined. She reached into her jeans for matches. “So where’re you from?” She struck a match and touched its flame to the cigarette.

Barbara turned away and lifted her cup. That didn’t take long, she thought as she took a deep breath and inhaled some coffee.

“I’m asking because you never had my pie.” When Barbara still didn’t respond, the woman continued. “I’m kidding. We get a lot of folks visiting relatives at the hospital, and they come here to get away. And your accent.” The woman slid her plate along the counter and took the stool next to Barbara. “I can’t place it.” She rested her cigarette in the ashtray and extended her hand toward Barbara. “Nicky Stewart.”

“So, Ohio, what brings you to the Bluefield Diner?” Nicky said.

Barbara removed her hand from Nicky’s grip. “I came here to get away too. I work at Bluefield Hospital.” This conversation was already more extensive than anything Barbara had in mind when she decided to venture out of the hospital. After two weeks of cafeteria food, she was simply looking for a change of scenery. What she found was the best pie of her life, but now she began contemplating two years of pie-less hospital cafeteria meals.

“Really? You moved here from Ohio to work at the hospital?”

“Manhattan. The accent is Ohio.”

“Yes.” Barbara was thinking that this would be a good time to leave. She could do that. She could simply say that she had to get back to work and just stand up and leave and never come back. But those green eyes were fixed on her, and her legs stayed put. Those green eyes made her say, “I’m doing my residency.”

Nicky stood and slipped behind the counter. “A woman doctor. That’s great.” She topped off both her and Barbara’s coffee. “Is it unusual? I mean, it is around here, but is it unusual other places?”

“Good for you,” Nicky said, nodding her head. “I would go to a woman doctor.”

“That’s good to know.” This is not going to go well, Barbara thought.

“Your husband get a job here too?”

And there it is. Barbara took a sip of coffee. “There’s no husband.”

“Really?” Nicky returned to her plate of fries, sitting back down next to Barbara. “How do you like Bluefield so far?”

“If by Bluefield you mean the airport and the hospital and now this diner, then it’s fine.”

“Well, Dr. Barbara, you must see more.” Nicky stuffed her hands in her jeans. “I can show you. I know everything there is to know about Bluefield, and the rest I just make up.”

“Thanks. But I don’t have much free time. Maybe when I’ve settled in.” Her head swirled with confusion. Did Nicky know what she was doing or was this simply that mythical Southern hospitality? What they were doing might make sense in New York, but she was in Virginia, for God’s sake. Barbara stood. It was past time to leave. She reached in her pocket for some money.

“Sure. I know they work residents hard,” Nicky said, “but if you don’t take breaks, you’ll never last. I’ve seen it happen. What time you get off?”

“I finish a double shift at four thirty,” Barbara said. “It’ll have to wait for some other time.”

“Four thirty is perfect. You can rest in the car. I love to drive.” Nicky stood and turned toward the kitchen. “I’ll meet you out front,” she called out as she pushed through the swinging doors that led into the kitchen.

Out in the parking lot, Barbara inhaled deeply and kicked the dirt into a dust cloud. Traffic on 147 was heavy as she waited for the light to change. Chevys and Fords mostly. The high August sun sent beads of sweat down her brow, and she shielded her eyes with her left hand. When the light turned green, she ran across the road, back to the hospital.

Fighting fatigue, Barbara sat on the bench in the nurses’ dressing room and hurried to tie her sneakers. Several nurses had already made it clear that they didn’t like sharing their space with a woman doctor. But the hospital only had a male doctors’ changing room, and the Chief of Medicine wouldn’t allow her to change there, so she was forced to use the nurses’ space. And since new residents relied upon the nurses for help, Barbara avoided being in their room during shift changes. She grabbed her bag and took the stairs to the ground floor where she stopped suddenly. Nicky was waiting outside the hospital entrance. She had forgotten the plan, or at least did not think Nicky was serious. Barbara was about to turn back into the stairwell when Nicky waved.

“I like the convertible,” Barbara said as she approached Nicky. “But really, I don’t think this is a good time.”

Nicky leaned over and pushed the passenger door open. She had the Chevy Bel Air’s top down and the windows up. “When’s your next shift?”

The Glorious Cause: The American Revolution, 1763-1789 by Robert Middlekauff
Unsound: A Horizons Book by Summers, Ashley
A Girl Is a Half-Formed Thing by Eimear McBride
Pick-me-up by Cecilia La France
A Hope for Hannah by Eicher, Jerry S.
Lisbon: Richard and Rose, Book 8 by Lynne Connolly
The Vampire Diaries: The Return: Shadow Souls by Smith, L. J.
Kedrigern in Wanderland by John Morressy
Taken by the Trillionaires by Ella Mansfield
You Don't Sweat Much for a Fat Girl by Rivenbark, Celia