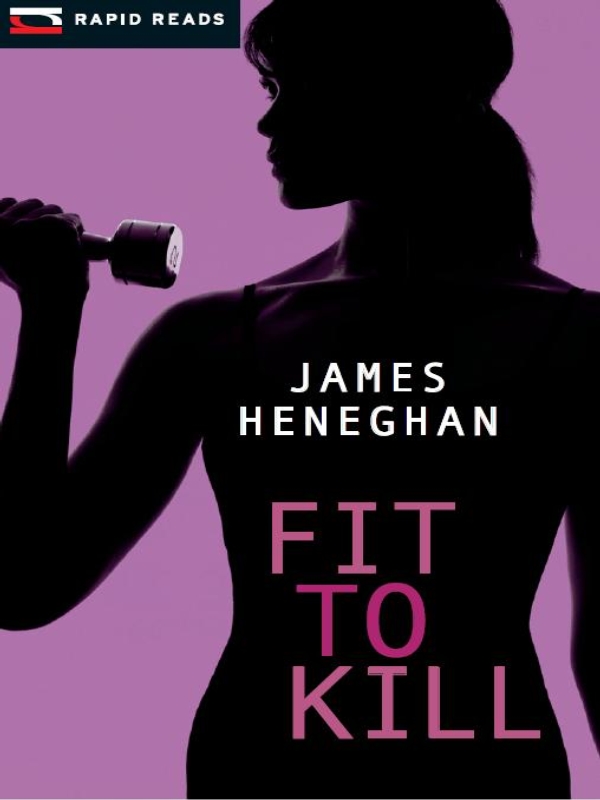 Summary
: A journalist finds himself in the midst of the hunt for a brutal serial killer who is murdering women in Vancouver's West End. (
RL
5.0 )

Orca Book Publishers is dedicated to preserving the environment and has printed
this book on paper certified by the Forest Stewardship Council
Â®
.

V
ancouver's Stanley Park peninsula hunched its granite shoulders against an early November storm. Relentless rain and gale-force winds howled in from the ocean. West Enders knew that something terrible was going to happen. They stayed indoors and waited anxiously.

Julie Dagg was an exception. Nothing could make her stay home and miss her workouts. Twenty-five years old, she watched what she ate and kept herself slim and fit with regular workouts. Tuesdays and Thursdays she practiced yoga and self-defense for two hours at the Tae Kwon Do Academy on Robson Street. Mondays, Wednesdays and Fridays she grunted and sweated through weight training and cardio for an hour at the West End Fitness Center on Denman.

Tonight she'd worked mostly with free weights and was now finishing off with twenty minutes of cardio on the stationary bicycle.

Life was good. An hour or two each day was all it took. Stay fit, look great, live longer.

The gym, almost empty tonight because of the foul weather, would be closing soon, at 10:00
PM
. Time to go home. Sauna first, then a quick shower. Her roommate Billie would be waiting for her with a nightcap. A career nurse at St. Paul's Hospital, Billie was a lot of fun to live with. Before turning in they would watch tv together for a while. Or they might talk again about their plans for next summer's hiking vacation in Umbria. It would be Julie's first trip to Italy. She was looking forward to it. An image from one of Billie's travel brochures popped into her head. A terraced vineyard under the golden light of an Umbrian sunset. Julie sighed happily.

Peeling off her Lycra exercise togs in the change room was like shedding a skin. She relaxed in the sauna, then showered and toweled herself dry. She pulled on her warm tracksuit and raincoat and headed out onto a deserted Denman Street, gym bag swinging by her side.

She crossed the street, almost blown off her feet in the gusting wind. Traffic lights bounced and screeched on their overhead cables.

A man stood well back in the darkness of the Royal Bank doorway, watching her.

Julie hurried through the rain. Her apartment was only a few blocks away, near Stanley Park. When she reached the minipark and Pearl's Restaurantâclosed Mondaysâshe heard heavy footsteps behind her and quickened her pace.

The footsteps came closer. She turned her head and saw a man in a dark raincoat.

She dropped her gym bag and ran.

The man ran after her.

Heart thumping with fear, she whirled around as he reached out to grab her. She ducked her head and moved into him fast. Hard kick. Knee in his crotch. Like the Tae Kwon Do Academy had taught her. He bent, gasping with pain. But he recovered before Julie could jab her apartment key in his eye.

With a cry, he hurled himself at her, looping an arm around her neck and cutting off her air. She kicked and struggled. But it was no goodâhe was too strong.

He dragged her into the bushes of the minipark.

Terrified, heart bursting, Julie was forced down onto the ground. She couldn't cry out or scream, for the arm locked round her neck was like an iron bar. He wound somethingâduct tapeâaround her head, sealing her mouth shut. Then he jerked her arms behind her back and snapped handcuffs onto her wrists.

She could hardly breathe. He ripped away her clothing and pressed her body into the wet earth and dead leaves. Then he heaved and gasped above her and spilled words in her ears.

All she knew before she died was the sound of his voice, the scream of the wind and the cold wet earth.

S
ebastian Casey, reporter for the
West End
Clarion
, turned off his alarm, rolled out of bed and shuffled barefoot to the bathroom.

Sleepy blue eyes stared back at him from the mirror as he mowed lemon stubble from his chin. Lighted by the fluorescent tube over the mirror, the thick hair on his head glowed a brick red. The eyebrows were less redâmore of a burnt orangeâwhile the hair on the rest of his body was the yellow color of turnip. As though the quality of redness in him diminished the closer it grew to the ground. He was a big man, just starting to go to fat. He rinsed off his jaw and stepped back from the mirror, regarding his white flaccid chest and the unsightly bulge about his middle. This morning he felt older than his forty years. The sight of the spare tire saddened him, but he wasn't ambitious enough to do anything about it.

He retrieved his copy of
The Province
from the hallway and carried his coffee, toast and newspaper to the kitchen table.

He settled down to scan the front page.

Under the
Wednesday, November
8,
dateline, the headline read:

He skimmed the story. A late-night walker had discovered the naked and decapitated body of a woman, identity unknown, a block from the park.

Casey finished his simple breakfast, rinsed the mug and plate, and barefooted it back to the bedroom. With only a narrow bed, no wall hangings, a small chest of drawers and a night table, the room was monastic in its simplicity. He made the bed, then dressed for work. Beige cords, blue cotton shirt, gray wool sweater, tweed jacket.

He slid his window open and stepped out onto the balcony of his eighth-floor apartment. The building was old and the balcony narrow, with black wrought-iron railings. He filled his lungs with the cold morning air as he took in the black broil of sky and a street littered with leaves and branches from last night's windstorm. He watched Albert Kayle leave his house on the opposite side of the street and step over broken branches as he set off on his morning walk. Then he watched Albert's wife, Matty, sweeping leaves off her pathway. A nice woman, a real lady, with a quiet, dignified way of speaking. She reminded Casey of his Aunt Maeve in Belfast.

The Kayle house was easier to see now that the big horse chestnut in its front yard was almost bare of leaves. He could see its mossy roof, front porch, steps and front door clearly through the web of black branches. Except for Matty, and a pair of squirrels bounding about in the sodden leaves, the street was deserted.

He should get moving. An hour at the
Clarion
office, and then he had a doctor appointment.

He grabbed his raincoat and his battered Irish tweed cap out of the closet, stepped out into the hallway, and locked the door. He took the elevator down to the street thinking about the news of the murder. There was a maniac out there somewhere who had decapitated a woman. The West End was no longer safe.

While Casey was stumbling sleepily about his kitchen brewing coffee, his neighbor across the street, Matty Kayle, was eyeing her husband from across the wide Arctic tundra of their breakfast table. She thought, not for the first time, what life would be like if Albert was dead and she had her house to herself.

It was almost 7:00 am, and Albert was reading his newspaper in sour silence and spooning milky bran flakes into his mouth. The newspaper lay flat on the table between them. She watched his lips, fleshy, greedy, glistening like the pink worms in her garden.