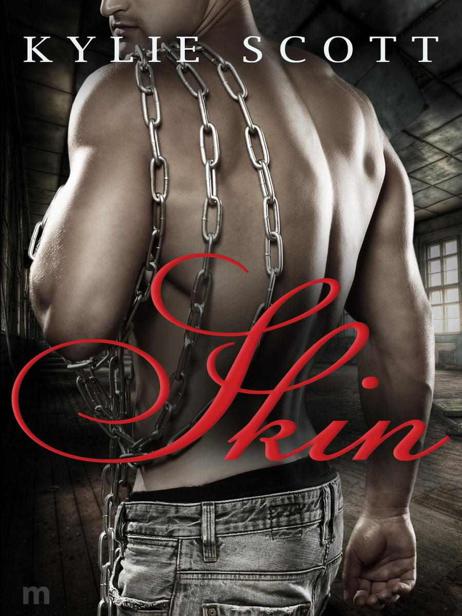 Six months since the zombie plague struck, former librarian Roslyn Stewart has been holed up in a school with eight other survivors. But now the shelves in the school canteen are bare. The stranger at the gate has supplies that will ensure the group
’
s ongoing survival, but at a cost. He wants a woman.

Nick is a man with a plan. He’ll treat Roslyn like a Queen, devoting the rest of his life to protecting and providing for her. In exchange, of course, for sexual favors. It’s the deal of the century given the state of the world. But Roslyn doesn’t see it that way. The first chance she gets she attacks the ex-army man and attempts to escape, forcing Nick to contain her. And so begins his awkward courtship of the woman, with her chained to the bed for security reasons.

Chained like a dog and forced to spend her every waking moment with a creep, albeit a good looking one, Ros is determined to escape. When circumstances force them to band together against a common enemy their very survival depends on their ability to learn to trust each other. An uneasy partnership develops, but can a relationship with such a difficult beginning ever have a future?

The hotly anticipated sequel to
Flesh, Skin
is set in the same universe with a different set of characters.

In the end they took a vote on whether or not to trade Roslyn to the stranger at the gate. They even gave her a say, demonstrating that democracy was not dead, even if civilization had gone belly-up six months back, when the virus first struck.

All nine survivors had gathered on the school steps. No one would meet her eyes. The weak winter sun above them did little to combat the bitter wind. Roslyn’s marrow was ice and her teeth chattered. She wanted to wrap her arms around herself, huddle down into the green school jacket she’d purloined from a student locker. But she didn’t. Spine straight, shoulders back. Her father would have been proud.

She cleared her throat. They couldn’t do this. She would explain why in a sensible and rational manner, using small words. “I know we’re running low on food, but there’s no reason we can’t make a trip into town to look for supplies. If we just make a plan—”

“Let’s get on with it,” said Neil, former head of the Math department. Still pissed she had refused to put out. Never had she met such a pretentious, unattractive git. “Please raise your hand to vote ‘yea’.”

Her gaze skittered around the group.

The world slid sideways and she locked her knees, breathing hard. Holy fucking hell, they were really going to do this. How could they? How could this have ever happened? The world made no sense.

Directly across from her, Janie hesitated. The girl’s elbow jerked back and her fingers folded. Hope blossomed warm and deep in Ros’s gut.

Neil harrumphed and dealt Janie a stern look, brows drawn tight. It was the face reserved for particularly painful students and staff who dared cross his path. Janie caved. She reached for the sky, pale blonde hair flying in her pretty face. Her eyes were shiny-bright and she blinked furiously, trying not to cry. The damn teacher’s pet.

No point blaming Janie. Not really. The stranger at the gate wanted a woman and Mrs Gardner, formerly of the Home Economics department, was well past sixty, with an arthritic hip. That left Roslyn or Janie, and Janie was young, a trainee admin officer. They’d found her on day two, huddled behind a filing cabinet, a bloody letter-opener clutched to her chest. Apparently, she’d driven it through the Principal’s eye socket when the virus got the better of him. For months the girl had woken up screaming in the middle of the night.

Roslyn couldn’t have sent her out there. But why the hell did that mean she had to go?

The answer: because the shelves in the school canteen were bare and the cowardly, lazy bastards wouldn’t dare a trip into town. Nobody at the school had ventured beyond the stout stone walls of Lowood College, and none of them were planning on attempting it anytime soon.

Her own vote to the negative was a foregone conclusion.

The end tally stood at six for, three against.

Her empty stomach spiraled. The material of her pilfered gray school uniform clung wet beneath her arms.

They were going to trade her to the stranger to be used for God-knew-what perverted sexual purpose. She stood there slack-jawed at the horror of it. She wanted to wake up from this nightmare, safe in her own bed. Wanted all of it to have been a warped dream she told her girlfriends about after one too many glasses of wine at the pub.

God, how many times had she wished for her old life back?

The man waited at the gate, lounging against the side of his panel van. It was apparently loaded to the brim with goodies. Perhaps it would turn out to be a Trojan horse, packed full of ninjas. He’d drive it through the gates and
kapow
! Bad guys would attack in a flurry of action. Game over.

It would serve them right, betraying bastards.

Well, some of them.

Someone stamped their feet and another coughed, bored or cold or a combination of both as Neil blabbered on. The wind howled around the grand old stone buildings and shook the leaves in the gum trees. Her insides felt hollow. They had actually done it.

Roslyn rubbed at her temples, willing her brain back online. Her hands shook with fear and frustration. What fuckery was this? The whole world had gone mad.

Something inside her broke. Roslyn balled her fist and swung wild. Giving it everything she had left in her.

Neil’s steel-rimmed glasses flew and blood fountained from his nose, splattering the concrete vibrant red. The color was stark and beautiful against the dull gray.

Roslyn’s hand throbbed but satisfaction slid through her. She’d never hit anyone before. She abhorred violence, normally. Though this … wow, this was all good.

“Gaanhh!” Neil grabbed Janie’s bundle of soggy tissues and stuffed them beneath his nose. He bared his teeth at Roslyn like an animal. An animal in a worn tweed jacket and mission brown slacks. When he spoke his voice was muffled, heavy. “Exactly what I’ve been saying! You’re out of control. No group-mindedness.”

Roslyn shoved a hand into her pocket, reassuring herself that her reading glasses were there. There was nothing else she needed from the storeroom she’d called home. It was one of the few small, enclosed spaces with a lock on the inside—partly to keep out the infected and partly to keep out Neil. If group-mindedness involved sacrificing herself to him, forget it.

Huh, he was really bleeding.

She smiled, pleased on one count at least.

Roslyn turned and took her first slow steps toward the gate, nursing her hand to her chest. The pain proved to be a useful distraction from her rising fear.

The gates were old and ominous. They’d always reminded her vaguely of where the Addams Family lived.

What was left of the world outside?

Neil raged on behind her. Soon enough the cold wind carried his voice far, far away.

The man at the gates watched her progress with eagle eyes. Roslyn averted hers and studied the cracked asphalt driveway. Already weeds were growing through. Wouldn’t take long for Mother Nature to reclaim what she’d lost.

Heroines in books always held their heads high, but it took her a while to find the courage. When she finally looked up, the man straightened, pushing off from the van. He was built solid in a way that did nothing for her nerves. Getting away from him might just be a bit of a problem.

Behind him the town lay sprawled out, slumbering. No signs of life. It looked like the southern side of town had burned down. She remembered the sky had been full of smoke. This would be the first time she had stepped outside since the morning of Christmas Eve. She hadn’t known where else to go and she hadn’t been the only one. All roads heading west had been choked with cars as people tried to flee. The radio news reports had been full of crazy carnage and chaos. A lab somewhere in Asia had apparently cooked up the bug and accidentally released it. Within days it went global. No one could have prepared for this. Principal Barry had made the decision to lock the gates, sealing them in. No one had protested. At the time it seemed the only course of action. They hadn’t known Principal Barry had already been bitten.

Her car still sat around back in the staff parking lot. It would be there for a long time to come.

“Is your hand alright?” he asked as she slipped through the gap in the gates. He had a deep, smooth voice, deceptively warm and friendly. Light brown hair fell over his forehead. He had dark eyes and a neatly trimmed beard.

What the hell did he want with her?

Her chin rose but her knees knocked, shaking from more than the winter winds. “Worried you’re getting faulty merchandise?”

He gave her a curious look, but said nothing.

Maybe he had been hoping for Janie.

Maybe he’d return her, demand a full refund. God knew she wasn’t anybody’s prize. Average height, average weight, average pretty much everything. But she was old enough to be comfortable in her own skin.

What did he want, and why her? Was there no one else left out there?

The man’s gaze drifted over her, in no rush at all, beginning with her red, home-cut hair. She resisted the urge to shove a hand through it, and attempt to calm the crazy. Screw him. She’d hacked the bulk of it off a few months back, mostly for practicality’s sake. Making herself less attractive to Neil had been part of it, though not something worth admitting to. It hadn’t succeeded, on account of Neil being a letch, but maybe it would work with this guy. She had to make a ridiculous picture, a grown woman with a shitty haircut wearing the remnants of a school uniform.

She rubbed the toe of her battered black sneaker against the drive. Shoes courtesy of the Lost and Found bin.