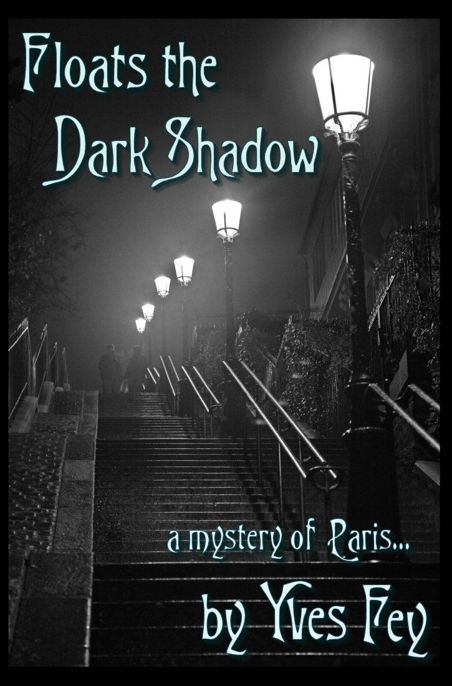 All characters in this book are fictitious. Any resemblance to actual persons, living or dead, is purely coincidental. This book is protected under the copyright laws of the United States of America. No part of this book may be reproduced or transmitted in any form by any means, electronic or mechanical, including photocopying and recording, or by any information storage and retrieval system, except as may be expressly permitted by the publisher. Your support of the artist’s rights is appreciated.

When your heart is in horror lost,

Floats the dark shadow of the past.…

Some perfumes are as fragrant as a child,

GILLES unlocked the scorched oak door and raised his lantern, illuminating the staircase that coiled down to the dungeons of the chateau. Underneath the smell of ashes, of damp stone and lantern oil, he inhaled traces of other odors. Mold, urine, and feces. Clotted gore. Fear. The fetid bouquet blossomed in his nostrils. Repugnance entwined with anticipation.

In his ancient castle, opulent perfumes would have dizzied his senses. The wine rich scent of hippocras would have spilled from a goblet set with jewels, mingling with the crushed almond aroma of honeyed marzipan. Luscious red roses would have shed petals bright as virgin’s blood on pure white linen. Over all, plumes of incense would have drifted, saturating the night with a scent at once sacred and lasciviously profane.

But that was another place.

And there was a pleasing austerity in these simpler smells. A perverse purity.

Gilles closed the door and descended the winding staircase, his leather soles scuffing on the limestone. No other sound—but the mortal odors intensified with each step. When he reached the bottom, the stench clogged his nostrils. The lantern cast a sickly light on the stone walls surrounding him. A barred gate stood ajar. He saw nothing but his own flickering shadow. He heard nothing. No, there, a faint noise, like a breath caught. A sob. He moved forward quickly, stepping through the iron gateway into a large chamber.

In the center of the room the boy hung from the rafters. Ropes bound him tightly and an iron hook and chain held him suspended. He revolved slowly in the air, not struggling, silent but for his weeping. His eyes were swollen, and runnels of tears slid down his cheeks to drip off his chin. Letting out a cry of outrage, Gilles rushed forward. He set aside the lantern and lifted the boy down.

“Don’t be afraid,” he whispered as he tugged at the knot on the ropes. They came loose in his hands and he tossed them aside. The child threw his arms around him, weeping more fiercely with relief. Gilles drew him into his arms, comforting him. “What is your name, boy?”

“Denis,” he choked out, fighting to stifle his sobs. Though old enough to grasp at manly courage, the boy clung to him. His chilled limbs felt deliciously fragile.

Gilles held him for a moment, then drew back to look into his eyes. Gently he stroked the sweat-soaked fringe of hair plastered to Denis’ forehead. “Who did this to you?”

The boy clutched him more tightly, tears and snot smearing Gilles’ velvet-clad shoulder. “A man in Paris promised me a job as a stable boy,” he blurted. “He said we would ask my mother—but then he covered my face with a rag. He brought me to this awful place. He dragged me down to this wine cellar!”

“Dungeon,” Gilles murmured, but too low for Denis to hear. From what he knew of the boy, he had expected more imagination.

Denis looked over to where a thin trail of smoke drifted over pieces of charred wood. “He lit a fire—I thought he would burn me.”

“He put it out when he left. I thought I would freeze!” The boy’s gaze darted around the walls. “He will come back.”

“I will take you somewhere else,” Gilles promised him, bringing another spasm of sobs from Denis. He stood, taking up the lantern with one hand, beckoning with the other.

“Back to Paris?” Bright with hope, he looked up at Gilles.

“Come now, you must be brave.” Gilles smiled a little. “St. Denis was brave, wasn’t he?” Swallowing back a sob, the boy made a small choking sound. Was he imagining his martyred namesake carrying his head through the streets of Paris? Was he imagining his own head severed from his body? Lovely.

Denis looked confused. He rubbed his eyes with the heels of his hands, wiped his nose on his sleeve. He rubbed his sore arms, shivering with the winter cold as he glanced anxiously at the barred doorway. Gilles clasped the boy’s shoulder protectively, stroking it to warm him. “There’s another way.” He hurried him across the chamber to another iron gate, opened it, urged Denis into the passage beyond. “Through here.”

“I own it.” When he felt the boy tense, Gilles shook his head and frowned in concern. “There were rumors about my stable master. At first I did not believe them, but finally I came to investigate.” A few feet, and they stopped at another door, strapped with decayed leather and studded with iron. Gilles reached up and took the key from the lintel.

“He told me I would work in a beautiful chateau.” Denis’ voice was hesitant. Tears still glistened on his cheeks. “But this place is in ruins.”

“So it is.” Gilles unlocked the door. It opened into darkness lit only by the lantern light falling across the threshold. The odor of fleshy rot enveloped Gilles as he stepped through, coaxing Denis to follow. Would he resist? That might be amusing. But no…the boy crossed over. Gilles’ heart gave a lovely shudder, as if struck like a bell. He locked the door behind them, then led the way to the center of the chamber. Lifting the lantern high, he smiled.

When the boy saw the others, he began to scream.