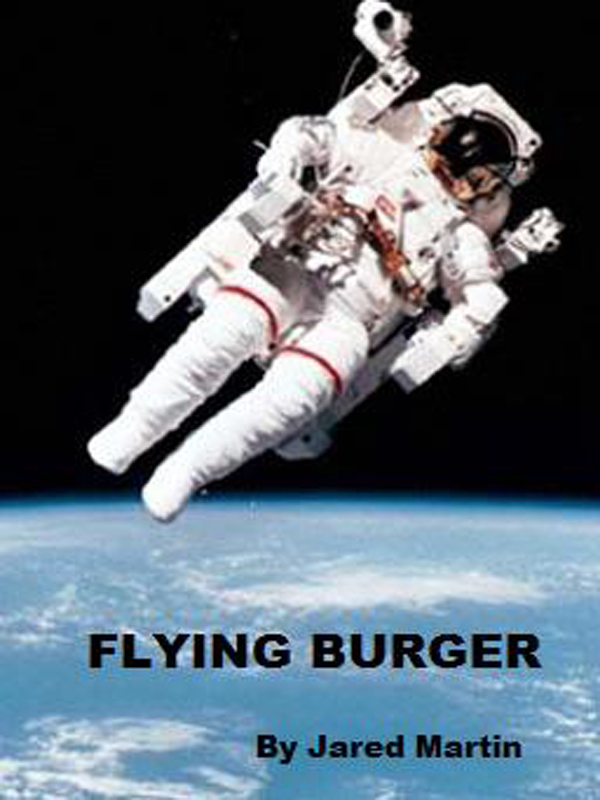 In one secluded corner of an exclusive prime housing district stood Octavia Mansion. A young man was swimming in his private pool. It was an Olympic-sized pool with an adjoining sheltered jacucci. A dining table overlaid with white cloth stood nearby. After swimming for many laps in butterfly style, Chen Wei got out of the pool. He wore a black Speedo swimming trunk. He removed his black swimming goggles and shook his head vigoriously to get rid of the water streaming down his short hair. Against the evening sunset, his fine, sculptured torso, well-defined abdominal muscles, bronze skin, lean and V-shaped body could be seen easily. As he walked, water streaming down his chest left a wet trail from the edge of the pool to the suntan couch near the dining table. A big yellow umbrella sheltered the suntan couch. He slumped onto the couch and took out the Armani sunglasses from the sports bag lying on the floor. He wore it and before long dozed off. He was awakened by someone shaking his hand.

“Young master, dinner is ready. Do you wish to be served?” the Butler asked.

The Butler handed a neatly-pressed green T-shirt to his young master.

“Here’s your favourite green Polo T-shirt, you may like to put it on.”

“Thank you. You're so thoughtful.”

“Don’t mention. It's my duty to take good care of you. Over the years, I have grown to enjoy it. Dinner will be served shortly.”

Chen Wei got up slowly and walked over to the dining table and sat down on an antique chair. The Butler returned shortly with the appetiser, and put a small bowl of Ginkgo Nuts in Sweet Potato Soup neatly in front of him. Chen Wei finished eating this in no time.

“The master chef is preparing Tender Grill Ohio Drumsticks, Grill Ginger Tenderloin Roast and Grill Curry Red Snapper. They will be ready in a minute. Please be patient,” the Butler informed. These were the meat category.

Waiting patiently by the side of the table, the Butler watched as Chen Wei ate to his heart’s content.

“Do you wish for dessert to be served? Young master.”

The following gourmet-style desserts were served one after another in perfect enticement to the taste-buds: Coconut Juice Pudding with Bird’s Nest, Domo - an exquisitely prepared apple tart, Soffiato - a delicious chocolate ice-cream cake, Limoncino - a lemon pudding prepared by using the freshest lemon just one day after its ripening, Blue Cheese and Hazelnut Shortbread, Wild Huckleberry Crepe and Apple Strudel.

A big jug of freshly squeezed orange squash were laid nicely on the table. Next to the jug of orange squash stood a bottle of red wine, Cabernet Sauvignon. A hot steaming pot of Iron Buddha Chinese Tea, and another pot of Coffee Espresso were also brought in and put on the table.

“I have ordered ginseng chicken broth for supper, would that be all right? Young master.”

Later into the night, after swimming for a few more laps in the pool and exercising in the gymnasium, situated in the main mansion building, Chen Wei was relaxing in the spacious jacuzzi bath in his master-bedroom. The warm water had a light lavender scent and felt totally refreshing. A glass of iced lemon juice stood next to the jacuzzi bath. He lifted this glass to his mouth and sipped on the ice-cold lemon juice. It was heaven! He looked around his well-renovated bathroom and was satisfied. Brown tiles decorated the floor. Green marble tiles lined the walls up to the ceiling. The toilet was in a small cubicle by the corner. A basket of toilet soaps, lotions and cleansers were placed neatly below the mirror on the washbasin top.

He paid particular attention to personal hygiene and spent half an hour in the bathroom. He was wrapped in a dark blue bath robe when he stepped out of the bathroom. The Butler got his pyjamas ready and was waiting patiently.

“Here are your pyjamas, young master. Don’t forget to finish up your ginseng chicken broth while it’s still warm. And, …, don’t stay up late,” the Butler winked at him.

“Good night,” the butler walked out of the bedroom and closed the door after him.

Chen Wei switched on the evening prime time news, something that he would do without thinking. He loved to be kept abreast of all the happenings in the solar system, even those events that happened in other star systems. He was eating his broth and watching the news at the same time.

“Good evening, this is Veronica from MegaStar News Network. Thank you for tuning in. Here are the evening headlines, the entire Bosoonian civilisation has been wiped out by three gigantic robots of mass destruction from outer space. An unusual big fire was sighted in the Black Canyon last night. Many Lexorians have died of fright, cause of death attributed to demon haunting. A large number of white-face Capuchin monkeys were fleeing Nutmeg Mountain in the Taurus star system.” The news presenter reported the evening headlines. She then went on to read the details.

In the master-bedroom of Sunflower Villa, Mrs. Lin was awaken by some noises and woke up her husband lying beside her.

“I thought I heard some noises coming from Nikita’s room,” Mrs. Lin whispered to her husband.

Mr. Lin immediately got up and went to check on his daughter, whose room was next to the study room. Quietly opening his daughter’s room, afraid to wake her up, he peered in through the crack of the door, letting in some corridor light. He could see Nikita smiling in her sleep, and thought to himself, “my darling Nikita must be having such a sweet dream, better not wake her up.” He walked back quietly to his room on tip-toes.

Nikita was indeed having the most romantic dream of her life. She dreamt that she was roaming the starry night sky with her Prince Charming. Each was riding on a unicorn. At the moment, she was far ahead of her Prince Charming. When she stopped and turned her head to look back, a shining knight in white uniform caught up with her. A most handsome guy was looking at her with dark, intelligent eyes , a tiny smile was evident at the corners of his mouth. She smiled at him sweetly. He smiled back and looked at her with dreamy eyes.

Inside the school dormitory, two small boys were fiddling with a telescope.

"Turn the knob like that, ya?' Antonio asked with a questioning look on his big eyes.

When this telescope was ready, eight-year old Samuel put his head close to the lens and stared intently into the telescope. This amateur telescope was aimed at the clear night sky. Beside him, little Antonio was getting very impatient.

“Quick, it’s my turn,” Antonio said. He tried to push Samuel aside.

“Wait, wow, this star is so big!” Samuel exclaimed and refused to budge an inch.

"Why not? I just saw alien on television yesterday. It was a big black monster!"

On the topmost floor of the Far View Condominium, inside her penthouse apartment, Mrs. Andersen was inside her kitchen toilet facing the big bathroom mirror. She gently tapped both sides of her face several times. She had just cleansed her face thoroughly with self-prepared tomato facial cleanser. She looked at her reflection in the mirror and was rather pleased to see a marked improvement in her complexion. She felt a tingling sensation when she applied the tomato cleanser to her skin just now. This was part of the total skincare formula, which her friend recommended to her. She had tried many types of face masks before but found no one to her liking. She decided to try this skincare formula, which she found to be rather interesting.

In essence, this skincare formula consisted of three steps. The first step was to wash one’s face thoroughly with a mild cleanser. Some pre-peeling renewing lotion should be applied to the face. The second step would be to apply avocado face mask, the preparation of which was quite tedious. The third step was to use a special honey moisturiser. This moisturiser’s other ingredients could be varied to suit one’s skin type. As an optional refinement step, one should also apply regenerating eye cream, to get rid of baggy eyes.

Mrs. Andersen came out of the toilet and walked towards the kitchen table where her husband was sitting. She had got ready all the ingredients for the face mask. She started her face mask preparation. She had to use fresh avocado fruit pulp, a small quantity of egg white, aloe vera, flour and green tea to make a sticky paste. Once this was ready, it had to be applied to the skin immediately. After this application, it would be best to keep it that way and no more facial movements recommended.

Mr. Andersen looked at his wife busily pounding the ingredients in the small mortar with a pestle. He was quite touched to see the pain his wife went through to make herself beautiful.

“Darling, you are the most beautiful woman in my eyes, no matter what happens, no matter how old you get, how many wrinkles you have on your face. I will love you always.”

“You know, we have already sent these kids to all the planets in our solar system, but now they want to go further into deep space. No telling what we will find out there. I’m a bit worried,” his wife said.

“Don’t worry, the new star-ship they have built should be able to fly you around safely.”

“I’m not so sure about that! The last time we almost crashed on Mars, have you forgotten?”

“Oh! Is that so? I guess I have clean forgotten about it. In that case, could you ask to be excused from taking charge of this space excursion?”

“I don’t think so. All of our teachers are already involved in one activity or another. Besides, I do not want to disappoint our kids and deprive them of this unique experience to venture into deep space. It will be their dreams come true.”

“But I will be worried sick, my dear!”

“I guess this can’t be helped. I will take the necessary precautions and hope for the best. You could call me on the Speedy Transmission Network if you miss me. All right, don’t talk, I want to apply this face mask now.”

In the spacious tenth floor Melrose Apartment, Melissa was eating her favourite Tandoori chicken and watching television at the same time. Her mother, Mrs. Arumugam, yelled from the kitchen.

“Melissa! Go and finish up your homework first before you go to bed, you hear me?”

“All right mom! Yes! Kick that butt. Harder! You bad fellow.” Melissa was watching her favourite wrestling programme. Her interests in television programme changed from cartoons to wrestling once she reached the age of fifteen. Even she herself found it strange that she liked to watch so many wrestling shows. All her friends at school either preferred to watch romance or science fiction movies.

“What are we having for dinner? I’m hungry!” Melissa yelled and bit on her Tandoori chicken drumstick at the same time.

“Spicy Seafood Curry! Come and get it!” Mrs. Arumugam yelled back.

And On the Surface Die by Lou Allin
Year of the Queen: The Making of Priscilla, Queen of the Desert - The Musical by Jeremy Stanford
QueensQuest by Suz deMello
Blackberry Summer by Raeanne Thayne
Scenes from Village Life by Amos Oz
Make A Scene by Jordan Rosenfeld
The Athena Effect by Anderson, Derrolyn
Bitter Spirits by Jenn Bennett
Soul of the Dragon by Natalie J. Damschroder
Dragonlance 04 - Time of the Twins by Margaret Weis, Margaret Weis