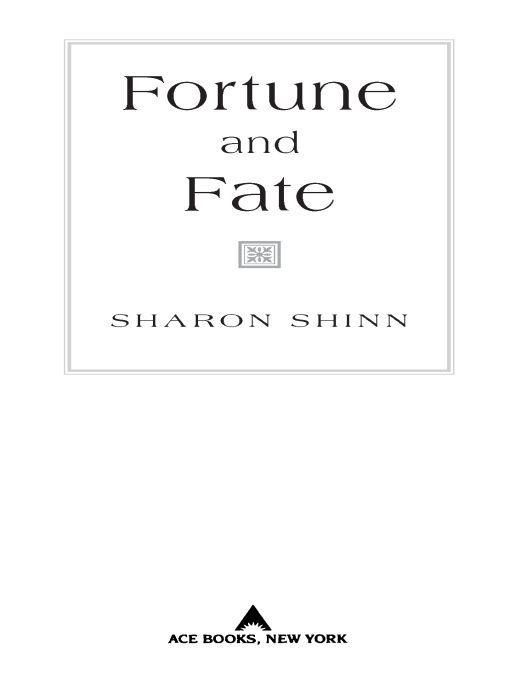 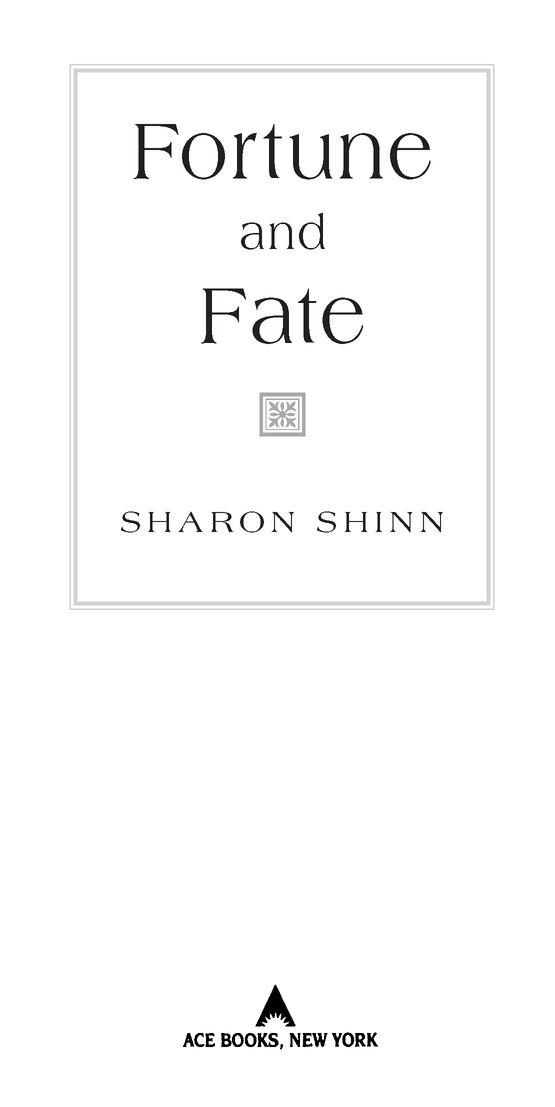 To Matt,
who’s read my manuscripts by flashlight
on the long drives to Chicago,
and who particularly liked this one;
And to the rest of his family,
Shari, Rich, and Jessica,
my eternal houseguests.
Gillengaria 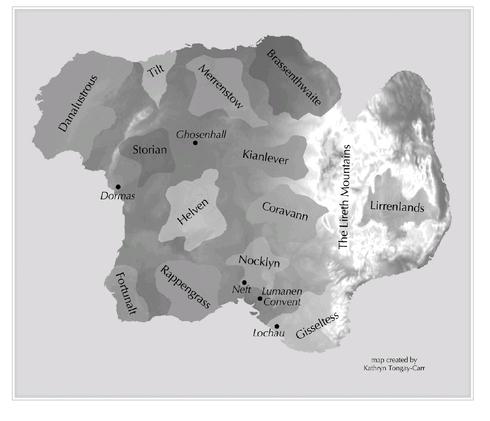 KARRYN WAS SO GRATEFUL TO STEP OUT OF THE COACH
that her legs practically buckled under her as her feet touched the ground. Only Tover’s hard hold on her arm kept her more or less upright. He hauled her through a muddy yard and toward the open door of a rather rundown tavern. Stumbling along behind him, Karryn glanced around, trying to get a sense of where they might be. The land was level and sparsely decorated with trees, so they might still be in northwestern Fortunalt. They had traveled fast, but she didn’t think they had been on the road long enough to make it to Rappengrass.
But it was unlikely Tover planned to take her to Rappengrass anyway, she thought, as she tripped along behind him through the inn’s yard. He knew a search party would have set out after them almost immediately; he would want to find the quickest and most convenient place to hole up, and that meant staying within the Fortunalt borders. She shuddered. They had been traveling since about noon yesterday, and every hour had been utterly miserable, but she had felt relatively safe as long as they were on the move. Tover had shown no disposition to ravish her in the uncomfortable confines of the coach. But once they took refuge someplace with a room and a bed . . .
Fresh panic swept through her. Did Tover plan to book accommodations here, wherever
here
was? She cast another glance behind her as Tover jerked her closer to the door. A half dozen other vehicles had come to rest inside the muddy yard. Some of the drivers were changing horses, but others appeared to merely be breaking their journey long enough to take a meal. Karryn hadn’t been able to see much through the coach windows, but it had been clear that they were in a particularly desolate stretch of countryside, and this might be the only posting station for miles. A few saddled horses were also tied up outside the inn, munching on oats while their riders apparently ate breakfast inside.
Karryn’s spirits rose a little. If there were many people in the taproom, she could cry out for help. Someone might recognize her or at least be willing to come to her assistance. She would have to be careful—she needed a matron traveling with her children, or sober and liveried soldiers from some nobleman’s house guard. She did not want to fall into the hands of some skilled swordsman who would save her from Tover and then turn out to be
worse.
Her mother had long terrified her with stories of bandits who would kidnap little girls and torture them in ways so grotesque that Serephette had not even been able to describe them. Only now, at the age of sixteen, did Karryn understand that her mother had probably been referring to rape, not dismemberment and slow death. Though rape, should it come, would be bad enough—even if it were not at the hands of some land-less mercenary.
For Tover Banlish was a serlord’s son who hoped to marry his way to fortune by eloping with a serramarra. Karryn had refused his clumsy offer a little too forcefully, and he had decided to take matters into his own hands.
At the door to the tavern he suddenly yanked her around to face him, leaning forward and speaking in a menacing whisper.
“Don’t try to cause trouble inside,” he hissed. If he hadn’t been scowling, and if she hadn’t hated him, she might have thought he was attractive, for he had pleasant features framed by fine brown hair. But his blue eyes were icy and every line of his body tensed with threat. “If you so much as try to speak to anyone, I swear I’ll throttle you and declare you’ve fainted. And if you misbehave here, I won’t let you out of the coach again until we’ve reached our destination.”
She wanted to spit in his face, but she was desperate to get inside, relieve herself, and eat something. They had only stopped four times since they started out. She was almost as mad from discomfort as she was from fear.
“You must allow me access to a chamber pot, or I’ll soil the interior of your coach,” she said.
He leaned even closer, sneered even more. “I’ll take you myself to whatever room provides such an amenity,” he said. “Just remember. Be good—or be sorry.”
He waited for her affirmative. She hesitated, because she
hated
him so much; she wanted to step inside that doorway and start screaming hysterically. But fear dominated her even more than hatred did. She did not want to risk losing the opportunity to take advantage of whatever amenities this place offered.

Sara's Mates by Wilde, Becky
Machine Made: Tammany Hall and the Creation of Modern American Politics by Terry Golway
Fool for Love (Montana Romance) by Farmer, Merry
The Duke's Love by Stephanie Maddux
The Life of Hope by Paul Quarrington
My Billionaire Stranger by Shae Black
Needle by Goodman, Craig
Melting Point by Terry Towers
Get Her Back (Demontech) by David Sherman
Flow My Tears, the Policeman Said by Philip K. Dick