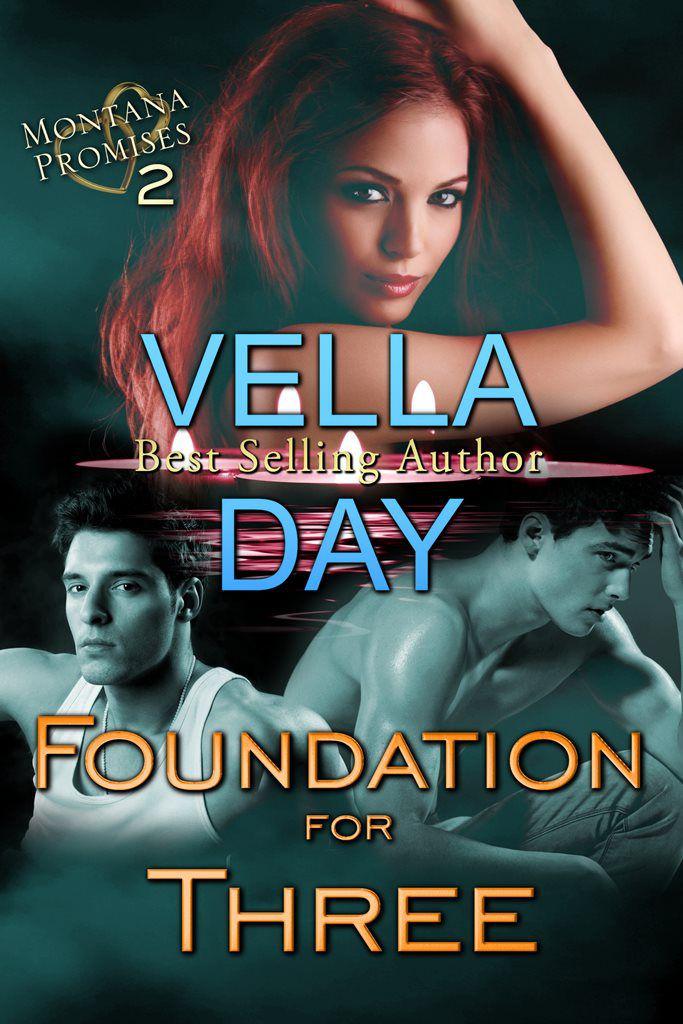 To Carol Adcock-Bezzo. Thank you for letting me share your wonderful family stories.

D
etective Thad Dalton didn’t expect any trouble driving down Fourth Street at ten in the morning in Rock Hard, Montana. Regardless, he kept his gaze on the sidewalks for any suspicious behavior. The traffic was going at a comfortable speed, and all looked good, but that was when the shit tended to fly.

“Mind pulling into Dunkin’ Donuts?” his partner asked as he dragged a fist over his eyes with a bit too much vigor. “If I don’t down some caffeine, I’ll fall asleep.”

Thad shot Jeremy Warner a glare. Crap. Dark circles underlined his eyes. “You tie one on last night?” His partner loved to party. Hell, so did he, but not enough to affect his performance the next day. Their work required constant vigilance.

“A bit.” Jeremy winced and slowly lifted his hand to rub his temple, as if a headache had already taken hold.

Thad worried Jeremy might never get his shit together. He was young, but he’d been a good beat cop before joining the Street Crime Unit. Thad valued loyalty and reliability above everything else in his life. He strove for it personally and expected it from his partner, and right now he wasn’t a damn bit sure Jeremy could deliver.

Thad turned into the drive-through on Crenshaw and drummed his fingers on the wheel while he edged the car forward. Once at the window, he ordered a medium-sized black coffee for himself and a jumbo one for his partner. “Douse the second one with cream, will ya? My partner here needs lots of sugar, too.” Thad didn’t want to think what Jeremy’s insides looked like, but as long as he could outrun a criminal and shoot straight, Thad didn’t much care.

Back on the road, he finished half his drink and set it in the cup holder just as his radio signaled. “There’s a two-eleven in progress,” Dispatch sputtered out. “First and Elm. Wilson’s Electronics. Suspects are considered armed and dangerous. All available units respond.”

“Fuck.” His heart hitched as adrenaline raced through him. It was Chuck Wilson’s place. Given the rundown area, good chance it was gang related. Since they were only a few blocks away, Thad pressed on the accelerator and shot up Ridgewood.

“Shit!” Jeremy dropped the coffee into the holder on his side and wiped his possibly burnt hand on his pants.

That couldn’t have been helped. “Sorry. Hazard of being a cop.”

“My fault.” Jeremy flipped on the sirens and answered the call, saying they were only a few blocks away.

Thad cursed and blasted past a car going too slow. As he sped down the street, he kept watch at every intersection to make sure a vehicle wasn’t pulling out. Every second that went by meant the thieves would be farther away and harder to catch. He skidded around the corner, hanging a left onto First.

“There,” Jeremy shouted, pointing to two men running down the street both carrying what looked like pillowcases.

Seriously? Pillowcases? Thad searched the street for a getaway car, but no vehicles were parked nearby. Chuck burst out of his store, spotted them, and waved his arms, pointing at the perpetrators. As soon as the two alleged thieves ran past the bookstore, they ducked down an alley. Thad jerked the cruiser to the left to follow, but had to slam on his brakes when two dumpsters blocked his way.

“Damn it.” Jamming the car in park, he and Jeremy both jetted out of the cruiser. “Go back around,” Thad shouted. “Cut them off on the other end.”

Sirens sounded from a block away, which meant he’d be halfway down the alley by the time the assist arrived. Given the speed of the thieves, Thad couldn’t afford to wait for backup.

He drew his weapon, knowing the dangers of going in blind. Thad raced down the alley, stepping over cans, bottles, and a host of other trash. He counted only two men, but there could be others waiting around the corner. Neither man had a weapon in his hand, but that didn’t mean they didn’t have an arsenal stuffed in their pants. The dispatcher had stated they were armed.

No surprise they didn’t mind his order and kept running. Thad’s heart slammed against his ribs and the strain in his legs burned as he chased after them. The alley stunk not only of garbage but also of something he didn’t want to identify.

Pumping his arms hard, Thad sprinted toward them, ignoring every ache and pain in his body. Thirty-four hadn’t seemed old yesterday, but it sure felt ancient today. One of the men looked back over his shoulder. Shit. He was just a kid. Maybe eighteen or nineteen at most.

The two thieves came to the end of the alley, where it met Morrison Avenue, and slowed. Both men shot right, which meant Thad might not catch them before they ducked in some store and exited out the front.

Footsteps sounded behind him, but he didn’t check to see which uniform had his six. As Thad came closer to the intersection, the second kid dipped his hand in his pants, raised his arm, and took aim at something around the corner. His shot reverberated down the alley. Fuck. That was where Jeremy should be. A second later another shot rang out and the shooter fell.

Jeremy stepped into view, his weapon leveled at the kid, and shouted for the thief to stay down. Thad’s pounding heart slowed. He prayed his partner hadn’t been hit, but from Jeremy’s fierce expression and steady arm, the first shooter had missed.

Ever vigilant in case the second thief came back for his friend, Thad continued up the alley, zigzagging his way. When Officer Nick Rodgers joined him, Thad motioned for Nick to stay to the right.

As soon as they arrived at Morrison, Nick’s radio mic sounded. Luke, his partner, told him he’d caught the second thief and that there weren’t any others.

Nick’s shoulders sagged as he answered the call. “Take him back to the station. I’ll catch a ride when I can.”

Thad glanced down at the thief in the gray hoodie. The shoulder wound wasn’t bleeding much, but the air was tinged with a sweet metallic smell he hated. The young man was cursing up a storm. Thad might have felt sorry for him, but most likely the robbery was for kicks. The kid would live and Chuck would get his stolen property back. As the adrenaline began to ebb, relief washed through him. Thad radioed for an ambulance and gave the necessary details to the dispatcher.

Jeremy had kicked the kid’s gun off to the side, but Thad would bet his badge the thief had a few more weapons stashed on his body. Good thing Jeremy kept his gun drawn. If he hadn’t, the boy probably would have used his other hand to retrieve another weapon.

Jeremy was visibly shaking, but that was to be expected after shooting someone—especially when it was his first time. Thad’s gut churned at the uselessness of it all. After he donned his gloves, he read the kid his rights while he frisked him for weapons. As anticipated, Thad found two knives and a gun that he set off to the side.

“Hey. Careful,” the downed boy yelled, his teeth gritted in pain. “It hurts like a motherfucker.”

“Shut up, or I’ll show you real hurt.” The kid had no sense if he thought there wouldn’t be any consequences for stealing.

Nick stepped closer. “You want to escort the guy to the hospital or should I?”

“I will.” It was Thad’s collar and this smacked of a street gang. He wanted to see how much the kid was willing to give up.

“Okay. Jeremy and I’ll wait for the Crime Scene Unit to process the scene.”

The stolen merchandise lay sprawled on the sidewalk. Thad couldn’t be certain, but it looked like a couple of tablets and some phones.
Jesus
. The perpetrator could have been killed over a measly few items.

After Thad cuffed the kid, he walked over to Jeremy, whose face was still white. It tore at his heart to see his partner go through this.

“Jeremy, remember you’ll need to hand over your weapon for processing.” His partner made eye contact then huffed out a breath. The resigned look made Thad ache.

Thad had been through this routine twice before. To him, counseling was the hardest part.

Thad stepped over to the kid and asked him questions about his identity, the name of his partner, and which gang he belonged to, but the little thief refused to say a word. His tears had dried and he’d donned a belligerent look.

Thad carefully bunched the kid’s sleeve over his wound that had begun to bleed again. “Hold your hand here and apply some pressure. The ambulance will arrive shortly.”

The young man did as he was asked. “Fuck, man. That hurts.” There went his bravado.