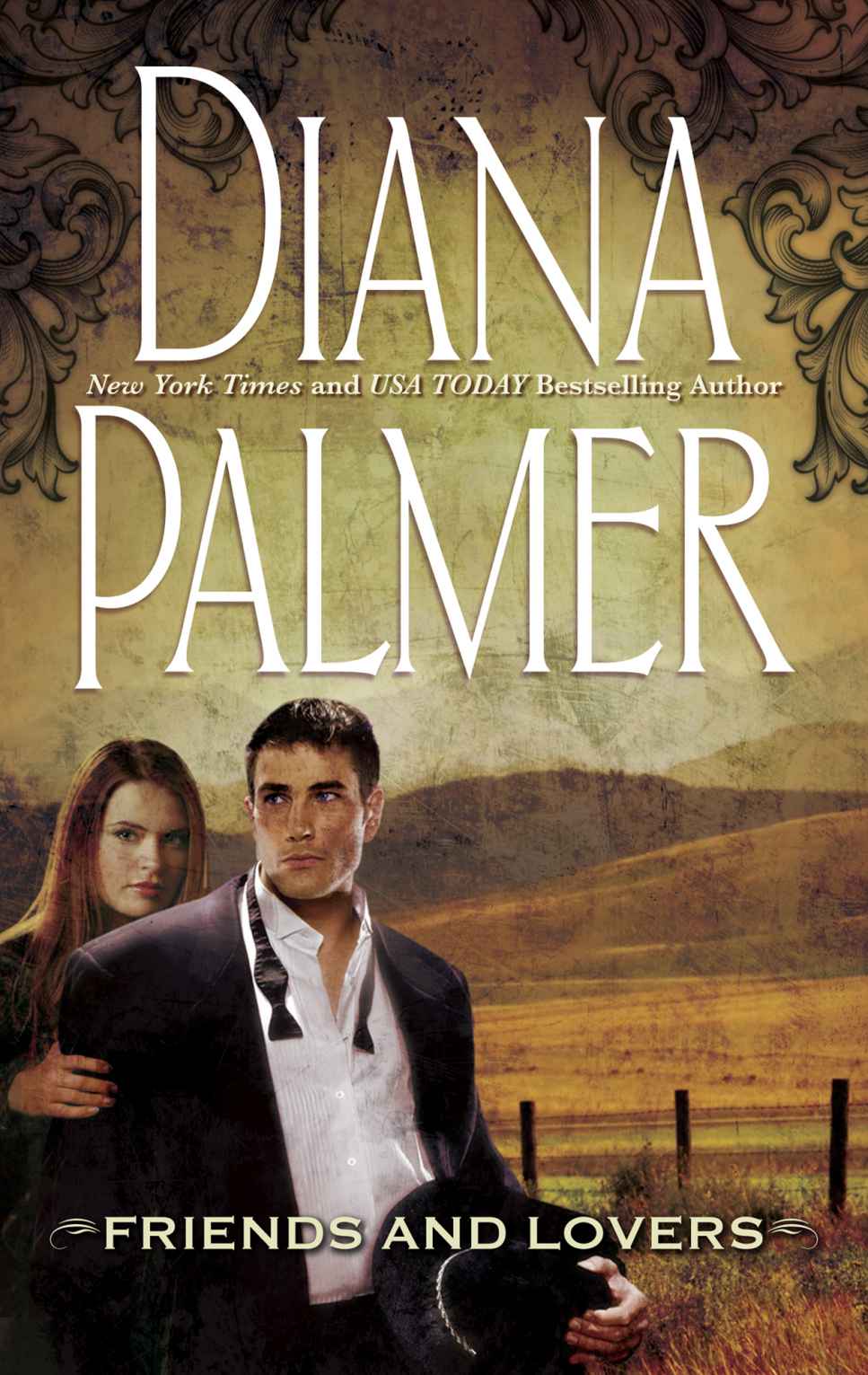 They’d been close for years, but suddenly Madeline hungered for John in a new way. When they finally touched, passion set their souls on fire…but their friendship turned to ashes. Now Madeline feared she was no more than a mistress to him. And John was tormented by desire for—and doubts about—Madeline’s love. Yes, Madeline loved John. But would love sustain her as they made the sensual journey from friends to lovers?

I really can’t express how flattered I am and also how grateful I am to Harlequin Books for releasing this collection of my published works. It came as a great surprise. I never think of myself as writing books that are collectible. In fact, there are days when I forget that writing is work at all. What I do for a living is so much fun that it never seems like a job. And since I reside in a small community, and my daily life is confined to such mundane things as feeding the wild birds and looking after my herb patch in the backyard, I feel rather unconnected from what many would think of as a glamorous profession.

But when I read my email, or when I get letters from readers, or when I go on signing trips to bookstores to meet all of you, I feel truly blessed. Over the past thirty years, I have made lasting friendships with many of you. And quite frankly, most of you are like part of my family. You can’t imagine how much you enrich my life. Thank you so much.

I also need to extend thanks to my family (my husband, James, son, Blayne, daughter-in-law, Christina, and granddaughter, Selena Marie), to my best friend, Ann, to my readers, booksellers and the wonderful people at Harlequin Books—from my editor of many years, Tara, to all the other fine and talented people who make up our publishing house. Thanks to all of you for making this job and my private life so worth living.

Thank you for this tribute, Harlequin, and for putting up with me for thirty long years! Love to all of you.

AVAILABLE MAY 2011
Lacy
Beloved
Love with a Long, Tall Texan
(containing “Guy,” “Luke” and “Christopher”)
Heart of Ice
Noelle
Fit for a King
The Rawhide Man

T
he clink of the cocktail glasses seemed unusually loud to Madeline Vigny’s ears, and the expensive perfume of the other women was smothering. She’d been nursing a headache all day, and she would have liked nothing better than to give in to the exhaustion and go home to bed. But it wouldn’t do to leave her own party. Not when she was the guest of honor.

She turned away from the bar and wandered back through the crowd, smiling politely at the elite members of Houston’s literary community while her head throbbed like a bass drum. At twenty-seven, Madeline was gaining a national reputation as a mystery writer, and the party was in celebration of the release of her latest novel—
The Grinding Tower.
She’d just come back from an autograph tour, only to find that her editor would need an additional thirty pages of revisions on the book she’d mailed to her publisher the previous week. She’d managed the revisions in one day, by pushing much too hard, and now she was exhausted. All she wanted out of life at the moment was an aspirin and a soft bed.

Her pale green eyes swept around the crowded room, bright with the effort of being kept forcibly open. They were the exact shade of her seductive sheath, a strappy creation with narrow pleats down the front and sides split up to her tanned thighs. The color also offset her reddish gold hair, pulled up into a loose topknot that emphasized her graceful carriage. When loosened, that fiery hair tumbled in waves down to her waist. She’d toyed with the idea of cutting it, but John had given her an affronted glare and proceeded to talk her out of it. He was a past master at convincing people to do things his way—most people, she amended silently—which probably explained the extent of his oil empire. He’d won two proxy fights in the past five years, retained control of Durango Oil with an expertise that dumbfounded even old-timers in the business. What Big John wanted, he got. From everyone except Madeline.

She caught a glimpse of him across the room, already in the steely clutches of a petite little blonde with eyes like cash registers. Madeline thought, as she had often before, that nobody could hold a candle to Big John Durango. He was six foot four with a big, muscular frame to match, and despite his thirty-nine years, there wasn’t an ounce of fat on him. He had straight, dark hair swept neatly back over a broad forehead—so neatly that Madeline’s fingers often itched to muss it. His eyes seemed dark at a distance, but were actually a slate gray at close range. His nose had been broken at least once, and it showed. He had a mouth that was utterly sensuous under a thick, neatly trimmed mustache as black as his hair. A square jaw that hinted at determination and a strong will completed the portrait. Although she and John had been friends, just good friends, for over two years, she couldn’t help being aware that he was a man. The sight of him in his dark evening clothes would draw any woman’s eyes, and Madeline, feeling a chill go down her spine, was no exception. Probably, her mind insisted, a survival mechanism. God knew she needed one around John.

She lifted the brandy snifter to her lips and took a long sip. Her eyes idly studied John and the blonde. It looked as though he was making quite an impression and she felt an unpleasant twinge of annoyance. Perhaps it was the strong friendship she shared with the oil tycoon that made her feel so possessive about him.

John certainly hadn’t given her any other reason to feel possessive. He knew what her disastrous affair with Allen had cost her. She and Allen had been engaged—or so she thought. But the morning after he’d seduced her, she’d learned that the would-be writer already had a wife and child.

John had understood her horrified reaction to that incident from the start. He’d respected her fear of physical involvement, and he hadn’t approached her sexually, not ever. Madeline, on the other hand, wasn’t interested in his money, which meant he could trust her in a very special way. Madeline guessed he hadn’t been able to trust anyone that way since Ellen’s death. He knew that she liked him for himself, not for what he could give her.

She sighed, sipping at her brandy. But now things seemed to be changing. John was usually the easiest man in the world to get along with, her best friend. Yet for the past few weeks he’d been alternately impatient and downright unpleasant with her. Last week things had gotten completely out of hand when one of John’s cowboys had been drinking on the job and had made a blatant pass at Madeline.

Madeline had always been friendly with Jed—not flirtatious, just friendly. But while she was waiting for John at the stables, Jed had suddenly grabbed her and tried to kiss her. John had come out of nowhere and sent the man flying onto the hard ground with one powerful blow.

“Get out,” John had growled at the downed cowboy. “Draw your pay and don’t ever set foot on Big Sabine again!”

Madeline, standing shocked and tongue-tied a little distance away, had stared at John as if she’d never seen him before. With his gray eyes blazing like silver, his face granite hard, he was suddenly a stranger. The easygoing, pleasant companion she’d known for the past two years had vanished.

John hadn’t said a word while the bruised cowboy picked his husky figure up off the ground, glared at Madeline and went ambling off toward the ranch office.

“I…thank you,” Madeline had stammered. Her hands had brushed idly at the smudges on her blouse while she fought for composure. The incident had shaken her terribly. She hadn’t realized Jed had been drinking until he’d come close, and then it had been too late. If John hadn’t come along when he had, it might have been much worse than a little rough handling and a kiss that hadn’t landed anywhere near her mouth.

John had turned then, with a freshly lit cigarette in his bruised hand, and his eyes had been frightening, with a silver glitter that intimidated as much as his size.

“When will you learn,” he’d demanded harshly, “that there’s a difference between friendly and being provocative?”

The unfamiliar harshness in his deep, slow voice, the censure in his gaze, had hurt. “Don’t be mad at me,” she’d murmured gently, putting out a tentative hand to touch his bronzed forearm in a conciliatory gesture.

The muscles in his arm had contracted as if he’d been subjected to a barrage of bullets. She’d felt them tense individually until he was as steely as drawn rope beneath her hand. Increasingly he hadn’t liked for her to touch him, but she hadn’t expected what he’d done next.

With a muffled curse, he’d caught her by the wrist, his fingers hurting, and forcibly removed her hand.

“Don’t think you’ll wrap me around your finger, Satin,” he’d said harshly, giving her the nickname he’d coined because she “moved like satin when she walked.” “And from now on, keep your distance from my men. If you’re looking for a little excitement, look for it off my ranch!”