Furnaces of Forge (The Land's Tale) 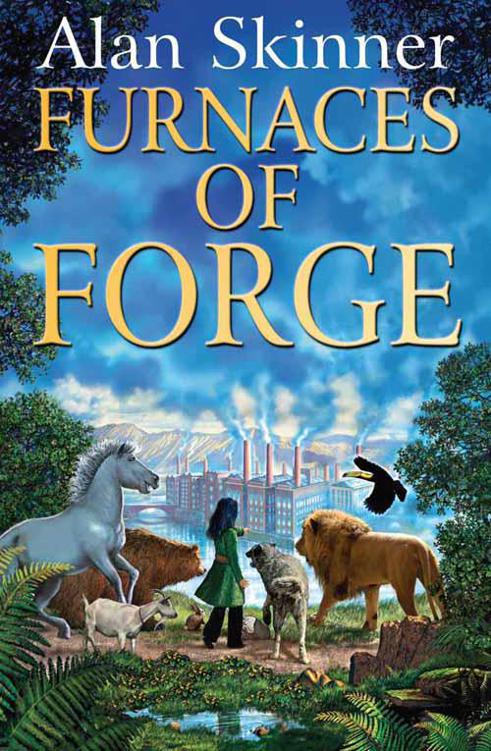 10 All Is Right with the World

15 A Pillar of Blue Fire 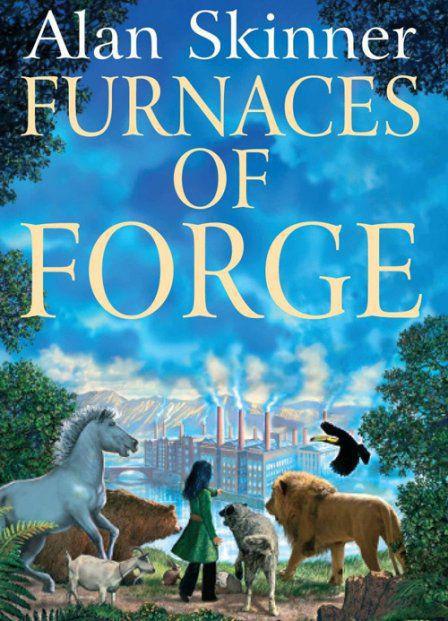 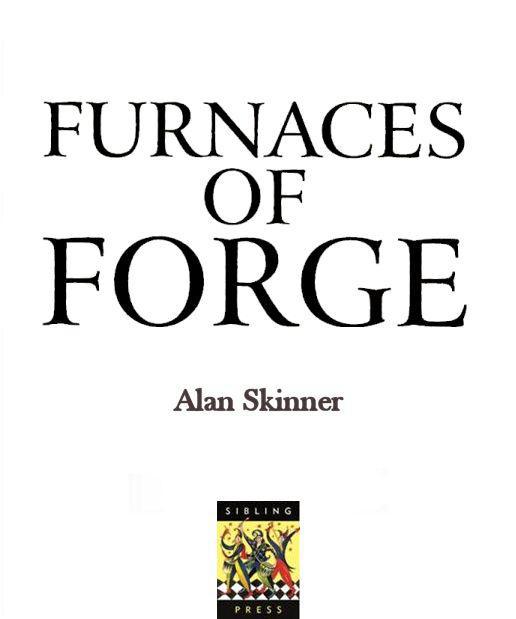 All rights reserved. No part of this publication may br reproduced, stored in a retrieval system, or transmitted, in any form or by any means, electronic, mechanical, photocopying, recording or otherwise, without the prior permission of the publishers. 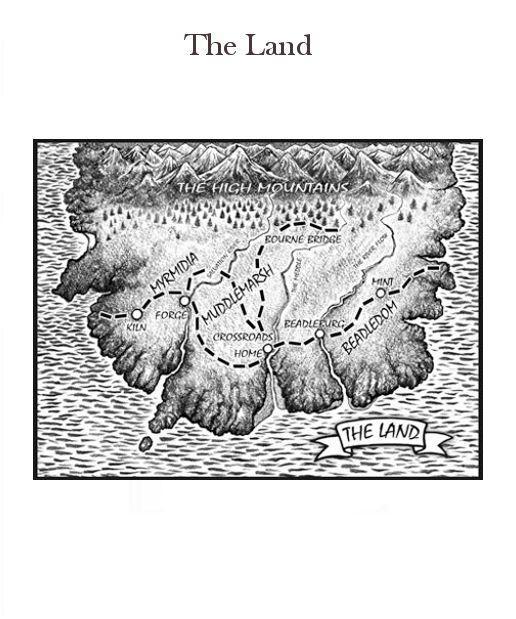 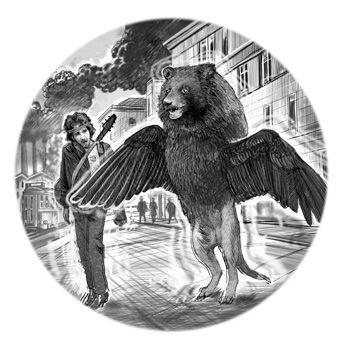 I
t was a brisk autumn day in Forge. The wind swirled the papers in the streets and the leaves on the lawns. It darted through the open windows of the tram and tugged at the scarves and hats of the passengers and rustled their newspapers. Jakob dozed in his seat; last night had been a long one at Bellow’s Inn. He felt a gust of wind on his neck and then his hat scooted from his head. Jakob jumped up and chased it down the aisle of the tram. It came to rest between a pair of long, sturdy black boots, the kind preferred by firefighters, and a pair of lime-green trainers.

Jakob stooped to pick up his hat, and the world went hazy. A shimmering silver glow enveloped the two pairs of feet. Jakob rubbed his eyes. When he looked again, the boots and the trainers were gone, replaced by a pair of scarlet slippers with upturned toes and a pair of shiny black patent leather shoes. Jakob closed his eyes for a few seconds, wondering if he was dreaming, then opened them. The red slippers and the patent leather shoes were definitely there. Bewildered, he reached for his hat. At the same moment, a man’s arm descended, picked up the hat and offered it to him. The arm was bare to the elbow and above the elbow was the sleeve of a very colourful beach shirt.

Jakob was not the only one who wondered if he was dreaming or needed his eyes testing. Those passengers not engrossed in the day’s news or the morning’s gossip had noticed, out of the corner of their eyes, the wavy silver glow coming from three passengers seated in the middle of the tram. They had turned and stared. As quickly as it had come, the glow had disappeared. But it had left behind something very odd. The tram filled with whispered chattering.

‘Thank you,’ said Jakob as he took his hat, and he looked straight into the face of a pretty, friendly-looking young woman wearing a firefighter’s hat. He smiled to himself. Of course . . .

‘You’ve been to Forge before, have you not?’ asked Jakob, putting on his hat.

‘Yes, a few months ago.’ Crimson pointed to the passenger next to her. ‘Grunge and I came with –’

‘The Beadles. Ah yes, I remember. You met with our Lord Mayor, Achillia,’ Jakob finished for her. He looked her up and down. ‘I recall your faces, though perhaps not the rest of you.’

Jakob gave a polite bow of his head. ‘Correct. I am flattered you remember.’ He tipped his hat. ‘It’s a pleasure to see you again, Crimson. And you, Grunge.’