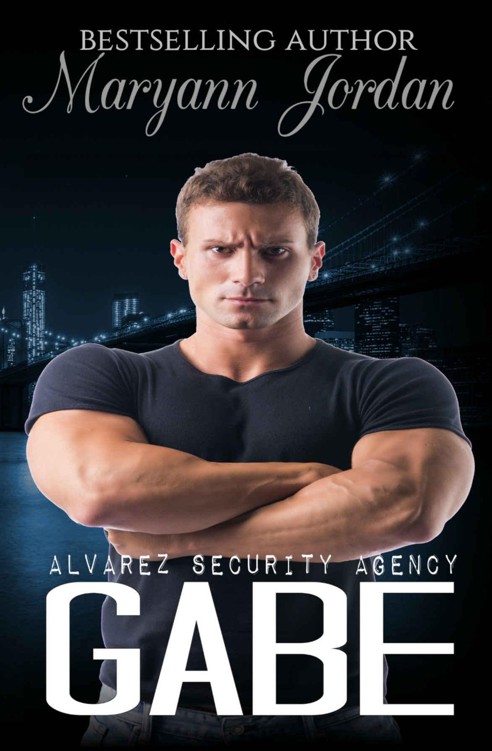 All rights reserved. No part of this book may be reproduced or transmitted in any form or by any means, electronic or mechanical, including photocopying, recording, or by any information storage and retrieval system without the written permission of the author, except where permitted by law.

First and foremost, I have to thank my husband, Michael. Always believing in me and wanting me to pursue my dreams, this book would not be possible without his support. To my daughters, MaryBeth and Nicole, I taught you to follow your dreams and now it is time for me to take my own advice. You two are my inspiration.

My best friend, Tammie, who for nineteen years has been with me through thick and thin. You’ve filled the role of confidant, supporter, and sister.

My dear friend, Myckel Anne, who keeps me on track, keeps me grounded, and most of all – keeps my secrets. Thank you for not only being my proofreader, but my friend. Our friendship has grown and changed and you mean more to me than you can imagine.

Going from blogger to author has allowed me to have the friendships and advice of several wonderful authors who always answered my questions, helped me over rough spots, and cheered me on. To Kristine Raymond, you gave me the green light when I wondered if I was crazy and you never let me give up. MJ Nightingale and Andrea Michelle – you two have made a huge impact on my life. Anna Mychals, EJ Shorthall, Victoria Brock, Jen Andrews, Andrea Long, A.d. Ellis, ML Steinbrunn, Sandra Love, thank you from the bottom of my heart.

My beta readers kept me sane, cheered me on, found all my silly errors, and often helped me understand my characters through their eyes. A huge thank you to Denise VanPlew, Sandi Laubhan, Barbara Martoncik, Jennifer Alumbaugh, Anna Mychals, Danielle Petersen, Shannon Brandee, Stracey Charran, Leeann Wright, Lynn Smith, Kelly Williams and Tracey Markin for being my beta girls who love alphas!

Shannon Brandee Eversoll has been my editor for the past five books and what she brings to my writing has been amazing. She and Myckel Anne Phillips as my proofreader gave their time and talents to making Gabe as well written as it can be.

My street team, Jordan Jewels, you are amazing! You volunteer your time to promote my books and I cannot thank you enough! I hope you will stay with me, because I have lots more stories inside, just waiting to be written!

My Personal Assistant, Barbara Martoncik, is the woman that keeps me going when I feel overwhelmed and I am so grateful for not only her assistance, but her friendship.

The cover was created by my dear friend, Andrea Michelle with Artistry in Design, and her talent is evident in every detail. Thank you for working with me, planning with me, laughing with me, and understanding me.

As the owner of the blog, Lost in Romance Books, I know the selflessness of bloggers. We promote indie authors on our own time because we believe fully in the indie author community. I want to thank the many bloggers that I have served with, and who are assisting in promoting my series.

Most importantly, thank you readers. You allow me into your home for a few hours as you disappear into my characters and you support me as I follow my indie author dreams.

If you read my books and enjoy them, please leave a review on Amazon. It does not have to be long or detailed…just that you enjoyed the book. Reviews are essential to indie authors!

I am an avid reader of romance novels, often joking that I cut my teeth on the old bodice rippers. I have been reading and reviewing for years. In 2013, I created a blog, Lost in Romance Books, to promote and showcase indie authors. In 2014, I finally gave in to the characters in my head, screaming for their story to be told. From these musings, my first novel, Emma’s Home, The Fairfield Series Book 1 was born.

I am a high school counselor having worked in education for thirty years. I live in Virginia, having also lived in four states and two foreign countries. I have been married to a wonderfully patient man for thirty-two years and am the mother to two adult daughters. When writing, my dog or one of my four cats can generally be found in the same room if not on my lap.

Please take the time to leave a review of this book (on Goodreads, Amazon). Reviews are the lifeline for indie authors.

Feel free to contact me, especially if you enjoyed my book. I love to hear from readers!

When my parents retired, they decided to remain active devoting a great deal of time to the homeless population in our area. They sat outside a restaurant every Wednesday night to pick up the bread that had not been sold so they could take it to their church where on Thursday nights it was served with dinner to the homeless.

Over the years, they hauled and delivered thousands of pounds of bread that would have been thrown out and gave it to those less fortunate. This book is dedicated to them for their selfless acts and for all who work for the betterment of others.

T
he air was
thick; the wind swirled the dust up from the ground threatening to choke the men moving through the darkness. The night-vision goggles provided as clear a view as possible, but visual cues were limited. But that was all right. Each man in the Special Forces Team knew what to do in any circumstance. The dust storm would only confuse the enemy…not them.

Gabe Malloy trusted his brothers implicitly. There was no one he would rather be with than them at this moment. Their team was tasked with the missions that often involved search and rescue and right now, they were sent in to rescue the son of a local chief, sympathetic to the United States. He had been snatched from his home, after his father led an insurgence team against the enemy and was being held virtual hostage with his son kidnapped.

Locating the building, team leader Captain Tony Alvarez gave the order to move around to the side. Each man brought their own specialties to the group but were all cross-trained to perform every duty when needed. As the Medical Sergeant, Gabe would not be the first in the building, but with the condition of the child unknown, he had to be ready for anything.

Jobe, their Weapons Sergeant, moved to the back of the mud-brick building, scaling the wall to the roof. In a minute, he reported the visual he was obtaining. There were two boys in the room. One was the identified target and the other…wearing a suicide bomb vest.

Fuck
. Gabe knew that he was not the only one of their team with that thought. In fact, he would bet that all twelve men had that on their minds at the exact same instance.

Tony and Assistant Commander, Chief Warrant Officer Bryant, quickly coordinated the rescue movements. Their Engineer Sergeant scaled the wall to where Jobe was located, to gain a visual as well. Eliminating a child was never what any of the men wanted to do, but if there was no other way, they would follow their mission to the letter.

Gabe’s twin brother, Vinny, passed him heading to the roof as well. Trained as a Weapons Sergeant, he was also their back-up Medic. Vinny quickly aimed and shot the boy wearing the suicide vest with a tranquilizer. It would not knock him out completely, but would give them just enough time to grab the chief’s son and make their escape. The child slumped to the ground unable to move and the others quickly entered the building, securing their mission.

As last man out, Gabe’s eyes swept the inside of the building landing on the child still laying on the dirt floor. The boy’s dark eyes showed fear…and resignation. In a flash, Gabe realized that the child would die, knowing the insurgents would not let him live for failing to alert them to the rescue. The boy, who could not be more than ten, slowly moved his hand toward his vest, his eyes locked on Gabe’s.

Gabe started toward him, but training took over instinct as the order for him to evacuate immediately came though his ear-piece. Turning, he ran out just before the explosion demolished the building behind him and shook the ground. Knocked to the dirt, he quickly pulled himself up and ran to the rendezvous, each man identifying their location and condition. They all made it out and he could hear the Communications Sergeant calling for their transport.

He could not help but do a visual scan of his eleven brothers, just to make sure they were all right. Vinny was in place, treating Jobe who took several wood splinters in his shoulder and neck, the latter causing quite a bit of bleeding. Gabe took over and quickly stopped the bleeding while Vinny checked out the terrified rescued boy.

The helicopter landed and the team members jumped on board, securing their mission, and taking off just as the insurgents were coming over the hill firing their weapons at the team.

The men were quiet until in the air and on their way back to base. The adrenaline that flowed with a successful rescue was palatable. Gabe continued to sit quietly, ignoring the pointed looks from Vinny and Tony.

They landed and were met with military personnel who whisked the child away and the twelve brothers-in-arms moved into their headquarters for the debriefing. Several hours later, the men made their way back to their barracks for showers and food before sleep. The others, still high on their success, hit the showers quickly, but Gabe found himself haunted by the eyes of the other boy. No matter how much he studied the enemy, he would never get used to their using children to try to kill them.

Vinny, his twin always in tune with him, walked over. “You okay, man?”

Gabe began stripping off his dusty, sandy fatigues. Rubbing his dirty hands over his gritty face, he sighed. “Yeah.”

Tony walked into the room, looking at the identical twins in front of him. Gabe saw the captain give a head jerk to Vinny, who nodded and left the room toward the showers.

“Problem?” Tony asked. The captain was a man of few words.

Captain Alvarez said nothing but continued to stand in front of Gabe. Knowing the captain was not going to leave unless he was satisfied, Gabe sighed.

“Saw his eyes, Sir. Right before I realized he was going to detonate.” Silence filled the room, neither man saying anything. “Fuckin’ hell,” Gabe cursed, shaking his head.

Looking up into Tony’s hard face, he saw the understanding eyes of his commander. “I’ll never get used to them using kids, Sir.”

“Good,” came the captain’s clipped response. “You do your job. You do it better than anyone else. You take out the enemy when ordered. But…,” he speared Gabe with his penetrating stare, “you never forget that you care.”

With that, Tony walked out of the room leaving Gabe alone with his thoughts. The room quickly began filling up with his teammates, scrubbed clean and ready to eat. Not wanting to miss their company, he hustled down the hall to the showers, letting the hot water pound his muscles and sluice over him.
Washing away the sand is easy. Wish I could get that fuckin’ image out of my mind as easily.