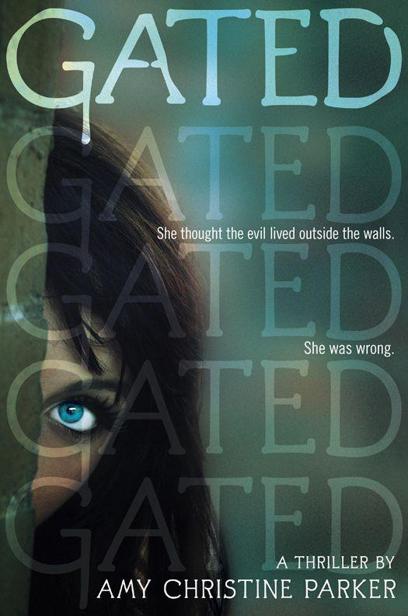 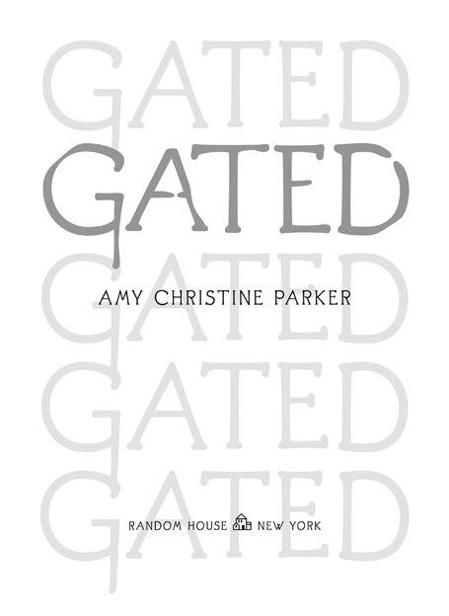 Random House and the colophon are registered trademarks of Random House, Inc.

Visit us on the Web!
randomhouse.com/teens

Educators and librarians, for a variety of teaching tools, visit us at
RHTeachersLibrarians.com

Summary: Seventeen-year-old Lyla doesn’t trust the charismatic leader of her isolated suburban community when he is told that the end of the world is near and when it arrives they must all be ready to defend themselves against the unchosen.

For my loving husband, Jay,
and my two beautiful daughters,
Samantha and Riley,
because they gave me the time
and opportunity to realize my dreams

The good in this world, what little of it that remains, is worth protecting by whatever means necessary.
We can’t be afraid to stand up and defend it.

—Pioneer, leader of the Community

“Shoot to kill this time, okay?” Will winks and pushes me into the tall corn as we walk through the field to the gun range. I push him back and he laughs. The sky is a perfect cloudless blue and the air is hot from the summer sun. It’s a day meant for picnics, not pre-end-of-the-world target practice.

“But that’s why I have you,” I say. I fiddle with the leather strap attached to my rifle, sliding it back and forth across my shoulder until it rests comfortably in the crook of my neck. Turning my face up to his, I’m sure that I’ll see his lips curl into a smile at my routine grumbling, but instead he’s frowning.

“What if I’m not with you when we’re attacked? You can’t assume someone else will pull the trigger for you all the time.” His hand tugs absently at his ear, a sure sign that he’s not joking anymore.

I swallow back my answer and look out past the corn
to the prairie beyond. The unspoken words drop into my stomach, making it hurt. The gun range is up ahead. Marie and Brian are already there. The popping sounds of their guns carry over the cornfield, punctuating the sudden awkwardness between Will and me.

“I’m just saying that maybe it’s time you took all of this seriously.” Will reaches out for my non-gun-toting hand. I hesitate, my fingers twitching in the air. He dips his head and gives me a sidelong smile.

I know he means well. He always means well. He cares about me.
I
am the problem. Exactly three months until the end of the world and I still can’t muster up the proper response. I pull in a long breath, glad for the abundance of air around me. Thinking about the end of things always makes me feel like I’m suffocating.

Will chases after my hand with his own until he snares it. He laces his long fingers through mine. “I worry about you, Lyla. I can’t be with you every second, evehe n once we’re in the shelter. I just want to know you’ll do what you have to to survive.”

I can’t keep a sigh from escaping. We’ve had this conversation so many times. It’s intensifying now because of the target shooting. This is only our fifth time out on the range, and his pestering is reaching epic proportions.

“Come on,” I finally say, like he’s the one who’s holding us up. He squeezes my hand lightly. We walk the last few yards to the open grass and the gun range. I fish my earplugs out of my pocket and stuff them in my ears
before Will can say anything more. He leans down, his lanky frame casting a shadow over my face. He’s like a barometer—constantly measuring my moods and reporting them back to me in his expressions. His stonewashed-blue eyes are troubled and his freckled nose is crinkled with concern. This means that he thinks that I’m overly anxious. I want to reassure him, if only to get him to look away, but it’s as if clouds have suddenly formed and gathered over my head.

Brian’s standing behind Marie, his face buried in her dark curls. He’s gently guiding her rifle to her cheek for what I’m sure is the hundredth time. Together they aim her gun at the large collection of hay bales across from them. Each hay bale has a life-sized cutout of a person bound to its front. They’re aiming at a woman. It’s a silhouette, but still it makes my skin tingle when the gun goes off and I see a piece of the plywood lady’s chest fly out into the grass. Marie grins at us and her cheeks flush pink.

“Did you see that?” she asks. I can’t exactly hear past my earplugs, but I don’t need to. She says the same thing every time she manages to land a shot. I paste a smile on my face and walk toward them and out of Will’s shadow.

“Nice!” I holler back. I take my usual spot in the grass, across from the hay bale with the man cutout. I’m pretty sure this makes me sexist, but the man target is the only one I can stomach shooting. I lower the rifle from my shoulder and try to psych myself up.

Not enough room for everyone. We can’t take them all. They had their chance. We have to protect ours
.

I play this litany over and over in my head, hoping that somehow it will make my heart understand. It didn’t work the last time and I don’t hold out much hope for this time either. How can I take someone’s life when he’s just scared and looking for help, even if it saves my own?

I glance over at Will. He’s shooting at two plywood cutouts: a man and a woman. His rifle is tucked into the space between his chest and his shoulder, and his cheek is welded to the gun’s stock. He keeps both eyes open, lines up his sights. There’s no hesitation once he gets the sights level. The rifle jumps as he takes the shot and the plywood man’s head flies backward. His featureless face searches the sky. Will readjusts and shoots the plywood woman in almost the exact same spot. Her head stays upright, but it’s missing its rounded top. He smiles as he lowers his gun and looks at me.

I turn back to my own hay bale and the silent man-board waiting there for me. I pull my rifle up into position and ready my stance. I can feel the others watching me, hoping that for once I’ll shoot one of the mandatory targets: head or heart. My bangs are plastered to my forehead and sweat tickles my back as it runs down my spine. I still my body, put my finger on the trigger, and pull. The recoil makes me wince and I shut my eyes. When I open them and look out at the silhouette man, I let outshon, I le my breath in one relieved rush. The bullet hit exactly where I wanted it to.

“Really, Lyla? The kneecap again?” Marie has her hands on her slim hips and one foot jutted out as if she’s suddenly become a seasoned assassin. She can’t seem to wrap her mind around my continued reluctance to shoot right.

“It’s her tribute to
Terminator Two
,” Will says. “Where the kid orders the Terminator to take nonlethal shots all the time.” He doesn’t look at me as he walks back to his spot and aims at his target again, but I know that our discussion isn’t over. It won’t be until I manage to find a way to do what they want, to give in and fight.

We keep shooting until we each go through our ammo cartridges. My plywood man is the only one with a chance at life by the end. The rest of his silhouette friends have been dead since the first round of bullets. I set my rifle on the ground and start helping the others pick up the shell casings littered around our feet. I’m moving faster than everyone else. If we get done early enough, I might be able to get in some painting time before dinner.

Marie crouches down next to me and plucks a shell casing out of the tall grass between us. “So what gives, Lyla? Why don’t you shoot right?”

I shrug and drop shells into my pouch. “I don’t know. It’s just that every time I look at those stupid people targets, I see
actual
people—like you or Brian or Will. What if somehow we got stuck outside the Silo and needed help? I mean, how do any of them out there even know it’s the end? Pioneer chose to save us, but does anyone else have
any idea that the end is coming? Wouldn’t they already be here, fighting to get in?”

Marie stares at me. Her face is as clear of concern as the sky is of clouds. “I don’t know, Lyla. You worry too much. You’re safe and so are your family and friends. Isn’t that enough? Besides, the Outsiders are supposed to die. It’s their destiny, not ours.”

I don’t know what to say. Yes? No? What’s the right way to feel when you know that everything’s about to go so wrong for billions of other people? “Forget it,” I say instead. “I’m just in a weird mood today, okay?”

Marie shakes her head and goes back to collecting shells. I start to do the same when the Community’s beat-up red truck emerges from the far end of the cornfield. It’s too far away to see the driver clearly, but his rigid posture gives him away anyway. It’s Pioneer, our leader.

He’s come to check up on our shooting. He’ll see that I’m not improving. He was patient with my reluctance to kill the last time we practiced, but he made it clear that I would have to do better, and soon. My hands start to shake. I’m dropping more shell casings than I manage to pick up.

Owned By The Alphas: Part One by Faleena Hopkins
Bear With Me by Vanessa Devereaux
The Life and Times of Richard III by Anthony Cheetham
Through The Lens (Creative Hearts Book 1) by Jackson, K.M.
Cyber War: The Next Threat to National Security and What to Do About It by Richard A. Clarke, Robert K. Knake
The Beauty of Destruction by Gavin G. Smith
Usted puede sanar su vida by Louise L. Hay
Lots of Love by Fiona Walker
Eyes to the Soul by Dale Mayer
Wild in the Moonlight by Jennifer Greene