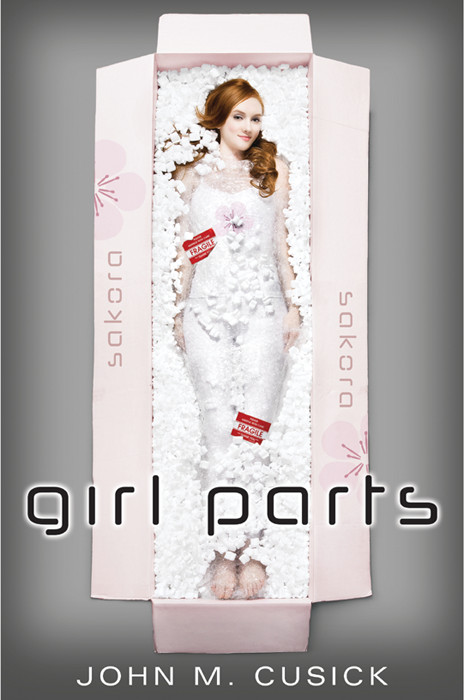 This is a work of fiction. Names, characters, places, and incidents are either products of the author’s imagination or, if real, are used fictitiously.

All rights reserved. No part of this book may be reproduced, transmitted, or stored in an information retrieval system in any form or by any means, graphic, electronic, or mechanical, including photocopying, taping, and recording, without prior written permission from the publisher.

The room was empty and black save for the blue eye of the computer and the yellow wedge beneath the door. Shapes crouched in the darkness — the dresser, a desk, a bed with adjacent night table. The bed had a lived-in look, the tousled sheets littered with crumbs and stained with ink, cola, coffee. The stars-and-moons comforter lay bunched against the headboard, along with a threadbare teddy bear and Mary Poppins pillow missing its spangles. Books and magazines were shoved to the wall, into the gap, along with countless socks, balled underwear, lost pens, scraps of paper, and secret journals, their pages bulging with ticket stubs and pasted photographs.

It was quiet. The analog clock went
teck.

As if on cue, the door opened, spotlighting the posters on the wall — Monroe, Dean, Bogart, and the tragic Entwistle. A girl in creased white pajamas shuffled in, arms full. She closed the door, shutting out the yellow glare, and set her burdens on the desk. She pressed the flat monitor button. The computer hummed. The blue eye watched.

She stood the blender, filled with ice, and the liter of Coke off to one side. She placed the third object, small and squat, before her like an offering.

“I’d like to thank you all,” she said to the eye. “I can’t tell you how much it means to me you came tonight.”

The girl was slight, with a thin face, pale skin, and heavily lidded eyes. Her hair was limp, with electric red highlights, damp now and pulled back in a scrunchie. One strand lay against her cheek. Her fingernails, unpainted and chewed to the quick, were still soft and white from the shower.

She reached under the desk to plug in the blender, her pajama top riding up her back. In a tree outside, a small bird awoke and spied the sky-blue glow inside the room. It took flight, wings fluttering, and struck the window with a fatal crack, falling dead into the darkness. The girl sat up, oblivious, adjusted her top, and opened the squat bottle. She dumped two hundred crimson-colored pills into the blender and added the Coke. The blades churned, pureeing the mixture into sweet, slushy gunk. She dumped the concoction into a large drinking glass and took a sip. It tasted like a Coke slushie.

She clicked the mouse. A favorite old movie began. She watched and sipped, knees pulled to her chest. The star’s name loomed on-screen in tall letters as the shades of a window overlooking a city street opened like lazy eyes. As those eyes opened, hers began to droop, and she felt suffused with a heavy warmth. One final swallow and she climbed into her beloved bed, pulling the comforter up to her chin. She was asleep before the opening titles ended, and by the time a dozing Jimmy Stewart appeared, her heart had stopped.

The blue eye stared. After ten minutes, it ceased recording. One by one, the 750 viewers logged off. The show was over. It had been her best-attended video blog to date.

The night Nora Vogel died, the power went out in Westtown, Massachusetts. Everything went dark from Route 290 south to Olive Lake. Televisions blinked and computers held their breath. The big map at the power station shut down. The grid had a disconnect, and dot by dot the colored bulbs representing the homes of Westtown popped off like Christmas lights.

David Sun lived in one of the big houses on the western shore of Horizon Lake. He was grounded for smoking. His mother had found his stash behind the hall hamper, so David was home alone, watching
Scarface
on Retro_Flix.com.

David’s computer was a Sony Triptych, the kind with a three-monitor layout and content spiral technology. David’s dad invented the Triptych, and his dad’s company, Sun Enterprises, sold them. Each monitor scanned and responded to the others, so when David image-searched the new Cadillac Pinnacle on Monitor 1, Mon2 splashed the latest stats from Gearhead.com. Mon3 responded with a vid of Gearhead’s top model, Cynthia Sundae, washing a Caddy in her bathing suit, and so Mon1 answered with condom ads. It went around and around, over and over again.

Link by link the Triptych brought David from
Scarface
to Al Capone to James Cagney to James Dean and finally to StarryEyedStranger42.blogspot.com. Nora died on Monitor 2. The image was so clear, David could see her eyelids flutter.

He didn’t know how to react (the monitors did: Mon1 flashed a webpage of Fast Meds for Low Prices). He decided to message his friends, to see if they’d seen it, to see what they thought. But just then the power cut, the yellow desk lamp dimmed and died, and David was alone in the dark.

Across the lake, Charlie Nuvola stood on the beach and stared at the yellow glare of David Sun’s house on the opposite shore. Charlie cradled a suede jacket in his arms. The vintage leather smelled vaguely of soy sauce and the fruity perfume of a person he sincerely hoped he’d never see again. He didn’t know about Nora Vogel’s suicide. He didn’t even own a computer. He just wanted to be alone.

And as he watched, the houses along the west bank went dark. A power outage. Charlie saw something prophetic in that. His house was off the grid. The generator continued to hum, and he identified with the lonely porch light burning away over his shoulder, self-sufficient.

Then there was a pop. The generator gasped, the porch light flicked off, and the yard went dark. He stood in the gloom until his eyes adjusted, and he could see the blue stars. They were winking.

Even before Nora and the power died, Charlie’s and David’s lives were mixed up together like pigments on a palette.

Charlie and David lived on two sides of the same lake, Horizon Lake, which wasn’t a real lake but a man-made reservoir. Horizon Lake was three miles long and one mile wide and marked the center of Westtown. There were mansions along the west bank, trees along the east. The biggest mansion belonged to the Suns. It was a four-story glass palace, split down the middle like a dollhouse so that the family inside was always visible. At night the Sun house, true to its name, blotted out the stars, tossing its white shadow across the water.