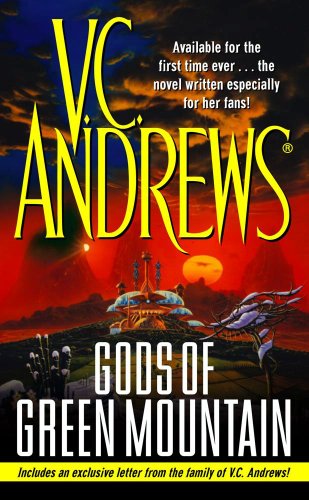 Beauty and danger...were
they one and the same?

When Far-Awn awoke, bleary-eyed, weak and trembling from the overlong, enforced sleep, he saw the thorny barrier had been swept away completely from the cave's entrance.

Spread before him in startling clarity was a world totally changed from the dry, dun-colored earth of his yesterday. A heavy covering of pale, blue white snow sparkled in the dawning light of the weak first sun. The blank and gnarled fingers of the burran trees dripped with a million sparkling icicles. As Far-Awn's incredulous eyes jumped from here to there, he heard and saw the snapping and popping as frozen and weighted branches broke and fell to the ground, one after the other.

Storms, many, Far-Awn had seen, and the after-math--but never such a morning view as this! So far from home. In the highlands looking down...and he was alone. So much awesome beauty and desolation his eyes beheld, enchanting him, chilling his spine with the power of what one single storm from Bay Gar could do! To him it occurred that the same world could look extraordinarily beautiful, or desperately frightening, depending on one's vantage point. To his father, down in the lowlands, it wouldn't be beautiful--for all those people down there, this storm was the crowning touch of disaster. 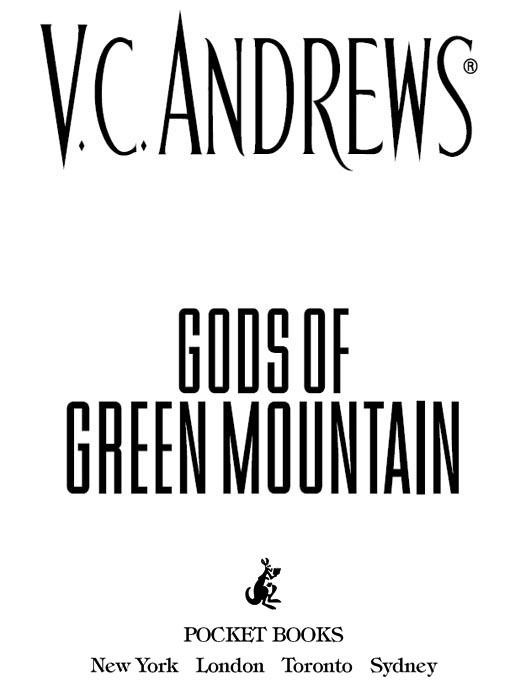 This book is a work of fiction. Names, characters, places, and incidents are products of the author's imagination or are used fictitiously. Any resemblance to actual events or locales or persons, living or dead, is entirely coincidental.

V.C. ANDREWS and VIRGINIA ANDREWS are registered trademarks of the Vanda General Partnership

5. The Beginning of the End

6. The Setting of the Second Sun

9. The Gift of the Star-Flowers

4. In the Reign of King Ras-Far

6. The Courtship of Princess Sharita

7. The Slaughter of the Bari-Barians

1. The Challenge of the King

4. The Attack of the Outlaws

8. Into the Green Canyon

Book Four: To Speak with the Gods

5. In Defense of the Princess

A Message to the
Readers

V
irginia Cleo Andrews, known to you as V.C. Andrews, died in December 1986. Among the many story ideas, completed manuscripts, and outlines was one of her most favorite, called
Gods of Green Mountain.
She spoke glowingly of the life-giving messages and outstanding guideposts that people currently living on this planet would find motivating. Our sister believed so strongly in this manuscript that she elicited our solemn promise that we would endeavor to see that
Gods of Green Mountain
would be published.

It is a tale of a distant world she had dreamed about since she was a little girl. She revealed that often, throughout her lifetime, when she was sleeping, she could feel herself leave her body and fly away to this distant planet with the two suns. For several hours, Virginia would regale us about the birth of this planet, the evolution of the inhabitants from minute plant life to an advanced society. She described the character, the animals, the plants, the landscapes and the colors ranging from monochromatic to multifaceted brilliance. Virginia believed in reincarnation and truly felt that she had been to this planet and was looking forward to returning.

Now thanks to Pocket Books and Simon & Schuster, this original, intriguing odyssey is being published as an eBook. We hope you enjoy this exciting adventure as much as she enjoyed writing it.

O
nce, in a time far removed from ours, in a place in the far reaches of our universe, there was a planet called El Dorraine, which meant "the ideal." And so it was, or nearly so.

It was the most favored planet under all of the suns; however this was not always the case. In its faraway dark beginnings it had been named, and properly so, El Sod-a-Por, meaning the ill-favored one--and so it had been, decidedly.

Eons ago, two giant worlds collided in the black infinity of space, and they shattered into trillions of small pieces. The largest bit of all spun off and was captured between the gravities of two small suns. Thus it was that El Sod-a-Por came into being. And oh, but it was hot on El Sod-a-Por with the two suns to give it light and warmth! No sooner would one sun set behind the Scarlet Mountains, and the black cooling mantle of night settle down upon that heat-ravaged land, when the second sun would rise above the Green Mountain, to chase away the comforting darkness. Into the light and heat again the second sun would bring that poor, beleaguered world.

And oh, but it was cold upon El Sod-a-Por at the top and bottom poles! It was a sphere constantly spinning, blazing hot in the bulging middle; freezing cold at the receding, opposite poles. So perfectly was the world balanced between the two suns, no ray of light or warmth was ever allowed to penetrate into the icy darkness of either pole. Both were places of eternal night.

Only on the narrow borderlands between the two extremities could green life survive, under the Gods of Green Mountain. Even there the sizzling hot or numbing cold would sweep in and shrivel the tender, young growing plants. Nevertheless, somehow through the years, some life did persist despite all the obstacles hurled upon it, and resilient, determined, hardy life it was. When the people came--and eventually they did--it took them billions of years to evolve from stationary rooted plants into ambulatory men. They were short, thick people--sturdy as tree trunks, as obstinate, resilient and tenacious as the plant stock from which they had sprung.

To those harassed people, it seemed that nature's elements waged a relentless, merciless, perpetual battle to stamp them out. Down into the deep bowels of their earth they were forced to dig to find water, and clever were the ways in which they devised means to bring it to the surface, and irrigate the parched land. Though it rained often on the borderlands between the too hot and the too cold, it was never a gentle, drizzling, soothing and nourishing rain. Oh, no! Sweet and gentle rain was never to be expected. Torrents of driving water hurled down on their land. A drenching downpour accompanied by swirling winds to rip and tear. And when the rain, the winds, were over, the water disappeared as quickly as it had come. Swallowed up thirstily by the cracks and crevices, seeping down through the many orifices in the hard top crust. Down into the dark inner-earth.

There were those, many, who argued that beneath this same hard crust was indeed the place where life would be easier. But the majority dissented. Thoughts of life in the dark caves, the cold burrows and tunnels, was abhorrent to them, the lovers of light and sun.

Their strange land, dominated by two suns, refrigerated at either end, steaming hot in the middle, created through the play of extreme temperatures, acting one on the other, narrow rims between the two climates, rocky lands of crystals of iridescent and radiant beauty. They didn't notice. The struggle to maintain existence was too backbreaking, muscle-aching, mind-fatiguing to appreciate what good they might have seen, or found. Theirs was labor that never ended. Never even lessened, no matter how much was accomplished during the long working hours. They were people of one occupation, one profession, one avocation...to raise food, to plant it, to make an effort at harvesting, to keep alive, to endure. To survive. That was it.