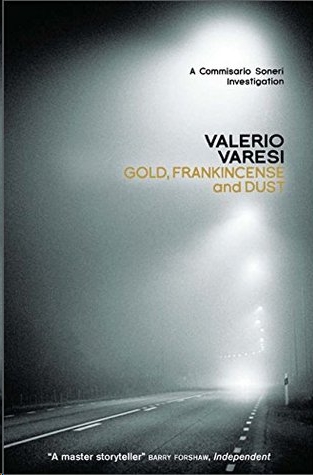 Translated from the Italian by

All rights reserved. No part of this book may be reproduced in any form or by any electronic or mechanical means, including information storage and retrieval systems, without permission in writing from the publisher, except by reviewers, who may quote brief passages in a review. Scanning, uploading, and electronic distribution of this book or the facilitation of the same without the permission of the publisher is prohibited.

Please purchase only authorized electronic editions, and do not participate in or encourage electronic piracy of copyrighted materials. Your support of the author’s rights is appreciated.

Any member of educational institutions wishing to photocopy part or all of the work for classroom use or anthology should send inquiries to Permissions c/o Quercus Publishing Inc., 31 West 57th Street, 6th Floor, New York, NY 10019, or to
[email protected]
.

This book is a work of fiction. Names, characters, institutions, places, and events are either the product of the author’s imagination or are used fictitiously. Any resemblance to actual persons—living or dead—events, or locales is entirely coincidental.

To Simona Mammano, for her valuable advice, to Girolamo Laquaniti for having told me a lovely story to Ilde and the “girls” at Frassinelli publishers.

The maresciallo (carabinieri) and Commissario Soneri (polizia) can only be coordinated by the questura, otherwise they report to different ministries. As to the different hierarchies, the maresciallo is a rank below the commissario.

THE PAOLOTTI TOWERS
and the bell towers of the Cathedral and San Giovanni were gradually disappearing under a blanket of mist, their outlines dissolving. It was like an evening from times gone by, before the seasons blended into one another, an evening when the city wrapped itself in a misty shell, when it seemed suddenly familiar again and the noise, bustle and frenzy died down. In the enveloping mist, Parma had stopped yelling and had taken instead to whispering, like an old lady in church.

Soneri was strolling through the streets, in the grip of a not displeasing nostalgia. Each step summoned up a litany of memories: the university, rushing along Via Saffi, and Ada, lost too soon. He stopped in Piazzale della Pace when he could no longer make out the austere lines of the Pilotta or the houses in Via Garibaldi. There was now nothing to be seen but mist, ahead, behind, beside, above. The only sure thing, and a fleeting one, was the pavement on which he walked. Then his telephone rang. Life, illusory and deceptive life, was reaching out to him.

“Am I interrupting something, sir?” Juvara said nervously.

“Not at all. Just imagine that you’ve grabbed me by the hair of my head a split-second before I fell down a well.”
The words were so gnomic that Juvara had no idea how to respond. “So what is it?” Soneri added.

“There’s one hell of a pile-up on the autostrada, a near catastrophe …”

“You get catastrophes in other places apart from autostradas. And you tell me it’s only a
near
catastrophe …”

“Alright, an accident. A really nasty one. More than a hundred cars, lorries, some on fire …”

“O.K., so you’ve alerted the traffic police, no doubt?”

“No need … they’re already on the case.”

“Good. So everything’s in order?”

“No, not entirely …” the inspector stuttered.

“The questore has asked if one of us could go along. Somebody’s been on the telephone to say that some gypsies are wandering about among the cars, stealing things.” Juvara was struggling to get the words out.

“Why doesn’t he send in the flying squad?” Soneri said with some feeling, but at the same time he was aware of a need to escape from loneliness and the trap of nostalgia.

“He already has, but with the mist the way it is … well, the fact is, they can’t find the place. There’s no-one on duty who knows his way around the Lower Po Valley.”

Soneri felt a threat taking form somewhere above his head, like a coiled spring about to snap. Instead, it was he who snapped as he turned in the direction of the Steccata.

“Where is this place?”

“Near the service area at Cortile San Martino. There’s a road running alongside the Autostrada del Sole.”

“I know the one. What about the flying squad?”

“They’re driving around in circles. The questore says you’re the only man who knows the roads well enough … the only one in Parma.”

“Fetch the car and pick me up in the piazza in five minutes.”

Juvara was unable to find him. The commissario had to wave his arms and jump over the chain between the columns to attract his attention.

“I’ll drive,” he said the moment the inspector rolled down the window. “With you at the wheel, the best we can hope for is to end up in a ditch.”

Juvara did as he was told, with some relief. “I had a problem getting out of the gate at the police station,” he mumbled, as he got into the passenger seat.

“That’s why you never land a girlfriend. You’re hopeless.”

Juvara smiled awkwardly and said nothing, relaxing only when Soneri gave him an affectionate poke in the ribs as he settled behind the wheel.

The mist rose over the bonnet of the car. As they left behind the creamy light of the street lamps and moved into the narrow country roads they were plunged into a near impenetrable darkness.

“You can see why they couldn’t find the place,” Juvara said.

“On a night like this, everybody should stay at home, preferably in front of a roaring fire, better still with a cat on their lap. Think of all the great opportunities we miss. But, maybe it’s just as well,” Soneri said, thinking back to his earlier nostalgia trap.

Juvara looked at him uncomfortably, making no reply and staring tensely at the road, or at the little he could see of it, which was hardly more than two metres ahead. “Even if we do manage to find the place, with all this mist about, how are we going to catch the people we’re after?”

“O.K., one thing at a time. Let’s concentrate on finding the right road,” the commissario said curtly. Whenever more serious subjects came up, the inspector was quickly out of his
depth. It was impossible to know if it was due to indifference or shyness. Or maybe it was on account of his youth. When Soneri had been thirty, what did he care about weighing up choices or roaring fires at home?

They drew up at a fork in the road where there were no signs. Soneri was not sure which was the right way, but some instinct made him turn to the left.

“Might be this one. Who knows?” he muttered to himself.

They carried on for a few hundred metres until they heard a menacing roar in the darkness, like the despairing bellow of an animal in the slaughterhouse.

“Did you hear that?” Juvara said, sitting bolt upright as the figure of a bull came into view in the fog lights.

“Yes, and we’re on the right road,” Soneri said.

The animal must have weighed several hundred kilos but seemed more apprehensive than aggressive. The commissario noticed Juvara take hold of his door handle and stiffen up.

“Relax. He’s vegetarian. Even if there’s a lot of good eating on you, it’s of no interest to him. Be careful not to upset him, though.” Soneri laughed as he flashed the lights at the bull. The beast turned lazily to face them, before lumbering off with his great scrotum swinging between his legs.

“What did you expect? He’s not like our dear Chief, Capuozzo.”

They drove on in the mist from which emerged bellows and cries like the pleas of orphans at night. They caught a second bull in the headlights, its tail raised as it trotted across the road.

“I thought they were less dangerous,” Juvara said.

“You’re thinking of limousines, and even there I’m not so
sure. Think of what happened to J.F.K., not to mention all the Cosa Nostra men who’ve met their end in one of them.”

They came across an enormous cow, which began to moo as they drew up close. “She’s going to have a memorable night of passion, with all those bulls on the loose,” Soneri chuckled.

“So long as they find each other.”

They continued on their way until the mist took on a yellowish tint.

“It’s either a motorway café or a hypermarket,” Soneri said.

They stopped at another fork in the road. Everything around them was the colour of moscato wine. The engine was just turning over, allowing them to hear the rhythmic strains of a primitive, metallic music, heightened by the mooing and pawing of the bulls running free in the mist. When the commissario rolled down his window to look out, the interior filled with the acrid stench of burning. “Roasted tyres on the menu,” he said, swerving to the right in the direction the smell seemed to be coming from.

“We’re near the accident,” Juvara said.

“What about those bulls? Where did they come from?” the inspector said, apprehensive once more.

“Am I right in thinking that you suspect that they were on a lorry which crashed into another vehicle?” Soneri said in the same ironic tone as before. “Disasters can sometimes give rise to liberation.”

There were now black streaks in the mist, and the smell of burning was even more pungent. The commissario leaned forward and looked upwards through the windscreen. The sky had the appearance of a huge peroxide wig with darker
patches. He turned to Juvara, who looked as amazed as a child in a fairground. Ahead of them a herd of pigs was clustered together, as though homesick for their sty. Meanwhile a horse, bringing its own aura of mystery, galloped past through the darkness which was now filled with plaintive animal cries.

He was answered by a neighing sound somewhere in the surrounding darkness, but almost at the same time they became aware of a flickering brightness on their left which had the colour of a good Lambrusco. The sight disconcerted the commissario, who stopped the car.

“That’s impossible. The autostrada should be on the far side.” It was the only thing he seemed sure of. He remained silent for a few moments, trying to get his bearings. He was lost and floundering, overwhelmed by memories of the days when he had walked those remote roads on the plain searching for isolated spots. The past was yet again taking hold of him and this time the memories were the names of girls with whom he had long since lost all contact.