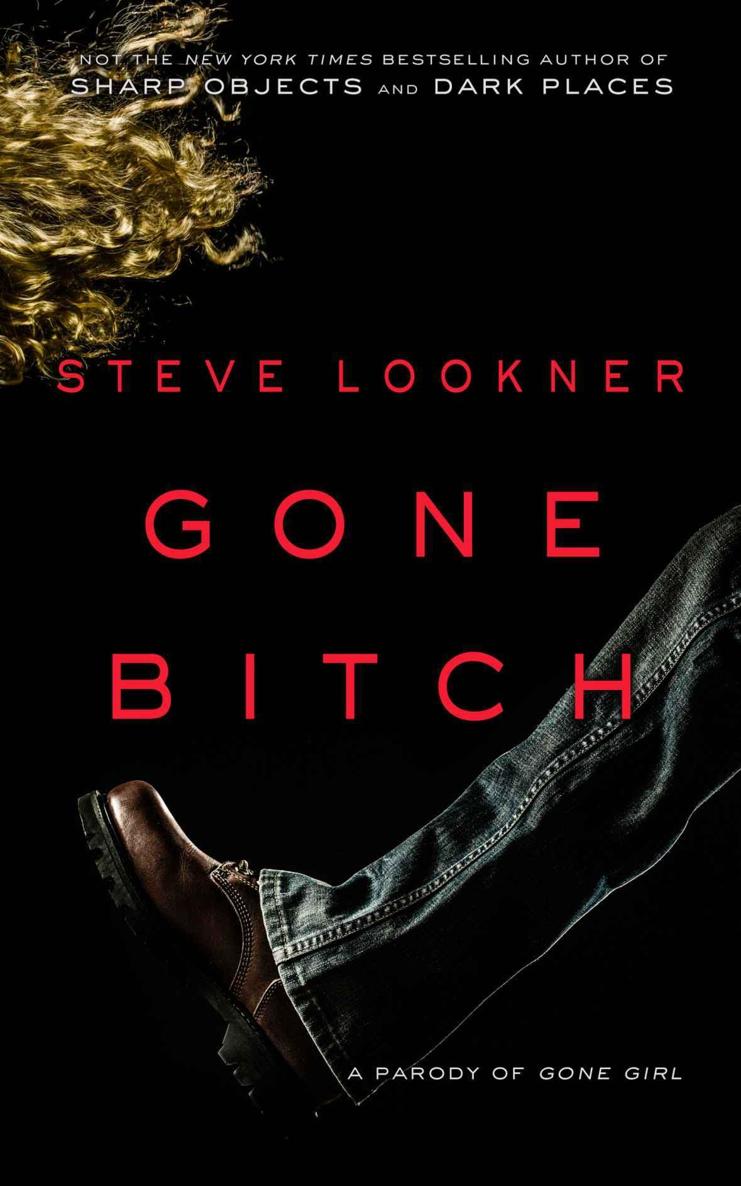 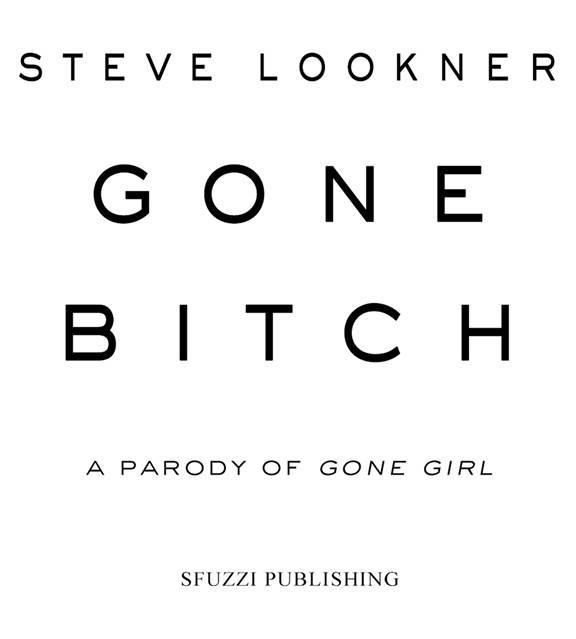 All rights reserved. No part of this book may be reproduced, scanned, or distributed in any printed or electronic form without permission.

This book is a work of fiction. It is a parody of the book
Gone Girl
. The events depicted in this work are fictional creations of the author, and any resemblance they have to actual events involving actual people is unintentional and purely coincidental.

Special thanks to John Owen

NICK DUNNE: The Night Of

AMY ELLIOTT DUNNE: The Day Of

AMY ELLIOTT DUNNE: The Day Of

Part Three: BOY GETS BITCH BACK (OR VICE VERSA)

NICK DUNNE: The Day of the Return

NICK DUNNE: The Day of the Return

AMY ELLIOTT: One Year After the Return

About the (Real) Author

What do I think of when I think of my wife? Hmmmm, that’s a tough one. Because I try not to think about her at all. Why? Because she’s a total bitch! “Yeah, right,” you say, “every husband thinks his wife is a total bitch.” Perhaps. But my wife is a bigger bitch than any of them, the biggest bitch in the history of bitchiness. Don’t believe me? Once you hear my story, you will.

My story begins on a hot July morning in 2012. I woke up at 6 as usual, walked downstairs, and took the canoe to fetch the morning paper.

Okay, I guess I should explain that.

When my wife Amy and I moved to Missouri, we were in kind of a rush, so I did my house search entirely on Craigslist without actually visiting. I figured I’d stick to places where the ad had a lot of photos and a virtual tour, because how different could the place really be when we got there? So I found a listing for a “charming 3BR on the Mississippi River,” and it had like a hundred fifty photos of the inside of the place, and everything was just upgraded and the appliances were new, and I mean, it was
on the river
, how cool is that? So I took it. What I didn’t realize, however, is that while the house was originally built “on the river” as in
overlooking the river
, during the last century the river has shifted, so that the house is now “on the river” as in
in the river
. The only access to it is via canoe ride from the shore.

So that’s why I had to take a canoe to fetch the morning paper.

I bet you think you know what my wife did when we first saw the house in person. You think Amy went nuts and yelled at me and told me what an idiot I was. But actually, that’s completely wrong. Amy was
overjoyed
when she saw the place, because she knew that every single day we lived here, she’d have something to criticize me about. Think of all the time I just freed up in her life! As a hot girl, she was going to have to find something to complain about every day anyway. Now all the work of figuring out what to complain about was pre-done. It was like someone coming up to you on the first day of college and offering to do all your homework and take all your tests the entire time you’re in school. Party on!

Looking back on it, I think Amy knew in advance there’d be a ton to complain about in Missouri, and that’s the only reason she agreed to move there in the first place. We’d been living in Manhattan in the unfathomably expensive West Village condo Amy “owned” (i.e. had been bought for her by her parents), supporting ourselves on “Amy’s money” (i.e. the money given to her by her parents). Originally we’d also been living off of some of my income, when I was a working writer. I wrote greeting cards —
real
greeting cards, not e-cards. Cards with
real writing
on them with
real sentiments
and
real jokes
, not just singing animated cows or singing animated tulips or singing animated whatever.

I specialized in cards for dads. Really funny ones. You know that awesome card you bought your dad for Father’s Day ten years ago? The one that said on the front: “Dad, for Father’s Day I got you something for your favorite chair,” and then inside the card was a drawing of a dad sitting on a toilet with a beer dispenser next to the toilet and a caption that said: “Just remember, no drinking while wiping!” I wrote that. You’re welcome. And I probably wrote every other card you bought for Father’s Day or your dad’s birthday from 1999 to 2010.
If
that card was really funny.