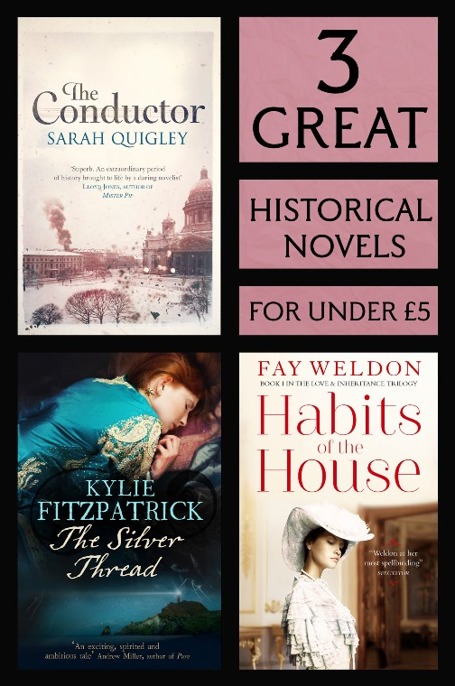 3. Habits of the House – Fay Weldon 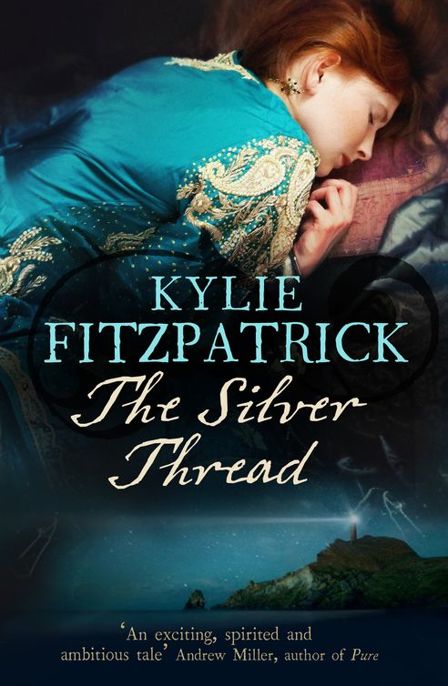 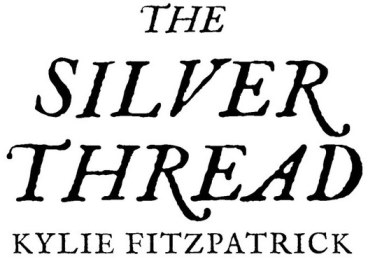 For my parents, Philippa and Bryon, with love. Silver Thread.

The Way of Heaven is to benefit others and not to injure.

The grey walls of Millbank receded until they were a dark huddle on the edge of the world. The sun spread across the water, refracting into shards where their oars dipped.

A light that would leave scars.

The Thames snaked towards the sea, carrying the procession of rowing boats, in each a huddle of silent women. The last boat was piled with luggage of modest proportions; canvas sacks, wicker baskets and battered hat boxes. And a single trunk.

The small liberties of freedom – a walk to the market or an idle afternoon in the sun – were hopes once. Now a length of ribbon would seem like freedom. Still, what could be worse than Millbank prison?

For those who had left their children, there was only the grief. Against this, the guilt of any crime was incidental.

At the mouth of the river the currents collided, creating ridges of tidal water frilled with dirty foam. The Thames was opening to the sea. The white water churned like a bilious stomach. Behind the boats, the rising sun traced a copper edge along rooftops and chimneys; a burnished London; a trick of the light.

There was time for one last glance at the receding city; a moment to take in its outline and shape. Once the entire world, London now looked no larger than a page in a picture book, and so pretty that it might be the Otherworld.

All of a sudden the light changed, revealing the new factories along the banks, their chimney stacks exhaling wraiths of smoke, their pipes leaking into the inky river.

Ahead of them lay an unfathomable voyage and a land beyond the seas. This farewell to London might be for ever. Now, there was only the sea, and the shadowy form of a ship appearing through the fog. Drawing closer still, they could read the name painted at the towering prow of their new prison.

I am told that in your country, opium smoking is forbidden under severe penalties. This means that you are aware of how harmful it is. So long as you do not take it yourselves, but continue to make it and tempt the people of China to buy it, such conduct is repugnant to human feeling and at variance with the Way of Heaven.

‘Your country lies 20,000 leagues away; but for all that, The Way of Heaven holds good for you as it does for us, and your instincts are no different from ours; for nowhere are men so blind as not to distinguish what brings profit and what does harm.

From a letter to Queen Victoria from
Imperial High Commissioner Lin Zexu, 1839

Through the strength of heaven;

Do not think of him.

Rhia had been not thinking about William all afternoon and it showed. She squinted: the pattern was crooked.

Everything was out of shape lately.
Serpentine
, Mamo would have said.
Life does not always beat an even rhythm, Rhiannon. It meanders like chords on a harp.
The resonance of the old woman’s voice seemed to move the air. She could almost be in the room. Rhia let her paintbrush drop into the tray. She had tried to resurrect the pattern all afternoon and it still looked as wrinkled as silk moiré. Now the light was only fit for catching swirls of dust, the sun so low that it filtered through the canvas, making her pigments as translucent as coloured glass.

She blamed William. He should not have called.

It could have been a day given, with the front room all to herself and nothing to do but paint. It could have been. The question was, would her father understand that she’d had to tell William what had happened in Greystones all those years ago? It was unlikely.

To Connor Mahoney, truth was a holy thing. So was chastity. And marriage. This was the kind of rhetoric he had brandished since Rhia was old enough to irk him. She had always been expert at it. She understood, now, that it depended on the nature of the truth, and that discretion outranked honesty. Sadly, she possessed neither.

A carriage bell tinkled and, not for the first time that day, Rhia wished herself in Greystones, walking barefoot on the shale, listening only to the sea and the gulls.

Rhia removed her smock. She paced to the front window. She smoothed her hair in its reflection and paced back to the fireplace. There was absolutely no need to tell him that she had upset his cherished William. It would all blow over and they would be married next February as scheduled. The time for having a say in such matters was past – the fact remained that no one else had offered. The fact remained that she had not fallen in love.

Or else, she had not fallen for love.

Rhia shivered and cast about for her shawl. The air had moved again.

Connor Mahoney’s voice murmured in the hallway, talking to Hannah. Rhia retrieved her shawl from the floor and turned to the fire, her back to the door. She softened her gaze, looking for shapes in the flames, dancing like dervishes. She willed them to lend her their grace. Rhia could sense her father’s
mood through the wall. He was unusually irritable lately. This was most definitely not the time to tell him that she had insulted her fiancé.

Strange how you could tell someone was angry with you just by the way they spoke your name. She could think of nothing she had done to rile him lately.

His jaw was squared for a fight. His anger made him look old and ugly, though his frame was trim and his thick hair still as bright as copper. He snapped a folded piece of paper at her. ‘I’ve had a letter from William.’

Rhia had not expected this. ‘From William?’ Her voice sounded high and unnatural. The letter must have been written as soon as he had left her.

‘He has withdrawn his offer,’ said her father.

‘Withdrawn his—!I am to be …’ Rhia strode to the door and back, smashing a pipe dish to the floor with her skirts. She took a breath. ‘I am not a
property
,’ she spat. The flames had lent her nothing. She clenched her fists, took another breath and suddenly felt like laughing. She lowered her eyes and stared hard at the pattern on the Persian rug. It only reminded her of her failed painting. Persians could design patterns fit for the feet of a goddess.

‘Until you are married, you are
as my property,
and I will not have you become a burden on this household.’ He was almost choking on the words but they hit their mark. He had never called her a burden before. He would regret it, she thought, though with almighty self-restraint she held her tongue. She would say the wrong thing and he would see that she was unrepentant – relieved rather than ashamed.

He paced between the cutting table and the wall of shelves where the cloth was stored, his hair falling across his spectacles, his cheeks hot with emotion. He was not finished. ‘You should have been married years ago, and now I wonder if anyone will have you.’

Rhia had wondered the same thing herself.

He stood with his back to her, talking to the bolts of fabric. ‘William O’Donahue is a respectable and successful merchant. He would have been a great asset to this family – to the business.’

Rhia flinched. Restraint be damned. ‘Is that what this is about? The
business
? William is a dullard who does not dare to wed a woman who is cleverer than he. I’m
glad
I need not see his face each day!’

Her father spun and glared at her, his eyes burning. ‘I did not raise you to have opinions! If it were not for your … were it not for your mother’s family, then you would be like any agreeable Dublin girl. Instead, you read the papers and tour the city like a milkmaid. I see now that you have deliberately offended William in order that he be forced to cancel the engagement. What in tarnation did you say to him?’

What It Takes by Jude Sierra
A Short History of Chinese Philosophy by Yu-lan Fung
Secrets of the Hollywood Girls Club by Maggie Marr
The Shattering (Guardians of Ga'hoole) by Kathryn Lasky
Inquest by J. F. Jenkins
My Hot Holiday by Kate Crown
A Touch of Betrayal by Catherine Palmer
Chronicles of the Lost Years (The Sherlock Holmes Series) by Cooper-Posey, Tracy
Highway Cats by Janet Taylor Lisle
Star Wars Episodio V El imperio contraataca by Donald F. Glut