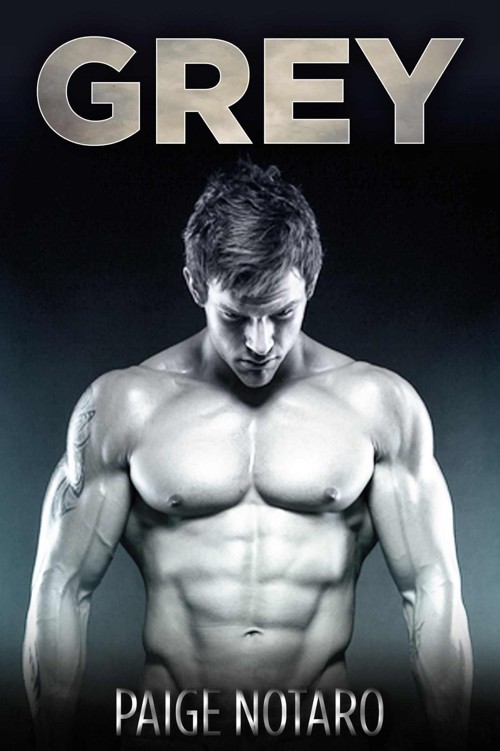 All rights reserved. No part of this book may be reproduced or copied without the express written consent of the author. This book is licensed for personal use only.

I love hearing from fans!

Here’s how you can reach me:

This book is dedicated to my loving family who suffer through my long silences and then sudden bursts of excitement as I’m about to publish.

Most of all it is dedicated to my fans. Your support and sweet messages have given me more joy and pleasure than you can ever know. Thank you!

The words echoed in the silence.

I read the tattoos off Vaughn’s chest, the cryptic numbers and the pointed crosses, now full of new blurry meaning.

Vaughn watched me, silent, as if waiting for me to make sense of the jumble he had created – as if that was my job. That made me angrier than anything else.

My arm stiffened, ready to lash out on his cheek, but Darryl’s impatience beat mine out.

“Fucking trash,” he growled. He whirled Vaughn out from in between us, back on the floor. Vaughn staggered back, his long arms out for balance. He managed to stay standing, but Darryl was already plunging towards him, fist pulled back.

“Darryl, no!” My hand landed on his curled hand, a ribbon holding back a piston. His muscles seized. The two men stood huffing at each other.

I took the second to whisk my panties back on, but by then Vaughn was stepping in, a cloud of rage over his face. I dashed around my brother and got in the way of his arm.

“Vaughn, what the fuck?!” I screamed with all the force I had intended for him earlier.

He blinked a couple times at me. His eyes lightened. “He started it,” he muttered finally.

I shoved a palm in his chest, but it did nothing to budge it. I felt the crack between the vast and familiar ridges of muscle, and a strange burst of heat overcame me even amidst all my anger.

Sweet Jesus, had it even been a minute since this touch would have taken the two of us somewhere else? What was happening now?

“I didn’t do anything but treat you right,” Vaughn said.

“Does that matter? You just admitted what you are.”

His defiant look didn’t go away, but it couldn’t meet me anymore. “I ain’t just that.”

Darryl tensed at my back. “Oh no, shithead? You ain’t the marks you fucking choose to put on your skin?”

“What about me?” I said. My rage burned out and my voice fell towards sadness. “Can I choose to be more than my skin?”

Vaughn staggered back as if my words had hit him. His eyes swam over my body, over the large expanses of dark skin still on display past my lingerie.

He couldn’t lift his head at me - at either of us. His face had a twisted look as he searched the hardwood floor. Despite it all, the sight of him like that made my heart ache. I wanted to rush in, to help. Not being able to, somehow made me sadder than the reason why I shouldn’t.

He looked up at my voice, poring over my face as he had over the floor, still searching for answers.

Darryl condensed back to granite behind me. “Not another fucking inch,” he growled.

Vaughn froze, looked from him to me, as if I were his absolution. His bare white chest glowed in the warm room light, the ink looming out dark and angry, all the sharp edges of it bright and distinct.

He stood blank, licking his lips. Bit by bit, the spark behind those pale eyes dimmed out. He held up a hand.

“Give me my clothes then.”

Darryl sent them howling over my head, aimed at Vaughn’s feet, but he scooped them out of the air. Still facing us, he slid into his jeans and tugged his dingy white top over the chest that had broken us. The leaves rustled outside, long and impatient, and inside we just took deep pulls of breath and observed each other.

He nudged his jacket on over his shoulders and zipped it up. The white skull gleamed out at me, chattering with amusement.

Subtle enough to trick me, but I saw the truth now: Storm’s soldiers. SS. It had all been there in front of me.

He nodded at me once, then opened the door and slunk out into the night.

I sat down on the piano stool. My body still lay bare but for my lingerie, but I couldn’t stand the idea of tugging back into that tight white dress.

I shoved his stomach with both hands. It did nothing, but he obliged me and took a step back.

“Easy girl, don’t unleash that anger on me.”

“I’ll do whatever I damn well please.”

He crouched down into my view again, managing to look pissed and concerned all at once. “Are you really fucking mad at me?”

I was mad at everything. Vaughn, myself, him. Tara for not being here. The door for not locking itself when Vaughn had come in. “Why do you just pop by without calling?”

“Well, shit, cause you seemed to be fond of my visits before. Didn’t think I’d catch my baby sister with a racist dick in her mouth.”

“Oh, god. Why’d you have to go mention that?” I could almost taste Vaughn, still hear the content sounds I made as his peach flesh thrust into me. I wanted to retch.

“It ain’t something I’m likely to forget.”

He shivered and popped back to his feet. His hand landed on my head. “Listen, I’m sorry it happened like that, but fuck, I ain’t sorry that it happened. Did you want to go on seeing a skinhead?”

His light touch soothed the self-loathing out of me. I shook my head.

I did not want to date a racist.

But sitting there, I couldn’t quite understand why that meant I could no longer see Vaughn.

The night passed in tears and ice cream. Darryl took off after bringing me a vat of mint chocolate-chip and giving another gentle brush of my forehead. There was nothing more he could do but save me from the memories his presence brought back.

I woke in a sweat several times that night. Even after light started to hit my tired eyes, I didn’t actually get up until it was noon. Lucky thing I had no class. Then again, it would have given me something else to think about.

I muddled through a lunch of canned soup, taking my sweet time and mostly feeding uneaten spoonfuls back into the bowl. The annoying part was I couldn’t really understand why I felt so glum.

There were the obvious reasons: the shame of being caught, the embarrassment of dating a racist when it was right in my face, the memories of all the countless times I’d let him take me in the past.

But that sort of darkness I knew not to hold onto. We’d grown up poor. I’d tucked my head down through plenty of name calling at school and done plenty of things that I wasn’t terribly proud of later.

The feeling running through me now was something I had little experience with. It felt an awful lot like loss. Like a piece of me had fallen out and left a gap where a future had been building itself.

Vaughn and I had done little more than have sex. Intense, sweaty sex that left our bodies lingering on each other, but still, there was nothing else there. We weren’t dating. This wasn’t even a breakup.

So why did it feel as bad as any I’d had?

I let the spoon plop in the mostly full bowl and lounged in front of the TV. The screen blared in front of me, and I put on my favorite comedies but the words ran through my head without much meaning. I flipped stations aimlessly until I finally landed on the History channel. It was black and white and about Hitler, of course. That era wasn’t anywhere near my focus at school, but it was enough to capture my attention.

This was Vaughn’s spiritual forefather. His tattoos directly sang praise to the monster screaming in German on screen. This was a guy who had gassed eleven million and started a war that led to many million more deaths on top of that. Why should I mourn for a guy who wanted to be associated in any part with that?

The sadness churned to bile in my mouth for a while, but eventually it sank back into a general gloom. Whatever Vaughn’s reasons for wearing that symbol, he had never mentioned it in his time with me. It didn’t matter in the context of us.

Not that there was an ‘us’ anymore.

The grey cloud hadn’t lifted off my head by the time I slouched into work that evening. The bar was busy for a Sunday night, but I could only crawl around. Even then, I messed up more than one order.

“You trying to get free drinks or something?” Jeannie asked after I came back for a redo on my third screw-up. “All you need to do is ask if you want something to drink.”

“I don’t want free drinks,” I told her, slipping a dark lager back on the bar. “You know I don’t like porters anyway.”

“I’m starting to realize my knowledge of your tastes may not be right.”

I stared at the empty corner booth by the pool tables. “Well, I’m starting to think the problem
is
my tastes.”

“Mmm.” She handed me the correct drink and gave my grip a squeeze. “So that’s what up.”

“Aw, I’m sorry, honey,” she shrugged. “But I did tell you that guy was trouble.”

“Well, live and learn right? You can tell me all about it after we close up.”

Jeannie’s face stood plain and eager. She almost never went out with us on account of having a kid and all. This was quite the offer. Only, my story was almost too embarrassing to share.

I handed off the fixed drink with my apologies and let myself sink into the bustle. Word of my condition spread quickly through the staff and Marissa and Kiera both offered sympathy hugs when we linked up at the bar.

My creeping guilt came back at this tenderness. I shouldn’t need this show of support. Even if I did, this misery had built up on the back of my foolishness and ignorance. Sure, I wasn’t caught up on my racist symbols, but god knows the other signs were there.