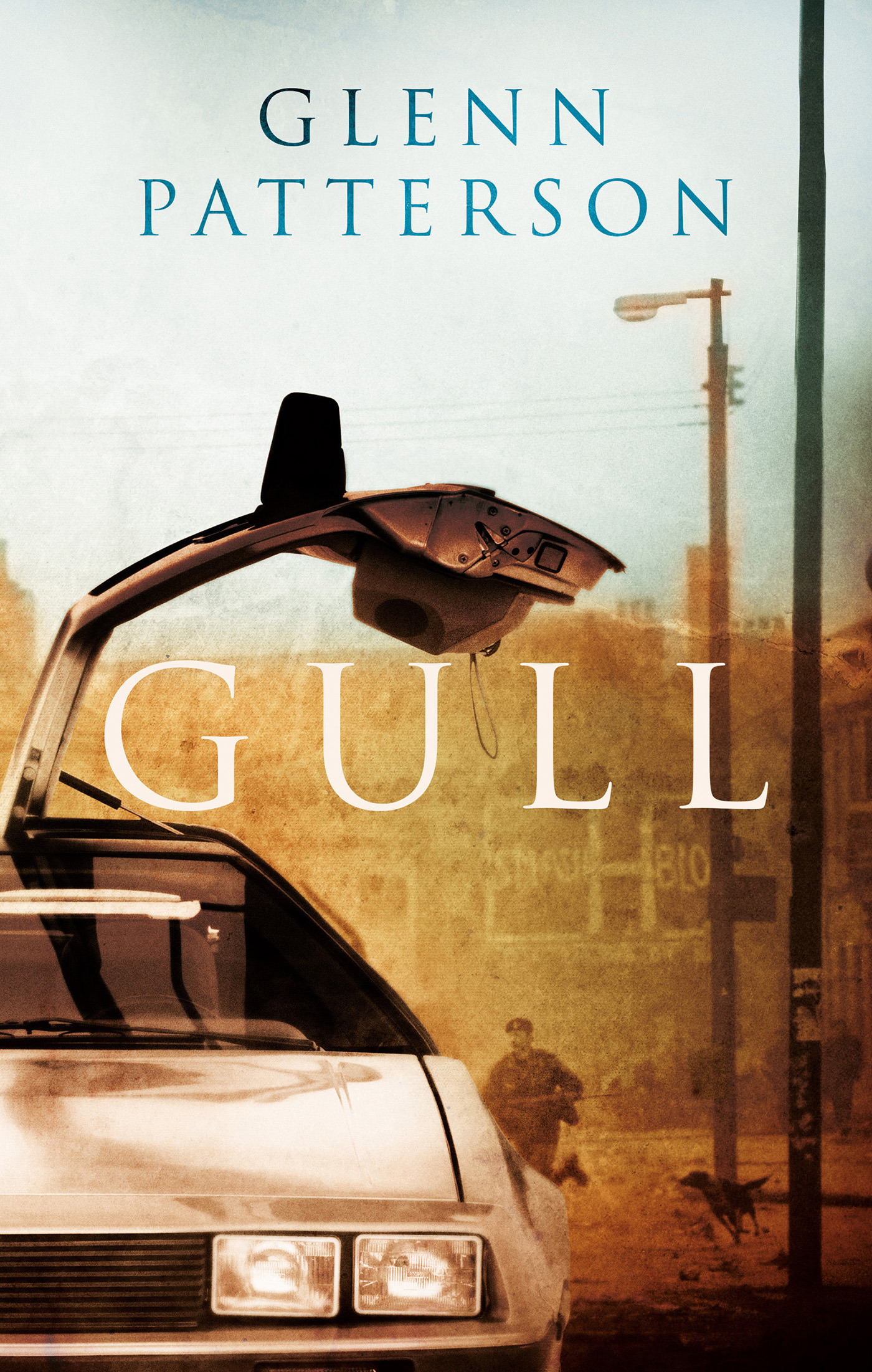 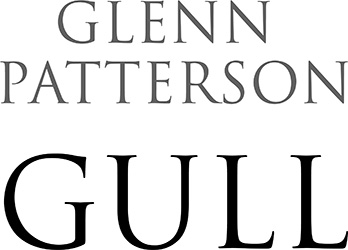 For CC – co-conspirator and friend

I made this all up, apart from the bits you just couldn’t.

Whatsoever thy hand findeth to do, do
it
with thy might; for
there is
no work, nor device, nor knowledge, nor wisdom, in the grave, whither thou goest.

For we wrestle not against flesh and blood, but against principalities, against powers, against the rulers of the darkness of this world, against spiritual wickedness in high
places
.

On the morning of the day it all ended, Randall stumbled out of the elevator on the thirty-fifth floor of 280 Park Avenue to find Carole, DeLorean’s secretary, holding the outer-office fort on her own.

She came round from behind her desk as he passed at his best, jet-lagged version of a run.

‘You missed him,’ she said. ‘He left for LA forty minutes ago.’

Randall thought of the delay before take-off on the runway at Shannon, the longer than usual lines at passport control on landing in New York.

Another day he and DeLorean would have been standing here laughing at how close they came to missing each other. Instead their cars must have passed somewhere on the Van Wyck Expressway north of JFK.

‘Mr Hoffman called first thing to fix a meeting,’ Carole said, and Randall’s legs went from under him.

Already in Belfast it was mid-afternoon. Liz sat on her bed listening to the pips for the three o’clock news: one hour until the boys got home, two hours until Robert did, four hours, said the newscaster, until the deadline expired on the DeLorean Motor Company Limited. Either John DeLorean came up with £10 million by seven o’clock this evening or the factory at Dunmurry would cease to exist.

Liz reached under the bed and pulled out a suitcase, dust all over the top.

She set it sideways on the bed, snapped the locks (dust all over the bedspread) and began to pack.

The last hanger she dragged up from her – left – side of the wardrobe had her spare overalls folded over the horizontal bar. She thought a moment then packed them too, DMC crest up. You had to have at least one thing to remind you. She pushed down the lid of the suitcase: snap, snap.

She was out of the room before she remembered she had left the radio on. She didn’t go back.

Randall leaned for support on DeLorean’s own desk, next to the bust of Lincoln. He had driven through the night to make the flight and had not closed his eyes between the first fasten-seat-belt sign and the last. He took from his inside pocket the envelope Jennings had given him before he left Belfast, dyed pink now from contact with his shirt, his sweat.

Here and there about the room, paintings taken down in the move from the forty-third floor were stacked against the walls. Only one had so far been rehung, next to the spade that forty-eight months before had broken ground in a Northern Irish field: a not-quite-life-size photo of DeLorean, kicking through the surf, holding his infant son’s hand. A caption ran along the bottom, Joni Mitchell, ‘Both Sides Now’,
It’s life’s illusions I recall...

Commit all this to memory, Randall told himself: Lincoln, the photo, the ground-breaking spade, the stacks of paintings, the brass telescope in the corner, pointed at the ceiling, as though to track the distance already fallen.

He was pretty sure he would never set eyes on any of it again.

He had first set eyes on John DeLorean ten years before, at the 1972 Chicago Auto Show: the launch of the ’73 Chevrolet Vega. Randall felt an almost sentimental attachment to its predecessor, the ’72 being the car on the cover of the copy of
Motor Trend
that he had bought on the way to his interview at the auto pages of the
Daily News
(RIP). Pattie had spotted the ad. Randall until that moment had had no particular interest in cars. He did not even at that stage of his life own a car himself (a bone of contention with Pattie). But he had begun to drift a little, he knew that without Pattie having to tell him, and now there was a baby on the way and the
Daily News
auto pages was the first opening that presented itself, or that was presented to him, on the breakfast table, circled in red.

‘Tell them you used to write for your college paper,’ Pattie said.

‘About track, and even then I didn’t understand half of what I was saying.’

‘Can you tell us,’ the chairman of the interview panel asked before Randall had a chance to say a single word, before he was even settled in his seat, ‘the name of the current Car of the Year?’

Randall hesitated, wondering if this was not in fact some kind of a joke, if the panel had not – don’t ask him how – watched him from the moment he stepped out of the drugstore on Wabash, all the way up here in the elevator, reading his magazine, stuffing it in the wastebasket only when he arrived in the corridor leading to the candidates’ waiting room.

‘The Chevrolet Vega?’ he said.

The chairman looked to the men sitting on either side of him. His left eyebrow curled itself into a graphic surtitle of disdain, for everyone, it seemed, bar Randall himself. ‘You would not believe,’ he said, ‘how many people coming through that door today were unable to tell us even that.’

Randall shook his head: the chairman was right, he could not believe it.

And so there he was, four months on, an Auto Show virgin in the vastness of McCormick Place, beyond Ford and Dodge, their Pintos and their Demons, looking over the shoulders of more seasoned reporters at the dais on which the ’73 Vega stood, still under wraps, while before it a comedian who had had a couple of Hot 100 novelty hits in the early sixties tried to wring every last drop of drama out of the moment. (He had already, judging by his patter, given up on the humour.)

‘Folks! Folks! I know you are all as impatient as I am to see what is under these covers, but bear with me, bear with me, I guarantee you, you will not be disappointed.’

A flashbulb ignited, perhaps prematurely, but the comedian turned on it anyway his once instantly recognisable slantways smile.

And now the cameras flashed in good and earnest as he strode out, pale grey suit, sky blue shirt, blacker than black hair, frowning, as though burdened by the increased weight of expectation, a very tall young woman – with heels, nearly as tall as him, which was saying something – on each arm.

A reporter in front of Randall took the cigarette from his mouth to bark into his friend’s ear beneath the whistles and the cheers. ‘What year would you say
they
were, ’53, ’54?’ The friend closed a red-rimmed eye, assessing. ‘Fifty-two at the outside.’

The young women stationed themselves on either side of the car while DeLorean raised his hands to still the audience.

‘Thank you, Bob,’ he said with a backward glance (the slantways smile turned sheepish), then facing forward once more, ‘and thank you all.’

The voice was deep, drawly, the mouth from which it emanated a little downturned towards his slab of a jaw.

‘A head of division is really only as good as the team he has around him.’

The friend of the reporter in front of Randall cupped his hands about his own mouth and earned himself a few laughs, hollering, ‘Come on, John, don’t be getting all modest on us.’

Up went DeLorean’s hands again. Up briefly went the corners of his mouth. ‘No, no, it’s true, I am blessed with a great team at Chevrolet who have all been hard at work with me the past twelve months trying to improve on the ’72 Vega. Now, some companies with a Car of the Year on their hands would be content with a tweak here and a tweak there, but at Chevrolet we don’t believe in resting on our laurels – I believe that’s the polite word for it – we keep looking to the future, and for the brand new Vega my team have come up with – wait for it – three hundred improvements, friends: three, zero, zero.’

All around Randall reporters were scribbling in notebooks, although he had not heard anything yet that could not be carried in the head.

‘But what am I talking for?’ DeLorean said, hamming it a little now. ‘Why don’t you have a look for yourselves?’ He half turned to the young women. ‘Will we show them, ladies?’

As one the two of them bent low, grasping opposite corners of the sheet covering the car, and as one they rose again and with three steps backwards laid it bare. Coupé. A blue so metallic it was practically neon, the body’s long, slow slope up from the trunk breaking like a dune at the top of the windshield, falling sharply to the hood, which curved away between raised headlights to the grille.

In style, in other words, not a whole lot different from half a dozen other cars on display elsewhere in the Convention Centre and – bar the finish and perhaps the depth of the bumper beneath the grille – to Lucas’s eyes pretty much identical to the photo on the front of the
Motor Trend
he had discarded on his way into the interview at the
Daily News
.

The reporters were writing faster, the photographers pressing closer to the dais. DeLorean was still talking.

‘Now I recognise a lot of the faces here at the front – you’ve been in this business nearly as long as I have. You boys remember what we did with the Pontiac back in the sixties. The Old Lady’s Car, isn’t that what they used to call it? Well they weren’t calling it that by the time we were through with it.’ No one ribbed him this time about that modest ‘we’, although they would have had greater cause to. Sure, there was a team there too, but he, John Z. DeLorean, more than any other person, had remade the Pontiac, and more than any other car the Pontiac had made his name. Even Lucas knew that. ‘The Vega’ – DeLorean had changed register again, this was the sales pitch – ‘is going to be for this decade what the Pontiac was for the last. Take my word for it.’