Read Gypsy: The Art of the Tease Online

Gypsy: The Art of the Tease 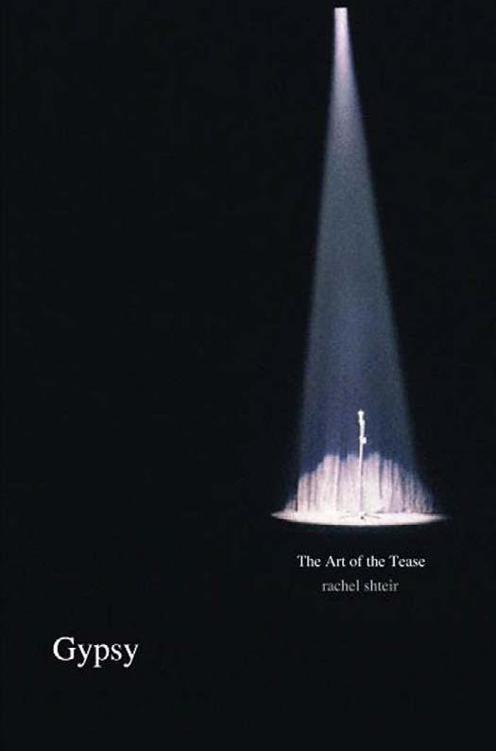 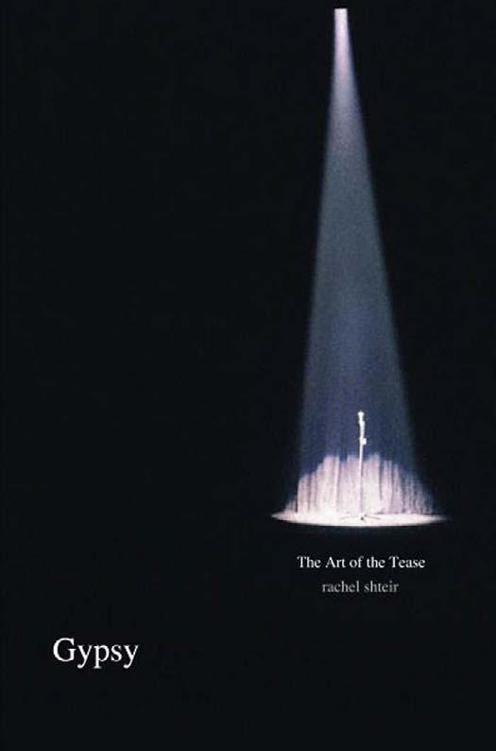 Disclaimer: Some images in the printed version of this

book are not available for inclusion in the eBook.

This book may not be reproduced, in whole or in part, including illustrations, in any form (beyond that copying permitted by Sections 107 and 108 of the U.S. Copyright Law and except by reviewers for the public press), without written permission from the publishers.

Gypsy : the art of the tease / Rachel Shteir.

It contains 30 percent postconsumer waste (PCW) and is certified by the Forest Stewardship Council (FSC).

I wanted to do business faster than the ordinary

The Queen of Striptease 31

To Hollywood and Back 83

The Rise and Fall of the Striptease Intellectual 103

Before the woman who became known as Gypsy Rose Lee ar-

rived in New York in 1930, striptease took place more frequently on tables in saloon backrooms or in whorehouses than on Broadway or in Hollywood. The police raided the burlesque theaters where strippers performed and arrested them for indecent exposure. Judges determined whether their dances violated obscenity laws and sentenced them to jail time. No one wrote about striptease in chic and serious literary magazines. Society matrons and debutantes never giggled at a striptease (nor tried to do one).

Nor did Broadway lyricists, Russian choreographers, or Hollywood screenwriters satirize taking it off.

After Gypsy’s triumph, striptease became more than a crime or a vice. It was now an ironic diversion for middle-class and 1

wealthy women, a sly commentary on the rags-to-riches myth, the sort of hoax that the
New Yorker
could write about as a universal ideal. After Gypsy, choreographers and lyricists punctuated the ballets and musicals with stripteases. Novelists used the stripper’s character as a metaphor for American life’s small injustices and hypocrisies. Comedians impersonated strippers and told tales about their dubious pasts. Striptease became a representative American act. Getting naked revealed an American truth. Stars and Stripes and Striptease forever.

Perhaps it is too much to pin all of these accomplishments on one woman, or to make the claim that this woman’s striptease (or any striptease) was iconic. But Gypsy was the only stripper of her era—of any era—to become a household name, to write detective novels and plays, or to inspire a musical and four memoirs (one her own), a portrait by Max Ernst, and a variety of roses.

Moreover, she was the only stripper whom intellectuals, bankers, socialites, and ordinary Americans adored.

How did she do it? For one thing, she turned striptease into what the scholar Robert Snyder described as “respectable thrills,”

meaning vaudeville acts teetering between prurience and good behavior. That Gypsy could make the act of undressing into such a thrill makes her a girl P. T. Barnum would be proud of in the now-you-see-it-now-you-don’t razzle-dazzle twentieth century American showbiz world.

daring to command attention and applause, and to reveal their identities, Gypsy used striptease. She transformed stripping into something more than the banal physical act of taking off her clothes by making it into a fable about her life.

Americans did not universally applaud Gypsy for her efforts. If one aspect of her status as an icon rests on admiration of her leap from rags to riches doing something as naughty as stripping, another depends on outrage at the same. During her lifetime, reformers and politicians not only continued to advocate for outlawing striptease, they blamed Gypsy for promoting it. It disgusted them.

But a puritanical attitude toward striptease is ultimately doomed. For one, the physical act of taking it off is associated, however loosely, with self-revelation—an American motif since our nation’s founding. If Gypsy’s rise struck reformers as immoral, to many writers, artists, and ordinary Americans it proved that fun and liberation from Victorian ideas had won. Gypsy: Robber Baroness of Undressing; American Libertine; Glorious Fake. This was also the first era in which people were, to use Daniel Boorstin’s conceit, known for being well known. That Gypsy started as a stripper and then became a joke, a millionaire, a writer, a legend, a brand, a mother, a saleswoman, and a recluse demonstrates her status as an icon, if taking off her clothes for 3

the American elite while making fun of them fails to accomplish this.

I had been mulling over Gypsy’s permutations and complications for ten years when, in 2004, I set off on a tour for my first book,
Striptease: The Untold History of the Girlie Show.
Gypsy had lurked at the heart of that book, although she ultimately played a relatively small role in it. What intrigued me was this: thirty-some years after Gypsy’s death, despite women’s liberation, the sexual revolution, and modern pornography’s ubiquity, her striptease and personae still interest American women as a physical act, a metaphor for self-revelation, a popular art, and a way to immorality.

What was Gypsy revealing, really? She taunted her audiences and readers, implying that she was about to tell all and then changing her mind. She did this in part by casting doubt on her own story’s credibility; for example, she admitted that she stripped for just fifty weeks altogether. And then she took it back.

In her act she seemed to veer away from admitting she was a fraud. If what she said was untrue, she could modify it. She saw herself as a work in progress.

So Gypsy’s striptease was no “ordinary” one by the standards of the day. It was less about sex than it was about class. Rather 4