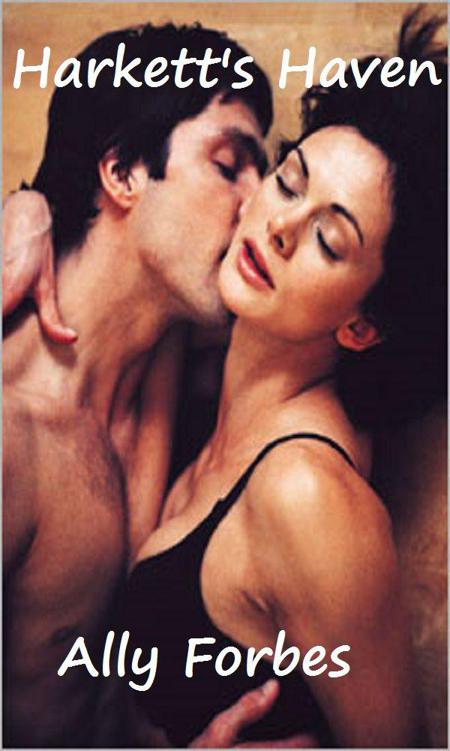 All rights reserved. This book or any portion thereof
may not be reproduced or used in any manner whatsoever
without the express written permission of the publisher
except for the use of brief quotations in a book review.

Rachel Somerville pulled her coat tighter round her body and wished she’d put on warmer clothes before she’d left home. The wind had built from a persistent keening whistle to a roaring gale in the short time she had been walking on the beach of Ariskaig, a stunning stretch of pristine sand on the tip of a remote peninsula on the West Coast of Scotland.

The wind
had whipped the waves up into foaming, angry leviathans and the sky had darkened so much that it was difficult to distinguish from the Stygian slate-dark sea.

The big house on the
stormy skyline stood out like a beacon and Rachel decided that she would cut her walk short; she would only go as far as the house and not to the lighthouse at the far end of the bay which was her normal route. The house was large, Scandinavian in style, with weathered clapboard walls and entirely fronted in glass, affording the occupants spectacular sea views. All the lights were on and a dark figure stood silhouetted on the upper floor. Rachel found herself wishing that it was her who was watching the approaching storm from the comfort and warmth of a luxury beachfront home; particularly as it had now started to rain - huge, fat, heavy drops foretelling worse to come.

She walked steadily
along the beach and as she drew closer to the house she saw that the siretlhouetted figure was watching something - a child with a dog on the beachfront.

The sight made Rachel nervous. The
dog was running back and forward, in and out the churning waves, barking, excited by the energy in the atmosphere, biting at the foamy sea. As Rachel got closer she could see that the dog’s owner was a little girl, a small figure who looked vulnerable and fragile in the tempest. She was trying to catch hold of the little terrier but the dog was enjoying the game, unaware of the danger it was in.

With a feeling of foreboding Rachel started to increase her pace, closing the distance between them
and her, the wind doing its best to push her back, hurling stinging spray and sand into her face.

The dog ran towards the waves once again but this time was picked up by a large breaker and carried out into the frothing sea. Rachel watched in horror as the little dog fought to keep its head above water and then disappeared altogether
but her heart nearly stopped when she saw the little girl race to the water’s edge and wade in to try to help her pet.

Rachel broke into a sprint
, hardly aware that she had started pulling off her jacket and discarding both it and her bag as she ran.

‘Oh God.
Oh God.’ she whispered under her breath.

She was nearly there but just not
close enough. The next wave knocked the girl off her feet and covered her almost immediately.

If she gets carried further out she won’t stand a chance, Rachel
thought, terrified.

The wave receded to reveal
the girl further down the beach, deeper in the water, but still within reach. She was spitting out water, choking, her long hair plastered to her face, the fear etched there obvious to Rachel even in the murky light.

Rachel had reached the
water’s edge just as another wave engulfed the child. She plunged out through the water, the cold making her gasp and fight for breath. She was already waist deep when the next wave broke over her. For a moment everything went dark but she managed to hold her breath in the swell, struggling to keep her fear from overtaking her. Something large carried in the sea scraped roughly against her arm and the pain shot through her. She gasped for breath when the water receded and in that brief moment, she caught sight of the girl’s red jacket. She dived forward and managed to catch the corner, relieved to feel the weight of the girl’s body, half expecting the jacket to be floating and empty.

With strength she didn’t kno
w she had, she fought to pull the girl’s dead weight to her, at the same time fighting against the waves, trying to get a footing on the sandy, churning sea floor, trying to get out of the water and on to land.

She managed to pull the girl into her a
rms and Rachel held her tight with one arm, struggling to keep afloat, her legs at last getting purchase on the sea floor. The girl in her arms was unconscious and Rachel knew time was running out fast.

Each
new wave tried to drag them further out to sea and Rachel fought hard t anought ho hold on to the girl and keep herself from going under. She was beginning to lose hope, exhaustion and cold taking its toll when by sheer luck, a huge wave threw them further up the beach. Rachel managed to drag herself and the girl out of the sea’s reach.

Coughing and exhausted, she
pulled the girl higher up the sand. She was pale and lifeless and Rachel guessed about ten years old. She turned the girls head gently to the side and a stream of water drained from her nose and mouth. Carefully turning her head back upright, she began mouth to mouth resuscitation, pinching the girl’s nose and breathing four times into her small mouth, trying to get past any water that was clogging her airways. Stopping, she placed her ear as close to the girls mouth as possible, watching her chest for any sign of movement. There was none.

Turning
the little girl on her side, she let more water drain from her mouth, watched her breathe and then scooped her into her arms, holding her tight, crying with relief, exhaustion and cold making her shiver uncontrollably.

‘Let me have her. I’m a doctor.’
A tall, dark figure took the girl from her arms and laid her out on the sand again. He smoothed her hair from her face, checked her breathing, whispering in her ear.

The girl
’s eyes slowly began to focus on the man and then she threw her arms round his neck, coughing raggedly.

He picked her up in his arms and stood up, turning to Rachel.

‘Can you manage to walk to the house?,’ he shouted over the howling wind.

Rachel nodded,
but was not so sure she could, unable to speak through her chattering teeth. She was shivering violently now and her legs felt like jelly. Her arm was running with blood, the pain intense. She tried to follow the man and the girl but the house was high up on the dunes and half way up the steep curving path her legs gave out on her. Collapsing to the boardwalk, she tucked her legs up under her chin and hugged herself, trying to retain what body warmth she could.

She was starting
to feel drowsy and slightly nauseous and she knew that this was not a good sign. The wind shrieked round her, and the rain was falling in torrential sheets. Exhaustion and cold leeched the fight from her and although she knew she desperately needed to keep trying to get to the safety of the house, she couldn’t resist her body’s desire to curl up and sleep.

With a start, she felt herself being picked up, the warmth of the
strong arms that held her like fire against her freezing skin.

She struggled to see who held her but the effort was too great. She closed her eyes, tucking her head into the man who carried her, his warmth against her ice cold cheek
comforting, a reassurance that now everything would be alright.

With a jolt, t
he man carrying her kicked out at something and suddenly she was in the warmth and g h warmthstillness of the house on the hill. Her rescuer pushed back to close the door against the howling wind and driving rain, the cacophony of noise outside silenced immediately.

She was carried
across a room and she tried hard to focus her eyes on her surroundings. She was only able to make out the glowing halos around the lights high up on the roof, her vision blurred, the room spinning. Placed on something soft, the warmth in the house sent sharp tingling bursts of pain up and down her frozen body.

She turned her head to the source of the hea
t. A glowing open log fire popped and crackled beside her, drops of rain making it down the chimney and sizzling on the glowing timbers of the fire.

She closed her eyes, exhaustion completely overtaking her.

A light slap on her face.

‘Please, tell me your name.’

Rachel
startled and tried to focus but the man who spoke to her was indistinct.

‘Rachel,’ she managed to whisper.

‘Rachel. I need to take off your clothes and get you warmed up. You’ve got a bad wound on your arm. You’ll need to have it stitched,’

She felt her top being
ripped, buttons popping off around her and the cold, wet blouse pulled out from underneath her. A blade ran up her leg from her foot, a seesawing motion on her body. He was cutting off her trousers.

He covered her with some kind of blanket and now that he
r cold, wet clothes were off and she was wrapped in the warm blanket, she couldn’t keep her eyes open. She drifted slowly into a warm and welcome unconsciousness. She had no idea how long she slept for. It could’ve been a minute or an hour.

Once again she was shaken.

‘Rachel. I have to stitch your arm. You’ve lost a lot of blood. You might feel a small scratch. Please don’t try to move.’

Her uncontrolled shivering was
slowly abating and she was becoming more aware of her surroundings, the dizziness and confusion leaving her.

The man
had a syringe and was in the process of injecting something into her upper left arm. The wound was deep but short. He worked carefully and methodically. He was stunningly handsome, his dark hair damp, pushed back off his face, a stray curl escaping to flick over his forehead. His eyes were so dark they were almost black, long dark lashes framed against his pale skin.

Turning her head away from him
, she saw the little girl she had saved on the sofa beside them. She was lying with her head on a pillow, watching Rachel. The girl was very pale and obviously exhausted but she managed to smile at Rachel. Rachel smiled back weakly.

Daring to Trust the Boss (Harlequin Romance) by Meier, Susan
Because He Breaks Me by Hannah Ford
No Dark Valley by Jamie Langston Turner
Til Dirt Do Us Part (A Local Foods Mystery) by Edith Maxwell
Secrets and Lies 3 (The Ferro Family) by H. M. Ward
Red Demon by Deidre Knight
Her Safe Harbor: Prairie Romance (Crawford Family Book 4) by Holly Bush
Simply Pleasure by Kate Pearce
Stray by Natasha Stories
Easy Betrayals by Baker, Richard