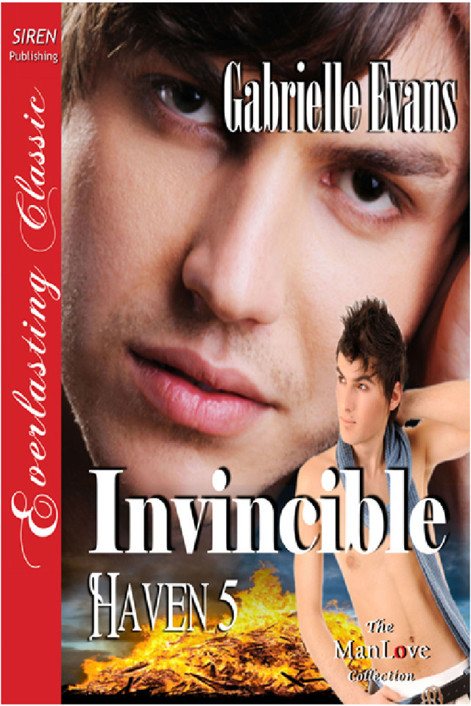 Aslan is used to everyone considering him to be flighty, clueless, and confused. That doesn’t mean it’s true, but the constant cacophony of voices inside his head makes it kind of hard to pay attention to anything else around him.

Torren Braddock has his hands full as a new elder, trying to clean up the mess the former Council members left for him. Adding a mate to his agenda is the last thing he wants to do, but he can’t deny the way Aslan draws him in like a moth to a flame.

Torren is meant to be his champion, his protector. Aslan is sure of it. When the voices in his head grow louder and more demanding, he realizes something big is coming, something that has the potential to destroy everything—and he’ll need his new mate at his side if he hopes to survive it.

ABOUT THE E-BOOK YOU HAVE PURCHASED:
Your non-refundable purchase of this e-book allows you to only ONE LEGAL copy for your own personal reading on your own personal computer or device.
You do not have
resell or distribution rights without the prior written
permission of both the publisher and the copyright
owner of this book.
This book cannot be copied in any format, sold, or otherwise transferred from your computer to another through upload to a file sharing peer to peer program, for free or for a fee, or as a prize in any contest.

Such action is illegal and in violation of the U.S. Copyright Law. Distribution of this e-book, in whole or in part, online, offline, in print or in any way or any other method currently known or yet to be invented, is forbidden. If you do not want this book anymore, you must delete it from your computer.

All art and logo copyright © 2012 by Siren Publishing, Inc.

If you have purchased this copy of
Invincible
by Gabrielle Evans from BookStrand.com or its official distributors, thank you. Also, thank you for not sharing your copy of this book.

This is Gabrielle Evans’s livelihood. It’s fair and simple. Please respect Ms. Evans’s right to earn a living from her work.

How the hell he’d gotten himself into his current situation, Torren Braddock couldn’t recall. The last thing he remembered was stepping off the plane at the landing strip just outside of Las Vegas. Jonas and Nicholas had been on the plane growling at each other, which was nothing new, and Torren had needed some air.

The minute his boots made contact with the tarmac, everything went dark. He’d woken several times, each time feeling worse than the previous one. What the hell was wrong with him? His head throbbed, his mouth felt sticky, and he couldn’t move his arms or legs.

The world was blurry and unfocused through his half-lidded eyes, but he was pretty certain he was in a cemetery. The sun beat down on him, warming his face, but Torren felt there was a reason he should be concerned about the sun. He just couldn’t remember what that reason was.

His thought process was disjointed as though he was wading through miles of mental sludge. There was someone beside him, but he couldn’t make his neck muscles work so he could turn his head to find out who it was. There had been three people with him on that plane. Four, if he counted the pilot. Five, after Bannon Murphy met them with the vehicle.

If it was one of those five who rested beside him, he hoped it was Bannon. Not that he wished the shifter any harm, but he’d just remembered why the sun was bad. He was traveling with vampires.

So, that meant if it was Bannon beside him, they were completely screwed until the moon rose.
Fantastic.

With a lot of effort, Torren finally forced his head to turn, unsurprised to see Bannon tied to the tombstone he was propped up against. Where were the others, though? Since his companion appeared to be unconscious with his chin resting firmly on his chest, Torren wouldn’t be getting any answers from him.

Giving up, he closed his eyes, and drifted out of consciousness again. The next time he awoke, the cemetery was dark, cold, and eerily quiet.

Torren didn’t have the strength to turn his head and face the voice.

“Where?” he croaked. The one word sounded slurred, harsh, and raspy.

“Oh, your little vampire friends?” the man asked with amusement.

“Not to worry. They’re safe for now and will be joining us soon enough. You should just rest for now.” Someone crouched down in his line of vision, but Torren couldn’t focus and the night was too dark to make out any discernible features.

Something stuck his arm, right in the crook of his elbow, and then everything went dark again.

Something had awoken him. He was sure of it, but he couldn’t figure out what had disturbed his sleep. Sitting up in bed, Aslan rubbed at his eyes and pushed his hair back from his face.

Snapping his eyes open, Aslan’s breath caught in his throat, and he scrambled backward, pressing himself against the headboard. A man he’d never met before stood beside his bed, towering over him with a frown. His long, black hair fell over his shoulders, his clothes appeared dirty and ripped, and he was so massive that Aslan was pretty sure the guy’s muscles had muscles.

Shaking his head rapidly, he pulled his knees to his chest and wrapped his arms around his shins. It wasn’t the stranger’s enormous size that scared the hell out of him. It was the fact that he could see right through him to his door across the room. There was a kind of bluish glow about him that reminded Aslan of starlight, but it wasn’t nearly as peaceful.

“Who are you?” the guy repeated.

“Aslan, I need your help.” The man was all business now as he began pacing the floor, linking his hands behind his back. “We are in a cemetery in Nevada. I don’t think we are far from the airstrip or the plane, but I can’t be sure. I need you to tell Stavion to send someone.” He stopped pacing and crossed his arms over his chest when Aslan didn’t answer. “Do you understand?”

No, he didn’t understand any of this. All he knew was that there was an angry ghost in his room going on about cemeteries and saying he needed help. “Who’s with you?” he whispered, his voice quivering slightly.

“There’s no time. You have to go to Stavion now. Get out of bed and go, Aslan.” He took a step forward, reaching out as though to touch him, and Aslan reacted accordingly.

He squeezed his eyes closed, wrapped his arms over his head, and screamed until he thought his throat would bleed. When he finally managed to get himself under control, the ghost was gone.

“Shit, shit, shit.” Throwing the blankets back, he launched himself out of bed, darted for the door, and barreled out into the hall. Scared, shaking, and feeling like he was going to vomit, he didn’t immediately see Galen until he smacked right into his friend. “I saw a ghost,” Aslan blurted at once.

They stared at each other for just a moment before both speaking again at the same time. “They’re in trouble.”

“We have twenty-seven days until Halloween. On average, it takes you approximately two weeks to find one person. We’re looking for three. Do you think this is a goddamn game?” Torren yelled the last question, slamming his fist against the doorframe of the entrance to Bannon’s bedroom.

He needed to find his brothers, and Bannon Murphy was the best candidate to help him. The man’s resistant attitude was grating on his nerves, though. As the newly appointed elder of the Magiks, Torren was by all rights Bannon’s boss. Finding Torren’s brothers and the missing faerie, Camdin Maywater, was Bannon’s job. Why was he being such an asshole about everything?

“Enough,” Bannon growled angrily. His attention turned to the smaller man on the bed, and he crawled up the mattress to pull his mate into his arms. “Not to worry, darlin’. Torren is just a bit out of sorts. No one is going to hurt ya.”

Torren felt about three inches tall as he let out a deep breath and dropped his head. He hadn’t meant to scare Galen. He just wanted to find his family, and to do that, he needed Bannon’s cooperation. With such little time left, he really needed Galen’s special skills as well. If they combined their powers, the pair would be unstoppable.

Still, that didn’t excuse his behavior. “He’s right. I’m sorry, Galen. This elder business is a lot more stressful than I thought it would be.” Gods, that was an understatement. Why had he thought he was cut out for this? “Add my personal issues on top of that, and I’m not really myself these days. I didn’t mean to scare you.”

“Galen? Are you okay?” a small voice asked from behind Torren.

“I heard shouting and banging. You’re not hurt are you?” Turning slowly, Torren watched as a young man even smaller than Galen slid past him and crawled up on the bed beside Bannon.

He tucked his legs under him while he talked to his friend, and Torren couldn’t help but follow his every movement.

That was Aslan. He vaguely recognized him from the night he’d sought help while being imprisoned in Nevada. Up until that moment, he hadn’t been able to work out why his astral body had appeared to the guy, but he had no problem understanding it now.

Aslan was his mate. He felt it as sure as he felt his own heart beating. His skin tingled, his hands began to shake, and it was as though a thousand tiny explosions were detonating inside his body.

The only person besides his family that he’d have a close enough connection with to travel outside of his body to deliver a message to was his mate.

Since he didn’t know where his brothers were hiding, and was afraid of causing them harm if he
could
reach them, Torren had been trying to send a message to Stavion instead. He’d been very shocked to find himself in Aslan’s bedroom, staring down at the most gorgeous creature he’d ever seen.

Silky, black curls that brushed just below his jaw showcased the long, slender column on his neck. While he was small, probably no more than five-four or five-five, his muscles were defined—long, lean, bunching in just the right places as he moved.