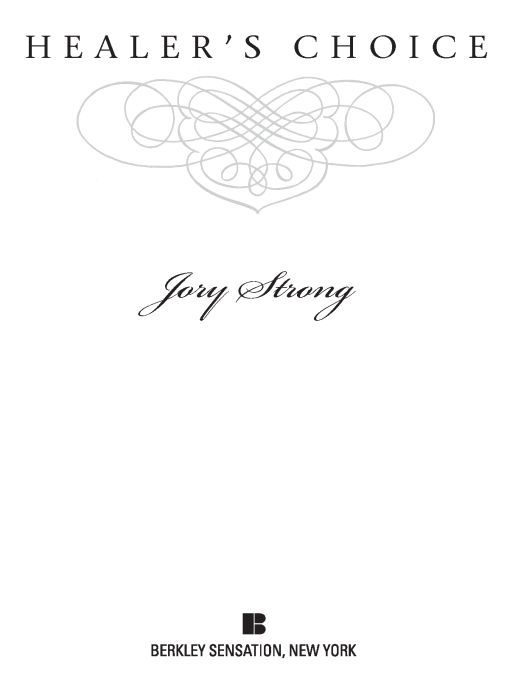 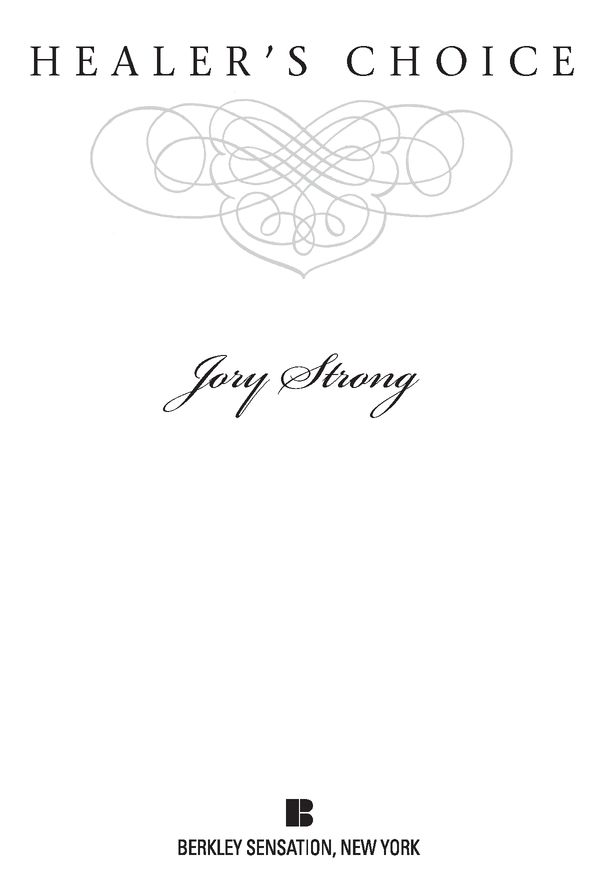 Thanks once again to my editor, Cindy Hwang,
and my agent, Ethan Ellenberg. Your support of
and faith in my work is greatly appreciated.
Thanks also to Leis Pederson for her behind-the-scenes
efforts and assistance, and to copyeditors Luann Reed-Siegel (
Healer’s Choice
)
and Rick Willet (
Ghostland
,
Spider-Touched
), the unsung heroine and hero
who’ve kept me from erring too egregiously.
One

THE demon caught Rebekka in the forest, turning day into night and nature into a seething weapon. He arrived in a tornado swirl of fury, encircling her in a wind of dirt and shattered trees and rocks from which there was no escape. Trapping her there until her heart threatened to burst and only terror filled her. And then he relented—allowing what was left of the trail she’d been running on to fall back to earth in a twisted, horrifying demonstration of his power—and that was worse.
In the unnatural calm following the violence, he took form. A creature of nightmare. A dark-skinned thing heralding damnation.
Leathery, batlike wings spread out to block the sight of anything but him. Fingers ended in wicked talons and yellow eyes danced with sinister glee. His forked tongue flicked out to taste her fear while a barbed tail coiled around his thigh like a living thing.
His smile held a wealth of cruelty. His gaze held her immobile, trembling in the face of her own death.
Lightning-fast his hand wrapped around her throat, a razor-sharp claw digging into her flesh, slicing through it with ease. But instead of delivering torment and death, he released her, drawing his hand back to lap at blood-covered fingers.
“So there are other players in this game than the one I so recently encountered,” he said. “Your father’s involvement is a surprise. He had no love for humans when I was last among my kind.”
He laughed, a sharp-edged sound sending shards of ice sliding into Rebekka’s spine. And then as quickly as he appeared, the demon dissolved into nothing, leaving her shaking as she surrendered to terror and sank to her knees at the center of the destruction he’d wrought.
Rebekka pressed trembling fingers to the wound at her throat, stopped the flow of blood despite the wild pounding of her pulse beneath her fingertips. Nausea swelled in the aftermath of surviving the encounter.
The sweat from her run became a cold clamminess on her skin. Shudder after shudder racked her frame as the demon’s words played over and over in her mind.
Her features were those of her mother, as were the deep brown of her hair and the blue of her eyes. There was nothing in her looks to identify who her father had been, and she’d never asked. What child of a prostitute wanted to hear her mother admit she had no idea which man had left more than his money behind?
Rebekka’s thoughts went to the place above her pubic mound where an ugly black circle with a scarlet red
P
in its center had been forcibly tattooed onto her skin. A terrifying memory from that day skirted at the edge of her consciousness. She reached for it but it eluded her as it always did, and she let it go, ashamed at the gratitude she felt for not having to confront whatever truth lay repressed by her mind.
A different horror had her standing, frantically looking around for the Weres who’d been somewhere on the trail ahead of her when the demon arrived. Relief came with the absence of twisted, broken bodies. It swept through her and brought with it sweet denial and a refuge in purpose. Her ability to heal using her hands and will alone was proof there was no stain on her soul, no taint of it in her blood despite the demon’s words.
Rebekka began running, scrambling and jumping over the demon-created debris. She caught up to the Weres a short time later. Of those waiting, only Levi appeared fully human, his lion form lost forever unless her gift deepened, strengthened.
The six Weres she and Levi and Tir had freed from the maze less than an hour ago were grotesque mixtures of human and animal, made that way by a man using witch-charmed silver and torture to twist them into an abomination of form.
Levi’s eyes flicked to the wound on her neck and his nostrils flared, his senses Were despite no longer having a lion form. “I smell the demon Abijah. What happened?”
“He caught up to me then left. I’m okay.”
She didn’t want to reveal what the demon said. In truth, she didn’t want to think about it at all or lose the shield of denial she’d managed to erect.
Lion-gold eyes met hers for a long moment, as if Levi sensed an evasion. He let it go, and she turned her attention to the waiting Weres.
There were five of them. Two Wolves, a Leopard, a Tiger, and Cyrin, Levi’s brother.
Pity and anger and sadness churned together inside her. Horror for what they’d endured and for what they’d lost.
“I’ve told them what their choices are and what to expect,” Levi said. “They all want you to heal them.”
She looked at the gathered Weres and asked, “Who’s first?”
The sole female stepped forward. Her body was wolf but her head was human. She was almost the complete opposite of the male. He had a wolf’s head on a body that was human except for the genitals.
Rebekka knelt on the ground, telling the female, “It will be easier if you lie down.”
ADS
15.4Mb size Format: txt, pdf, ePub