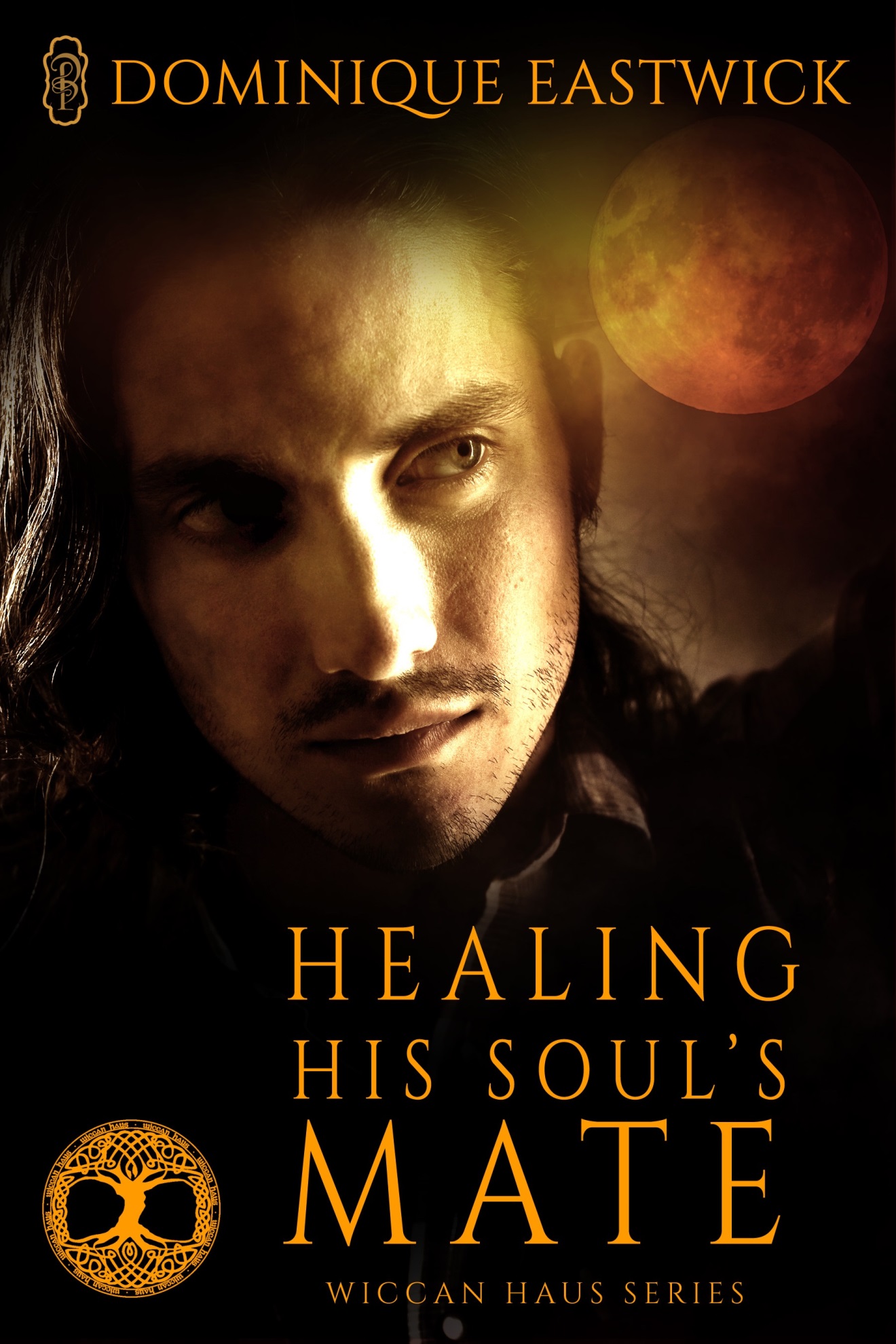 The unauthorized reproduction or distribution of a copyrighted work is illegal. Criminal copyright infringement, including infringement without monetary gain, is investigated by the FBI and is punishable by fines and federal imprisonment.

A Man Worth Fighting For by Sara Daniel

An Apple Away by Kate Richards

Unveil my Heart by Nya Rayne

Finding Her A-Muse-ment by Rebecca Royce

Guarding His Heart by Carolyn Spear

The 13th Guest by Rebecca Royce

A Bride Worth Fighting For by Sara Daniel

The Duke and the Virgin

The Marquis and the Mistress

The Earl and His Virgin Countess

Things are not as calm at the Wiccan Haus as they usually are. The impending birth of Dana and Rekkus’ cubs has everyone on edge. The last thing anyone wants or expects is a series of uninvited guests.

Ashlynn Stone hasn’t spoken to her sister Dana since she left for the Wiccan Haus over a year earlier. But when a fluke accident on the fashion runway forces her to seek the healing of the Wiccan Haus, she has no choice but to pack her bags and take the ferry to the island with her family in tow.

Shadedor has been sent to the Wiccan Haus to assess the situation. But he soon finds more than he expected. His soul mate in need of healing. Can he negotiate the issues of the Wiccan Haus and overcome the walls Ashlynn has built to protect herself.

As the Haus prepares for the biggest event since it opened, can the siblings find harmony and manage to do what they do best, heal those in need? Or is it too much for them to take?

Welcome back to the Wiccan Haus.

Welcome to the Wiccan Haus

Something wiccan this way comes to a mystical mysterious island where authors get to play and bring their love stories to life. At the Wiccan Haus you will meet Rekkus, Cyrus, Sage, Sarka, Cemil and Myron, all of whom return in most if not all the stories. Yes each one will eventually get their HEA as well.

We hope you enjoy the stories from all the authors and return time and again to keep up with the staff and meet new characters along the way. But fear not if this is your first or twenty-first story each book stands on its own. If you want to know more about the series please sign up for our
newsletter
.

A Note From Dominique

Finally we get to see Dana give birth, thank you to all the fan who stuck with us through the change of publishers and for the Wiccan Haus what feels like a rebirth.

Dedicated to Decadent Publishing, Kate, Val and Lisa for giving Wiccan Haus a new home and loving it as much as I do. Only fitting that the rebirth of the series is a birth story.

“Oh no!” Myron flicked the cards on the receptionist desk again. Pushing her purple hair behind her ear she glanced at the old grainy cuckoo clock on the far wall. “Not happening—this cannot be happening now.”

Cyrus, having watched the gypsy, fascinated by her confusion, for the last five minutes, came to his feet, “What can’t be happening now, beautiful?”

He placed his gloved hand on her shoulder, leaning in close to look at the cards as if this time he would see what she did in the random placement of the numbers and face cards. Still, he viewed a strange game of solitaire laid before them. But he knew whatever she saw, he needed to listen. Myron and her cards were often the voice of reason on the island.

“Has Dana knotted something on her body again?” he asked with some levity. For the last seven weeks, their Romney receptionist had carried a pair of scissors everywhere in superstitious belief the very pregnant Dana could harm her unborn child by tying anything around her body. The gypsy cut off any knot on the other woman’s clothes. And, as most maternity clothes had some sort of tie, most of Dana’s clothes had been mutilated by Myron and her scissors.

“Do not mock me. Knots are bad luck. We do not want the umbilical cord to have a knot in it.”

Cyrus decided this might not be the time to reawaken the debate about some cultures believing knots in umbilical cords good luck. “I am not mocking, luv.”

Myron’s violet eyes were full of worry before she reached into the tapestry carpetbag beside her. After a minute of rummaging, she brought out her grandmother’s aged deck. Cyrus stayed her from removing them from their fragile box. In a voice intended for only Myron to hear but brooking no argument, he asked, “Why, by the goddess, do you need Babba’s old deck? What have you seen?”

Myron’s hand shook under his. Her voice almost trance-like, she said, “Dana,” repeating the name with each card in the spread.

“What about Dana?” If they weren’t so used to Rekkus sneaking up on them, they might have jumped out of their skins. The were-tiger more than anyone would want to figure out why his mate’s name lay on the gypsy’s lips.

“The cards are dark. They hum, but something is preventing them from getting the information they need.”

“What could prevent the information from being received?” Rekkus asked. “But they are reading Dana?”

“Give her a second, Rek.” Cyrus addressed his best friend but never turned to him, focused on keeping Myron calm.

“Family,” she announced and repeated the two words, Dana and family, over and over as she laid the cards down faster and faster.

“Damn it, is she in danger?” Rekkus’ voice broke with the intensity of his concern.

“Did you say cubs?” Cyrus turned on his friend. “As in more than one baby?”

Myron shook her head. “No, the babies are fine, and it’s not their time.”

“You did say cubs. Myron you knew? She knew?” Cyrus demanded of the two of them. Damn it why had no one told him Dana was having twins.

“Of course I knew.” She flicked a card on his hand, a card he suspected might be the joker.

Rekkus growled the inhuman growl that either brought people to attention or sent them running for cover. “Myron, what are the fucking cards saying?”

Cyrus stared at him, unable to believe he had directed his infamous temper at Myron. The silence lasted until Rekkus took a deep breath and pleaded, “Myron, please.”

Rekkus spoke in grunts and growls and even put up with Myron’s kitty jokes, tolerating her calling him Puss in Boots from time to time. But the big tiger—almost eight hundred pounds in tiger form—had never once begged for anything. Until now.

“Give me a second.” Myron grabbed his hand and gave it a reassuring squeeze. Rekkus had lost so much more than Cyrus’ family, but he never missed a step. The thought or hint of Dana in trouble, and the big guy crumpled.

The old deck Myron had inherited from her grandmother gave off a soft shuffling sound as she worked them over and over in her hands. Lifting her face to Rekkus, she laid three cards face up.

She nodded. “Dana.” Then she positioned three more down on top of the others, horizontal this time. “Family.”

Sarka threw open her office door behind Myron’s desk. “The ferry is coming through the fog wall at this very minute. What the hell is everyone doing hanging around here, goofing off, and not down at the dock where you are supposed to be?”

Cyrus looked out the open doors of the lobby toward the walkway heading down to the eastern dock then focused on the cards laid out on the reception desk. Myron laid down three more cards.

“Here!” Myron threw her cards on the table as the ferry tooted its horn, emerging from the fog wall. “Dana’s sister is dealing with emotional damage and needs healing. She’s on the ferry with her parents!”

The room, hell, the Haus, fell eerily silent, as if the building didn’t dare creak.

“How the hell did Dana’s relatives get a reservation, let alone get on the ferry without me being told?” Rekkus demanded, fist clenched at his side.

Rekkus slammed a fist into the counter, scattering the cards and cracking the marble. “Myron!”

“I didn’t take the reservation.” Myron crossed her arms. “If you think for a second I would allow those people—”

“Someone had to accept their reservations.” Cyrus didn’t want to add to the hostility, but Rekkus had a good point, even if he didn’t express it well.

“Would someone tell me what the hell is going on?” Sarka, never one to be ignored, stood, hands on her hips.

The O forming on Sarka’s face made Myron giggle and Cyrus would have laughed, too, if the situation wasn’t growing precarious. His friend’s golden eyes glowed with para rage. Who could blame him? The way his in-laws had treated his mate had cemented the tiger’s hostility toward them.

“Rek, listen.” Cyrus called on the calming powers of his sister Sage to help him say the right thing. And where the hell was Sage? If ever they needed her, it was now. “It doesn’t matter how they got the reservations. In less than fifteen minutes, they will be here, and it might be best if Dana heard the news from you. Not that you seem big on sharing any news these days with, say, me. Something important like there being two babies instead of one. Things the godfather might want to know about.”

“For the love of the goddess, I didn’t tell anyone.” Rekkus turned on him. “Dana wanted something to stay private.”

“Cards, Cyrus. The cards told me, and I don’t read and tell.” She grimaced. “Okay, I don’t when someone asks me not to.”

“With that cleared up, perhaps, Rekkus, you would like to go tell your mate,” Myron said with a hesitant smile.

Everyone turned to face the front door where a very pregnant Dana waddled in. Rekkus prowled around the receptionist desk toward his mate. Cyrus could’ve sworn the temperature rose five degrees as he neared. Before Rekkus reached Dana, Myron spoke up. “Kitty, I promise, should my cards read anything of concern, I will always tell you.”

“Thank you, my chwaer.” He led Dana to one of hundreds of chairs situated around the island for her comfort. “Dana….”

“I feel as if this is the longest pregnancy ever.” She rubbed her belly with a sigh. Dana remained standing and glanced at Rekkus then the others waiting around the lobby. “Don’t you have the ferry to meet?”