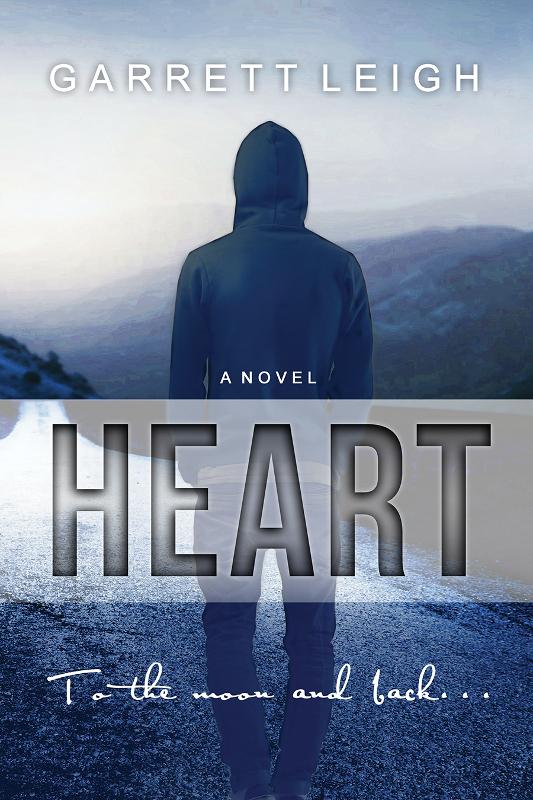 For B&H, and M too. Because everything means something.

And for my silver sunshine. More than you know.

S
EB
W
RIGHT
tugged off his bandana and pushed his dark, sweat-dampened hair away from his eyes. The thick, syrupy scent of vanilla hung heavy in the air. He was exhausted and in desperate need of a shave, but with the kitchen clean and the shop stocked, his workday had finally come to an end.

He put the last of his equipment away and wandered to the back area to wash up and get changed. His legs felt like lead and he considered making the five-minute walk home in his grubby chef whites, but tired as he was, a fudge-smeared pastry chef meandering through town in the middle of the night wasn’t a good look for business.

Not that there was anyone around to see him. Yawning, he reached for his clothes and glanced through the window at the Cornish harbor town he called home. Padstow, Cornwall—population 3,162, according to Wikipedia, and in winter, he could believe it. Short, blustery days gave way to long, stormy nights when the sea lashed the harbor like a demon from the dark and there wasn’t a soul to be seen outside.

In summer, though, it was a different world. The sea was calm and still and the streets became a riot of uncontainable energy.

Seb longed for and dreaded those days in equal measure. Longed for because it signaled the dreary austerity of winter was over, but dreaded because it meant the relentless chaos of the tourist season had begun. That was the problem with seasonal income: the fluctuation from one extreme to the other. His inherited artisan fudge pantry was one of a kind. When it did well, it thrived, but the long winter months were harsh, and this year, he couldn’t wait to see the back of it.

In a daze, he walked home through the silent streets. It was long after midnight, and spring had been wet and quiet, but the weathermen promised an all too rare balmy British summer was just around the corner, and he needed to be ready. After a week of late nights, it seemed he finally was.

He turned onto one of the cobbled side streets that filtered off the main roads like estuaries. His cottage was right around the corner between a traditional pasty shop and a not-so-traditional den for henna tattoos. There was a scuffling noise behind him, but he paid it no heed. Walking around in the dead of night didn’t bother him; it never had. He knew Padstow like the back of his hand. He’d grown up here, and after working in London through most of his twenties, he’d found his way back to the family business like a good local boy. It would take more than a cat rifling through bins to make him look around.

He continued on his way, fantasizing about the extra-large beers stashed in his fridge. His stomach growled. He’d eaten nothing but tastings from pots of warm fudge all day, and he knew the girls from the pasty shop would’ve saved him some leftovers. Only appendicitis and the worst hangover in the world had ever dulled his appetite for the pasties Gem and her girls had been baking in Padstow for as long as he could remember.

Seb stopped under the streetlamp by the chip shop and pulled out his wallet. The girls in the pasty shop never let him pay for his dinner, but he always slipped a fiver through the letterbox anyway. Winters in Cornwall were hard, and they all needed every penny.

He found his wallet surprisingly well stocked until he remembered his planned predawn trip to the dairy farm in the morning. He suppressed a sigh and shoved his wallet in his back pocket. The farm was a fifteen-mile round trip in a borrowed car, and with the supermarket just a mile up the road, supporting local businesses was a pain in the arse.

That’s what you get for having pretentious organic principles
.

Seb gave his quasi older brother a mental eye roll. Then the wind from the ocean picked up and whistled through the narrow street. He shivered. The cold didn’t usually bother him. He glanced around, rubbing his arms. Was it his imagination, or did the shadows seem darker than usual?

He shook himself, amused at his ominous train of thought.
That’s what you get for working eighteen hours four days straight. Man up, you daft twat.

Still, he found himself glancing over his shoulder anyway.

One of the shadows moved. He was sure of it. The dark shape seemed to dance across the narrow street with the same scuffling noise he’d heard before. He froze. The hair on the back of his neck stood on end. His breath caught and his heart thumped, and all at once, he knew he wasn’t alone.

Seb shook his head and turned away, searching out the peeling white paint of his front door. He was tired, that was all, so tired he was imagining shit that wasn’t there. It was a shame he wasn’t delirious or drunk instead. The fun he could have with that….

Unbidden, he remembered when he’d last brought a companion back to this very street the previous summer. They’d barely made it to his tiny backyard, where he’d let Carlos the Portuguese fisherman fuck him over the back wall. Clichéd? Maybe, but it had been bloody good. He wondered absently if the
Angelina
was heading back to the West Coast this year.

A cool hand clamped down on Seb’s shoulder.

“What the—” He whirled around, his heart in his mouth. “What the fuck?”

The owner of the hand took a step back. “You dropped your wallet.”

“What?” Seb sucked in a much-needed gulp of air, hoping the stranger with the soft Irish brogue couldn’t hear the thundering stampede of his heart, or the stupidity in his moronic one-word response.

“Your wallet,” the stranger repeated, holding out his hand, a slight smirk coloring what Seb was fast realizing was a beautiful face. “You dropped it by the chip shop.”

Seb took the wallet and shoved it into his back pocket. “Thanks.”

The stranger started to turn away. Seb caught his arm. “Wait.”

The street was dark, lit only by a single street lamp, but even in the dim light, Seb could see the boy was blond, really blond, and his shrewd eyes were wide and light. Gray, maybe. His features were angled and perfectly proportioned, and his frame was lean… too lean. Closer inspection revealed tatty, dirty clothes and a frayed, holey rucksack slung over his shoulder.

The stranger was a vagrant.
Bloody hell. He’s one of the tramps from behind the docks.

Even as the thought crossed Seb’s mind, it seemed somehow wrong to brand the beautiful boy with such ugly words. Not many tourists knew about the small crowd of homeless people who populated Padstow in the warmer months. They touted for work during the day and slept by the water at night. It was a side of the affluent portside town most visitors never saw.

Even Seb had never seen
his
face before. “How old are you?”

“What?” The stranger raised an insolent eyebrow.

Seb ignored the tingle of energy the gesture evoked. “You look too young to be out on the streets at this time of night.”

Seb frowned before he could stop himself. Twenty-two? Fat chance. Seb was twenty-six, and there was no way just four years separated him from the slender youngster, but even as he processed the thought, the stranger was on the move again. He pulled his arm from Seb’s grasp, and this time, he was gone before Seb could formulate a response.

Did that really just happen?
As Seb drifted the last twenty meters or so to his cottage, retrieved his dinner from the shop next door, and paid for it, he wasn’t entirely sure.

T
HE
FOLLOWING
morning, Seb woke gasping for breath and drenched in sweat, dragged from a haunting dream of a platinum-haired presence in his bed, writhing beneath him. The encounter had felt surreal, like the young man in his bed was a ghost, but it was hot as hell. He looked down at his still-hard dick and groaned aloud. Christ, he hadn’t had dreams like that since he’d watched Carlos sail away from him nearly a year ago, and even
those
dreams hadn’t been quite like the one still lingering in his sleep-clouded brain. It had been years since he’d wanted to top anyone, much less fantasized about it. And since when had dirty dreams become so poetic?

He lay still for a moment, listening to the seagulls call good morning to each other, and considered taking himself in hand. Considered letting his eyes close and drifting back to white-blond hair, pale skin, and the earth-moving sex he’d dreamed about.

There was no one around to hear his grumble save his elderly cat, Esme, who offered him a waspish stare from the windowsill. Barely dawn it may have been, but his feline companion was an early riser, and it was clear by her scowl she’d been waiting on him awhile.

Seb rolled from the bed and wandered into the bathroom, yawning and scratching his belly. He stepped under the tepid shower, washing the sweat of his imaginary amorous night away, and once dressed, he ambled downstairs to feed Esme.

At the kitchen sink, he stared through the window at his limited view of the sea. The sun was out, bright and bold, and the air was distinctly muggy, at least muggy for a late-May morning. Perhaps for once his luck was in, and summer had indeed come early.

After breakfast, he made his way to the shop, noting the streets seemed busier already, even at the arse crack of dawn. He let himself in to Alfie’s, named after his great-grandfather, who’d founded the business in 1929, and went straight to the computer, booted it up, and checked for overnight Internet orders.

There were a few. He boxed them up while drinking a cup of strong builder’s tea and left them in the office for Nicole, his single permanent employee, to post on her lunch break. After that, he set about replenishing the specialty flavors the display counter was running low on. Coffee and rum first, then the newfangled salted caramel he was still on the fence about.

He saved the traditional vanilla to make later, when the shop was open. It was part of the charm of Alfie’s—the fudge being made in the shop window—and he’d being doing it since he was ten years old. These days, he didn’t notice the faces pressed to the glass or the people milling around him, but all the same, it was far less hassle to get the complicated flavors out of the way while he had some time to himself.

Looking For Trouble by Becky McGraw
Deep Throat Diva by Cairo
Tamar by Mal Peet
Dead by Dawn by Wellman, Bret
A Most Novel Revenge by Ashley Weaver
The Skeleton Room by Kate Ellis
By Reason of Insanity by Shane Stevens
Wed to the Witness by Karen Hughes
RIDING WITH THE COP (The Pleasure Of His Punishment) by Scott, J.S.
Terminal Rage by Khalifa, A.M.