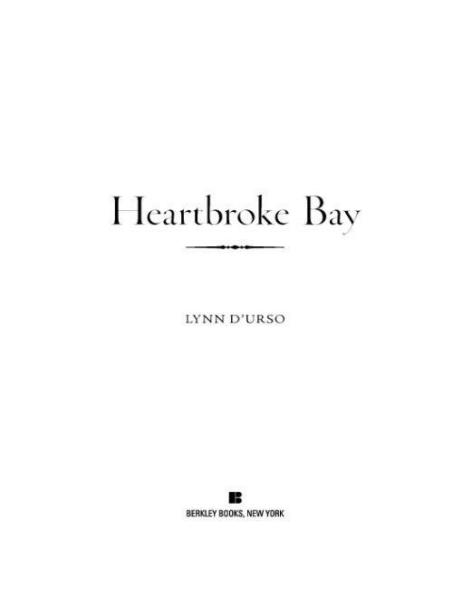 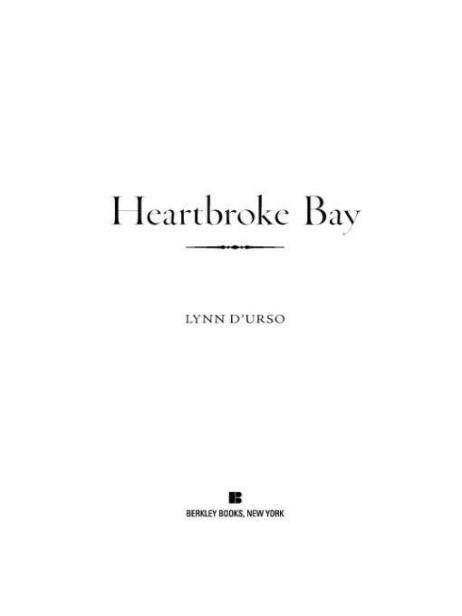 Table of Contents
Title Page
Copyright Page
Acknowledgements
ONE
TWO
THREE
FOUR
FIVE
SIX
SEVEN
EIGHT
NINE
TEN
ELEVEN
TWELVE
THIRTEEN
FOURTEEN
FIFTEEN
SIXTEEN
SEVENTEEN
EIGHTEEN
NINETEEN
AUTHOR’S NOTE
Dear Diary,
The advance from rags to riches has been swift. Thanks to the Indian Negook, we have at last achieved our goal of striking “pay dirt.” The strike is wonderfully rich, yielding four or five times as much gold as any ground we have previously worked. At the present rate of recovery, we shall all be very well off by the time autumn forces us to retire to Sitka.
The days now grow rapidly shorter as winter approaches, and Hans, Harky, and Dutch work from daylight until dark, while Michael hunts. Hans speaks of working by torchlight, but the others decline to work any harder, as they already return to the cabin at night, exhausted and bleeding from their palms.
The men’s days are strictly scheduled: Breakfast before daylight, work until dark, bathe in the pool (which grows chillier these days, but is still the best part of my day; I have my bath after the men have left in the morning), then the evening meal, after which the take is weighed before we retire to our bunks. Dutch crows and struts like a banty rooster each evening as Hans weighs out the take, but it is easy to forgive him his unseemly exultations, for he has been richly vindicated by Negook’s strike.
Michael is proving to be a fine huntsman, adept at bringing fresh meat to the table. The flesh of the goats and sea lions is often stringy and tough, but he has fashioned a mallet from a spruce knot with which I beat the meat tender.
Only Harky seems untouched by our fortune, but he is always such a silent man it is difficult to say whether or not he shares the exuberance of the strike.
I must admit that the gold ignites grand dreams in my own mind, dreams of a fine home and nice things, but it stirs a certain fear as well, an uneasiness I cannot define . . . 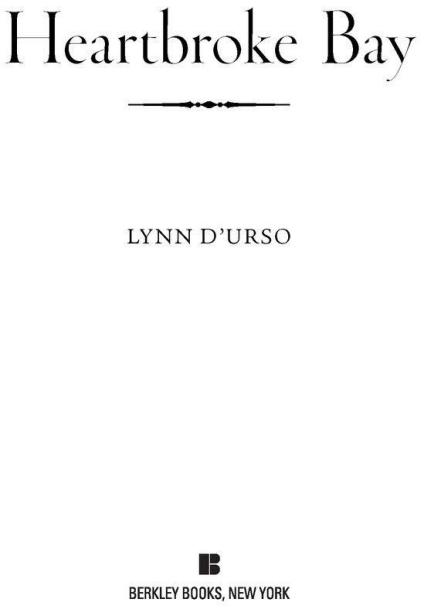 ACKNOWLEDGMENTS
I owe a heartfelt thank-you to the staff at the Alaska State Historical Library for their endless patience and help with my many requests for texts, articles, microfilms, and photos over the decade it took to write
Heartbroke Bay
. The efforts of Gladi Kulp, Gayle Goedde, and Jim Simard, among others, were indispensable.
I also owe Jack Poulson, Kristie Swanson, Jonathan Wolfson, Luan Schooler-Wilson, David Hunsaker, the author Stuart Archer, and many others my thanks for their invaluable support through what now, after so many years, I realize have been an imposing number of draft manuscripts and rewrites. Were it not for my agent, Bonnie Nadell, I am not sure Hannah Nelson would have ever found her voice, and the support of my editor, Jackie Cantor, made
Heartbroke Bay
possible. I am grateful to you all.
Lynn
Winter
I
n autumn the earth tilts away from the sun and winter looms over North America. In the farthest reaches of the North Pacific, where the Bering Sea and the Gulf of Alaska meet, the winds begin to churn, spinning and building into muscular storms that hurry the change of the seasons on.
By November the snow begins to fly. The moon the coastal tribes call
Kokaha-dis
, the “bears-digging-dens” moon, rises, and throughout the sprawl of rugged islands and glacier-filled valleys that make up the territory of the Tlingit Indians the clans begin moving baskets of dried fish and moose meat into the rafters of planked longhouses, measuring and remeasuring their weight against the coming darkness. On a rare windless night in December, the eyes of wolves and ravens carved into the totem poles that keep watch over the villages stare out from under a thick layer of frost.
Now comes
T’ak
, the terrible child-dying time, when ferocious winds tear the trees from the ground and the cold can freeze a man’s eyes.
T’ak
passes slowly, slower than the creep of ice crystals up the inside of the longhouse walls. By
Kladashu
, the sixth moon, there is no fat left under the skin of the wild animals and the lamps in the longhouses burn with a dim yellow light. And one by one, as winter rages, even the strong begin to tremble, lose the will to live, and die.
ONE
AUGUST 1898
A locomotive draws a thin stripe of smoke along the horizon. Overhead, the infinite blue dome of a prairie heaven fills the sky. Where the train runs swiftly across level ground, the smoke pales quickly, but on rising grades the engine slows and sketches a series of evenly spaced strokes that hang motionless against the sky. In the middle of the line of railcars rolls an elaborate Pullman car. Within the Pullman car sits a young woman, perched on a severe chair of oak and cane, swaying to the beat of the wheels as she stares out at an unending procession of fields burned to dust by the relentless heat of the Dakota sun. Scattered at random across the fields stand decaying sod shanties, abandoned by their builders as the tariff charged by the railroad for carrying their meager crops to market rose from eleven cents per hundred-weight to thirty, then fifty-five, until finally flood-cresting at more than a dollar.
Four more years
, thinks Hannah Butler.
However shall I manage four more years?
Behind her the voice of her employer, Lady Hamilton, drones a chorus of complaints against the chartered Pullman and its crew. At Lady Hamilton’s feet sits Victoria, Lady Hamilton’s second handmaid, who in the weeks since the entourage’s departure from England has become Hannah’s good friend, taking notes on a sheet of paper embossed with a crest of rampant unicorns.
“Perhaps a better grade of coal,” murmurs Lady Hamilton’s personal secretary in response to a demand that something be done about the sulfurous odor of engine smoke permeating the Pullman car. After offering the suggestion, Bernard (who pronounces his name with a purring emphasis on the first syllable) purses his lips and peers over a pair of pince-nez glasses as he waits for Lady Hamilton to agree with him.
The smoke, the smells, a dearth of inspiring scenery—little has pleased Her Ladyship since departing the mouth of the Thames by steamship a month earlier for a tour of the American West. After a voyage of fifteen days to New York harbor, she had turned up her nose at a steady succession of imaginative American inventions, including an electric bread toaster, a confectionary whimsy described by its Italian immigrant inventor as an “ice-cream cone,” and a demonstration of one of the new gasoline-powered motor cars. Even the sight of an automatic staircase dubbed the “escalator” had been met with vinegar.
Now, after a week on the rails, with the American prairie unrolling in all directions, Hannah feels trapped, damned to suffer Her Ladyship’s endless complaints while boredom nibbles at her like a crab.
Freckled and gap-toothed like the Wife of Bath, she is twenty-three years old and blessed with a prosperous head of shining auburn hair that reaches the small of her back and light gray eyes that look out at the world with the shine of intelligence—a trait considered neither a virtue nor a demerit in English girls of marriageable age. Her nose is straight but perhaps a bit too long. Called comely by some and peculiar by others, she has believed each opinion in its time. Though sidelined from the world of business by her gender, she understands how the usury of railroad corporations grown bloated as show hogs on the sale of worthless stock certificates has brought her to this arid American savanna as surely as it has wrung the sap from the missing farmers, because she had watched, with growing concern, as her father, a once-successful British merchant engaged in the chandlery of supplies to the fleets of English traders, had funneled more and more of her family’s fortune into the pyramid schemes of the American tycoons.
ADS
15.4Mb size Format: txt, pdf, ePub

The Territory by Sarah Govett
1.5 - Destiny Unchosen by Lindsay Buroker
Finding Casey by Jo-Ann Mapson
Song of the Sea Maid by Rebecca Mascull
Deep Deliverance: The Deep Series, Book 3 by Z.A. Maxfield
Once Upon a Plaid by Mia Marlowe
The Secrets of Wolverton Manor (paranormal shifters and vampires) (Victorian Werewolves and Immortals) by Wilder, Carina
Mindsiege by Heather Sunseri
Keeping Her Secret by Sarah Nicolas
Dream of Me: A Sweet Contemporary Romance by Delaney Cameron