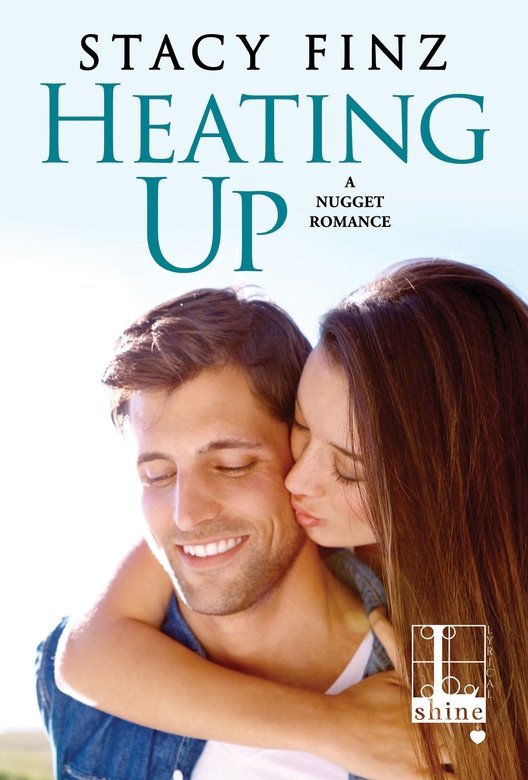 A HEATED KISS
Aidan lifted her in the air and spun her around. “You did it.”
Dana grabbed onto Aidan's shoulders, afraid he'd drop her, and quickly scanned the room for Carol, who seemed to have disappeared.
“I've got you, you know?” He continued to hold her as if she weighed nothing.
“Aidan, stop. I'm getting dizzy.”
“Kiss me first.”
“What? . . . Why?”
“Because I want you to.” He'd stopped the spinning and slowly put her down on the ground, tipping her head back so he could go in for the kiss.
It started out slow at first, just his lips brushing her lips, soft and supple. When she twined her arms around his neck, he went in for more, melding his mouth to hers, working his way between her lips with his tongue. He tasted so good, like warm, sweet breath and yearning.
Cradling the back of her head in his hands, he hummed his pleasure as he took the kiss deeper . . .
Books by Stacy Finz
GOING HOME
Â
FINDING HOPE
Â
SECOND CHANCES
Â
STARTING OVER
Â
GETTING LUCKY
Â
BORROWING TROUBLE
Â
HEATING UP
Â
Â
Â
Published by Kensington Publishing Corporation
Heating Up
Stacy Finz