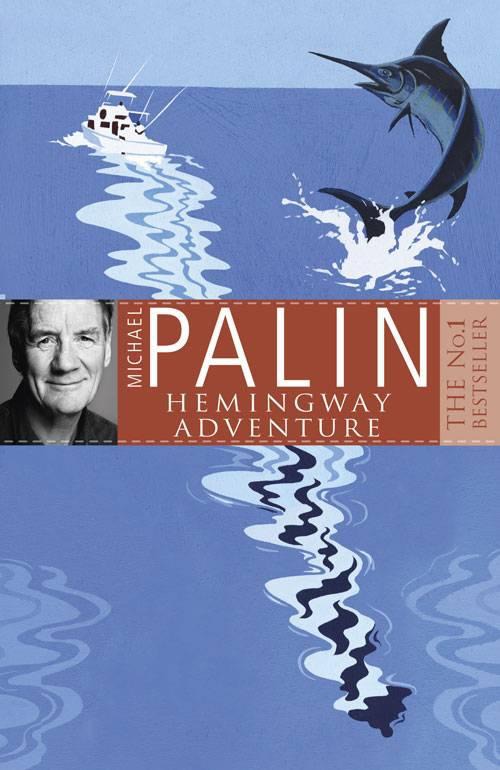 MICHAEL PALIN
is a scriptwriter, comedian, novelist, television presenter, actor and playwright. He established his reputation with
Monty Python’s Flying Circus
and
Ripping Yarns
. His work also includes several films with Monty Python, as well as
The Missionary, A Private Function, A Fish Called Wanda
,
American Friends
and
Fierce Creatures
. His television credits include two films for the BBC’s
Great Railway Journeys
, the plays
East of Ipswich
and
Number 27
, and Alan Bleasdale’s
GBH
.

In 2006 the first volume of his diaries,
1969-1979: The Python Years
, spent several weeks on the bestseller lists. He has also written books to accompany his seven very successful travel series:
Around the World in 80 Days
(an updated edition of which was published in 2008, twenty years later),
Pole to Pole, Full Circle
,
Hemingway Adventure, Sahara, Himalaya
and
New Europe
. Most have been No 1 bestsellers and
Himalaya
was No 1 for 11 weeks. He is the author of a number of children’s stories, the play
The Weekend
and the novel
Hemingway’s Chair
. Visit his website at
www.palinstravels.co.uk
.

Basil Pao began his photographic career in 1980 on his return to Hong Kong after ten years in the United States, where he was an art director for Atlantic, Polygram and Warner Bros. He first worked with Michael Palin on the design for the book accompanying Monty Python’s
Life of Brian
. They have since collaborated on the books based on his seven travel series. In 2007 he wrote and photographed
China Revealed: A Portrait of the Rising Dragon
.

The moral right of Michael Palin to be identified as the author
of this work has been asserted in accordance with the
Copyright, Designs and Patents Act 1988.

All rights reserved. No part of this publication may be reproduced, stored in a retrieval system or transmitted in any form or by any means, without the prior permission in writing of the publisher, nor to be otherwise circulated in any form of binding or cover other than that in which it is published without a similar condition, including this condition, being imposed on the subsequent purchaser.

This ebook produced by Jouve, France

To live in one land is captivitie

Hemingway Adventure
was assembled from diaries and notes I kept during, before and after the filming of the television series. It is not, nor is it intended to be, a transcript of the series. The book has a life of its own.

When I first heard of Ernest Hemingway I was a teenager living in Sheffield, an uncompromising industrial city without a hint of glamour, until recently, when the demise of its industry became the subject of a film called
The Full Monty
. A few days before my thirteenth birthday I was sent to a boarding school at Shrewsbury. When the time came to take my ‘A’ level examination in English, Hemingway’s
A Farewell to Arms, For Whom the Bell Tolls
and
The Old Man and the Sea
were the most, indeed only, modern works offered on the course. My teacher recommended them and, as a taster, I took them with me on the annual summer holiday to Southwold.

As the grey North Sea rolled on to the wind-swept Suffolk beach I trudged through the unfamiliar prose, but at night I couldn’t get it out of my mind.

The sense of place, the intensity of smell and sound, the sheer physical sensation of being taken somewhere else was fresh and powerful and exhilarating.

I would lie in bed and follow retreating armies down dusty Italian roads and feel the heat of Spanish squares and stare up into the wide skies of Castile and sense the cold at night in a pine forest.

Hemingway’s world was close and uncomfortable and itchy and sweaty and frequently exhausting. It was, I felt, the real thing. To experience it would require the ability to absorb a little punishment, it would demand an open mind and a degree of recklessness. But it could and should be done. This stuff was too good to be wasted on exams, I must be bold and fearless and go out there and do it for myself.

Unfortunately, in the late 1950s there wasn’t much call for provincial English schoolboys to carry mortars up Spanish hillsides, and though I had a goldfish I hadn’t fought for seven hours to land it.

So boldness and fearlessness were put on hold and I packed the books into the back of the car and looked out at the Newark Bypass as my father drove us back to Sheffield, holidays over for another year.

But something was different. After reading Hemingway I felt I’d grown up a little. Lost my literary virginity. Books would never be quite the same again.

Life, on the other hand, was just the same.

I passed the exams and never read Hemingway again for nearly thirty years. Then someone gave me a copy of his collected short stories. It took just one of them - ‘Hills Like White Elephants’ - to bring it all back.

The girl stood up and walked to the end of the station. Across, on the other side, were fields of grain and trees along the banks of the Ebro. Far away, beyond the river, were mountains. The shadow of a cloud moved across the field of grain and she saw the river through the trees
.

Nothing more than that. An image, clean and simple, which was to me as intense as opening a window and gulping in the air. And at that moment the phone rang. It was someone from the BBC asking if I would be prepared to take on a new sort of challenge. To travel round the world in eighty days, non-stop, no cheating, no aircraft.

Well, of course it didn’t happen
quite
like that, but it is true that from the moment I started out on what became three long television journeys I realised that the pleasure I was getting from often uncomfortable and frustrating adventures was not a million miles from the buzz I had felt on those days on the beach when I first encountered Hemingway’s world.

More recently, when it came to writing my novel, who should come muscling his way into it but Ernest Hemingway, and where was it set - in a small town on the Suffolk coast. It was clear that we were on a collision course. For my research I began to read more about him. His letters, his journalism, more short stories, biographies and memoirs and the less fashionable novels. And in everything I read, good, bad and indifferent, the same quality that attracted me thirty-five years before attracted me all over again - the unforced, unsensational, uncomplicated and magical ability to bring the world to life.

And this is how
Hemingway Adventure
was born. His centenary supplied the spur, the BBC and PBS supplied the interest and I finally had the chance to experience those places that had fermented in my imagination for so long.

At the end of it, well, Hemingway’s world remains his. Great writing survives because it cannot be replaced, and because the process that created it can never be unpicked and replicated. And anyway, nothing stays the same, not even a mountainside or a pine forest. But I feel I’ve come closer to him. I have met people he met and travelled the way he travelled. There have been high times: in Venice, and chasing marlin on the Gulf Stream off Havana, and low times: finding the remains of his crashed plane in a small, fly-ridden town in deepest Uganda, or walking through the house at Ketchum where he ended his life; but there was not a day on the road when I didn’t think of him, this irascible, egotistical, obdurate figure whose writing had such ability to inspire.

I don’t think Ernest Hemingway and I would ever have got along. I don’t have the requisite amount of competitive energy. I don’t really care about catching more fish or shooting more ducks or having more wives than anyone else. He didn’t have much time for the British and he called London, where I live, ‘too noisy and too normal’. And comedy was never his strong point.

Our common ground, other than a fondness for cafes and bars and writing about the weather, would, I like to think, have been a love of adventure. Hemingway was the sort of man who made things happen. He was always making plans and going off to places and coming back and making more plans, and not just for himself but for everyone around him. It was a great ride and very few people managed to hang on all the way. And when it ceased to be an adventure, when he could no longer play the Pied Piper, when other people started to make the plans, he lost interest and quit, in the way he wanted to.

When we started our filming we couldn’t believe our luck. An entire collection of Hemingway memorabilia, 275 items from the man’s life, including unpublished letters and poems, signed wine-bottles, his Remington typewriter, even one of Ava Gardner’s brassieres, was to be auctioned in England in the first-ever sale of its kind in the world.

The night before we were to film, we received word that the sale was off. The entire collection had been deemed a forgery.

The sale itself was testimony enough to the enduring interest in all things Hemingway but that it should have been worth someone’s time to forge the entire contents is surely confirmation of god-like status.

It’s mid-afternoon UK time. British Airways Flight 299 is taking me from London to Chicago on the first lap of the Hemingway trail which will, all being well, lead me across the globe from Europe to America and Africa to the Caribbean. We’re passing over southern Greenland
.

Through breaks in the cloud I can see the polished white tablecloth of glaciers draped over the black spines of mountain ranges. There’s a tiny village far below. Find myself wishing Hemingway had been in Greenland, then I’d have to stop and investigate. Unlikely though, he didn’t like cold weather. Perhaps that’s why he left Chicago. The cluster of houses slips out of sight and ahead there is only ocean and ice
.