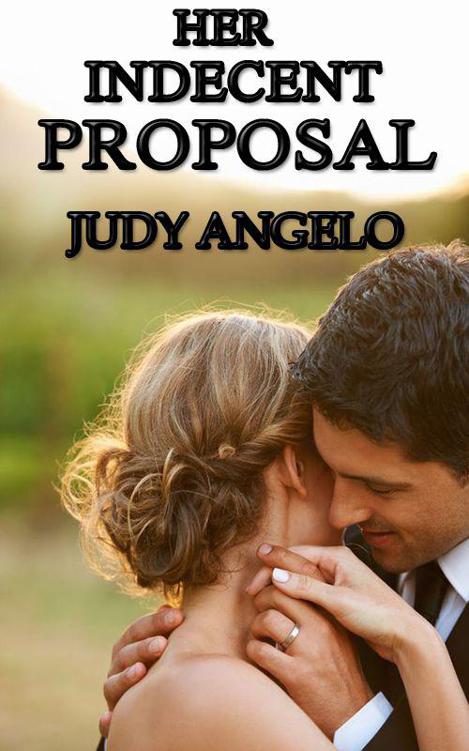 All rights reserved.  No part of this book
may be reproduced or transmitted in any form, electronic or otherwise
(mechanical, photocopying, recording or stored in a retrieval system) without
the prior written consent of the Publisher.  Such action is an infringement of
the copyright law.

This book is a work of fiction.  The names,
characters, places, and incidents are products of the writer’s imagination or
have been used fictitiously.  Any resemblance to persons, living or dead, is
entirely coincidental.

For
updates on new books visit:

Volume
1 -
Tamed
by the Billionaire

Volume
5 -
To
Tame a Tycoon

Two
free stories in the Mega-Collection

One
free story in each, Collection I and II

Purchase
collections and save!

(
NB
:
Not included in the Collections)

The
NAUGHTY AND NICE Series

Volume
11 - So Much Trouble

When
She Walked In

GIVE ME A BABY...NO STRINGS ATTACHED

Melanie Parker is at the top of her game.
Thirty-three years old, owner and CEO of Parker Broadcasting Corporation, with
assets totaling over a billion dollars.  There are many who would die to be in
her shoes.  But there’s one thing Melanie feels is missing from her life.  A
child.  She’s always dreamed of one day being a mother but just never found the
time to fall in love.  And now time is running out.  So she seeks out the one
man who she knows can give her what she wants and will demand nothing in
return, a man who’s a billionaire himself.

Sloane Quest can’t believe it when the
owner of Parker Broadcasting Corporation – his biggest competitor in the media
business – makes him the craziest of all proposals.  The decision he makes is
quick, and it probably defies all reason, but he has an ulterior motive which
will not be denied.

Complications, intrigue and a baby bargain
in the middle.  Can love conquer all?

“Thirty-three is not old,” Emily Parker gave her usual indulgent
smile.  “Look at your Aunt Cecilia.  She didn’t have her first child until she
was thirty-four.”

Melanie shook her head.  “You are so not the typical mother. Most
moms would be harassing me for a grandchild by now.”

Emily chuckled and the laugh line sank deeper in her sixty-four year
old face.  “The two I already have are more than a handful.”  She reached
across the kitchen table and squeezed Melanie’s hand.  “I would love for you to
have a child, dear, but don’t feel pressured.  Things will happen at the right
time.”

Melanie gave a snort.  “If things are going to happen they’d better
hurry up because I’m running out of time.”

“You want to do things the right way, Mel.  Find a nice man, fall in
love, and then think about babies.”

Melanie almost rolled her eyes but she stopped herself just in
time.  Now where was she going to find a man, fall in love, get married,
conceive and then give birth – all before her thirty-fifth birthday?  She was
going to be thirty-four in exactly three months.

And she absolutely had to give birth before her thirty-fifth
birthday.  That was her deadline, because wasn’t it at thirty-five that
fertility was said to decline dramatically?  And wasn’t that the age where they
began to consider pregnancies high risk?

She would never let that happen to her.  She was a woman who planned
all her moves strategically and being childless was not part of the plan.  She’d
written it all down in her personal book from as far back as her early twenties
– by age twenty-five complete MBA, by age thirty build Dad’s corporation into a
billion-dollar enterprise, by age thirty-four have a child.  Her younger sister
thought she was weird, writing out her whole life plan years in advance, but
that was just who she was.  Ever since she was a teenager she’d practiced
writing down her goals and had used those written goals to keep herself
focused.

And so far her strategy had worked – at least where the MBA and the
corporation were concerned.

“Mom, it’s getting late.  I’d better go now.”  Melanie got up and
went around the table to give her mother a hug.  “I’ll give you a call when I
get home, okay?”

“Okay, dear.”  Her mother gave her a squeeze before she released
her.  “And remember what I said.  Don’t force things.  Everything will work out
in good time.”

“Sure, Mom.”  As usual, it was easier to agree with her mother than
to argue the point.  “All in good time.”

That was what she said out loud but inside Melanie was busy
formulating a plan.  Because she never believed in letting things ‘just
happen’.  She already knew what she had to do so now she was busy plotting part
two of her scheme – how to get her man.

And she already knew the perfect one for the job.

Sloane Quest lifted his mug and took another swig of beer, savoring
the crisp liquid as it slid over his tongue.  He was early for his meeting with
the guys but he didn’t mind the wait.  He loved hanging out on the patio at Terasse
Suite 701, soaking up the spring sunshine.  Living in a city like Montreal
where you had to stay indoors most of the year you grew to appreciate the sunny
seasons and learned to take full advantage of them whenever you could.  And
that was exactly what he was doing this relaxing Sunday afternoon.

“Sloane, you beat me to it again.”

At the sound of Michel’s voice Sloane turned and when he saw his
friend laden down with catalogues and magazines, he grinned.  Ah, the pains and
troubles of a man preparing to get married.  “You know me,” he said, waving his
friend over.  “Always early.  It’s a habit I just can’t break.”

“Yeah,” Michel said as he got to the table and plopped down in one
of the empty chairs.  “Military training will do that to you.”  Then with a
look of disgust he dumped his armful of magazines on the table.  “Want to go
through these?  Celine said I should take them to show you so we can pick out
matching tuxedos, I guess.”  He said it with a grimace.  “Women.”

Sloane only laughed.  “It’s your wedding.  You pick out the damn
thing.  I’m only coming along for the ride.”

Michel gave him a scowl.  “You’re my best man.  Aren’t you supposed
to show support or something?"

“Yeah, by standing beside you and handing you the ring.”  Sloane
didn’t even try to hide his amusement at the look of distress on Michel’s
face.  When it came to weddings, that was a woman thing and the man involved
usually wanted it over and done with so he could get back to his normal life.
And obviously, Michel was no exception.

“You know what?” he said, picking up the first catalogue within his
reach, the one on top of the pile.  “I’m picking the one on page one, whatever
it is, and she’d better like it.”

Sloane only chuckled.  He knew better than to get involved in that
discussion.  Celine was a feisty one and if word got back to her that he’d
agreed with Michel on that strategy, she would let him have it.  A woman
planning her wedding was the pickiest, most cantankerous person in the world
and he planned to stay far out of firing range.  At least until the wedding was
over.

After flipping to page one and studying the tuxedos there, Michel shrugged.
“Looks okay to me.”  He flung the book onto the pile then his face cleared.
“There.  She can’t say I didn’t look at her books.”

Sloane cocked an eyebrow.  “A more accurate word would be ‘book’,
wouldn’t it?”

“As long as she doesn’t find out.”  Michel’s voice trailed off as
his gaze went past Sloane and he peered down the street.  “Hey, there’s Marc.
Patrick’s with him.  Just a sec.”  He stood and lifted a hand so their friends
could spot them in the Sunday afternoon crowd.  When they acknowledged him he
sank back down.  “They said they’ve got some ideas for a really whacky bachelor
party.”  He gave a snort.  “Knowing them, it will probably be something just
shy of illegal.”

“Yeah, you’re right.  They wouldn’t go that far.”  Michel gave a
sigh.  “I guess I’m just jittery after the last prank they pulled.  Hard to
believe we’re talking about two grown men, isn’t it?”  He shook his head as if
in disbelief.

Sloane chuckled.  “They’ve been like this since high school.  What
did you expect?”

“Maturity?”  He said the word but the expression on Michel’s face
said he knew it wasn’t going to happen any time soon.

“Soakin’ up some sun, eh?” Marc bent his long frame and sank into
the seat across from Sloane while the other man pulled out the last free chair.

“What did we miss?” Patrick asked as he sat down.

“Nothing.  I just got here,” Michel told them.  “Sloane’s been here
a while, though.”

“He’s lucky.”  Patrick jerked his head in Sloane’s direction.  “No
kids to babysit before running over here.  No wonder he’s always early.”

“Hey.”  Sloane put up his hands, ready to defend himself.  “Just
because I’m not married it doesn’t mean I don’t have a full life.”  He
shrugged.  “Okay, so you guys are married.  So what?  And you,” he eyed Michel
who had settled back in his chair, listening to the banter with great interest,
“you used to be on my side.  Now it’s me against the lot of you.”