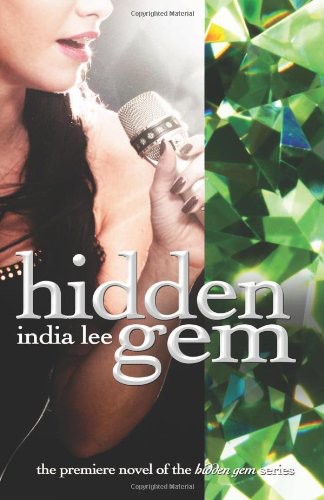 Names, characters, places and incidents are either products of the author’s imagination or used fictitiously.

Any resemblance to actual events or people, living or dead, is entirely coincidental.

It was hard for Gemma to imagine that she wouldn’t be wearing this outfit again in a long time, if ever.

She was powerful in it.

Not a set of eyes could resist staring at her in it. She loved it.

Over the course of the summer, the frantic rush to change into it for the final song had gradually gone from stressful to soothing.

Gemma knew that bringing out the soon-to-be legendary white feather and pearl ensemble meant the near finish of yet another triumphant show.

She stood still in the buzzing rush of makeup and wardrobe.

They swarmed her and painted her lips with Lavender Whip lipstick to match her famously lavender eyes.

The Bvlgari diamond cuffs were clasped around her delicate wrists. Once the dress was on, they swarmed again to drape the delicate headpiece on her.

They were careful not to let it snag on the big, dramatic twist of hair at the crown of her head.

“I hear a rumor,” Armand whispered scandalously as he fastened the clasps of her bracelet.

For a twenty-six-year-old, he could be easily mistaken for a giddy high school kid when it came to gossip.

“That someone special is in the audience tonight.

He emphasized the word “gorgeous,” his French accent making the news sound all the more alluring.

Gemma eyed him through the thin layer of pearls that hung over her eyes, unable to ask who with a makeup brush sweeping her lips.

She let it go.

As one of her best friends on the road, Armand was physically incapable of keeping secrets from her.

He would spill immediately after the show.

As they fussed over her, she ran her fingers along the soft feathers that covered her bust and reached up over one shoulder and around her neck.

Like a baby blanket, Gemma found the dress comforting – despite the corset and fifteen pounds of beading.

It meant that she had conquered yet another
city,
brought another fifteen thousand fans to their feet, chanting her name.

The tour had started at Wembley Stadium in London and now, at Palau Sant Jordi in Barcelona, she was conquering her final city for the summer.

After this, there would be no more arenas and legions of fans waiting for her.

It would be time for home – if she could even call it that.

As Penelope put finishing touches of gloss on her lips, Gemma suddenly felt a pang of anxiety. “Oh,” she put a hand to her stomach, the cold Mikimoto pearls on the bodice tickling her fingers.

Penelope’s eyebrows knit with confusion. “Nervous? For once?”

“Over what? Final
show
jitters?”

“No,” Gemma shook her head.

Penelope covered her mouth with surprise.

“Oh!
God
. Forgot about that,” she smiled, though it was more of a tense pursing of the lips.

Gemma cocked her head curiously, but Penelope quickly diverted her attention to her powder kit.

“Don’t try to pretend that you didn’t make a face!” Gemma laughed incredulously.

“What were you thinking? Tell me.”

Penelope shook her head of glossy copper hair, her excuse for silence being the makeup brush that she held between her lips.

Her hands busied themselves by prying the powder kit open.

“It’s nothing,” Penelope said, her eyes fluttering nervously as if trying to blink her thoughts away.

“I just flashed back to high school.

But I was a gawky kid and I hadn’t grown into my
schnoz
yet.

It’s different for you love, because you are impossibly
freakin
’ beautiful.

All the boys are
gonna
want you and all the girls are gonna want to
be
you.

Gemma sighed. “They won’t know that.”

Before Penelope could respond, the swarm enveloped Gemma once again and ushered her frantically towards stage.

Upon feeling the hum of the crowd pulsing through her body and the heat of the lights on her skin, the butterflies in her stomach fluttered away.

She caught her own reflection in a pane of glass on her way out and eyed her own silhouette.

The dazzling headpiece accentuated her elegant neck, which her mother did always say was one that could make supermodels envious.

Her long, toned legs looked incredible in the custom designed five-inch
Manolo
Blahniks
that she wore with ease.

And the dress, of course, was phenomenal.

To say the least.

At her cue, she sauntered onto stage with a cocky smile to the roar of worshipping fans.

She was, without a doubt from anyone, Queen Bee.

The music industry’s international It girl is closing her monumental summer tour of Europe this Saturday at Barcelona’s famed Palau Sant Jordi.

Since June, the stunning and mysterious Queen Bee – whose real name and identity have not yet been disclosed – has intoxicated fans in each sold out arena with her voice as well as her signature jaw-dropping outfits.

Her standout performance is no doubt the blockbuster single “Tell The World,” during which she sports a fine veil of beads and a stunning feather and pearl dress designed by Balenciaga.

Queen Bee, always traveling with members of her entourage and makeup team, has been spotted at all of Europe’s hottest shopping destinations in the past three months, including Milan’s Via
della
Spiga
and Paris’s Avenue Montaigne.

Recently, however, the megastar’s team has been forced to up her security due to the legions of fans
who
mob her upon sight, many of them desperate to uncover her true identity.

Despite the drama, Bee is undeterred.

“I love my fans and have nothing but gratitude for them. They give me my strength and without them, Queen Bee could never exist.”

“Sweetheart, you were
so
perfect last night,” Emily pulled her daughter close to plant a big kiss on the top of her head.

Gemma instinctively rolled her eyes the way she always had as a child.

It was a reflex despite the fact that she enjoyed the affection.

She didn’t get to see her parents often.

“Tell her Malcolm! We were just saying throughout the entire show how perfect it was, weren’t we?”

“Yes, you were fantastic, Gemma,” her father said.

Gemma took a break from her chocolate dipped
churro
to rub her sore ankle.

“Well, aside from me tripping on my heels backstage and falling on my face, I guess it was.”

“If nobody saw, it doesn’t count,” Malcolm said.

Gemma laughed as they got up from their chairs to head to their next destination.

It had been ages since she had spent quality time with her parents, and months since they had even seen her out of costume.

They had decided to catch her final show in Barcelona and take her shopping and sightseeing in a city they knew well from visits to friends in Spain.

They were reunited for the first time since flying into London together – Gemma so she could begin work on her tour and her parents so that they could move in with Gemma’s ailing grandmother in her Kensington and Chelsea flat.

Their hope was to bring her home to live with them in their Upper East Side townhouse by the time of Gavin’s high school graduation.

Grandma Audrey however, was very much attached to the home that she had lived in with Gemma’s grandfather before he passed.

“So,” Malcolm changed the subject to something that he was much more interested in. “Are you excited to go to school with Gavin?”

After only half a year at The Browning School, a private all boys academy, Gavin had gotten himself expelled for pulling an elaborate prank on a teacher who had humiliated his friend.

Gavin never revealed the details of the prank to his parents, but they knew that following his expulsion, the school posted a large bulletin reminding students that exotic animals brought onto school grounds was not just a breach of their conduct code but a violation of New York State Law.

Since other schools refused to take Gavin after what became known in the Upper East Side as “Capybara-gate,” he chose to live with their Aunt Mira in Beauford, New Jersey and attend Beauford High School.

Mira had plenty of room and had recently remodeled her house, which previously belonged to Gemma’s grandparents on her father’s side.

The small, affluent town was known for its exceptional education system and athletics – something that was important to Gavin as an outstanding shooting guard.

The change proved to be what he needed to refrain from disruptive mischief, although everyone knew that that side of him would never be completely gone.

“Of course I’m excited,” Gemma replied. “We haven’t hung out in forever.”

The concept of hanging out had become foreign to her – not just in the past few months, but the past few years.

Around the time of Gavin’s second year at Beauford, Gemma’s career took off.

After organizing an intricate performance complete with original song, dance and costume for her parents’ charity event, a friend of Mira’s took notice and shortly after, cultivated Gemma’s talent into the creation of Queen Bee.

Queen Bee quickly found a devoted following in Europe, Asia and Australia while the United States had shown very little interest until her most recent tour.

Emily was continually impressed and pleased with her daughter’s burgeoning career while Malcolm, who had not been born into his fortune, wished for his daughter to live a more conventional teenaged life.