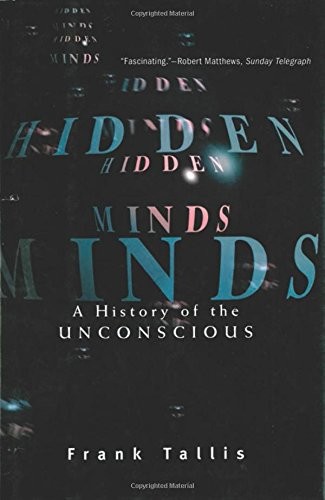 All Rights Reserved. No part of this book may be reproduced in any manner without the express written consent of the publisher, except in the case of brief excerpts in critical reviews or articles. All inquiries should be addressed to Arcade Publishing, 307 West 36th Street, 11th Floor, New York, NY 10018.

Arcade Publishing® is a registered trademark of Skyhorse Publishing, Inc.®, a Delaware corporation.

First published in 2002 by Profile Books Ltd in Great Britain

8. Darwin in the dark

9. The uses of darkness

I
would like to thank the following: Professor Michael J. Power for reading the first draft of this book and providing many helpful comments, Andrew Franklin for his expert editorial guidance, Wyliys Poynton for locating Myers’ (1886) article on the work of Pierre Janet, and Dr Jackie Andrade for directing me towards relevant research on learning under general anaesthesia. I would also like to thank Dr Doris Silverman and Dr Carolyn Ellman for providing me with biographical information on the late Lloyd Silverman. Finally, 1 would like to thank Nicola Fox for her invaluable assistance in the production of this book – at every stage, from conception to final draft. Needless to say, any flaws, errors, or shortcomings are entirely mine.

P
erhaps the first individual to acknowledge that some parts of the mind are necessarily unavailable for introspection was St Augustine. He wrote ‘I cannot grasp all that I am’, meaning that at any single point in time he could be aware of only a fraction of his totality. All his memories and knowledge — most of what contributed to his sense of self – remained beyond awareness. Augustine recognised that consciousness has a limited capacity. It is only possible to suspend a small number of images or words in the medium of consciousness. Yet, even when our conscious minds are fully occupied — watching a sunset, or reading a book – the ‘sense’ of being who we are is generally well preserved. Our personal history – recorded in the form of memories – although far too extensive to be squeezed into a single moment of awareness, continues to impress on us a unique sense of identity. We feel the presence of our unconscious mind like a ghost. Invisible, but nevertheless somehow there.

The concept of the unconscious is surprisingly ubiquitous; scientists and poets, philosophers and artists, neurologists and mystics have all explored or discussed the concept of the ‘unconscious’. It has been the subject of learned dissertations as well as films, plays, and even a hit Broadway musical. But what is it, exactly? And how important is the unconscious in contemporary accounts of the human mind?

Although the unconscious has been approached from a variety of perspectives, the term unconscious is generally employed to refer to parts of the mind (or processes operating within the mind) that are either permanently or temporarily inaccessible to awareness; however, beyond this simple description, two contrasting ideas of the unconscious have repeatedly found (or lost) favour.

Artists and writers have always favoured the former view. There are numerous accounts of great works of art being produced without any conscious effort. Schiller, Goethe, Mozart, Coleridge, and Blake all produced masterpieces which seemed to enter awareness whole – completed and ready for transcription; however, creative artists are not the exclusive beneficiaries of a bountiful unconscious. Many scientists and mathematicians – for example Poincaré, Gauss, Kekule, Bohr, and Einstein – aiso arrived at the solution to complex problems while dozing or simply going about their usual everyday tasks. Revelatory experiences suggest the existence of a sophisticated unconscious, capable of undertaking complex mental operations. Clearly, such an unconscious is a valuable resource. But can the unconscious be exploited? Can it be encouraged to produce great works of art and solve problems? And if instructed, will it obey?

In the past, many methods have been employed to tap the unconscious and harness its powers. In the eighteenth century early hypnotists discovered that the unconscious could be ‘programmed’ to influence behaviour long after subjects were roused from their hypnotic sleep. In the nineteenth century poets and writers took opium in order to liberate the contents of the unconscious (and were rewarded with awe-inspiring visions and dreams). However, the most recent and scientifically supported method of communicating with the unconscious is subliminal stimulation. This technique conventionally involves the very short presentation (for five milliseconds or less) of messages or instructions. These presentations are so brief that they are not registered consciously but nevertheless seem to enter and bias the processing systems of the brain. Some studies suggest that subliminal messages influence thoughts, feelings, and behaviour more significantly than the same messages shown above the awareness threshold.

In his
Introductory Lectures on Psychoanalysis,
written between 1915 and 1917, Sigmund Freud claimed to have delivered ‘the third blow’ to narcissistic humanity, Copernicus, he said, had delivered the first – wrenching the earth away from the universe’s centre – and Darwin the second, showing man’s descent from ape-like ancestors. By emphasising the importance of unconscious processes in mental life, Freud believed that he had delivered the third and most wounding blow in the sequence. He suggested that our most valued characteristics – free will, rationality and a sense of self – are mere illusions, and that we are all the products of unconscious and uncontrollable forces in the mind. Naturally, Freud met with considerable resistance.

Many commentators dismissed Freud’s claim as grandiose and by the middle of the twentieth century Freud and his ideas were falling out of favour. Behaviourism (a theoretical framework which eschewed consideration of mental states altogether) held sway in academic psychology, while in the clinic advances in drug treatments threatened to make psychoanalysis redundant. In addition, the advent of the modern computer had provided psychology with a powerful new framework and vocabulary with which to understand and describe mental processes. Subsequently, the unconscious -the mainstay of Freud’s intellectual heritage – seemed less relevant. It seemed like an idea too strongly associated with the past to have much of a future.

But what if Freud had been right? What if Freud did deliver the third blow? And what if the concept of the unconscious is every bit as important – and humbling – as the heliocentric universe or evolution? We are all familiar with the massive cultural impact of Copernicus and Darwin, but how would humanity respond to the final assault on its egocentricity? How would these new insights affect issues surrounding the exercise of choice and freewill? Issues surrounding the nature of identity? Selfhood? Morality?

Over the past fifty years the unconscious has made a comeback. Evolutionary theorists, neuroscientists, experimental psychologists, and those working in the field of artificial intelligence have all been forced to reconsider the concept of the unconscious. Gradually, individuals working in different disciplines, on different problems, but linked by a common goal of wishing to elucidate the properties of the mind, have been giving more and more emphasis to unconscious mental processes. Indeed, in the past half century the fortunes of the unconscious have been completely reversed. It ís now almost impossible to construct a credible model of the mind without assuming that important functions will be performed outside of awareness.

One of the greatest misconceptions about Freud is that he ‘discovered’ the unconscious. He didn’t. In fact, most of Freud’s ideas about the unconscious had been delineated and discussed (largely by philosophers and physicians) for over a century before his first relevant publications. Nevertheless, Freud can be justly credited with recognising that the unconscious was a very significant idea, and then popularising it with almost fanatical enthusiasm. Unlike his predecessors, Freud understood that the existence of the unconscious necessitated a complete revision of how human beings saw themselves. He rescued the unconscious from the rarefied world of academic debate and made it an indispensable addition to the modern vocabulary. Although Freud wrote extensively on many aspects of mental life, he felt that his greatest achievement was recognising the importance of the unconscious – hence, his unmistakable pride in having delivered ‘the third blow’.

Important ideas take a long time to yield up all their implications. In the custody of each new generation, a further application is discovered – another overtone, another resonance. Moreover, important ideas propagate slowly. There is usually a substantial delay between the inception of an idea and its subsequent widespread appreciation (particularly among the general public).

Although Copernicus proposed the heliocentric (sun-centred) universe in the sixteenth century, it wasn’t until the seventeenth or even eighteenth century that the educated classes of Europe realised that his observations represented much more than an astronomical discovery. The human race had been demoted. The human race no longer occupied a pre-eminent position in the cosmos. After Copernicus, the old medieval certainties (including an assumed existence of God) seemed less robust.

Likewise, it took over a hundred years for Darwin’s theory of evolution to be fully appreciated. Although evolution was immediately perceived as a challenge to religious orthodoxy (human beings were not created, but shaped by natural selection), it wasn’t until the late twentieth century that the awesome explanatory power of Darwin’s idea was really understood. Evolution could account for everything from the behaviour of micro-organisms to human altruism, the dance of the honey bee to men in fast cars. Moreover, Darwin’s principles had applications well beyond the confines of natural history.

In the early years of the twentieth century Freud asserted that almost all of the processes which determine who we are, and what we do, occur below the awareness threshold. Following the pattern set by his illustrious predecessors Copernicus and Darwin, it has taken nearly a century for the full significance of Freud’s ideas about the unconscious to be recognised. In the academic scramble to discredit Freud – particularly some of his more outlandish ideas on sex and sexual development – this, his most fundamental and defining statement, was never given the proper consideration it deserved. It is only now that the deeper implications of Freud’s ‘third blow’ are being fully appreciated.

Until relatively recently neuroscientists were in the habit of postulating some sort of ‘central executive’ in the brain. A place where consciousness ‘happened’. This idea is not very different from one proposed by Descartes, who in the seventeenth century suggested that consciousness was synthesised in the pineal gland. New models of brain functioning have, however, completely abandoned this approach.

Brain activity is distributed among numerous specialised sub-systems (i.e. groups of cells that work together to perform a particular function); yet none of these sub-systems is conscious. Moreover, there is no special place in the brain where the products of these sub-systems (such as the objects of perception and emotions) are knitted together. No place where a conscious experience is constructed. This has led many neuroscientists to conclude that the sense of self that we all share is nothing more than an ‘illusion; that
identity
is to the brain what the shape of a wave is to sea water. Contemporary neuroscience seems to suggest that our most prized possession – the ego -barely exists. We (as we know ourselves) have only a feeble claim on existence.