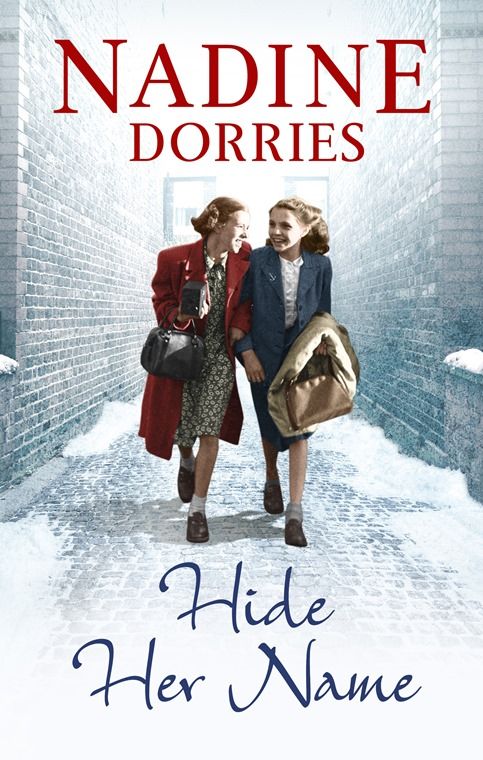 Also by this Author

For my late father George, the gentlest and kindest of all men, and my inimitable and beloved Irish nana, Nellie Deane, who stole me away from Liverpool in order that I would love Eire, as much as she.

I went out to the hazel wood,

Because a fire was in my head,

And cut and peeled a hazel wand,

And hooked a berry to a thread;

And when white moths were on the wing,

And moth-like stars were flickering out,

I dropped the berry in the stream

And caught a little silver trout.

When I had laid it on the floor

I went to blow the fire a-flame,

But something rustled on the floor

And someone called me by my name:

It had become a glimmering girl

With apple blossom in her hair

Who called me by my name and ran

And faded through the brightening air.

The Song of Wandering Aengus

‘S
TOP LYING ON
his pyjamas now, Peggy, and let yer man out to earn an honest crust!’

Paddy’s next-door neighbour, Tommy, impatiently yelled over the backyard gate as he and the Nelson Street dockers knocked on for Paddy. They stood, huddled together in an attempt to hold back the worst of the rain, as they waited for Paddy to join them.

Much to her annoyance, Peggy, Paddy’s wife, could hear their sniggering laughter.

‘The only reason he and Maura have two sets of twins is because he’s a dirty bugger and does it twice a night. I’ll not have him shouting such filth down the entry, now tell him, will ye, Paddy?’

Peggy and Paddy had spawned enough of their own children, but Peggy had never in her life done it twice on the same night. Every woman who lived on the four streets knew: that sinful behaviour got you caught with twins.

‘I wonder sometimes how Maura holds her head up without the shame, so I do. Once caught doing it twice, ye would know what the feck had happened and not do it again. He must be mighty powerful with his persuasion, that Tommy. Answer me, Paddy, tell him, will ye?’

‘Aye, I will that, Peggy,’ said Paddy as he picked up his army-issue canvas bag containing his dinner: a bottle of cold tea and Shipman’s beef paste sandwiches. Rushing to the door, he placed a kiss on Peggy’s cheek, his shouted goodbye cut midway as the back gate snapped closed behind him.

Each man who lived on the four streets worked on the docks. Their day began as it ended, together.

It took exactly four minutes from the last backyard on Nelson Street, down the dock steps, to the perimeter gate. The same amount of time it took to smoke the second roll-up as ribald jokes and football banter rose high on the air. When the sun shone, their spirits lifted and they would often sing whilst walking.

The same melancholy songs heard in the Grafton rooms or the Irish centre on a Saturday night sunk into a pint of Guinness. Melodies of a love they left behind. Of green fields the colour of emeralds, or a raven-haired girl, with eyes that shone like diamonds.

The Nelson Street gang was often delayed by Paddy at number seventeen and would pause at his back gate and stand a while.

Each morning, wearing a string vest that carried the menu of every meal eaten at home that week, Paddy sat up in bed, picked up his cigarettes and matches that lay next to an ever-overflowing ashtray on the bedside table, and lit up his first ciggie of the day.

He would often wake Peggy in the middle of the night with the sound of his match striking through the dark, providing a split second of bright illumination.

‘Give us a puff,’ Peggy would croak, without any need of the teeth soaking in a glass on the table next to her. Not waiting for nor expecting a reply, she would warily uncoil her arm from under the old grey army blanket and, cheating the cold air of any opportunity to penetrate the dark, smelly warmth beneath, grasp the wet-ended cigarette between her finger and thumb, put it to her lips and draw deeply.

‘Ah, that’s better,’ she would say. ‘Me nerves are shot, Paddy,’ and within seconds she would drift back to sleep.

This morning, the squall blew across the Mersey and up the four streets, soaking the men waiting for Paddy. They stood huddled against the entry wall, trying in vain to protect their ciggies from the downpour.

Paddy appeared through the gate, Peggy’s words at his back pushing him out onto the cobbles.

‘Yer fecking bastards, ye’ll get me hung one day, so yer will,’ said Paddy only half seriously to Tommy and the rest of the gang.

‘I was only joking, Paddy, I’ve seen a better face on a clock than on yer missus,’ said Tommy. ‘I knew ye was just stuffing yer gob with another slice of toast.’

‘Leave Peggy alone or I’ll set her on yer,’ joked Paddy. ‘She was kept in a cage till she was five. Ye’ll be sorry if I do.’

They all laughed, even Paddy.

Tall Sean, a docker by day and a boxer by night, joined in as he struggled to light up.

‘Never fear, Paddy,’ he laughed. ‘Yer a lucky man with your Peggy, her titties are so feckin’ big, ye could hang me wet donkey jacket off them with a bottle of Guinness in each pocket and it still wouldn’t fall off.’

They roared with laughter and with lots of matey reassuring pats on the back for Paddy, they continued on their way down the steps to face another day of hard graft on the river’s edge.

Boots on cobbles. Minds on the match.

From an upstairs window in the Priory, Daisy Quinn, Father James’s housekeeper, studied the dockers marching down the steps towards the gate, just as she had done every single morning since she herself had arrived from Dublin during the war.

In an hour, once she had cleared away the breakfast things, she would take her damp duster and move to another room, across the landing and look down on the mothers and children from Nelson Street as they walked in the opposite direction to that of the dockers, towards the school gates.

The Victorian Priory, large, square and detached, stood next to the graveyard and from each of the upstairs windows Daisy could alter her view: of the docks, the graveyard, the school and the convent, or the four streets. Daisy had her own panoramic view of life as it happened. There wasn’t very much about anyone or anything Daisy didn’t know. They all turned up on the Priory steps at some time, for one reason or another.

‘Daisy, have ye any coal to spare? We have none and the babby is freezing.’

‘Do ye have any potatoes or bread? A coat for the child to go to school?’

They were always wanting something and, sure enough, Father James could often solve the problem. They had cupboards in the Priory stuffed full of the clothes people donated for him to hand out to the poor.

But the father never gave. Mothers had to ask.

‘I am here to do God’s work, not the corporation’s,’ he would often boom in a bad-tempered way when Daisy asked should he take a coat or a pair of shoes to a family, after she had noticed the welfare officer knocking on their door.

But pride never stood in the way of a mother needing to warm a child, so beg they often did.

Occasionally people came for happy reasons – to ask for the father to perform a christening or a wedding – and when that happened, the father would take them into his study and Daisy would carry in a tray of tea and a plate of her home-made biscuits, just as Mrs Malone had taught her.

She almost always took back an empty plate. Hardly ever had Daisy returned a biscuit to the kitchen.

If ever a mother was too polite or too scared to allow her children to take one, Daisy would press a few into her hand at the front door, wrapped in greaseproof paper and tied up with string.

Daisy would have loved to have had children of her own.

She had arrived in Liverpool from Dublin to take her position at the Priory whilst still a child. She became an assistant to the fathers’ cook, Mrs Malone, and like most young girls she had a head full of dreams and plans.

Father James had disposed of those faster than a speeding bullet.

‘You will have one day and one night off per month,’ he told her, within moments of her being summoned to his study.

Daisy was a little disappointed by that news. She had been told by the sisters at the orphanage in Dublin that she would have one day a week to herself and a week’s holiday each year, during which she could travel back to Ireland and visit the only place she knew to be home, the orphanage where she had been raised since she was a baby.

Now, all these years later, Daisy could count the days off she had taken on one hand.

‘You must work hard and help Mrs Malone in the kitchen,’ the sisters at the orphanage had told her. And, sure enough, working hard was what she had done every day since.

Without a moment’s pain or illness and certainly without any warning at all, Mrs Malone had dropped dead, almost ten years to the day following Daisy’s arrival.

Mrs Malone had often told Daisy what a good worker she was.

‘I don’t know how I would manage without you, Daisy,’ she said, at least once a day. ‘The sisters may have said you were simple in the head, but I didn’t want you for brains, brawn was what I was looking for and you have plenty of that.’

Daisy smiled with pleasure. Being told that she was simple was not news to her, sure, she had heard it so often before. But the sisters had also said, ‘You can hold your head up with no shame, you were born to a very good family, Daisy Quinn.’

Daisy never thought to question why she was in an orphanage and not with her family. She had no real understanding of what a family was.

Claimed: The Pregnant Heiress by Day Leclaire
What She's Looking For by Evans, Trent
The Black Stallion and Flame by Walter Farley
The Body in the Kelp by Katherine Hall Page
Welcome to the World, Baby Girl! by Fannie Flagg
Shana Galen by When Dashing Met Danger
Snagged by Carol Higgins Clark
The Choirboys by Joseph Wambaugh
Jayne Castle [Jayne Ann Krentz] by Crystal Flame
The Tragedy of Loving Jamie Clarke by Cohen, Rebecca R.