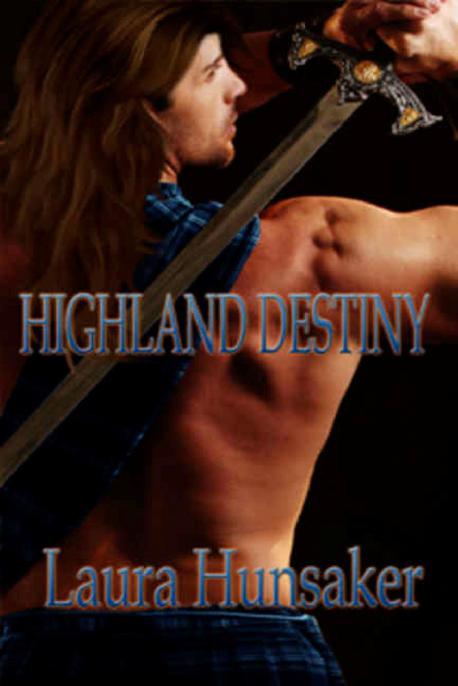 This is a work of fiction. All characters, events, and places are of the author's imagination and not to be confused with fact. Any resemblance to living persons or events is merely coincidence.

She looked across the room of dancing guests and swirling colors, and stared into the cold, hard eyes of her betrothed.

This was undoubtedly the most terrifying moment of her entire life. Her death was imminent, and unstoppable. And she knew. She
knew
that it would not be enough. Her death would not stop the pain and destruction that she'd so desperately fought to end. Her hopes had crashed the instant she had stared into those flat eyes. There was no hate, or anger, like she'd been expecting; they were just empty. And it scared her. But she refused to let the fear weaken her; she would meet her death with a stoicism she'd never dreamed she possessed. Before she could stop them, her fingers fluttered to her churning stomach betraying her nerves, but she straightened her spine and dropped her hand. With a careful expression of boredom, she walked forward, and sat down next to the man she'd agreed to marry, the man who would kill her by midnight. And she prayed without much hope that her death would be enough.

The man was too real. He had cold blue eyes and blond hair and glared at her from across a crowded room. People danced in colorful costumes, but she never could make out anyone's face...all she could see was the anger and
hate
radiating from the man with the blue eyes. And she was drawn to him like a magnet to steel.

She'd been having the same dream since she was a teenager, but it still left her with that familiar feeling of fear when she woke. Today, Mackenzie woke up in an unfamiliar room, and to the misty grey light of a Scottish morning.

Scotland! She was on vacation in Scotland! How could she possibly have forgotten that? The joy of her vacation released her from the annoying fear of a non-nightmare. That's what she'd taken to calling the dream, for it wasn't really a dream, but neither was it a nightmare. The excitement was apparently too much for her best friend Jenna, who was in the neighboring suite, because she knocked, well banged, really, on the door and hollered,

"Wake up Sleeping Beauty! Don't make me drag you out of bed!!! Our tour of the castle starts in less than ten minutes!

Did you know that they've filmed movies at this castle? I want to see the sets

"I'm up, I'm up!" Mackenzie smiled as she let her impatient friend into the room. "Gimme five minutes, and a cup of coffee...then we can go. Deal?"

"Deal. And I brought you a cup of coffee." Jenna held the coffee towards Mackenzie, knowing her best friend needed at least a pot to get going in the morning.

Really it was more like fifteen minutes and two cups of coffee since Mackenzie made more coffee with the complimentary coffee pot in her room. But Jenna and Mackenzie had been friends since elementary school, so she knew it wouldn't bother Jenna in the slightest that they were a little late joining the tour. Mackenzie had even sacrificed her fashion sense by wearing tennis shoes rather than the trendy wedged espadrilles that had cost more than the last tune-up on her car! They hustled off to the lobby, where the receptionist had told them in her lilting Scottish accent...so musical to American ears...that the group should be in the castle's Art Gallery by now, and pointed the way.

The art gallery was really the second floor of what was probably the ballroom, or billeting room according to the tour guide. On one side was the balcony looking down over the ballroom, which was now a five star restaurant, and on the other side were floor to ceiling bookshelves with oil paintings of every lord and lady who had ever resided in the Eilean Donan Castle. It was a half circle that had benches and arm chairs scattered every so often. Once they had walked 8

through what Mackenzie thought of as a loft, they approached the tour, which was halfway across the gallery.

"Wow," gushed Jenna, "I can't believe that we're in a real castle! They say it's haunted by the ghost of the last laird, whatever that is. Supposedly, he died miserable and alone, pining away for his lost love. No one knows what happened to him." She sighed dramatically. "It's so romantic. Maybe we'll meet a handsome prince and he'll sweep us away into a fairy tale romance!"

Ever practical, Mackenzie said, "But if there's only one prince, how will we decide who gets him? Besides, I think the last guy who lived here was a lord or an Earl or something, not a prince."

Jenna stuck her tongue out at Mackenzie and retorted,

"Fine, I get to keep the prince since you're being a pessimist!"

"No, just a realist. But alright, fine, if we should meet any handsome princes here, they're all yours." Her voice dropped to a whisper as they approached the tour group.

"I only need one." Jenna's wistful comment was cut off as they were hushed by someone in the group. She stuck her tongue out at his back.

Mackenzie was in no mood to look for handsome princes.

few times they had come close to getting intimate, he would tell her it was her fault he couldn't perform, or that she wasn't adventurous enough for him. Eventually they had quit trying. Once Mackenzie had caught him in the act with another woman, well she hadn't looked back as she walked away. She'd been an accessory to him, nothing more. She was tired of being treated like a thing, an inanimate object.

Besides, she didn't really think that she was all that beautiful.

She knew she was pretty, and when all dressed up, she knew she could turn a few heads, but her hair was too unruly to be beautiful, and her nose was straight, rather than turned up like Jenna's cute little nose. She was tall, as well. Jenna was a petite, adorable girl who tugged at most guys' instinct to protect. Mackenzie had been comparing herself to Jenna for too long, and shoving that train of thought out of her head, tried to focus on the tour.

The question came from a teenage girl to the left of Mackenzie and Jenna, and everyone turned to look at the oil painting that was hanging on the wall next to an immense bookshelf. Mackenzie's heart stopped. He was the most attractive man she had ever seen in her twenty three years!

No, not attractive, but drop dead gorgeous! He had sapphire blue eyes, and dark hair that touched his shoulders. The bright blue was in stark contrast with the dark hair and bronzed skin. He stood brandishing a two-handed claymore, the standard weapon of choice for the Highland warriors, with one leg braced on a rock. His white shirt and kilt made him look like a gentleman, but the look in his eyes was that of a 10

fierce warrior. It was those eyes that caught and mesmerized her; they seemed to stare right into her soul. Mackenzie couldn't hear one word the tour guide said about him because her heart had restarted and it was pounding double-time in her ears.

Jenna whispered to Mackenzie, "I'll take him, prince or not!" Mackenzie barely managed a smile for her friend, and just nodded wide-eyed at the painting. "Hello? Earth to Mackenzie? Are you there?" Mackenzie shook off her mental stupor and turned to Jenna.

"The tour moved on a couple minutes ago, are you just going to stand here and stare at this hunk of a man who died like 200 years ago? Not that I blame you; he is totally HOT!"

Jenna giggled, and grabbed Mackenzie by the arm to drag her back toward the group.

"You know what? I think I
will
just sit here and ogle him for a while." Jenna gave Mackenzie a look that clearly questioned her sanity, as Mackenzie pulled her camera out of her purse and snapped a few photos of this handsome warrior.

"Whatever, Kenzie. I'm moving on to reality. There's a super cute guy who is vacationing with his two roommates, and they are both just as hot. Ooh, and they have sexy Italian accents."

"Okay, go have fun. I think I'll sketch this painting."

"And I thought you were the realist," Jenna teased. But when Mackenzie just turned back to the painting, Jenna 11

grumbled, "Whatever. Enjoy your painting, I'm going to make plans with the hot Italians."

Mackenzie mumbled something incoherent to her and turned back toward her room to grab her sketch pad.

Sitting in the art gallery, sketching, and staring into those fierce blue eyes, Mackenzie lost track of time. It wasn't until someone tapped her on the shoulder and said a polite

"Pardon me, lass?" that she even glanced around her.

"Hmmm...yes?" Her vague expression focused on two men dressed in period garb. She didn't remember the tour guide wearing a costume, strange. Were they employees making sure she was where she was supposed to be? Where was she supposed to be? What time was it? It looked dark out.

"Would you be Miss Stewart?" The man who spoke to her was old, no,
ancient
would be a better word. He was hunched over and his wispy white hair hung past his shoulders. His face was creased with paper thin skin that looked brittle, as if it would tear if he smiled or frowned too quickly. His partner was middle-aged, and non-descript. There was nothing interesting about him; average height, medium build, brown hair. Both had dark cloaks draped around them and black boots that went up to their knees,
like
pirates
, she thought absently. And both had the same excited light in their dark squinty eyes.

"What can I do for you?" Mackenzie asked by way of answering their question.

"You can come with us," the middle-aged man demanded.

"Why? Is something wrong?" Her thoughts turned to Jenna and her Italian lunch dates. "Is it Jenna? Is she alright? If 12

those men did anything to hurt her..." she trailed off at the looks on their faces. They both looked slightly uncomfortable, as if they were about to say something unpleasant. "What?