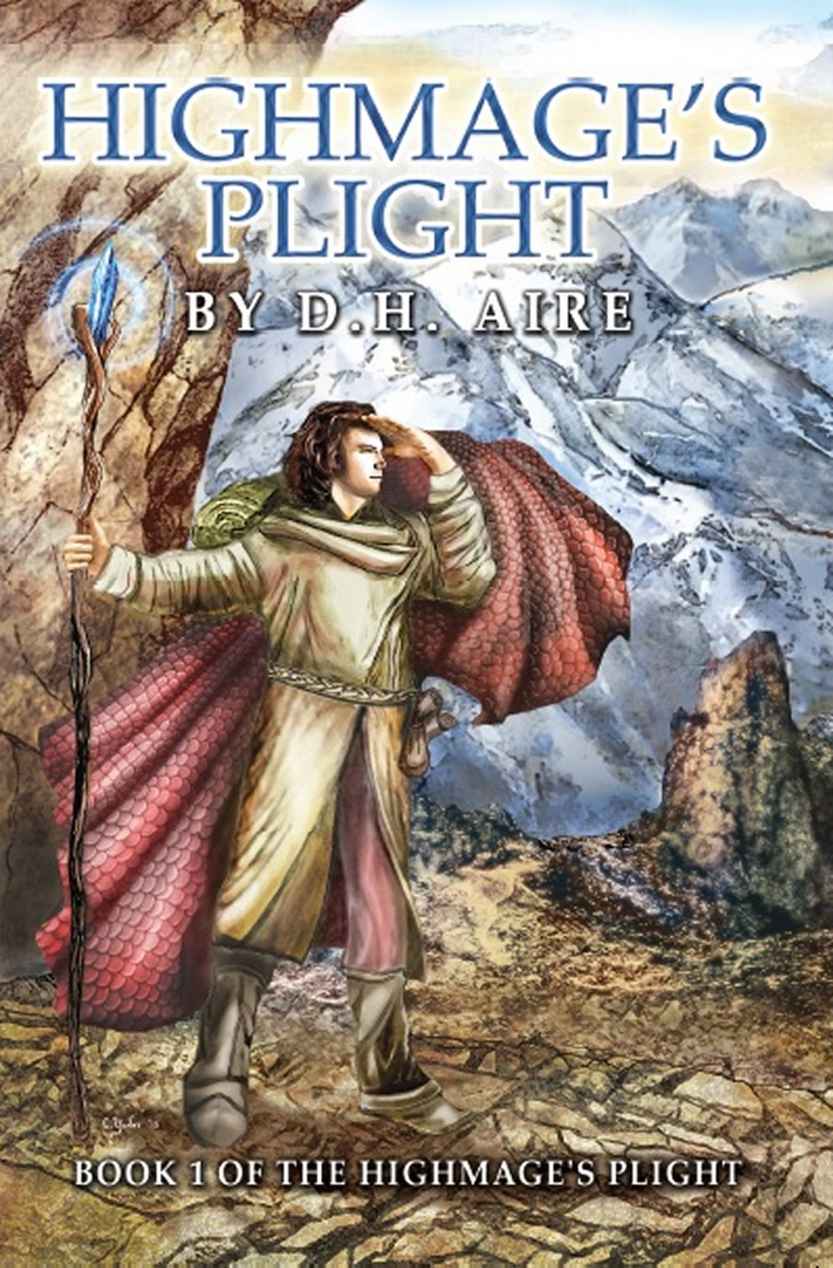 ALL RIGHTS RESERVED:
No part of this book may be reproduced, stored in a retrieval system, or transmitted, in any form or by any means, without the prior permission in writing of the publisher, nor be otherwise circulated in any form of binding or cover other than that in which it is published and without a similar condition including this condition being imposed on the subsequent purchaser. Your non-refundable purchase allows you to one legal copy of this work for your own personal use.  You do not have resell or distribution rights without the prior written permission of both the publisher and copyright owner of this book.  This book cannot be copied in any format, sold, or otherwise transferred from your computer to another through upload, or for a fee.
Warning:
The unauthorized reproduction or distribution of this work is illegal.  Criminal copyright infringement is investigated by the FBI and is punishable by up to 5 years in federal prison and a fine of $250,000.
Publisher’s Note:
This is a work of fiction. All characters, places, businesses, and incidents are from the author’s imagination. Any resemblance to actual places, people, or events is purely coincidental. Any trademarks mentioned herein are not authorized by the trademark owners and do not in any way mean the work is sponsored by or associated with the trademark owners. Any trademarks used are specifically in a descriptive capacity.

Hooves clomping down the woodland trail, the unicorn raced, as it had too often during its unceasing vigil these past five thousand years. Horn aglow, it called across hundreds of leagues to give warning to the only one left who might foil the Demonlord’s madness. Goblins attacked in numbers uncountable as trumpets blew seeking to rally the faltering Imperial legionnaires, many of whom were being dragged down from the walls of their stone border fortresses.

The chorus of trumpets faltered and a final note abruptly ended as its signaler was cut to pieces by goblins howling in glee.

A goblin mage turned and pointed south at the retreating shape of the unicorn, racing toward the kingdom of Gwire and the Imperials border beyond it. “Stop him!”

Scores shoved past their maniacal brethren who still fought the desperate legionnaires in chainmail stained red. Howling, they gave chase to the distant blur of white.

With a backward glance, eyes wide, the unicorn saw his pursuers. Thoughts flickered to when this had all begun so long ago.

The unicorn galloped down the nearest trail, leaping the brush. The trees of the Great Forest screamed as axes smote their bark and dug deep into their wooden hearts.

Two humans paused to heft a longsaw as unseen eyes watched from the dense thicket and the breeze carried the trees cries far and wide.

“They dare?” the elvin prince whispered to his companion.

“All they seem to know is how to destroy,” Lord Summer muttered.

“Likely why they crossed the galaxy in that behemoth out there.”

The ship that had fallen from the stars lay beached like a great leviathan where it clove the hills for leagues to the east.

“By now earth is a lifeless rock,” Lord Summer said.

“I understand the ancestors’ decision to leave their world rather than conquer it. But the humans have no right to commit their atrocities on this world…our world!”

“The tales of them warned they would treat their world like this. The king will have to take action now.”

They winced at the sound of a tree falling to the earth. “It will not be easy,” Summer said glancing at the unicorn that had silently joined their vigil.

The stallion shook its head, horn aglow. Across the heartland of the People, the Guardian of the Gate saw through the unicorn’s eyes. Thousands of humans were building settlements and now encroaching on lands that they would never possess.

Something large and silver shot across the sky. Humanity was not as the elves remembered. They had tricks, created light, machines that built structures and mined the earth of metals. Above the elvin lords a falc soared, watching, no more pleased by the humans’ actions than they.

“My father cannot but wage war on them now.”

Years passed, the unicorn’s hooves chomped down a burned and rutted trail as the last stallion left the ruined lands laid waste after battles unremitting in the war most terrible. Refugees struggled onward. Those too weak to survive lay dead of starvation or pestilence. Elvin curses marked not a few of the faltering humans. No silver sky runners challenged the horizon any longer. No weapons of light or black powder smote the mageborn or their kindred, which had killed thousands of brave warriors and their helpless kin when they were driven from their homes in the trees and burrows beneath the earth.

The Great Forest, which the elves had sought to save, was no more, ravaged in the flames of hatred, a hatred that had driven the Elfking beyond madness.

An old woman urged a dozen orphaned children to their feet then saw the unicorn observing them, seemingly appearing from nothing.

The unicorn blinked, towering about the woman.

The old scientist ignored the child’s shout, knowing they had the most to fear having lost so much. But she could care less. The worst had already happened.

“Oh, don’t give me that,” she rasped at the mythical creature as the refugees looked about anxious and afraid. “Name’s Estha McQuin, I suppose I’m the
de facto
leader around here.”

The stallion’s horn glowed and distant eyes now looked through its gaze.

“Grandmother!” her granddaughter Anniya cried, running up from a group of injured she’d been trying to help to no avail.

“Oh, hush, dear. We’re only having an impromptu parley.”

Anniya stared but came no closer as the old woman raised her hand and stroked the white unicorn’s soft face.

The unicorn snorted. “See? We mean you no harm. Look, we’re starving. We’re no threat to you or your friends anymore. Anyway, your magic has won the war, making most of our scientific laws moot. So, let’s leave the stupidity behind. We could use your help.”

The unicorn’s horn glowed and his eyes suddenly glittered, glancing at the thousands who had traveled so far yet were still far from safety.

You must head west and south
, a deep melodic voice said in her mind.

“West and south?” the old woman muttered. “And your people?”

The Guardian paused, looking out through the eyes of the unicorn, knowing his people had suffered as greatly as this remnant of humanity. “
North where the Forest still thrives.”

“
West and south. The unicorn shall lead you.”

The aged elf stared into the fire so many leagues distant. “
You are… welcome
.”

The Guardian looked up from the mageborn fire, the unicorn seeing through him. He rose, calling representatives of the remaining Great Houses. They gathered, looking drawn and haggard.

A scarred veteran glared, “Look at us. We all know the truth. We all feel it! I, for one, didn’t fight only to die bled to death of spirit by what once my king!”

That set off the debate on what must be done.

The Elfking, in his madness, was calling magery about him, cackling and demented, dark and bitter, colder than winter. “I shall eradicate every last one of the vermin! Every last one for what they have done! I shall feast on them all! Feast!”

The ranting echoed across the winds carried from the leafless trees stripped of life by the mad king’s spells.

“We have a choice,” the Guardian told the assemblage as the People, young and old, cringed. “Give in to the madness and give up our last shreds of a soul or walk a new path, one with the humans.”

They argued, seeking some other way to avert disaster.

“The demon possessing our king is too powerful!” one elf lord shouted.

“We gave him our oaths!” another cried.

“We swore to the Elfking, not to that thing!” a mother, clutching her young child yelled.

“He will destroy us all with the powers he raises!” others chorused.

The Guardian nodded, “Yet we have one hope, if we stand together.”

They looked at each other and made decisions that sealed their fate. The assemblage grew smaller as the Guardian called to the Gate.

Time seemed to pass in the blink of an eye as the Gate responded to that summons, for the human refugees days passed as they headed west and south led to untainted free flowing rivers and streams, apple-like fruits, berries, and game in abundance. The unicorn rode at the head of the refugee column with Estha McQuin and her granddaughter upon his back, directing the remnant of humanity.

The unicorn paused as storm clouds massed in the north. Its horn suddenly blazed with brilliant light. Neighing, it bowed to the earth, allowing the two women slid off its flanks.

“We come!”
the Guardian cried.

The humans knew not what was happening as the winds of magery began to reach southward. Darkness ripped reality as the Gate opened, and scores of elves appeared from its midst, fleeing their former king’s madness.

The refugees trembled and drew back.

“Ward!” the first through shouted as his kindred raced to establish a perimeter, setting a defense they feared would do little good against the forces raised.

The demon’s laughter echoed across the growing wind. Then the Guardian stepped through, knowing no others were coming to join them, knowing their decision meant their doom.

His silver hair blowing wildly behind him, he shouted in elvin, raising the full power of the Gate against the raging winds that knocked the humans from their feet, which was only the wave front for what was to come. The rippling darkness twisted about, bending reality as it rose into the sky to meet the evils threatening them all.

And so the new age began in a battle of magery with the survival of humanity and the traitorous elves that had abandoned their mad liege at stake. It was a battle neither side won as the Guardian called up the Gate. It burst forth above them in the sky swallowed the roiling winds of the
demon wrought life stealing magery
cast by their once great king far to the north.

The clouds parted as the unicorn reared, sunlight bathing him. Estha McQuin rose, dusting herself off and shouting at her granddaughter and their people, “Well, you lot, show some hospitality to our friends! They look worse for wear than we do!”

The unicorn had watched as the goblins, descendants of the elves who had, out of fear, remained loyal to the twisted demonic shadow of the Elfking. They broke through the Imperial mages’ wards as they had too often over the centuries, but this time as the legionnaires fought to turn them back something was amiss.

Goblins screamed, cutting down the legionnaires and their mages defending the borderlands.

The unicorn reared and called a warning that echoed through the ether that reached the latest Guardian of the Gate in his study, at the very heart of the Empire.

The stallion raced south, its goblins pursuers bounding ever closer. He had to see what other mischief the Demonlord had managed, that he might relay it as the Highmage hurried to sit before his fireplace to establish a full mental link, afraid of what he was to learn.