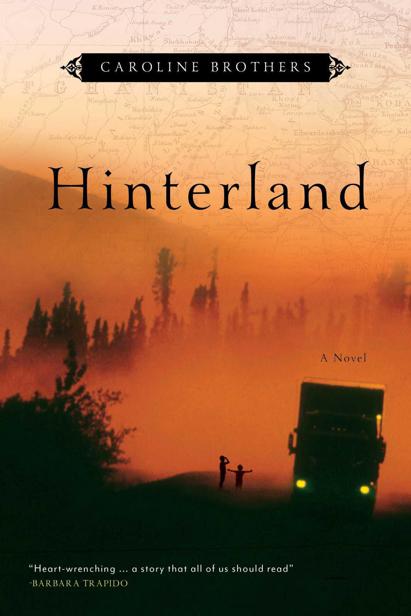 ‘When you start on the way to Ithaca,

Wish that the way be long’

‘How should I make a life?’

In invisible squadrons they arrive by night, feather-damaged, pectorals and sinews aching from constant striving into the coastal headwinds. Something otherworldly reels them in to precisely the right place. The little tunnels in the cliff face are still there from the year before, the faded white flags of guano still staking out their entrances in the crumbling loam. Some of the burrows are caving in where the roots of spinifex grass have failed to hold the ceilings intact. Still there, nevertheless, despite the wind and sea-damp and erosion – the shelters where they themselves had hatched, and where their offspring too would huddle before that one long swoon off the cliff-top, all life rushing in on winds that come screeching over the sea and smash into the overland air currents, all faith all consideration all thought displaced by that one most terrifying of instincts: that first blind leap into flight.

It was no secret, and yet it was one of nature’s secrets merely because, for eons, it had not been pieced together by man; the long pilgrimage south over abacus island chains, the vast blue meniscus of sea, the ragged coasts of continents unscrolling below like a map, and eventually, arrival, of sorts: staggering on spindle legs, tattered wings flapping once, twice, before folding like pale umbrellas. Theirs was the graceful recovery of dignity on an island at the southernmost tip of the world. Then, the forlorn muster of those who had made the distance, the others lost somewhere along the highways of ocean and wind and sky. The mating, the laying, the hatching, the fishing, the feeding. And finally, with the ancient earth tilting on its axis, the long journey north, offspring abandoned to the same instinct of navigation that had thrust them and their parents and their parents’ parents into one long relay of survival that was predicated upon one overriding task: beating out those nautical miles under the magnetic pull of the sun.

They have arrived two weeks too late and the river is in flood.

The snows in the distant Balkans have melted early, swelling the rivulets and the mountain streams that feed the wide border river with its annual harvest of silt. The rising waters nuzzle the tree-trunks and steal into the rice paddies that stretch across no-man’s-land, turning the fields into opalescent reproductions of sky. Even during the day there are no birds, nor any stirring of life.

Aryan pushes his dripping hair out of his eyes. Beyond the bridge he can just make out the naked trees and in the distance, the steep rise of the far bank that leads to the motorway in Europe.

‘Follow me,’ says the boy with the withered arm.

The men fall into line, fifteen of them, stumbling through the waterlogged land. They stick to the small ridges between the fields, hopping between islands of grass and earth. Aryan can feel the water seeping into his trainers, into socks slowly corrugating under the soles of his feet. His shoes suck and slide with every step; he winces at the sound his fraught mind amplifies for miles across the gloomy landscape. Ahead of him, his friend curses his blisters under his breath; between them, Kabir makes big strides on stocky legs, weaving in an extra skip so as not to fall behind.

The hanging clouds which have left so small a ledge between earth and sky mean that tonight, at least, there is no danger of any moon.

Once they halt abruptly. They can see the torches of the border guards blinking and bobbing like fireflies along the narrow bridge. Aryan hopes the soldiers will be unobservant this night; the crossing will end in ambush if the boy’s people are on the take from both sides.

Word of mouth – the cumulative wisdom that travels the same routes as men in flight over rugged lands – has warned him about the Turkish jails where those caught in the borderlands rot away their lives. Crouching in the drizzle and the mud, he prays that he has not been wrong to trust this misshapen boy.

But it is not the lights on the bridge that have made their guide so suddenly freeze and drop to his knees. His ears have picked up the sound long before Aryan makes out the grey shadow nosing along the road they have just crossed: an army vehicle, lights out, en route to the military buildings clustered round the bridgehead.

They wait, hunched over but exposed in the open field, scarcely daring to breathe. Aryan can feel the water that has soaked the bottom of his jeans creeping above his knees; there is no give in the fabric where it sticks to his legs, and the wind against it turns his skin to ice. His teeth chatter loud as a sewing machine inside his skull. The warmth leaches out of his muscles, and tiredness weighs like a bad dream.

Finally the boy stands up. The vehicle on its lone mission has disappeared; the soldiers in its fuggy warmth have not seen or not wanted to see the bedraggled creatures cowering against the dark. Unfolding aching limbs the band resumes its march, leaving the sinister hulk of the bridgehead far behind.

It seems as if they have been walking for hours. Aryan keeps his eye on the treeline on the far side of the fields, and notices the water level rising as they approach. He can’t hear the river but he can smell it before they reach it, the odour of mud and decomposition and the chill breath of water layering the damp night air. He rolls up his saturated trousers.

In the dimness, the boy slips out of sight and then suddenly reappears, deft as a heron, shoving an inflatable skiff with a long pole. From inside it he produces a heap of sagging rubber and an air pump that the men take turns to use.

The Evros is wider here but the current is still strong. Aryan has never seen so daunting a river – nothing like the waterways at home that dried out in the summer but turned into ravenous torrents in the spring. He tries to gauge the distance, wonders if they shouldn’t find a narrower place upstream.

Suddenly he starts; something catches his eye. Kabir sees it too. A cadaver drifts towards them, revolving slowly in the black water, stiff arms scratching at the sky; the tightness in his chest stays with him even after it morphs into a tree-trunk that has been dislodged far upriver by the rains. He tries not to think of it as an omen, or that others may be following behind to capsize their flimsy craft.

His brother grips his hand. His face is a pale disk in the crepuscular light.

Now, at least, they are out of sight of the bridge.

High up on the far embankment the trees judder in the sweep of headlights as the semi-trailers take the curve. Aryan wonders if their truck is already waiting on the other side.

‘This is where I leave you,’ the boy says. He wears a Turkish evil eye symbol on a leather cord around his neck and rarely meets their gaze. With his one dextrous hand he lights a cigarette and the molten tip of it burns a hole in the icy air.

‘Make for that tall tree – can you see it? – just before the river bends,’ the boy says in halting English. Aryan thinks they must be almost the same age. He follows the boy’s finger; he can just make out the skeleton of an oak in the residue of light.

‘When you get there, cut the boat like this.’ He makes slashing movements with a pocket-knife in the air. ‘Turn it over and sink it. Then if they find you, they can’t send you back.

‘After that, you climb the embankment to the road. When you get to the wall, keep low. Wait till you hear the truck stop. You must not speak. Come out only when the driver gives the word.’

With his good hand, the boy undoes the rope that ties the first to the second boat and ushers them aboard.

‘How long till the truck comes by?’ somebody asks.

The boy shrugs. ‘Just wait till it comes,’ he says. His features are gaunt in the darkness that settles on their skin like ash. ‘I go now. Remember, if you get caught, you’ve never seen me. If you get sent back, we’ll take you across again.’

He turns and walks away, a thin crescent that quickly merges with the treeline, leaving only the faint smell of tobacco tracing arabesques over the sodden land.

They push off, skimming across shallows that shiver and pucker in the breeze. There is a hush over the world. Aryan can see Kabir’s profile in the darkness, unruly hair flattened for once by the rain. Opposite, his friend Hamid sits in silence, knees pulled up to his chest. No one speaks, knowledgeable of how the open water can betray them. They have come too far now to jeopardize a crossing as dangerous as their separate odysseys through the deserts and mountain passes of Afghanistan, Kurdistan and Iran.

As the river deepens they feel the current accelerate, the pole sinking into the velvety silt. One of the stronger men works it with both hands; the skiff wobbles as he heaves and pulls. Aryan doubts any of them can swim. He looks back without nostalgia at the land they are leaving behind, and watches the second boat push off from shore.

The current lifts them and takes them rapidly now. Through his feet Aryan can feel its power, like something immense and alive, pushing upwards beneath the boat’s rubbery floor. Already it is taking water and losing air. Soon the man raises the pole; he can no longer feel the bottom, and stands helpless as they glide rudderless downstream. Landfall is slipping away from them; they are going to overshoot. With frightened eyes the men watch the boatman try to keep his balance, striving to find a purchase as the current snatches at his pole. Finally it meets resistance, and with one mighty shove he propels them towards the shallows. The embankment casts a black shadow over the water as they come aground, well below the tree the boy has indicated, on a stony lip of beach.

The other boat struggles, and comes in above them. The men splash into thigh-deep eddies, cursing and losing their footing and clasping at branches that reach out over the river to haul them in.

Aryan watches as the last man on the second boat lifts it and slashes it with his knife. But it is slippery and heavy with water and slithers out of his hands like an eel, and the current spirits it away.

Zero Break by Neil Plakcy
Always Come Home (Emerson 1) by Maureen Driscoll
Pretty Bitches by Ezell Wilson, April
Night Unbound by Dianne Duvall
Mermaids on the Golf Course by Patricia Highsmith
First Into Nagasaki by George Weller
The Diamond Secret by Ruth Wind
Disclosure: A Novel by Michael Crichton
Breaking Your Dog's Bad Habits by Paula Kephart
When We Were Us (Keeping Score, #1) by Tawdra Kandle